This article is the seventh in a series on my month long trip to Ibiza for the closing parties and Amsterdam for the Amsterdam Dance Event.

After a whirlwind 11 events in 8 days with my friend Andres and no essential parties for a few days, I decided to take things easy.  I checked out Bora Bora, which is a famous daytime hangout spot. 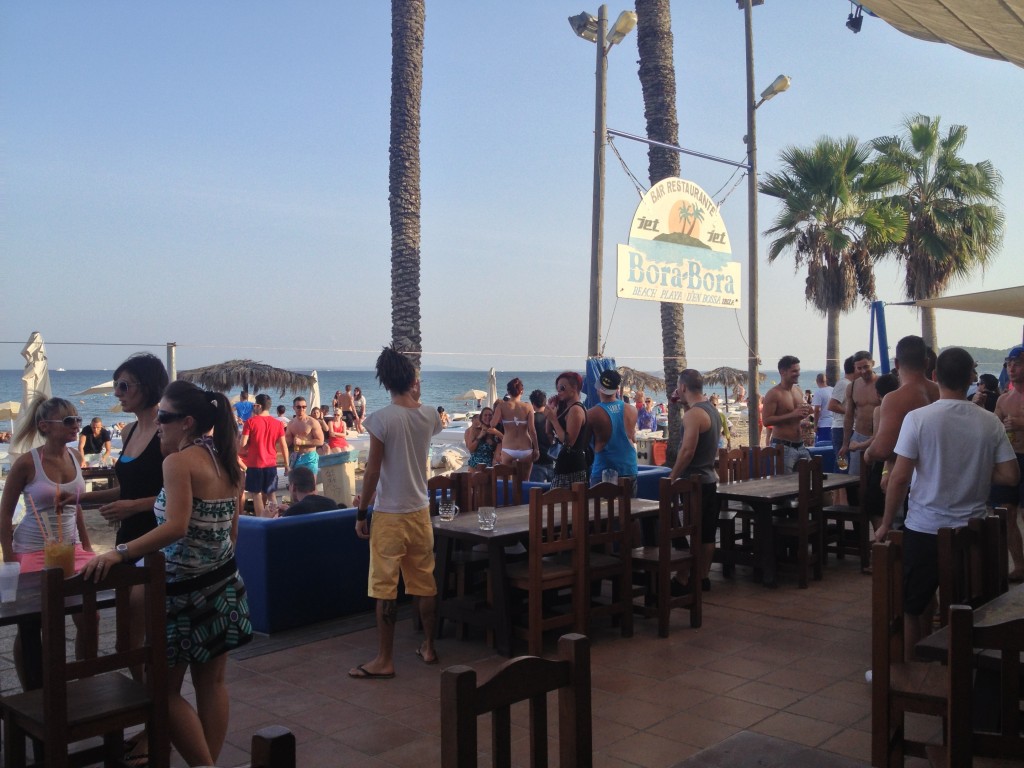 I also walked around a lot in the Figueretes Beach area and ate at some of the seaside cafes that litter the coastline. 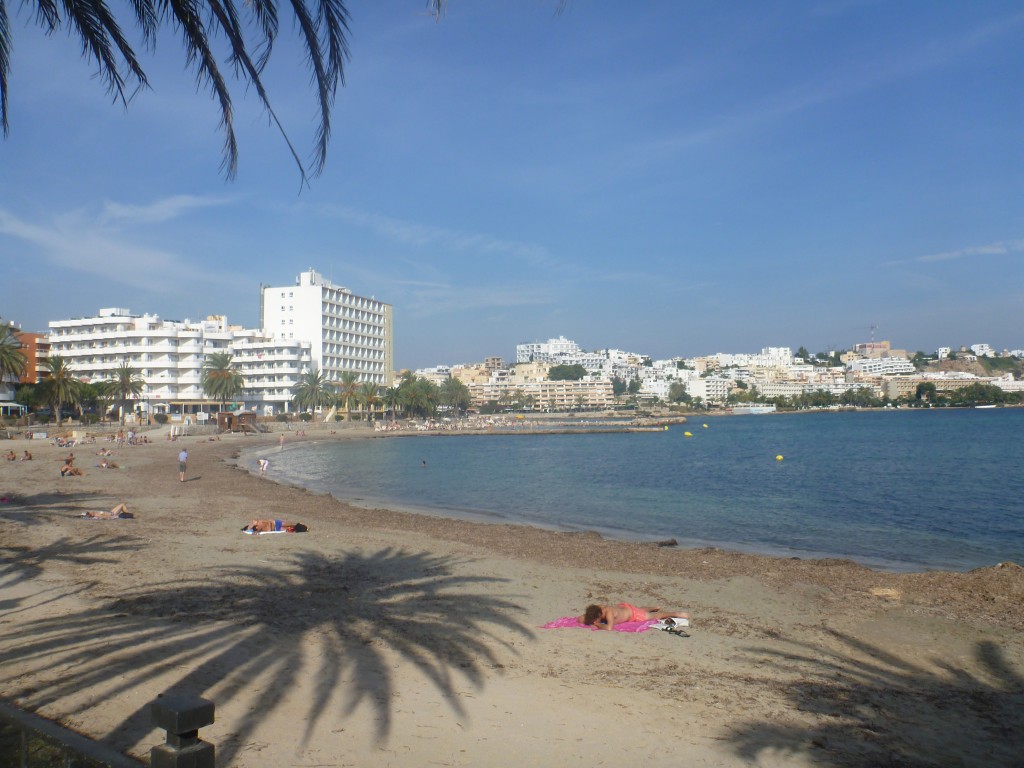 By Sunday, I was ready to get back into action at the massive Space Closing Party.  When Andres had shown me the flyer for this party, I thought for a minute that it was fake! 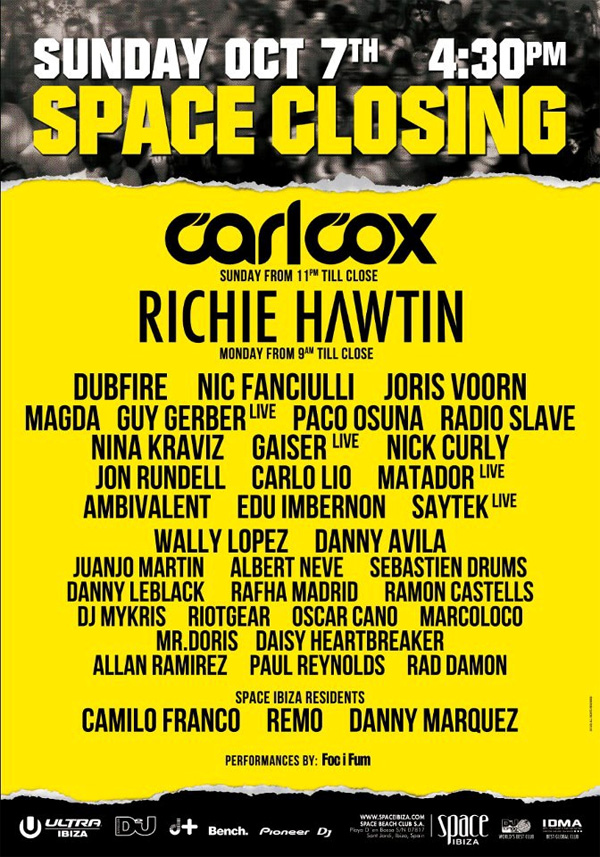 For the opening and closing parties only, Space sets up a special outdoor stage to accommodate all of the awesome DJs they have.  This year it was called the Ultra Stage headlined by none other than Carl Cox. Here is a video of Carlo Lio and Dubfire warming the crowd up on that stage.

I only caught part of Carl Cox and instead moved inside to hear Nina Kraviz who I haven’t heard that much before.

Magda then came on with her signature brooding sound.

Next up was Gaiser with an awesome live set.

Matador also had a really incredible live set.  I didn’t remember him being this good! He really struck me as the up and coming M-NUS label artist to watch.

But at 4:00 came the guy I was really waiting for, Richie Hawtin!  Since I got to Ibiza too late for the Enter Closing party, this was my first shot at seeing him.  He didn’t disappoint with a high energy set as usual.

After his set, I caught the end of Guy Gerber too, and then called it a night (as much as you can at 9 AM).  Because the massive Circo Loco Closing party at DC-10 started in 3 hours! 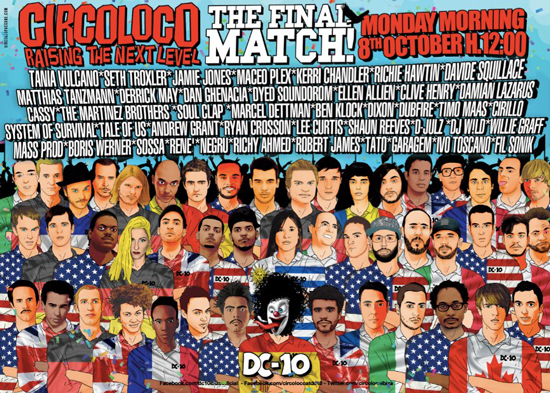 I got to Circo Loco reasonably early because I heard it was always wall to wall people and saw they had set up a special outdoor stage in the courtyard.  I ended up hanging out with these awesome guys from Belgium that I had met earlier in the trip. 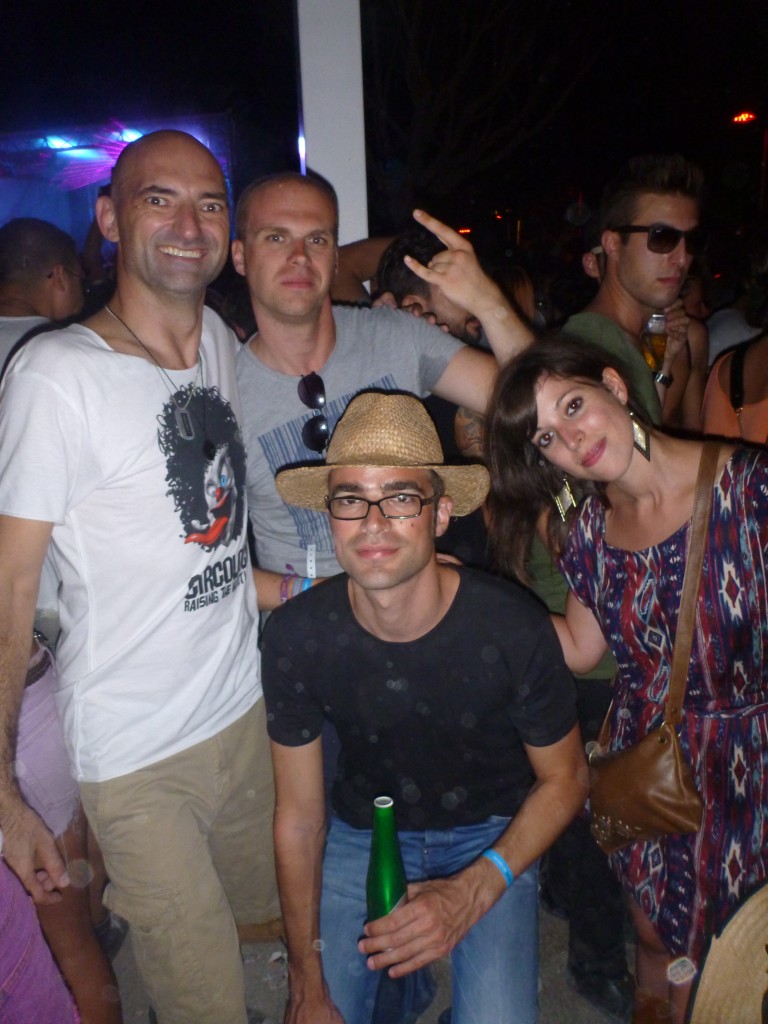 Here I got to see Seth Troxler getting funky.

And also dropping some classics mixed in a new way.

I caught a bit of Squillace and Tanzmann before going inside to see Richie Hawtin again, one of my favorites.

After he was finished, Damian Lazarus came on who blew me away at Burning Man.  He played several of the same tracks including this distinctive one.

But the best was yet to come! Maceo Plex was the final DJ on the terrace and it ended up being my favorite set of my whole time in Ibiza, constantly surprising you with the transitions.

At one point during the set, he had one of those particularly nasty drops that makes you make a horrible face (some of you know what I mean).  And I look over and this guy from Italy is making the same face!  So I had to get a picture with him and our “Nasty drop faces.” Haha. 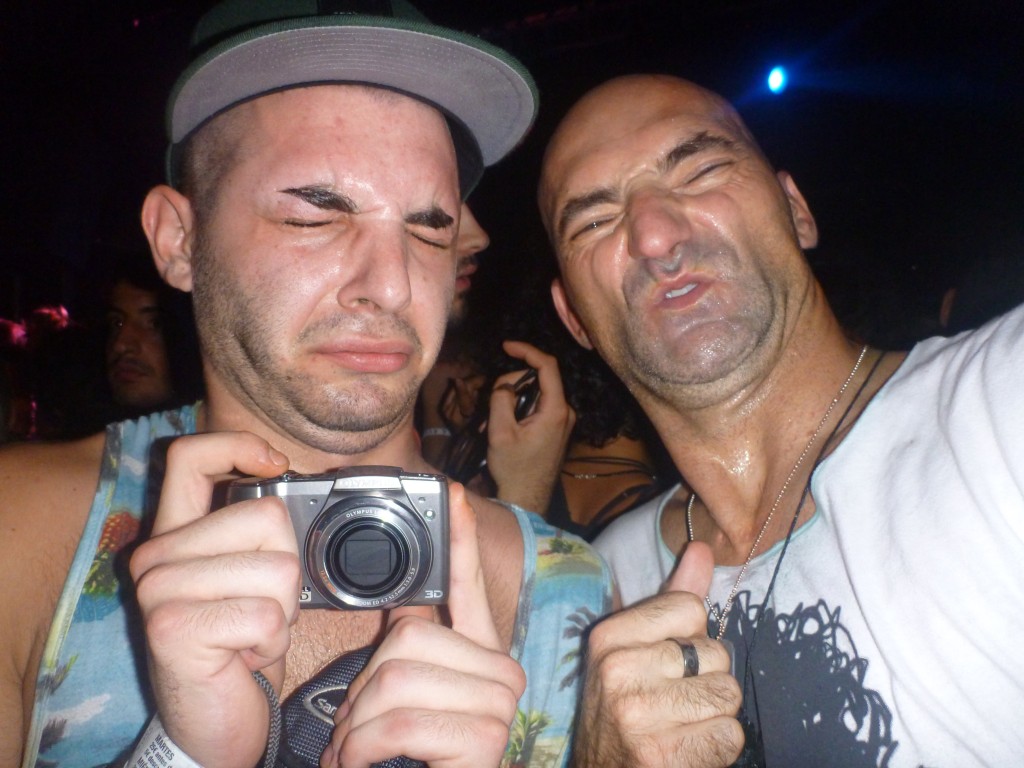 After that party ended, I went home and slept some before going to the free Circo Loco after party at La Sal.  Wow it was packed. 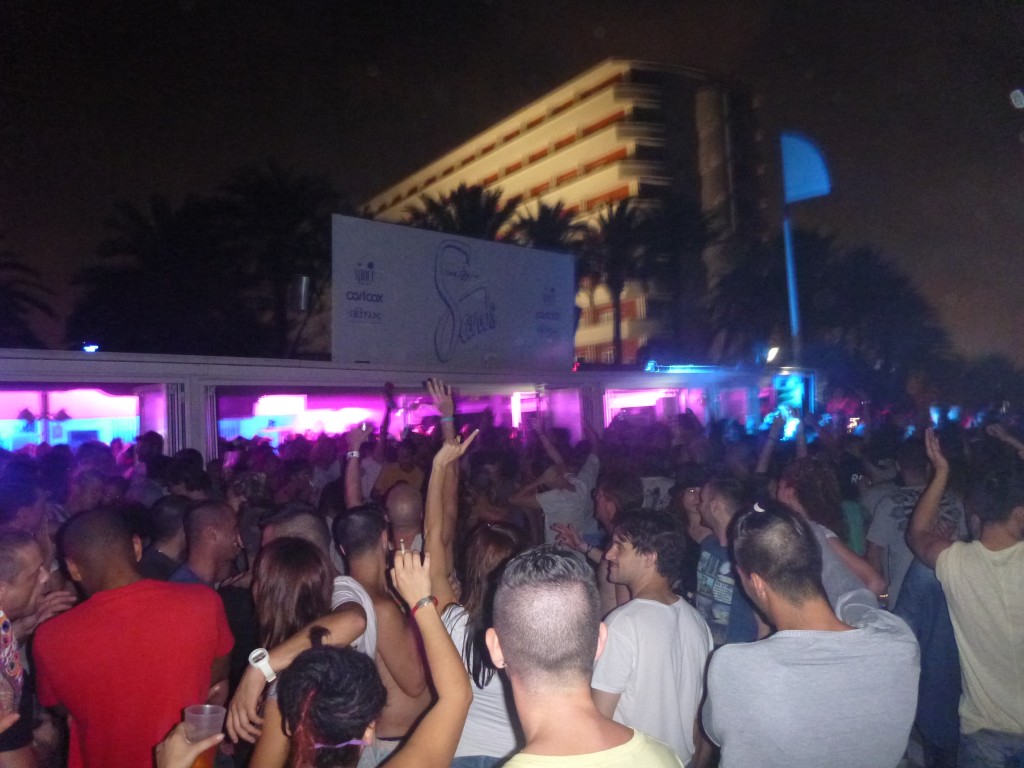 I met up the guys from Belgium again and I came up with the bright idea to get them to help me finish off this gargantuan bottle of Vodka I had bought two weeks before. 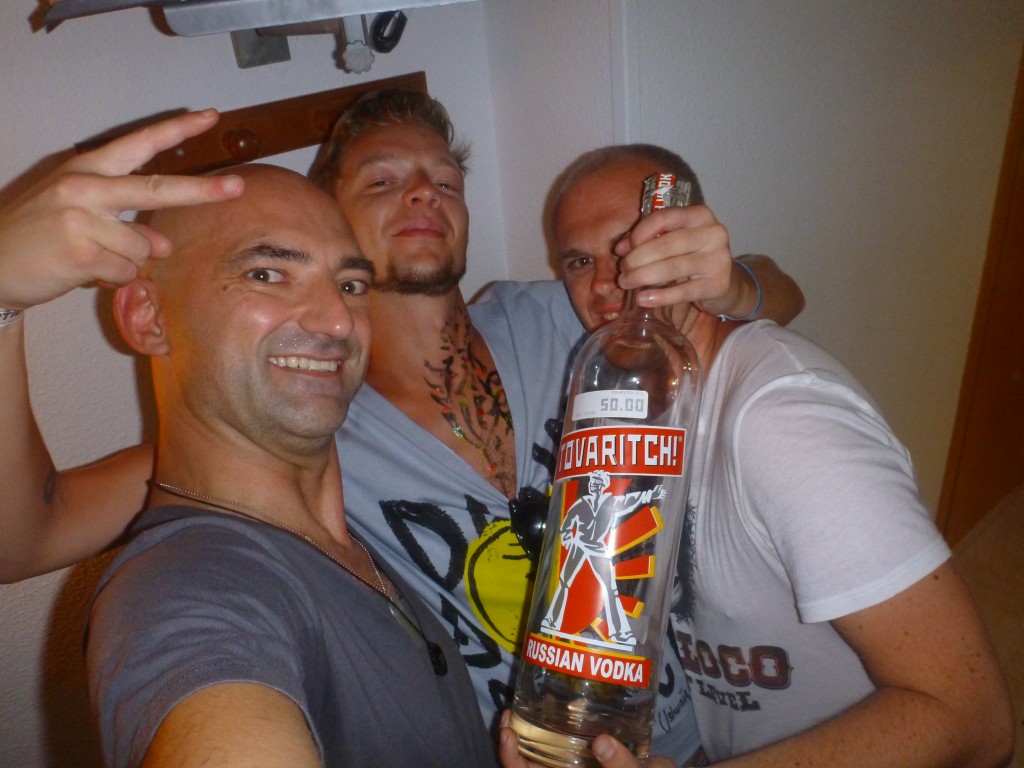 This made the decision to go to the closing party at Sankeys a bit easier. We had a good time! 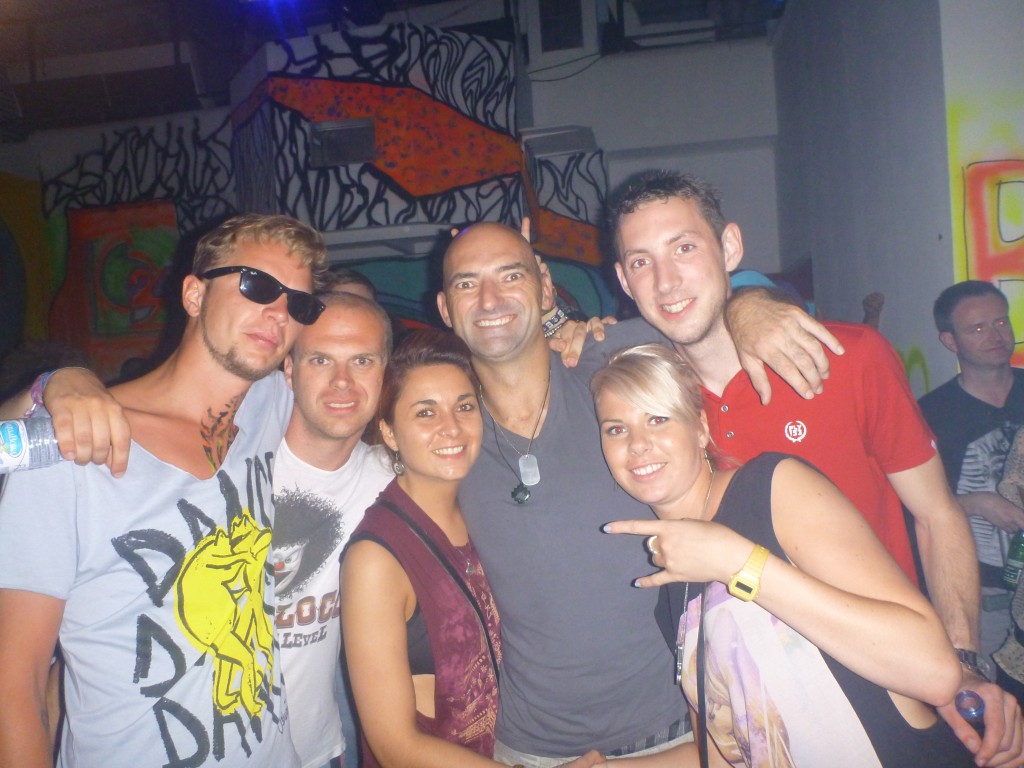 As I wandered home at 7 AM with my flight leaving at 10:30 AM, I reflected on my time on the white isle and the memories I created.  As I got to my hotel room, I decided to rest my eyes for just one minute before I packed up my stuff.  When I woke up 3 hours later at 10:45 I knew I was in trouble and had missed my flight out!  Standard.  See what happened next in my next article!