This is the fourteenth post in a series about my 2013 trip to Ireland, Scotland and Great Britain. Part of the free plane tickets were funded by the 40,000 point sign up bonus of the Chase Sapphire Preferred card.

The “Drambuie Incident” behind us, we enjoyed the train ride to Inverness.  It was at this point that I made the possible mistake of opening another bottle of wine.  Things got a little fuzzy for me after that but I remember my Dad trying to take away my glass unsuccessfully with me insisting I bring it not only in the taxi to the hotel, but also into the lobby while we checked in.  A word of advice, when a Scotsman offers you a drink, tread carefully.

We stayed in a Holiday Inn Express for a rate of 93 GBP which was fine because we wanted to get an early start and the free breakfast would be nice.  The next morning, we took a taxi back to the train station and rented a car for the drive along Loch Ness. 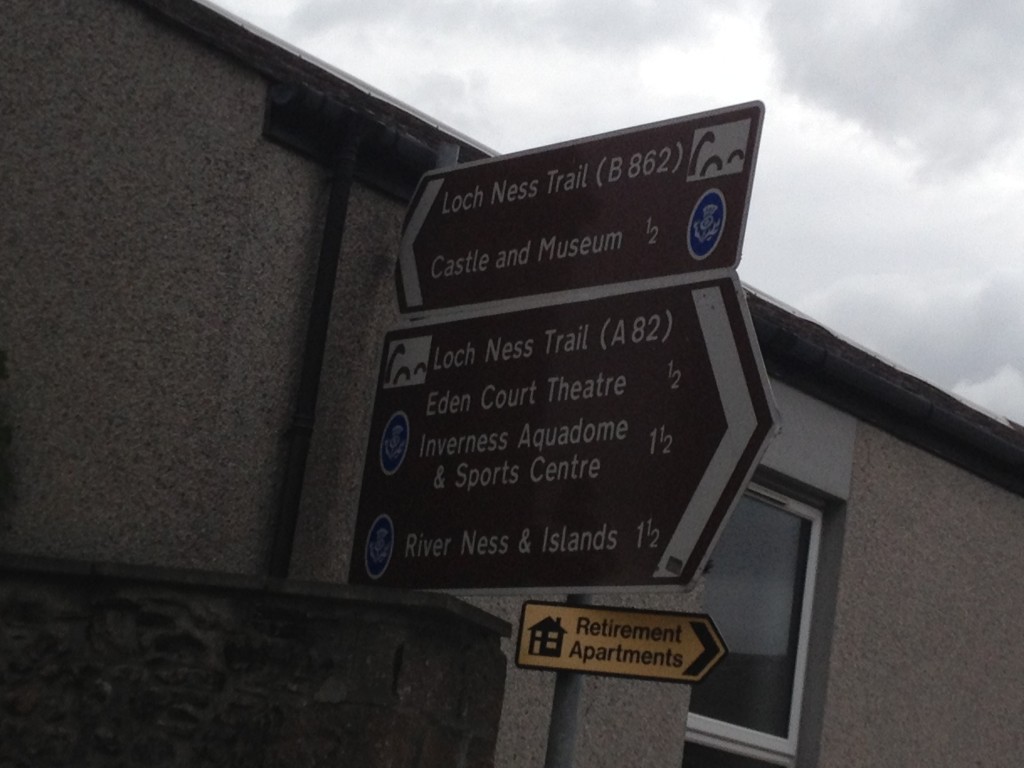 Loch is just the Scottish word for lake and Loch Ness is the spot where people over the years have seen the fabled “Loch Ness Monster.” Naturally I wanted to see Nessie too!  This was the closest I could come however… 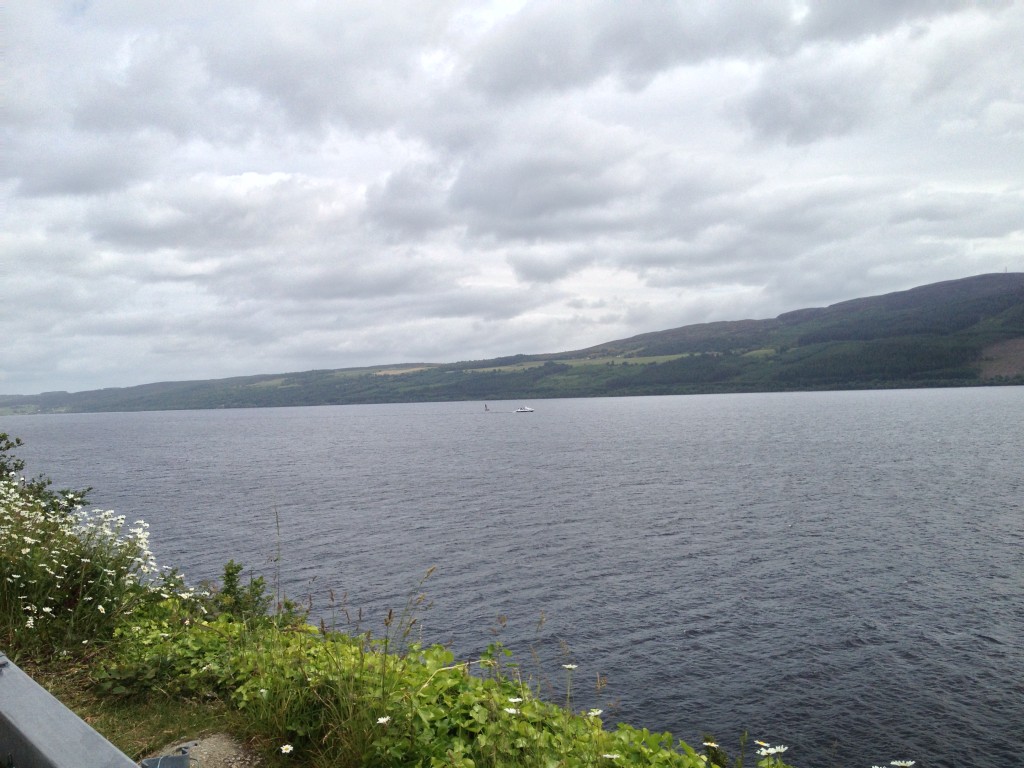 After a beautifully scenic drive along the coast, we came around a curve and saw Eilean Donan Castle for the first time. 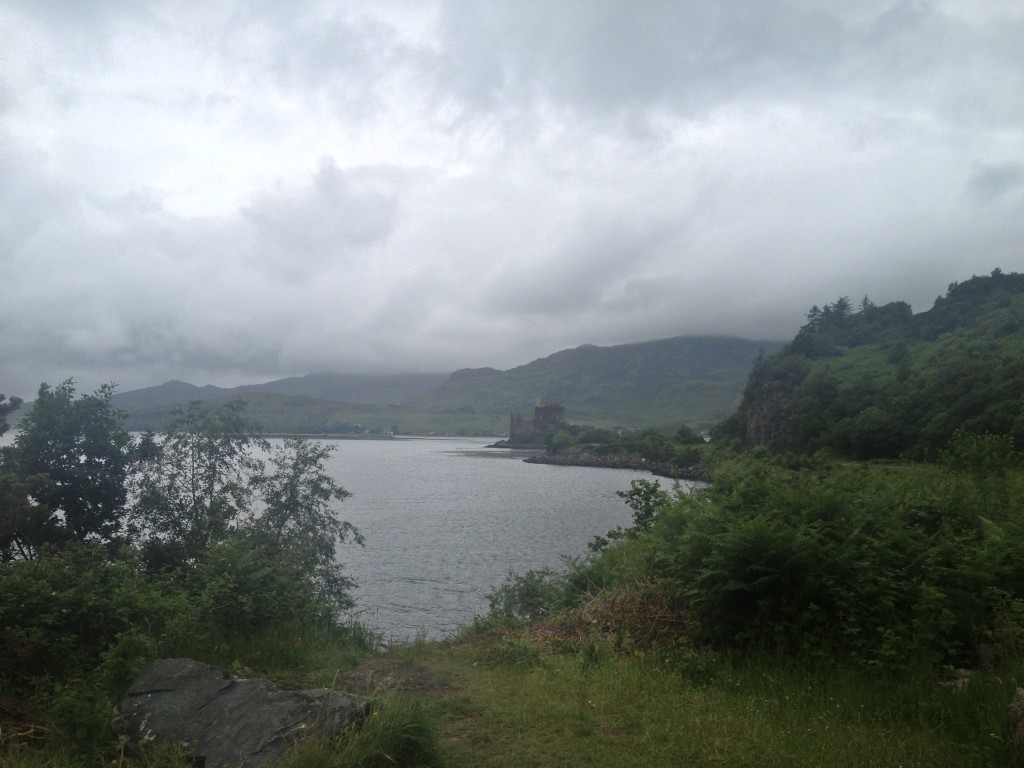 It is situated on an island bordered on three sides by water and was a great defensive stronghold in it’s day. 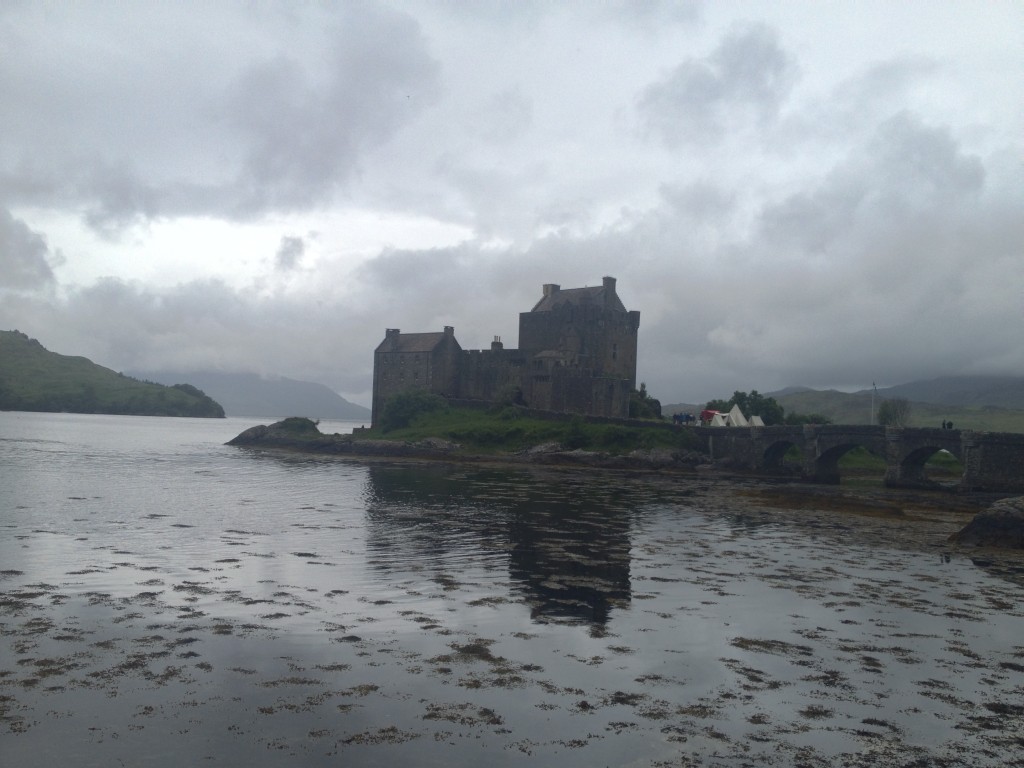 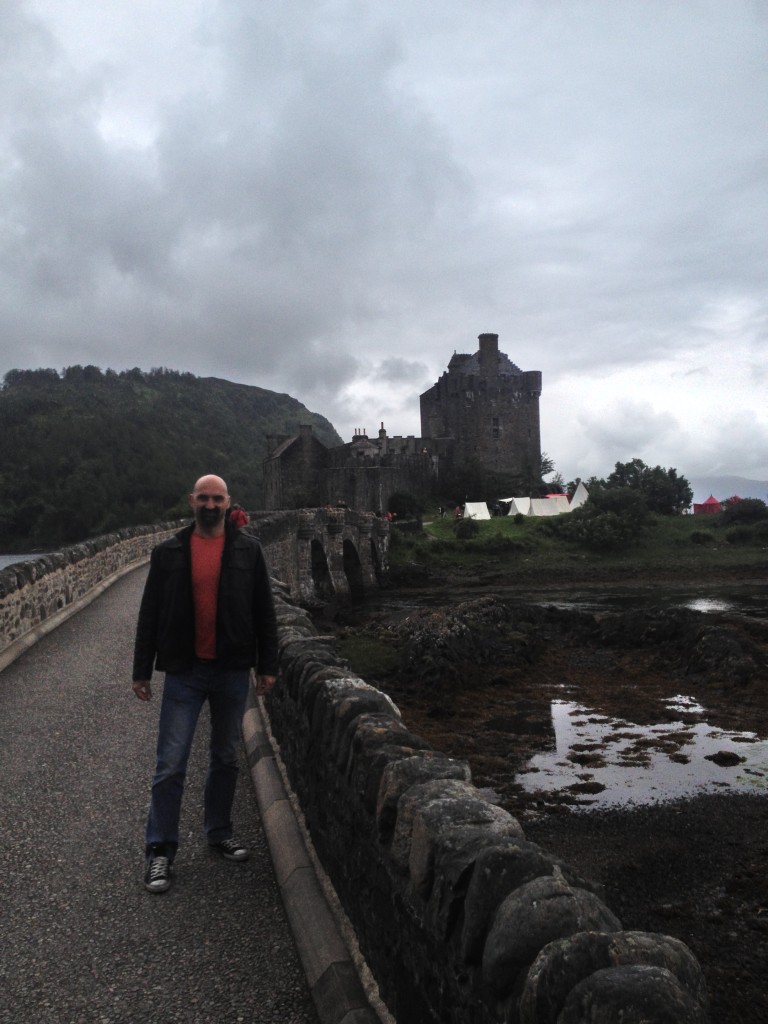 However, with the advent of the cannon it didn’t fare so well, and it ended up being blown up after being overrun by the Spanish in 1719.  The current castle was rebuilt in 1919 based on the original drawings and the ruins that were still in place. Here is my Dad standing in the interior courtyard. 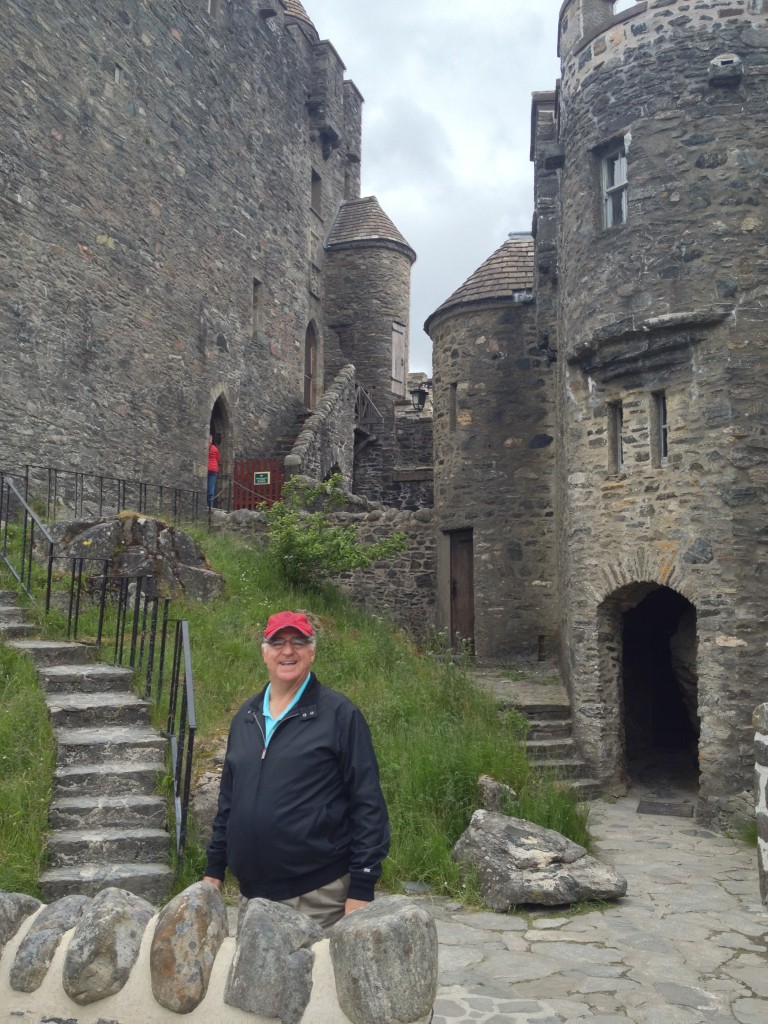 We had the good luck to go on a reenactment day where people were dressed up in outfits of the day and were firing muskets etc.  It gave a nice authentic feel to the castle visit. 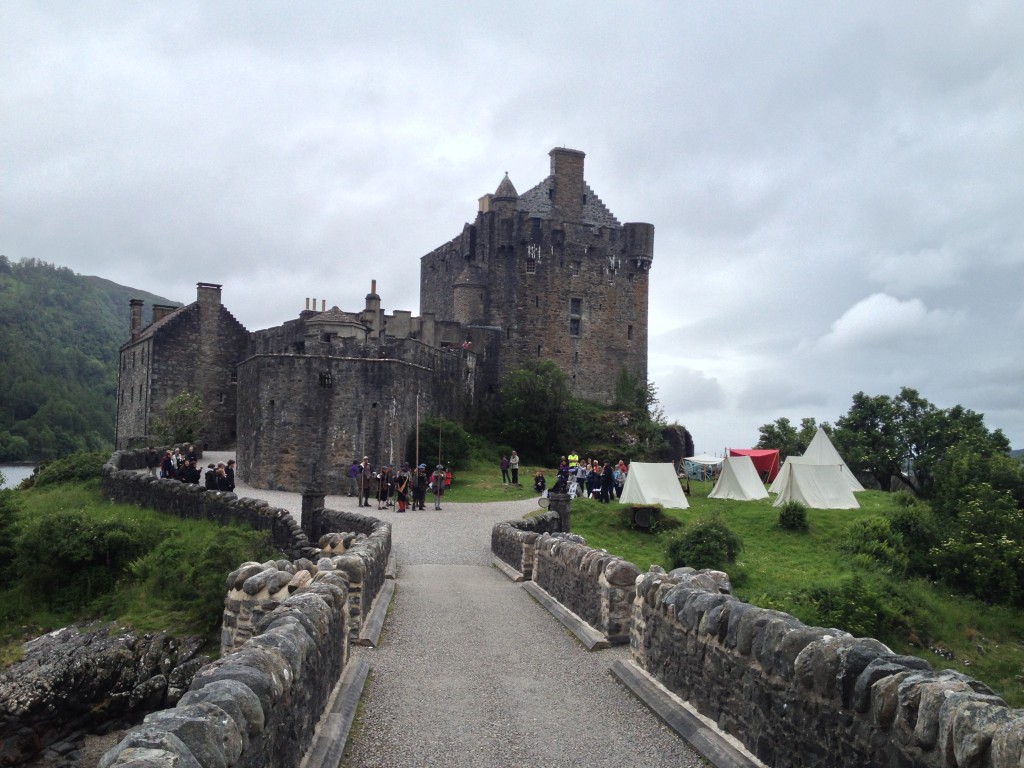 On the way back we made a quick stop at the ruins of Urquhart Castle which is situated on Loch Ness. 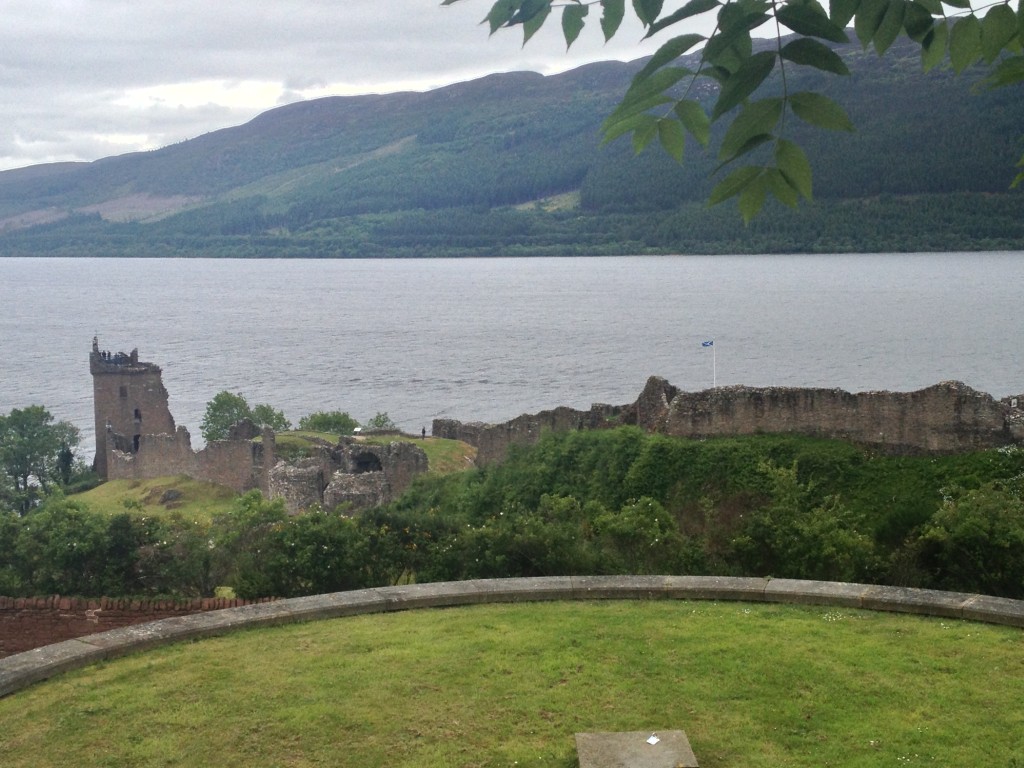 We returned the car after a long day and hopped on the train down to Ayr, where Turnberry Golf resort is located.  Since I have Platinum status with SPG (due in part to the 2 stays credit I get from my Business SPG Amex), SPG properties are one of the first I check when I travel.  Turnberry is part of their Luxury Collection and normally charged 330 GBP per night! 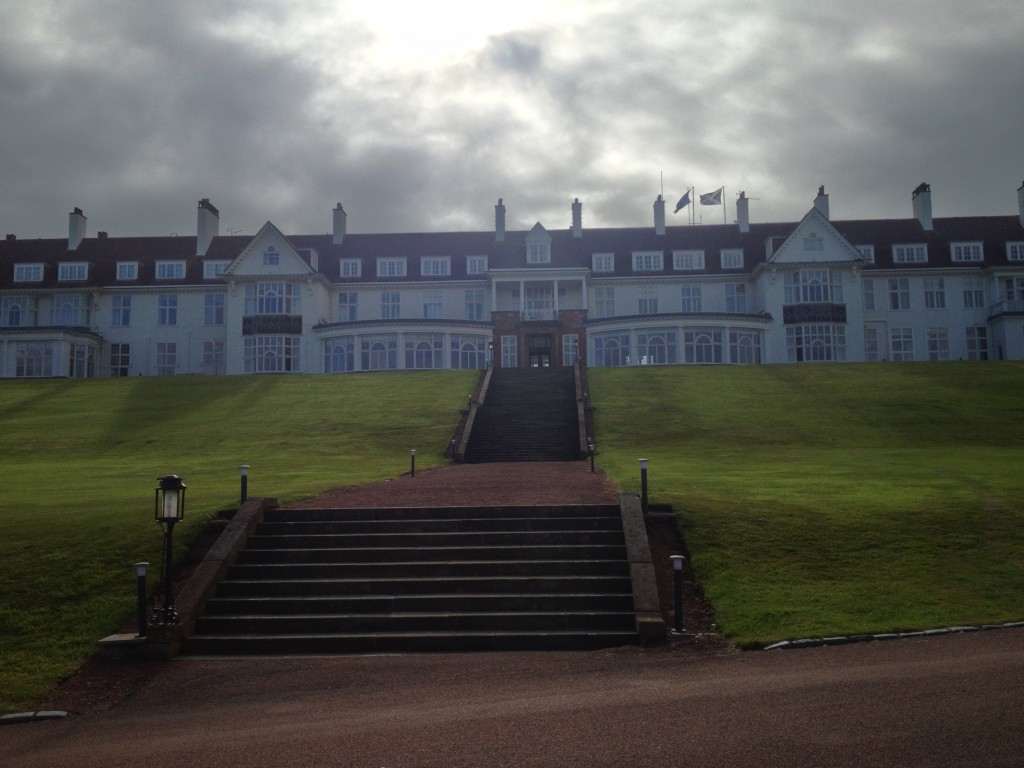 However, on the dates we were there I was able to score a cash and points rate of 6000 Starpoints and $110. We arrived late but had time to grab a great meal at the restaurant at the hotel including Steak Tartare. 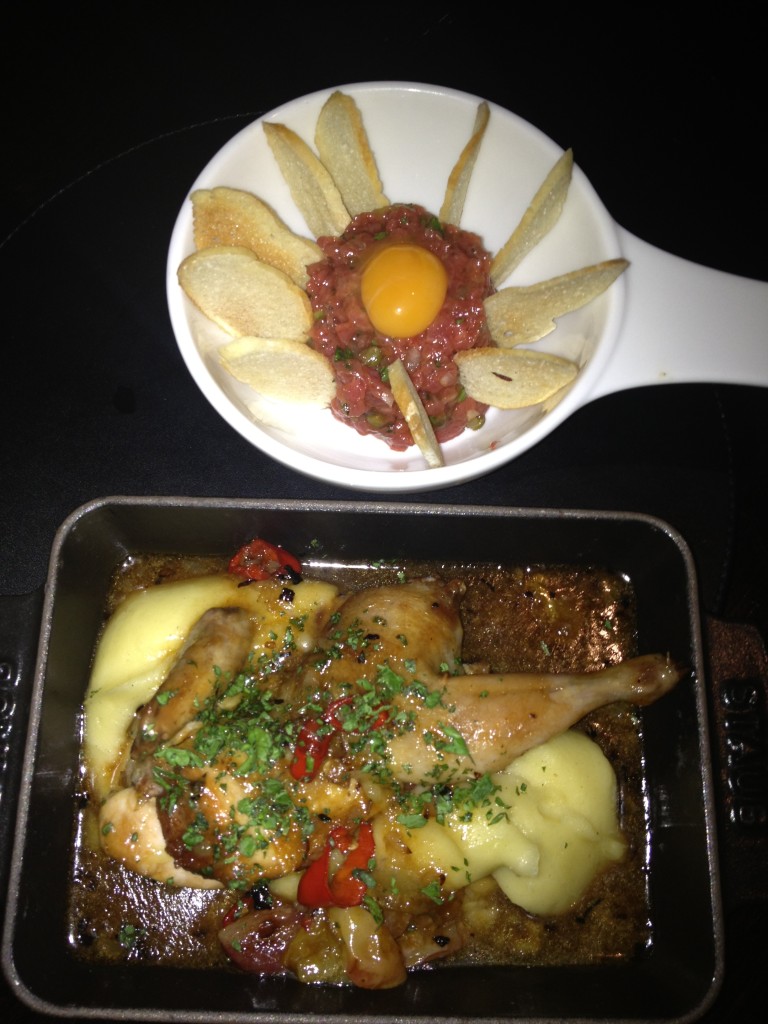 The next morning I slept in while my Dad played another round of golf and I was able to get some pictures of our room which was quite nice. I felt like it was critical to take a bath when it had a view like this! 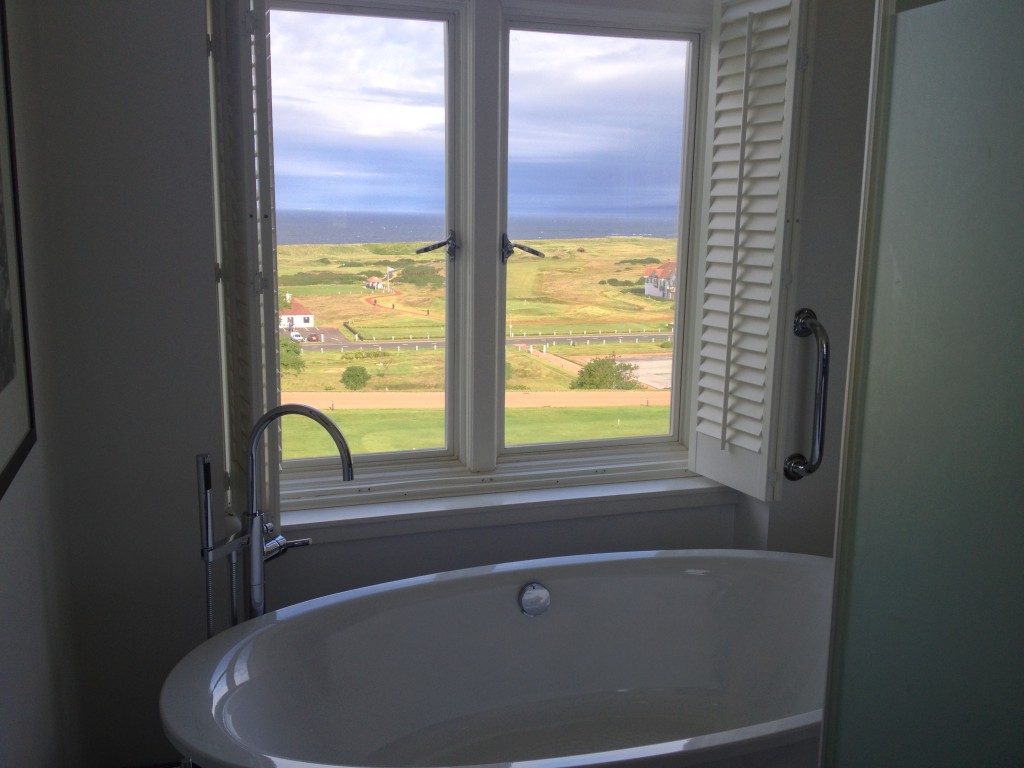 I also took a few shots outside of the view from the hotel of the golf course, the sea and their signature lighthouse which is located on one of the holes. 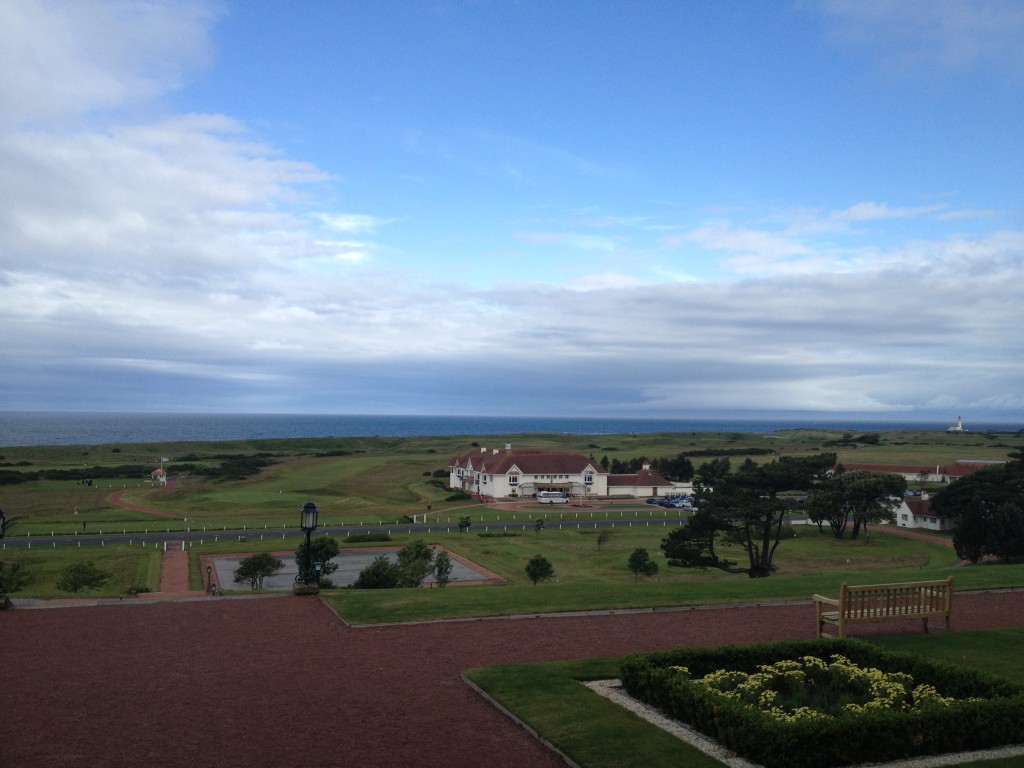 I had originally planned on taking the train from Glasgow to London, but since we waited until the last minute to book the fares were over 100 GBP each and it would take 7 hours.  I checked online and there were frequent flyer seats available using British Airways miles for only 4500 miles and $22.50 in taxes one way so I decided that was the way to go.  Next stop London!