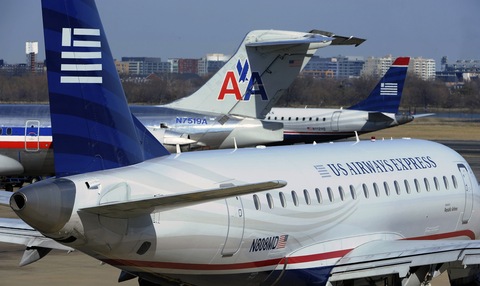 If any of you have been following the news like this article in Forbes, you know that US Airways and American Airlines made some changes to their merger plans that allowed them to get the blessing of the Department of Justice.  This included giving up some take off and landing slots in Washington D.C. and New York, and two gates in Boston, Miami, Dallas, and Los Angeles.  In general, I think that more choice in airlines is better, but American wasn’t able to compete for a variety of factors so this needed to happen to get them out of bankruptcy.

What does this mean to the Travel With Miles reader?

Even though US Airways is technically the acquiring company, in practice American will be the surviving entity, keeping the American Airlines name.  Currently Citibank is deep in bed with American, issuing many different credit cards for them and even pre buying a billion dollars worth of miles in 2009 to help them survive.  The US Airways card is issued by Barclays and while it will take some time to get integrated, from what I have read, the Barclays card will be going away. US Airways miles will become AAdvantage miles so a good way to get a bunch of AAdvantage miles will be to get the 40,000 Mile US Airways card now and then those miles will be rolled into your AAdvantage account when the merger is complete.

Aren’t they in different alliances? 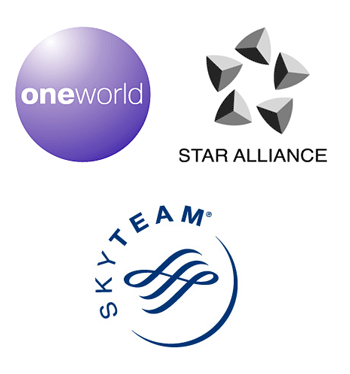 If you have read our article on the ABC’s of Airline Alliances you know that US Airways is in Star Alliance and American is in OneWorld.  They have announced that the new airline will be in Oneworld and there will be a “quick exit” from Star Alliance after the Merger is complete.  They have also stated that you will be able to get reciprocal elite benefits and mileage earning starting on January 7 2013.

What this means is if you have been banking US Airways miles and were planning on using them for some of the Star Alliance sweet spots like 90K miles for business class to North Asia via Europe or 25K/30K for coach/business from South America to South America then you might want to make those bookings sooner rather than later. When they merge with American, the cost for both of those trips will likely be much higher.

There are some deals that are better on the American side that will hopefully remain such as a Round the World trip such as the one I took (up to 35K miles flown) in Business Class for 190K which would cost 300K with US Airways today.  If you have a specific trip in mind, take a look at the US Airways Chart and the American Airlines Chart and see what makes the most sense for you.  If you don’t have enough miles to get a good trip with either of them, then your best plan might be to wait until they combine and you have enough!

For better or for worse this merger is happening so I just wanted to help you think about some of the issues to consider so you can make the best decisions about what to do with your hard earned miles. I know I have some choices to make!