This is the sixteenth post in a series about my 2013 trip to Ireland, Scotland and Great Britain. Part of the free plane tickets were funded by the 40,000 point sign up bonus of the Chase Sapphire Preferred card.

One of the great things about using frequent flyer tickets is that you can build in mini trips as part of the larger trip by utilizing layovers.  For example, our flight home from Dublin on Lufthansa routed through their hub in Frankfurt.  On an award ticket, it is the same number of miles if you have a 2 hour layover or up to a 24 hour layover.  So if you are travelling through an interesting city as part of your routing, consider not taking the first available next flight, but instead building in a mini-trip in that city! Since I hadn’t been to Frankfurt and because of the business class availability on the return flight I ended up booking a flight that arrived at 3 PM and didn’t leave until 1 PM the next day. This gave us 22 hours including an overnight to see the city.

The Frankfurt skyline was nice and you really felt that this was a center of commerce for Germany.  We took the train into town from the airport for 5 Euro and checked into the Holiday Inn Express that was right near the Hauptbahnhof at a rate of 114 Euro. It was nice, clean and in an urban neighborhood which was close enough to walk around and see some sights. We started by walking along the Main River which was a beautiful spot. 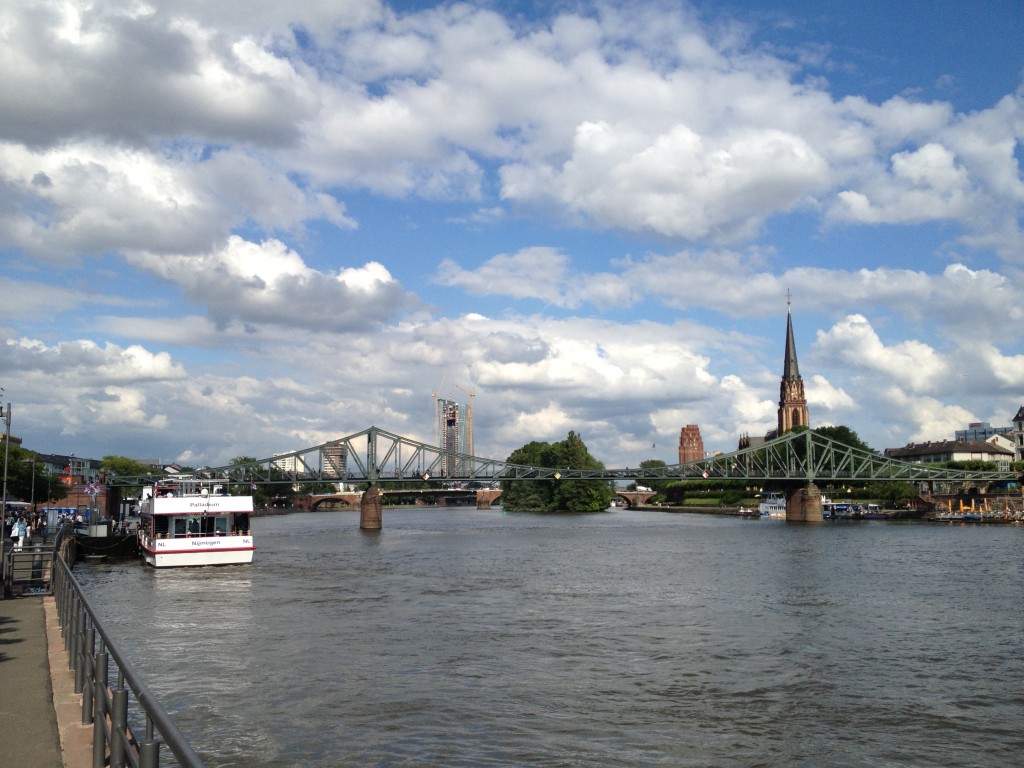 We started off in the Römerberg area and saw the Frankfurt Cathedral. 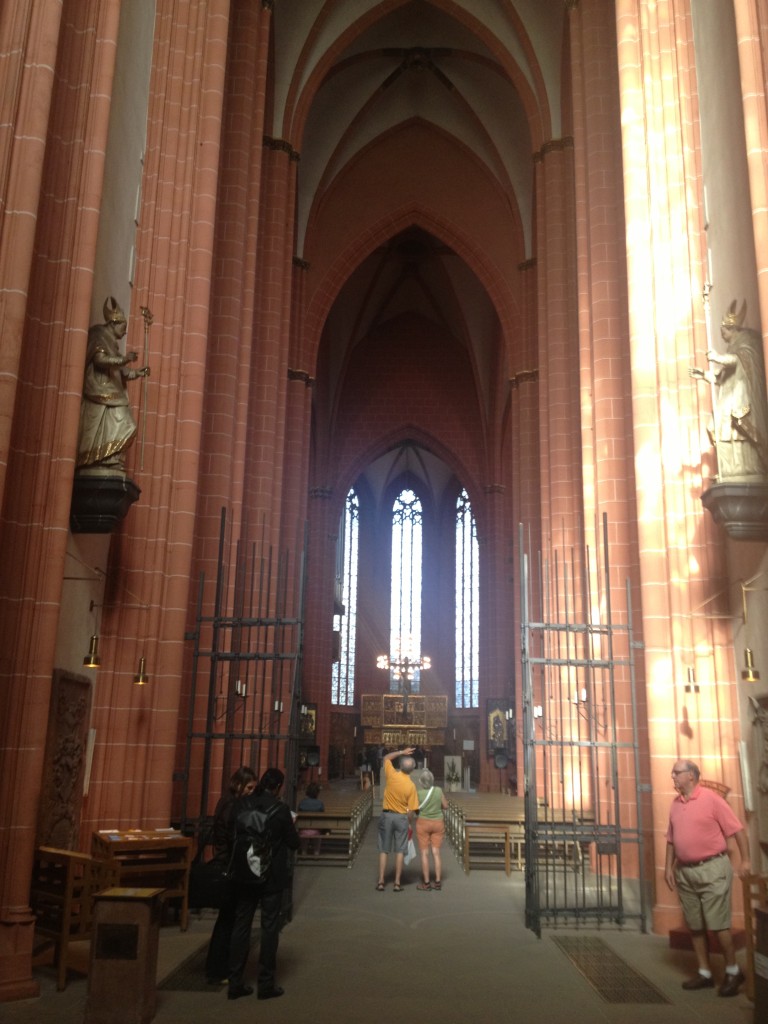 There was an Iron Man Triathlon that day too which created a good crowd watching experience. Frankfurt was a neat city and one that I will definitely explore again.

We had a couple of good German beers but then slept reasonably early because we had plans to check out the lounges in the Frankfurt airport. Next stop, our Lufthansa flight on the 747-800.  I was really looking forward to flying on the upper deck in Business Class and I was able to get my Dad upgraded to their new First Class which I was excited to see.