One of the things that trips up newbies as they go through our Getting Started Guide and our Easy Quarter Million program is that we sometimes use Miles and Points interchangeably.  Why do we sometimes say one and sometimes the other and is there a difference?  To understand, you need to look at the history of the frequent flyer programs.

Back in 1979, Texas International Airlines created the first Frequent Flyer program that gave you “miles” for each mile flown and then gave you rewards for the accumulated miles.  Other airlines eventually followed suit with mileage based frequent flyer programs of their own.  So far, so good.  The problem came when hotels wanted to have loyalty programs too.  Miles doesn’t make as much sense when it comes to hotel rooms and while “Nights” would have been easy, it made it hard to offer promotions without strange fractions so they came up with “Points” instead.  Almost all of the hotel programs award points based on dollars spent which makes it fundamentally different than airlines which are independent of price. 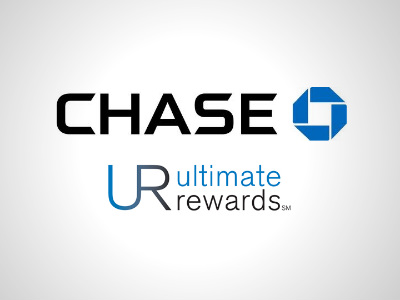 When they started to tie credit cards to award programs, it initially was pretty straightforward.  One mile or point for each dollar became the standard.  But when American Express came out with their Membership Rewards program and then Chase followed with Chase Ultimate Rewards it created a new type of Hybrid program.  If you look at our Top Credit Cards page you will see what I mean. Hybrid programs allow you to redeem your points for cashback, merchandise, or transfer to both airline and hotel programs.  This additional flexibility increases the value substantially.  If you are a few thousand miles short for an award ticket, transfer some points to your airline of choice.  If you have a great fare where you will earn a ton of miles, maybe using the points to pay cash for the ticket makes sense, etc.

Things get even more complicated

If that wasn’t enough, some new credit cards have programs that call themselves “miles” programs but really are cashback programs.  For example, the Barclaycard Arrival PlusTM World Elite MasterCard® gives you two “Miles” for each dollar spent, but those miles can’t be transferred to any airline or hotel program.  Rather they have a fixed redemption value of 1% when you use them for travel expenses.  So this is really a cashback card masquerading as a miles earning card.  But that is why you are reading this blog to make sense of all of this, right?

So what is the value of a point or mile?

I will give you some rules of thumb in a minute, but first want to say that the value can be highly variable depending on how you want to use them.  For example, if you redeem 25,000 American Miles for a flight from Miami to Orlando that would have cost you $119 to buy, you are only getting about 1/2 a cent per mile ($0.005 cents per mile).  If you redeem 100,000 American Miles for a business class ticket to Europe that would have cost you $5,000, you are getting 5 cents per mile ($0.05 cents per mile).  So you can get 10 times the value for your miles if you are smart about it! Whether I would actually ever pay $5,000 for that ticket is something that needs to be considered in determining value but I’m not going to discuss that today.

For some rules of thumb I usually won’t redeem airline miles unless I get at least 2 cents of value on the ticket.  Hotel points are more variable than airline miles, with SPG and Hyatt points being the most valuable at around 1 cent per point (although I have gotten as much as 8 cents per points with SPG before with cash and points bookings) but with other hotel programs you are lucky to get 1 cent per point in value.  Membership Rewards and Chase Ultimate Rewards are the most valuable I would say at a minimum of 2 cents per point since you can transfer them to multiple airlines.

I hope this shows you the difference between miles and points and how the value can vary depending on how you redeem them.  The best way to learn the tricks of how to get the most value is by reading our articles here on Travel With Miles!