I have had a love affair with the Bluebird card since I wrote my first article about it back in 2012. I literally use this card every single month to spend money without spending money and make thousands of miles every month! You can even use it to earn miles for paying your mortgage or rent! Oh, and did I mention that it is completely free to apply for, doesn’t need any credit and has no annual or monthly fees?

I’ve earned 12,000 Ultimate Rewards points so far in the last 48 hours from the OfficeMax deal I wrote about yesterday and will earn even more over today and tomorrow.  As I wrote in that article, you can set the PIN code for the Visa cards and then you can take them to Walmart, load them to your Bluebird and then pay off the credit card you used to purchase the gift cards.  I have written in the past about how to load your Bluebird account from the Walmart Kiosk with no fees, but when I went to my local Walmart, their kiosk was out of order! (shocker!) I had read that you can also load your Bluebird  at the Walmart register using a gift card with PIN so I decided to give it a shot!

I will tell you that the employees often times won’t know exactly what to do so you might have to walk them through it.  I had purchased two different sets of gift cards yesterday. One of three $200 Visa gift cards, and then one of five $100 Visa Gift cards (I got the $100 because the second store didn’t have the $200 ones).  Since you can only load $1000 per day to the Bluebird, I took the three $200 cards and four $100 cards in with me after I had set the PIN online for each of the cards.

Step 1: Make sure the PIN is set on all of your gift cards.

The cards in the OfficeMax promotion I talked about yesterday allow their PIN to be set either at a web site or via a mobile app.  I used the mobile app yesterday so I could literally set the PIN code in the car right before I went to Walmart.  It is easy! 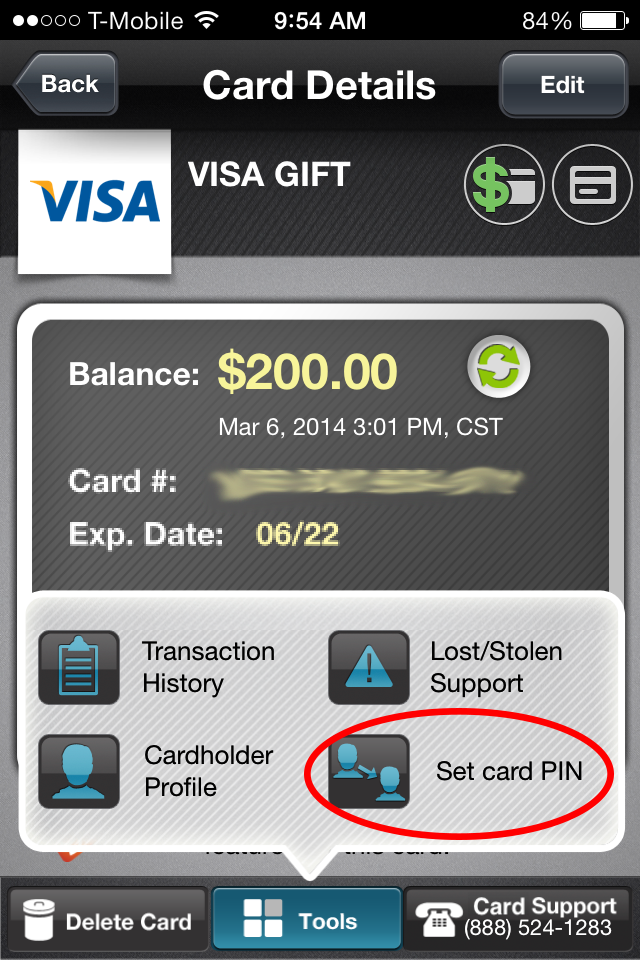 Sometimes the associate might need to ask someone how to do it, but most of the time, they have done it before.  You swipe you Bluebird card on the PIN device and tell them the amount you want to load.  I initially tried $1000 which is the daily limit for Bluebird.  The touchpad (where you just swiped your Bluebird card) will confirm your amount. 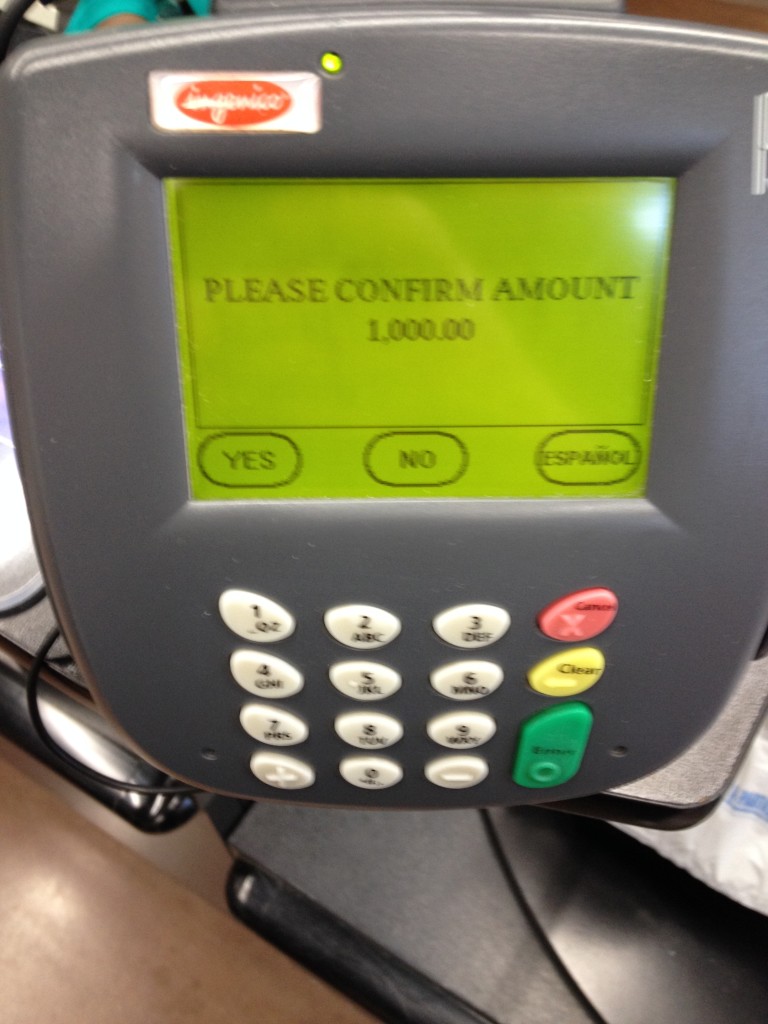 Step 3: Use your gift cards and PINs to pay for the load.

I told the associate I wanted to split up the $600 load with 3 payments of $200 each and would be using a different debit card for each one. She did something on the register then said go ahead and I swiped my $200 gift card.  Then I entered the PIN code when it requested it. 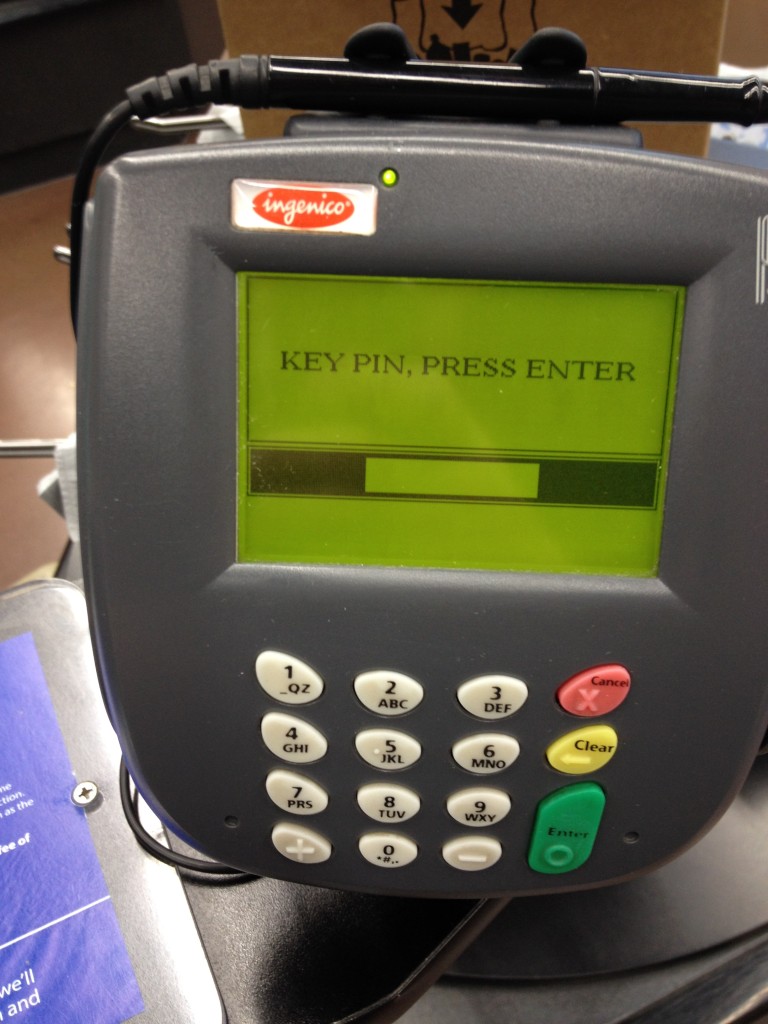 The balance due decreased by $200 then I repeated the process two more times with two additional gift cards until the full balance was paid.  The register then printed out a receipt stating that the load was successful.  I then did two more transactions to load $200 each to max out my $1000 for the day on my Bluebird.

I would recommend using the Kiosk if your local Walmart has one so you don’t have to interact with the employees which may not know the process.  But if the kiosk is broken or if your local Walmart doesn’t have a kiosk, then the register works fine.  You might just have to be patient with the associate and follow this guide to help them through the process. You may also run into someone who tries to say that you can’t use a gift card to load to your Bluebird, but just assure them that you have done it before and it works fine.  If you do it all correctly, they shouldn’t even know you are using gift cards since they process just like a debit card.