This is part 3 of a series on my trip to Austria, Germany and China.

My friend Andres and I missed our flight to Newark from Miami so had to take the next available flight.  This flight gave us a tight connection time to make the transfer from Newark to JFK airport via Penn Station in Manhattan.  This also meant we wouldn’t be able to have our lunch with friends in New York City which was unfortunate.  We ended up getting to JFK with only about an hour to spare and when we were checking in we got the bad news: Lufthansa was having a strike so they had put all of the JFK-Frankfurt passengers on our Austrian Airlines flight from JFK to Vienna.  This meant that our flight was oversold and since we had not assigned our seats ahead of time, we had been downgraded to economy class instead of business class! They said that there was one business class seat available but we both wouldn’t be able to sit there.  While we were deciding who would get the business class seat (flip a coin anyone?) we asked what the compensation package was for the economy seat.  They told us it was a whopping 750E (approximately $1,024)!  For that price, both of us would be willing to tough it out in economy class! The gave it to us in a prepaid Maestro card (which can be used at most ATMs or like a Mastercard) with PIN access so we could take out cash too. 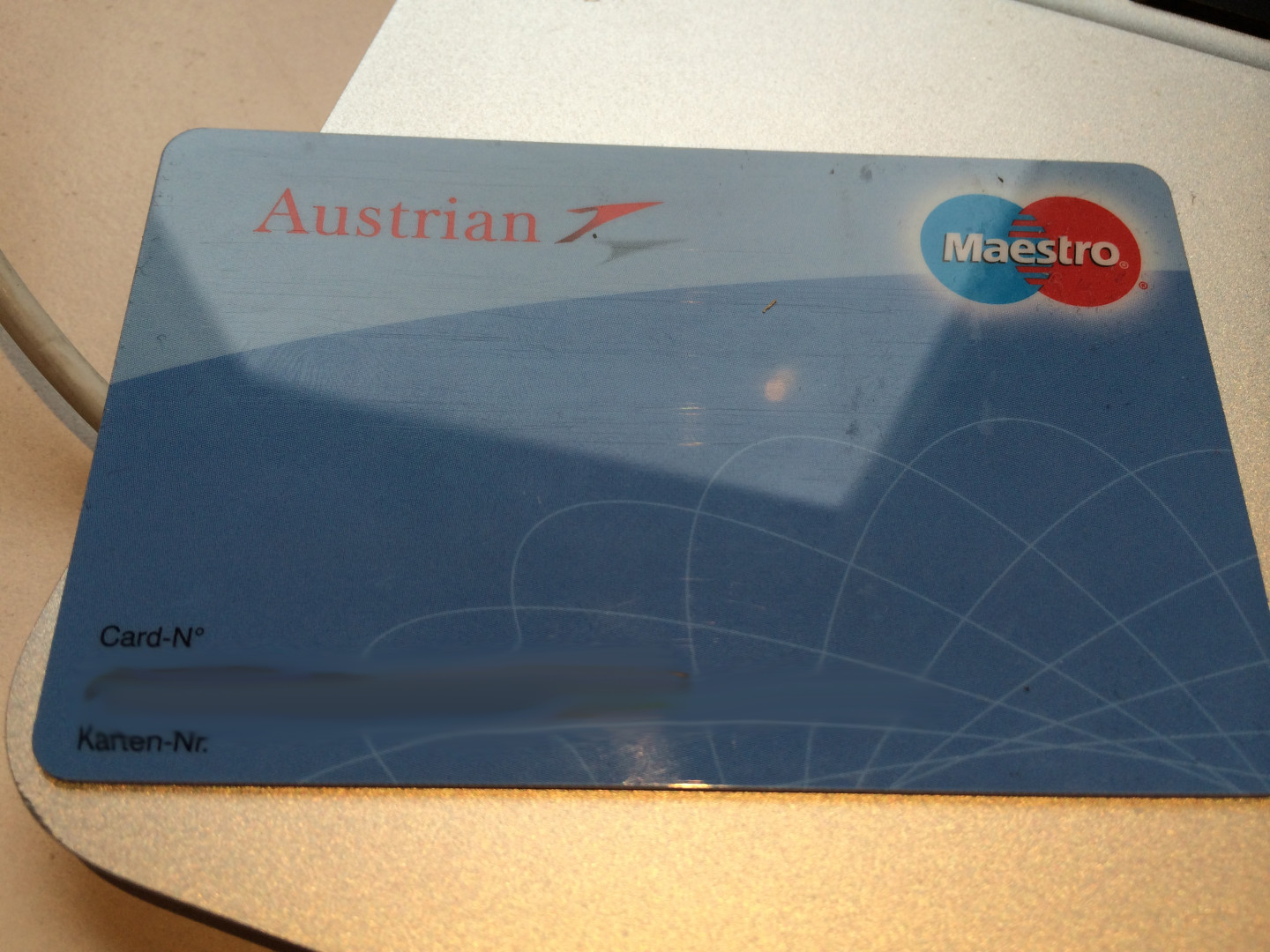 Since I had only paid $184 our of pocket for my whole trip, this meant I was coming out $840 ahead.  Now it is true that I wasn’t getting back the additional miles that I used to book business class instead of coach, but the math works out like this.

The plane was packed as expected, but the coach seats on the Austrian Airlines 777 were better than I thought.  I even had some leg room! 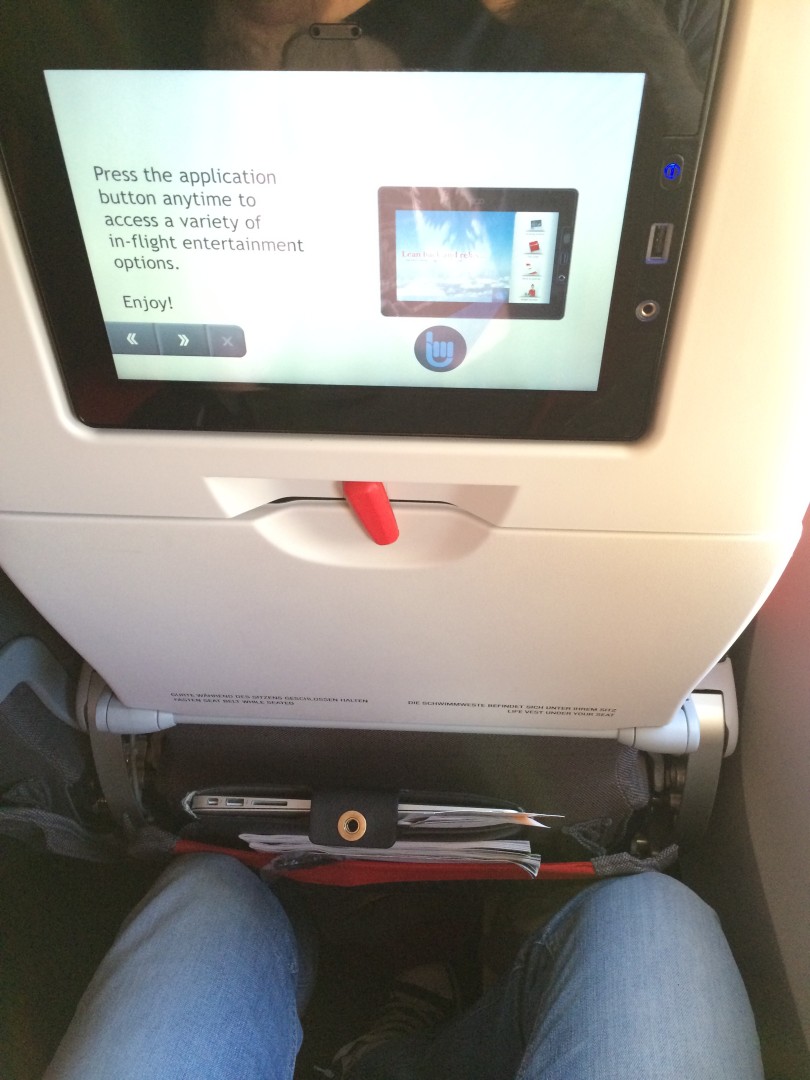 The food wasn’t bad either. 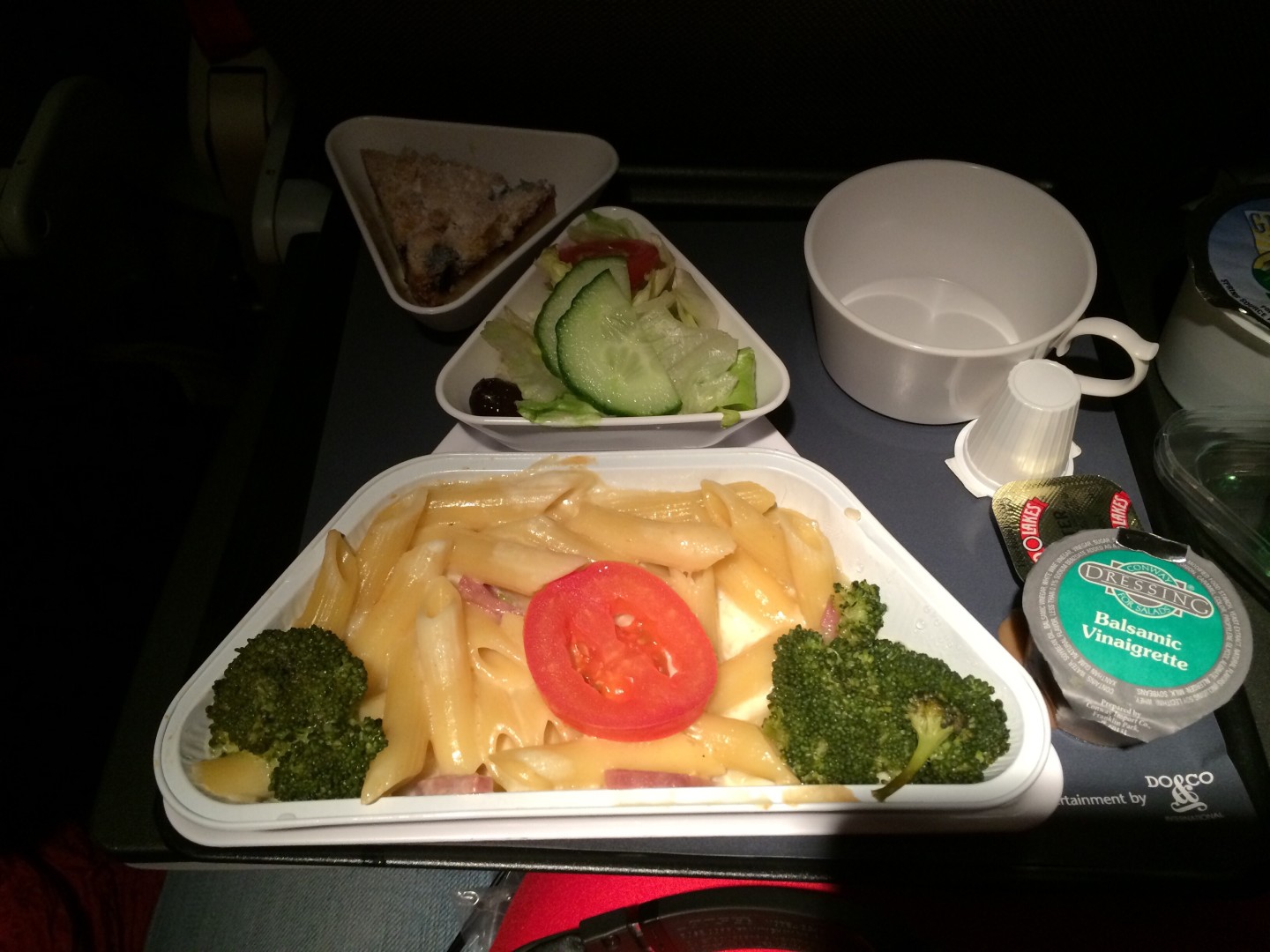 I was able to get about 3 hours of sleep which ended up biting me later on in Austria when I got a little tired and grumpy but what can you do?

One of the great things about travel is the unknown.  Sometimes unexpected things happen and you have to change your carefully made plans.  You have to be flexible in these situations and take things with a sense of adventure rather than dread when anything doesn’t work out exactly how you wanted.  Sure in this case I had to fly 9 hours in coach instead of business class (oh, the horror), but the $1000 I received for the inconvenience ended up paying for the whole trip. Plus we ended up doing some fun things in Frankfurt with that extra money that we wouldn’t have otherwise!

As we arrived in Austria we were excited to get a personalized tour by a friend who had taken the train in from Salzburg to meet us.