This is part 8 of a series on my trip to Austria, Germany and China.

As I arrived in Beijing, I was impressed by the wide open and contemporary airport. 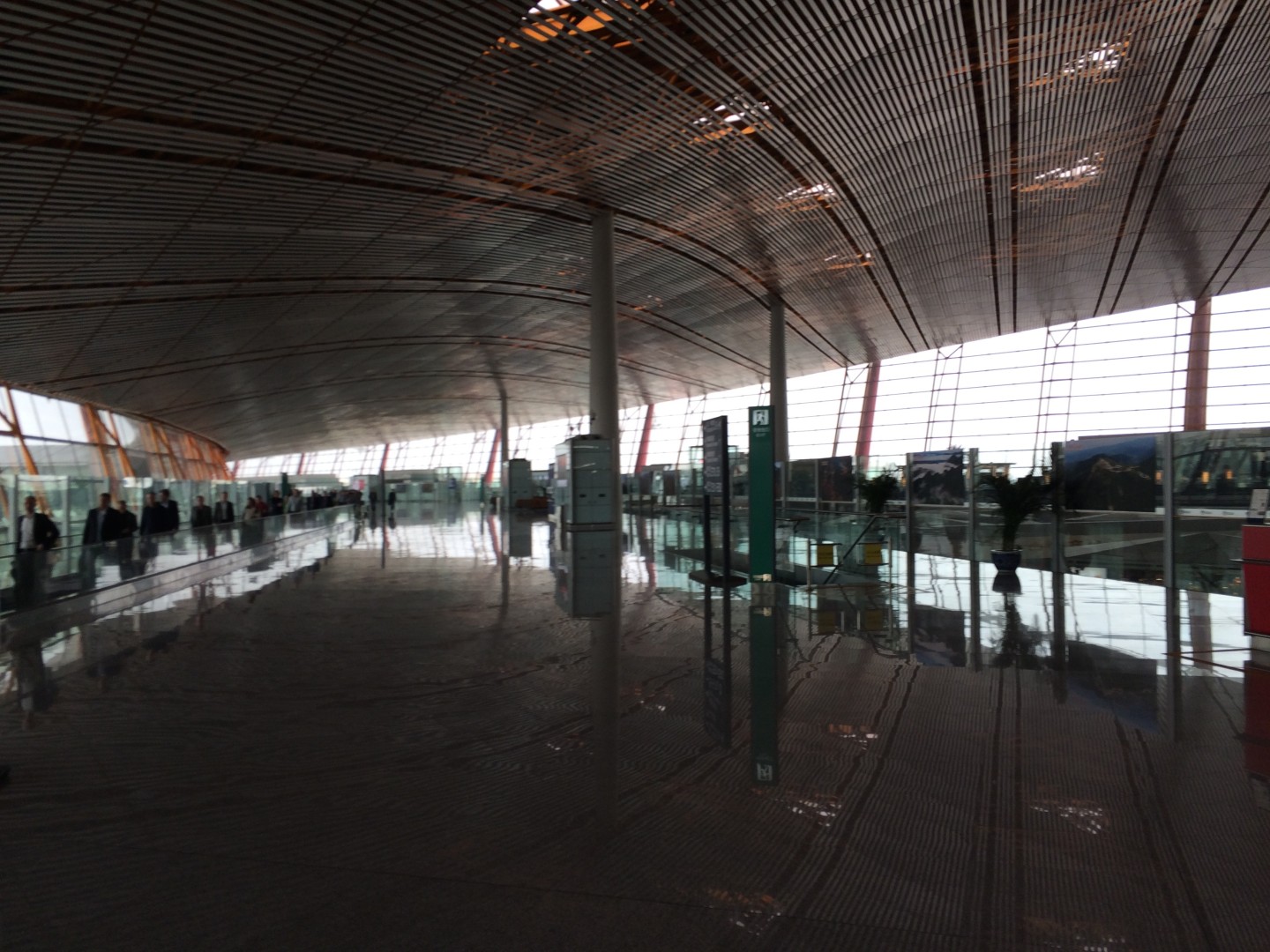 I took the airport train to the main terminal. 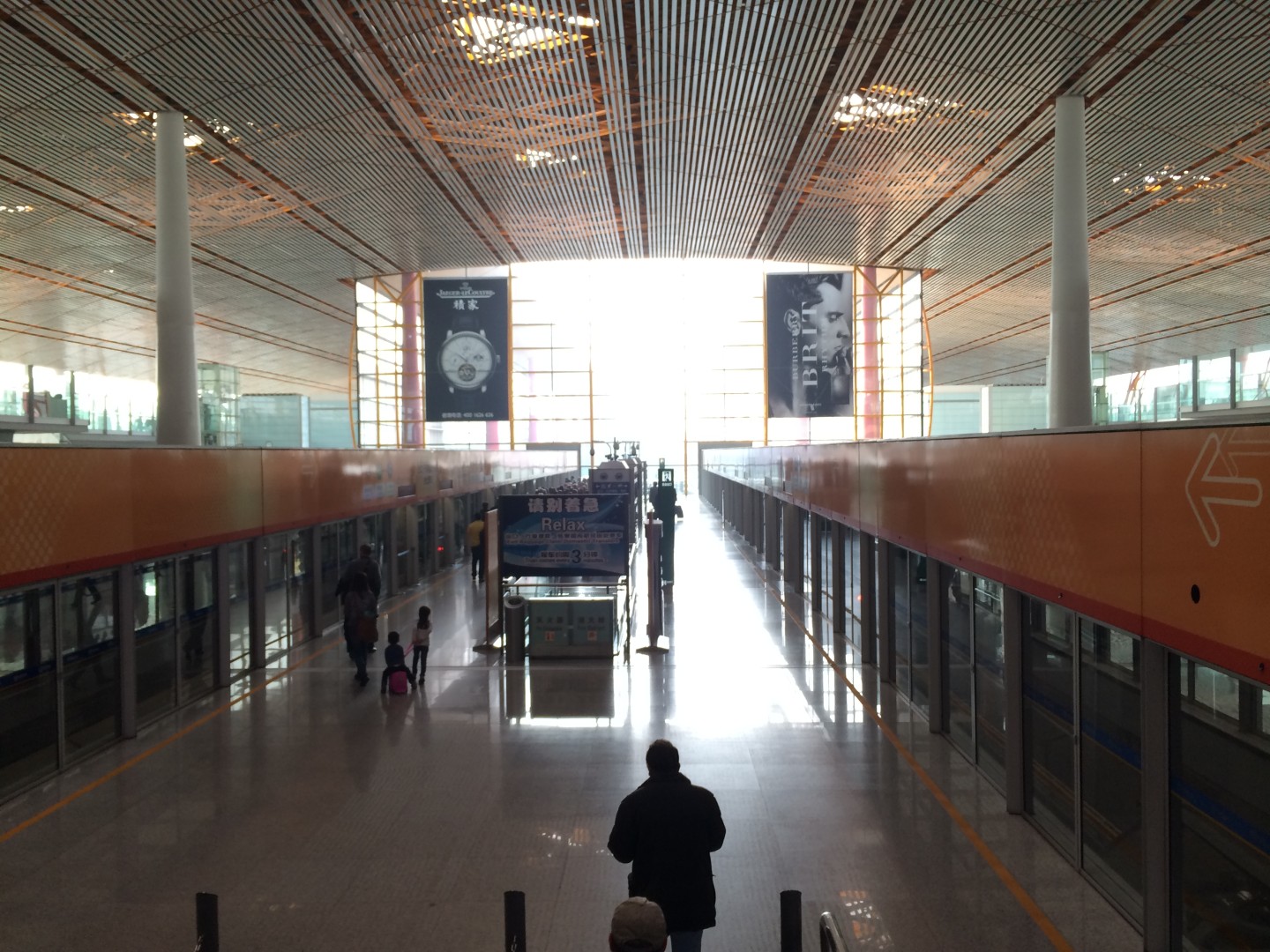 And then saw this on the way!  I always buy local SIM cards for my unlocked iPhone to save on roaming costs. Luckily there was an attendant right beside the machine that helped me choose the right card, cut it to size to fit my phone and get everything going.  150 Yuan ($24) and I was in business with 200MB of data! 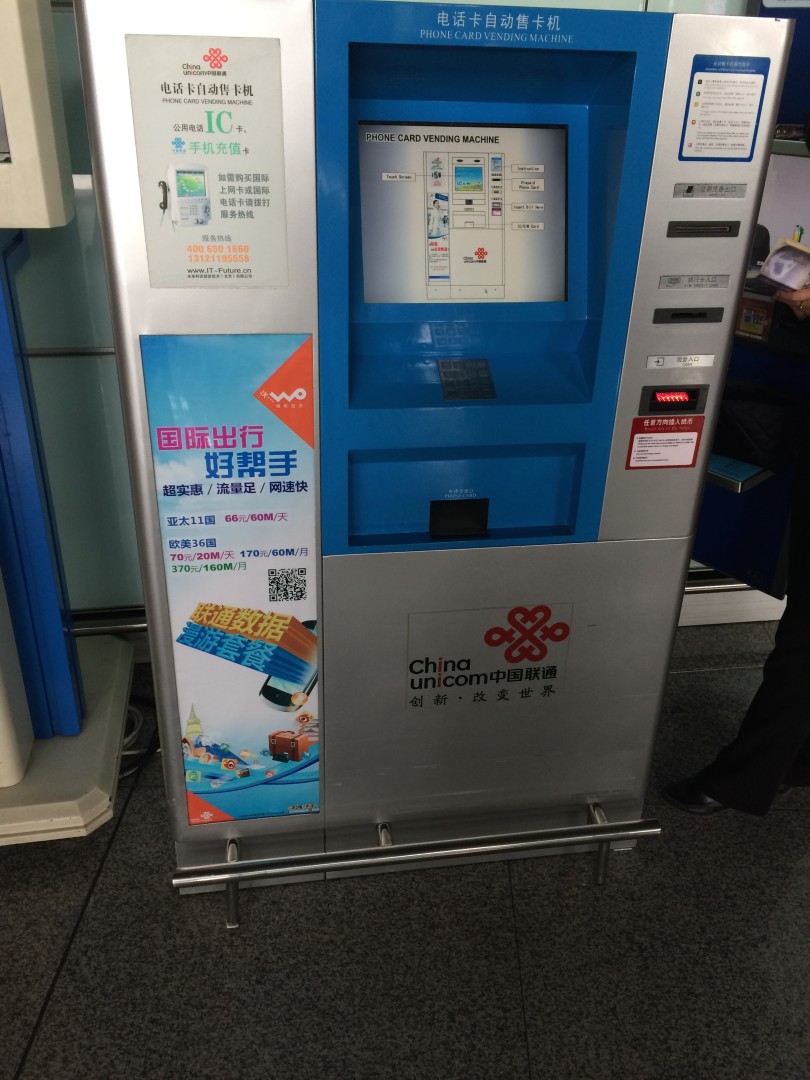 The airport already gave off the high tech reputation that Beijing had with video and LEDs everywhere!

I had booked 5 free nights at the Crowne Plaza Zhongguancun using 5000 points a night via the Pointsbreak special I talked about in this article.  Since I am a Gold Ambassador with IHG, they upgraded me to a nice corner room and gave me a fruit basket.

I spent the first few days just going out exploring.  I saw some really neat things and some really strange things!

They even had cool video advertising in the subway tunnels!

I always thought that people with masks for the pollution were overreacting, but after my China pollution app told me it was seriously polluted AND my throat started hurting on the second day, I decided it was better to be healthy than fashionable. I read this article on pollution masks to help me decide which one to get.  I found some 3M ones at the 7-11 for about $2 for three. Pro tip: Those blue or white surgical ones don’t block the microscopic particles that are present in the China pollution.

I had to try Peking Duck in Peking (Beijing was formerly known as Peking if you didn’t know!) 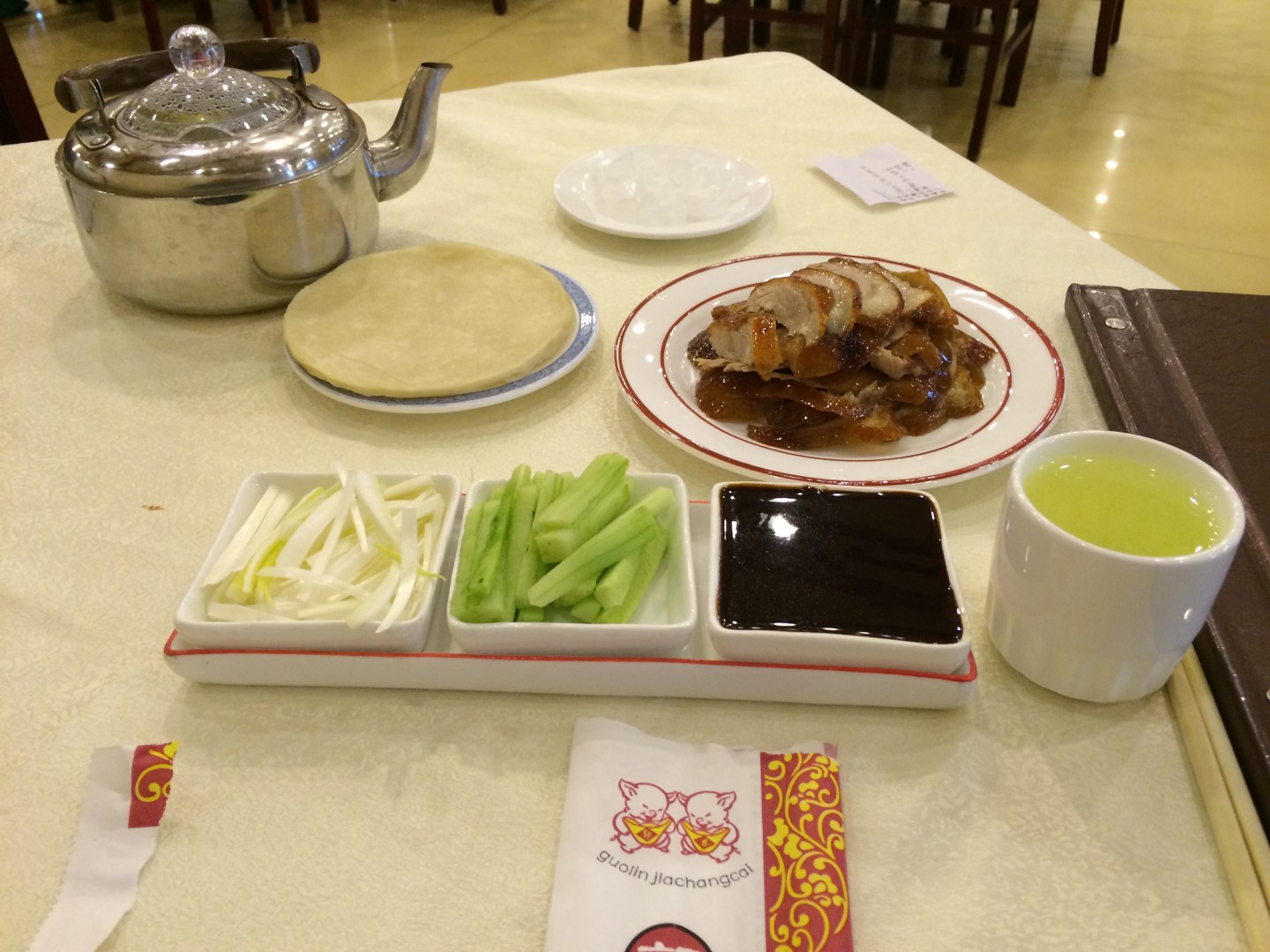 I checked out Tian’anmen Square.  It was quite impressive and much bigger than I expected. At their request, I posed for some photos with some other Chinese tourists (which would become a recurring theme for this whole trip!) 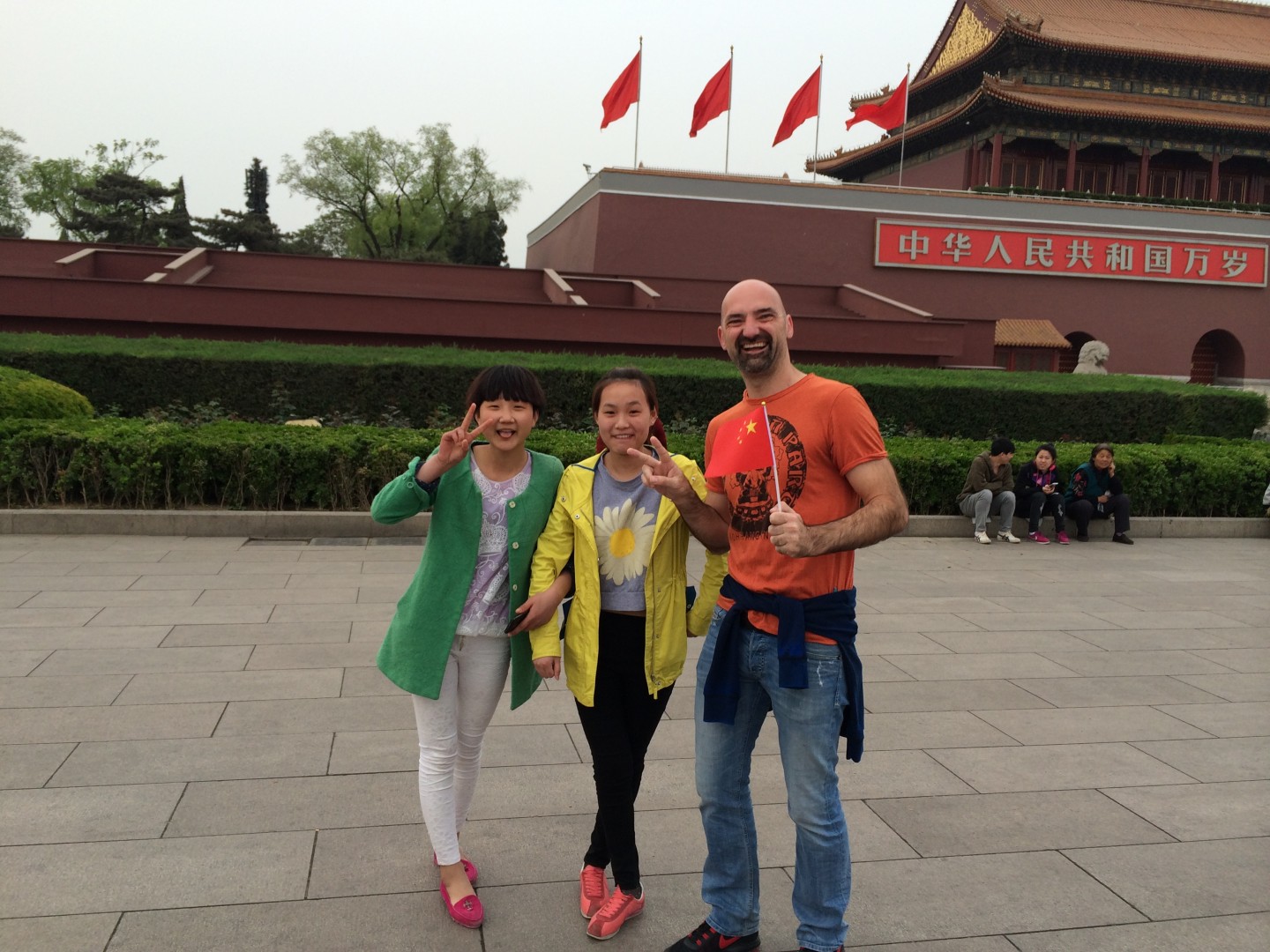 I even caught the changing of the guard ceremony while I was there.

I went to the street market at Wangfujing and saw all sorts of weird foods and tried some of them! 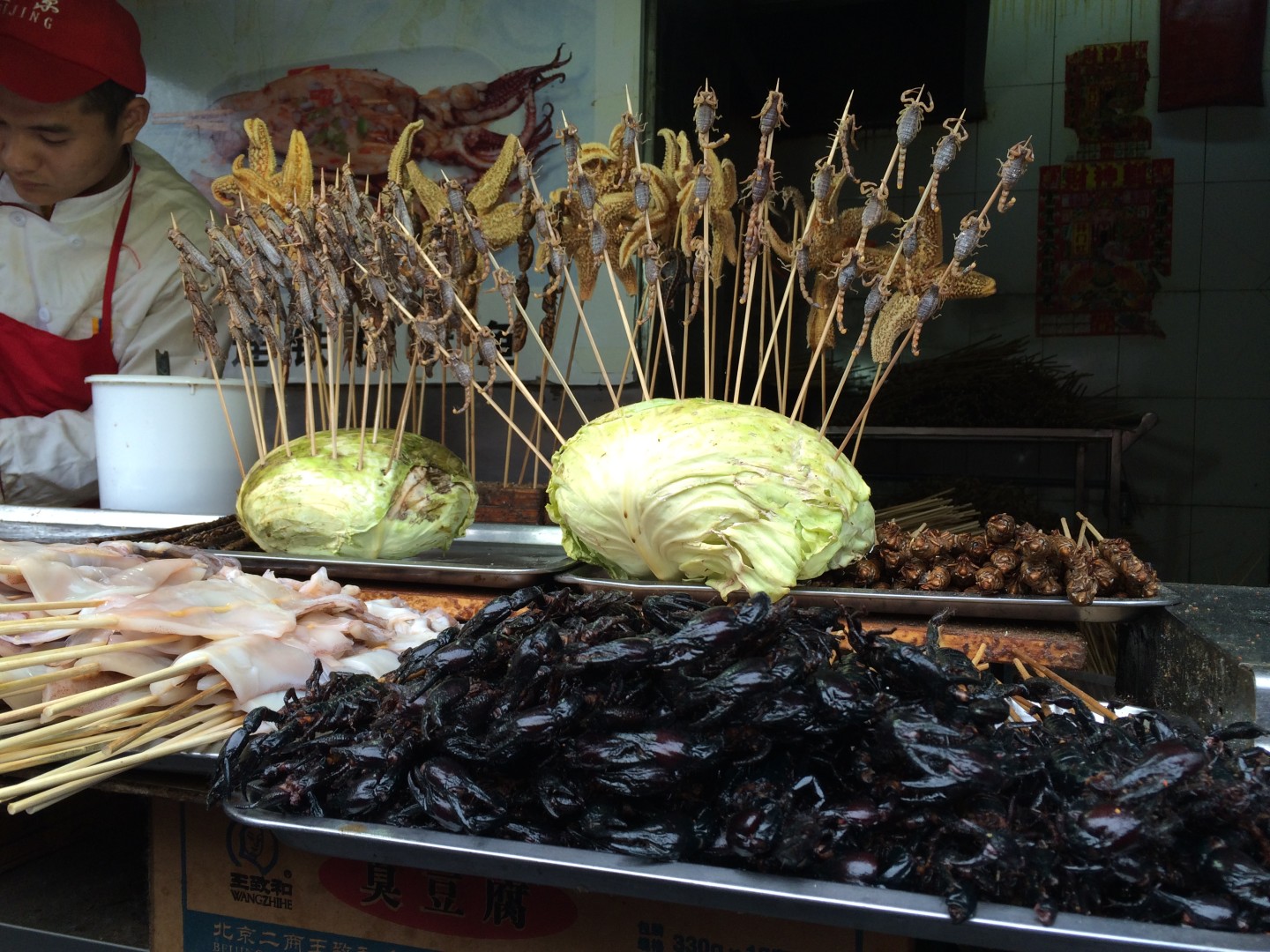 I made it to the historical part of the city south of Tian’anmen square.

I went to The Forbidden City and saw a 600 year old Bixi! 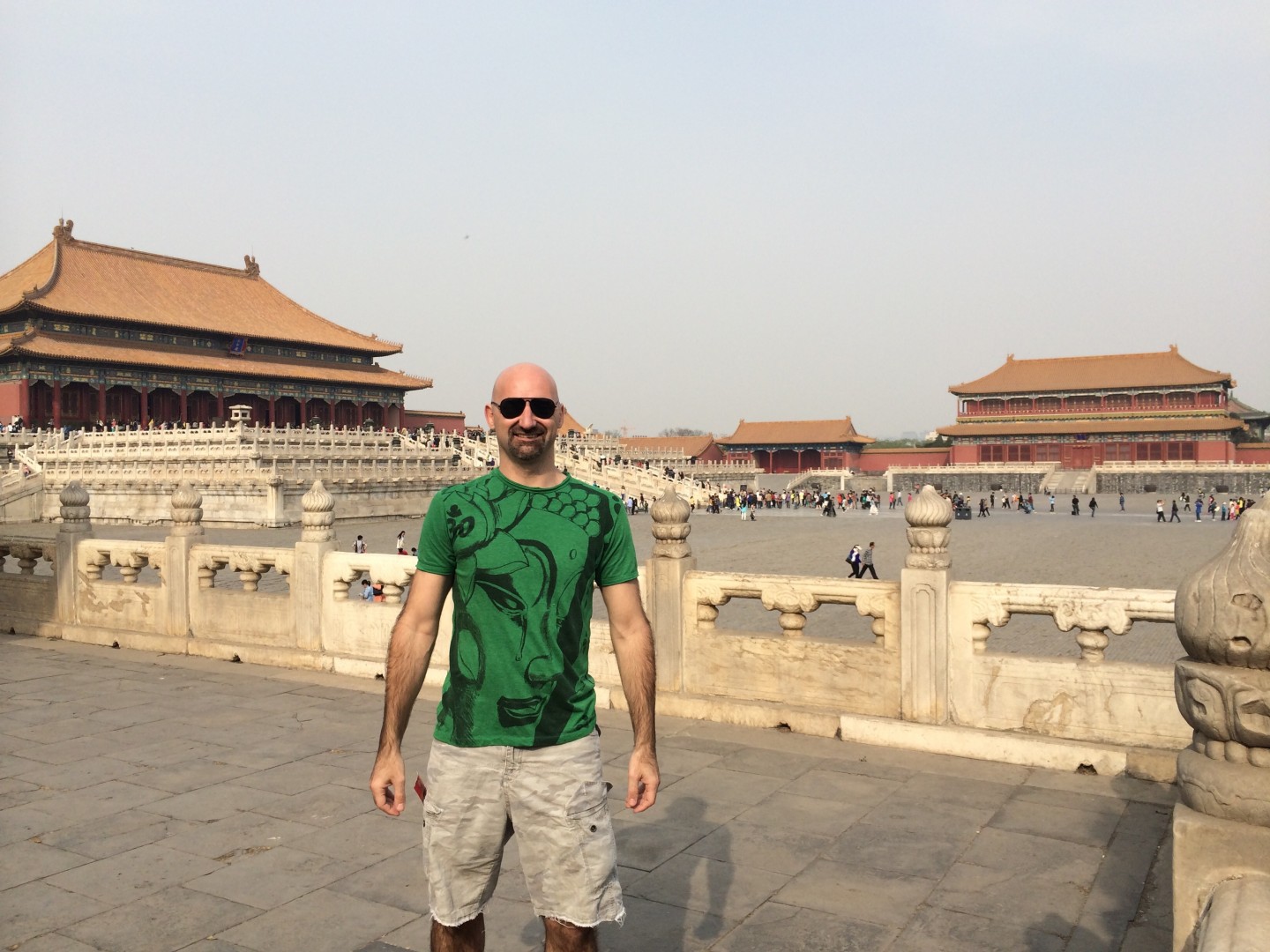 I explored the gardens around The Forbidden City to the West and North as well.

I also got to try a bunch of different kinds of street food which I love.  As Anthony Bourdain recommends when you are getting street food, always go to the one with the biggest line!  The people have spoken! Pretty much everything there is less than $1.

Whew!  That is a lot of stuff I saw!  There actually is a little more Beijing on the tail end of the trip, but that is what I saw in my first 5 days.  In the next installment I go see the Great Wall of China! As always, feel free to comment with any questions and follow me on Google+, Facebook, Twitter and Instagram! Today is the first posting of videos from our new Youtube channel as well so add us to your favorites on there if you like what you see!