This is part 11 of a series on my trip to Austria, Germany and China.

People who follow this blog know that I am somewhat infamous for missing my flights around the world.  Well I decided this wasn’t good enough for me so I decided to start missing trains as well!  I had purchased a ticket ahead of time as recommended on the last high speed train of the day from Beijing to Zhengzhou.  Zhengzhou was a city I decided to visit purely because 5000 points nights were available at the Crowne Plaza on the IHG Pointsbreak list I wrote about in this article. And I am glad I did because it was awesome! Zhengzhou was the subject of a famous documentary on Dateline on China’s Ghost Cities. Well, it is a ghost city no more!  But let’s get back to missing my train.

What I have found from this experience is you really need to get to the station about 20 minutes before your train to have time to go through security and make your train on time.  I know this because I showed up about 5 minutes before my train and didn’t make it!  I went back to the booking window and they informed me the only other train that left that night was a slow train that would take 8 hours instead of 2 and there were no seats available, standing room only!  No Thanks!  They rebooked me at no charge for the 7 AM train, with the caution that if I missed my replacement train I would have to buy a new ticket.  I quickly used my IHG App on my unlocked iPhone to find a room at the Holiday Inn Central Plaza to stay until the morning with free breakfast for CNY497 per night (about 80 USD).  This also helped me qualify for the Big Win promotion IHG was having.  Since my train left at 7 AM I barely had time to eat but it was actually a pretty great breakfast! 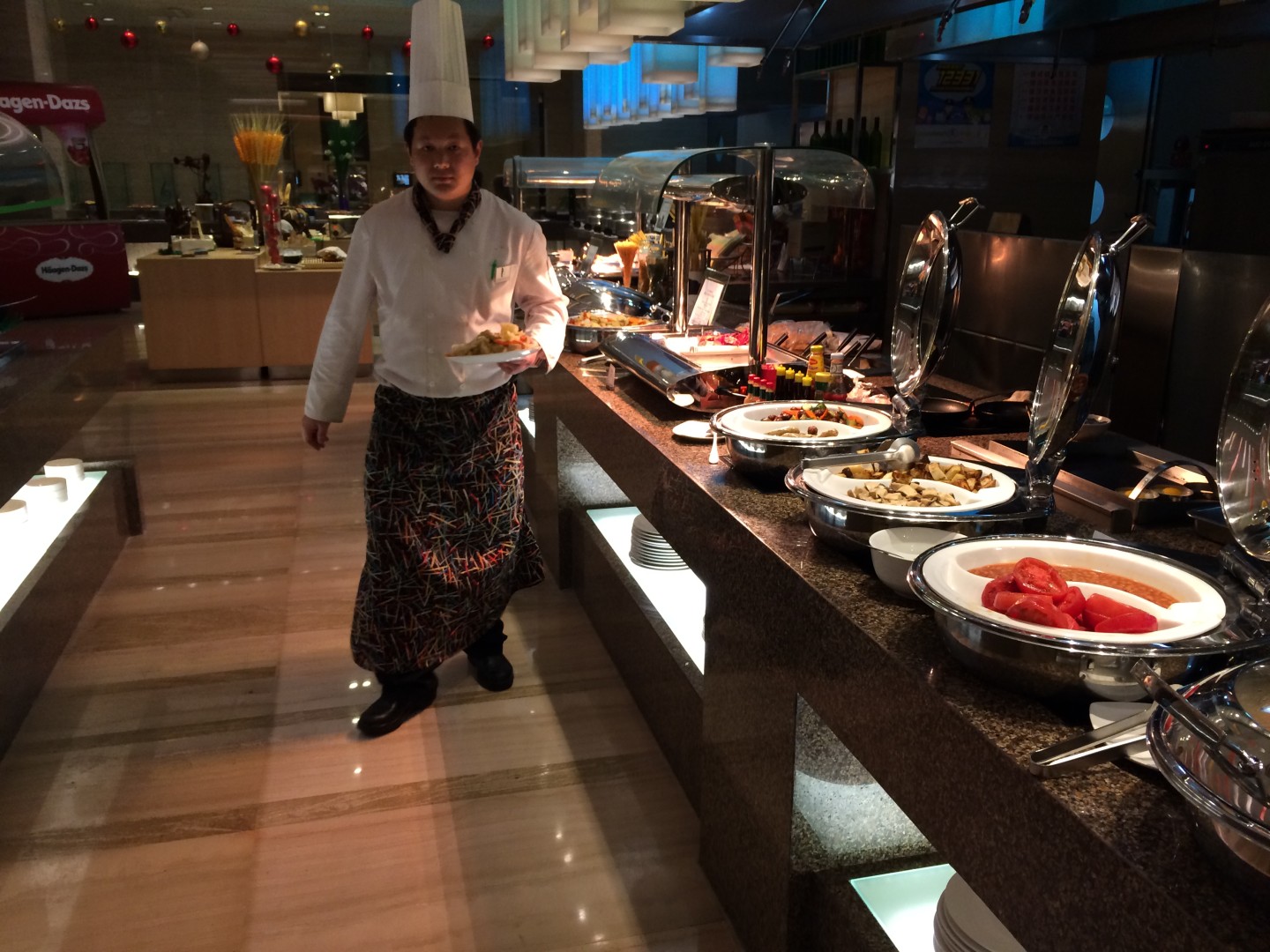 I took the taxi to the train station and got there at 5 minutes until the train left and they told me it was too late but let me try and run for it, but they were of course right so I ended up having to buy another ticket for the next train which was about $51!  So don’t make the same mistake I did and show up at least 20 mins before your train leaves!

I left from the newly built West train station in Beijing and it was clean, efficient and quite busy. I was impressed by the scope and scale of all of the mass transit in China

These are the high speed 300 KPH CRH trains made by Siemens which are the same ones that make the ICE trains throughout Europe. 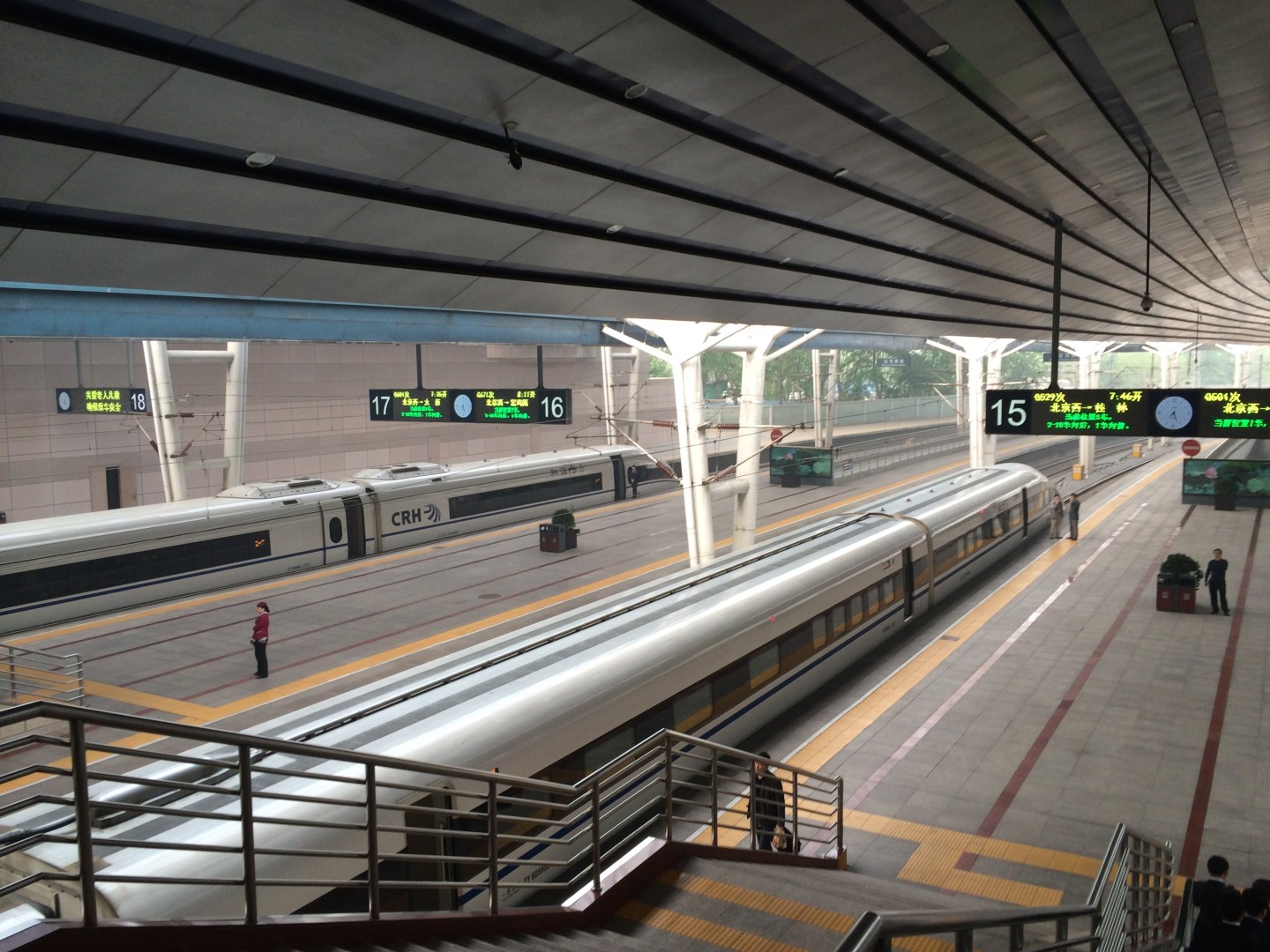 Arriving in Zhengzhou (pronounces Jeng-Jow) I was immediately impressed by the massive scale and scope of the city.  I noted on arrival that the city felt like the pair of shoes you bought for your children that were too big, but you knew they would grow into. 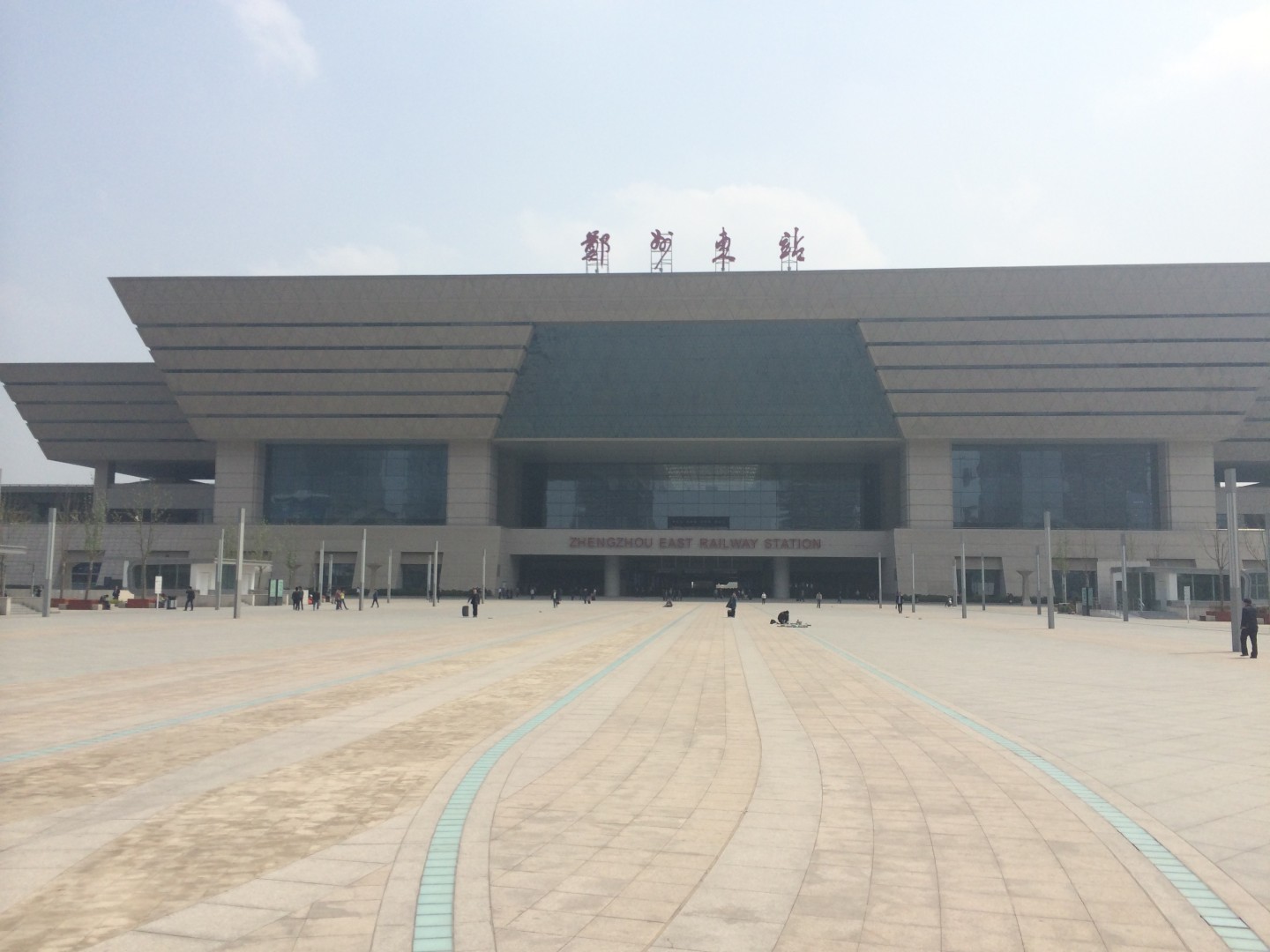 I didn’t know at the time that this was one of the “Ghost Cities”, but it did seem like construction was still going about at a crazy pace even though the current spaces weren’t being occupied.  You can see two massive towers being built right beside the train station. 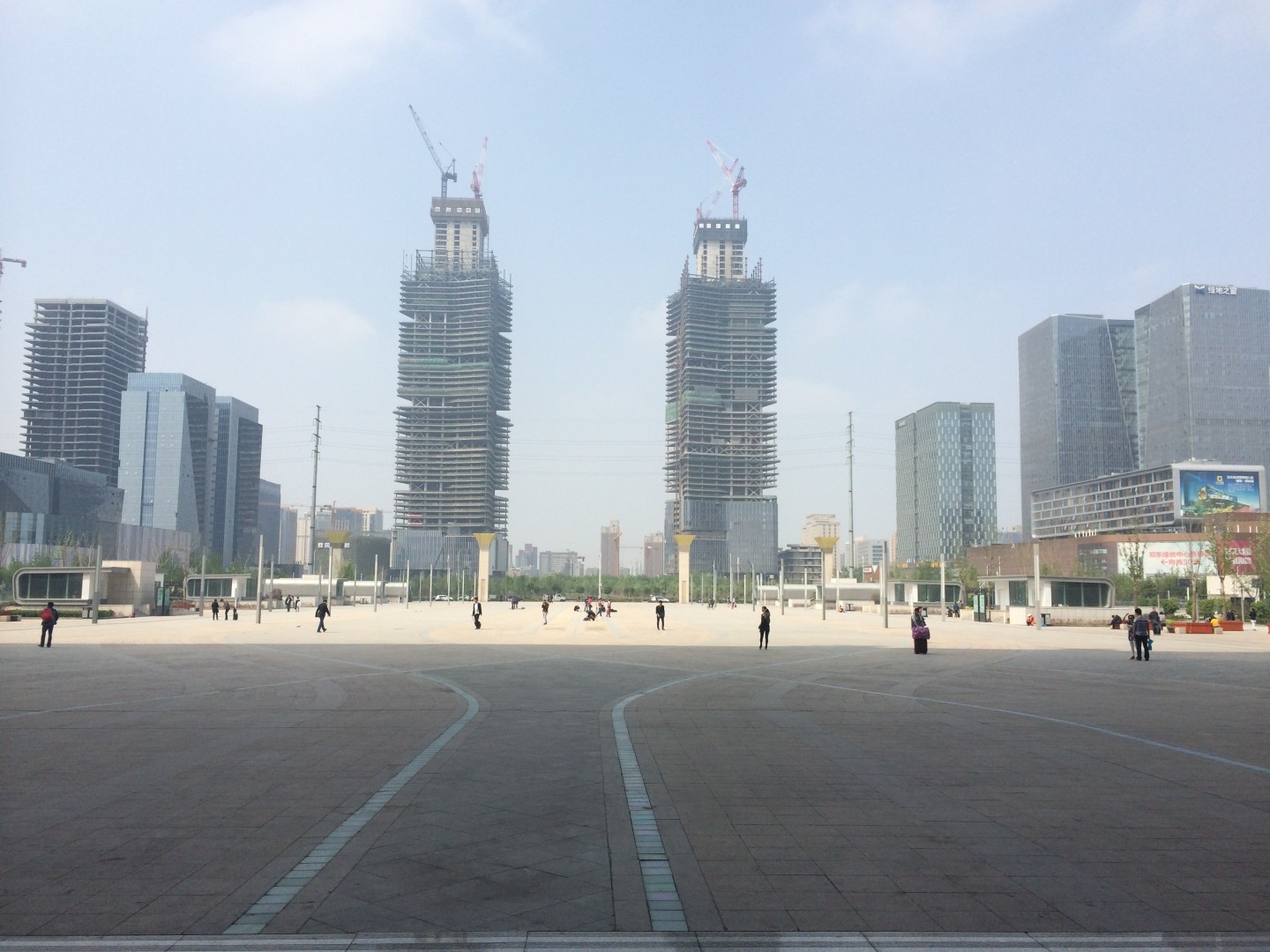 Zhengzhou was a city that the Chinese government decided based on its central location to make into a high speed railway hub for the entire country. 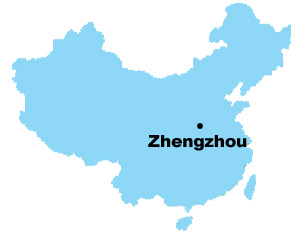 It was quite an ambitious decision, but one that seems to have been a good one. 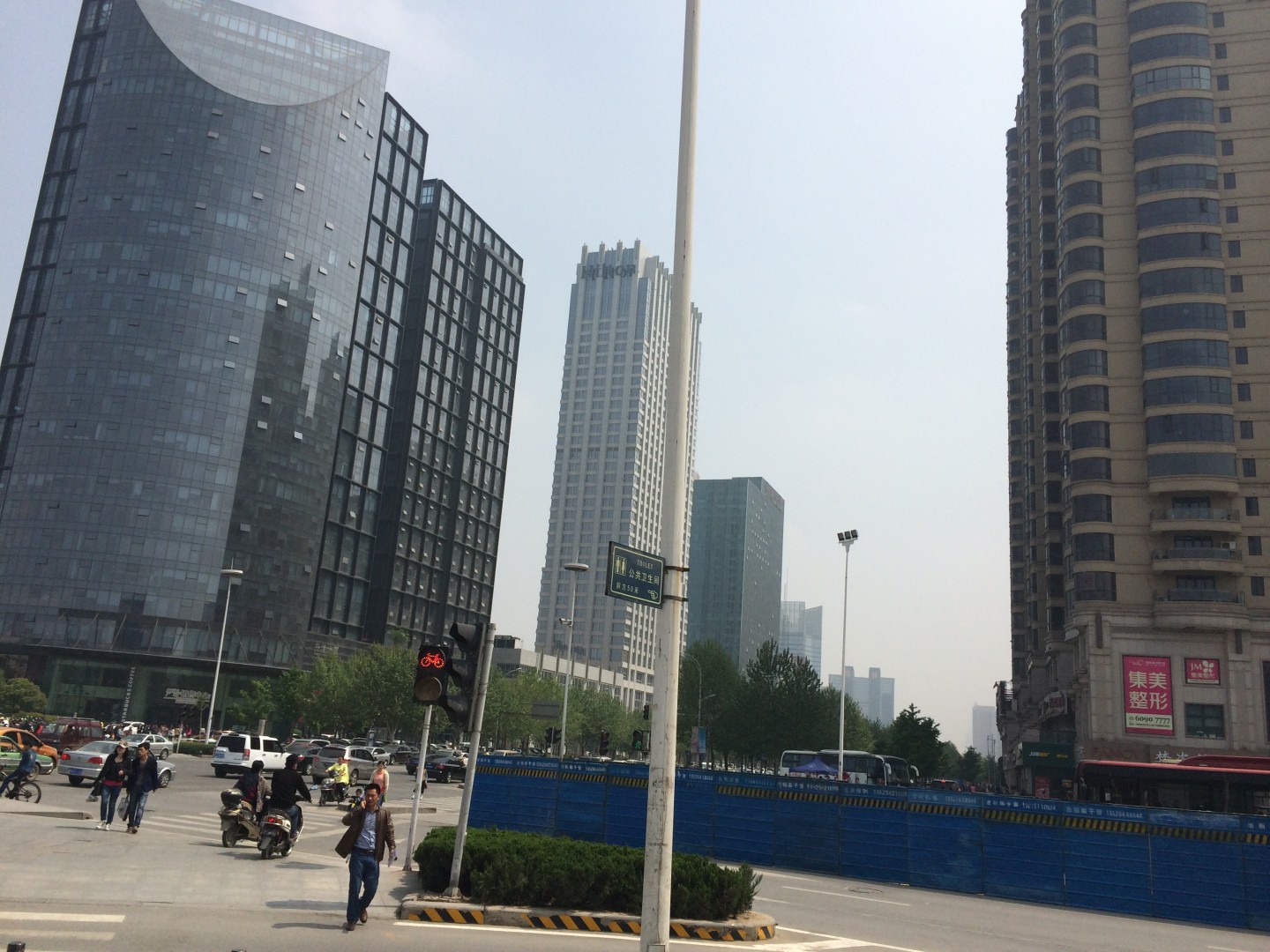 I took the single metro line (with 4 more lines under construction) to my hotel, the Crowne Plaza Zhengzhou which I got at a Pointbreaks rate of just 5000 points a night! The lobby was very opulent. 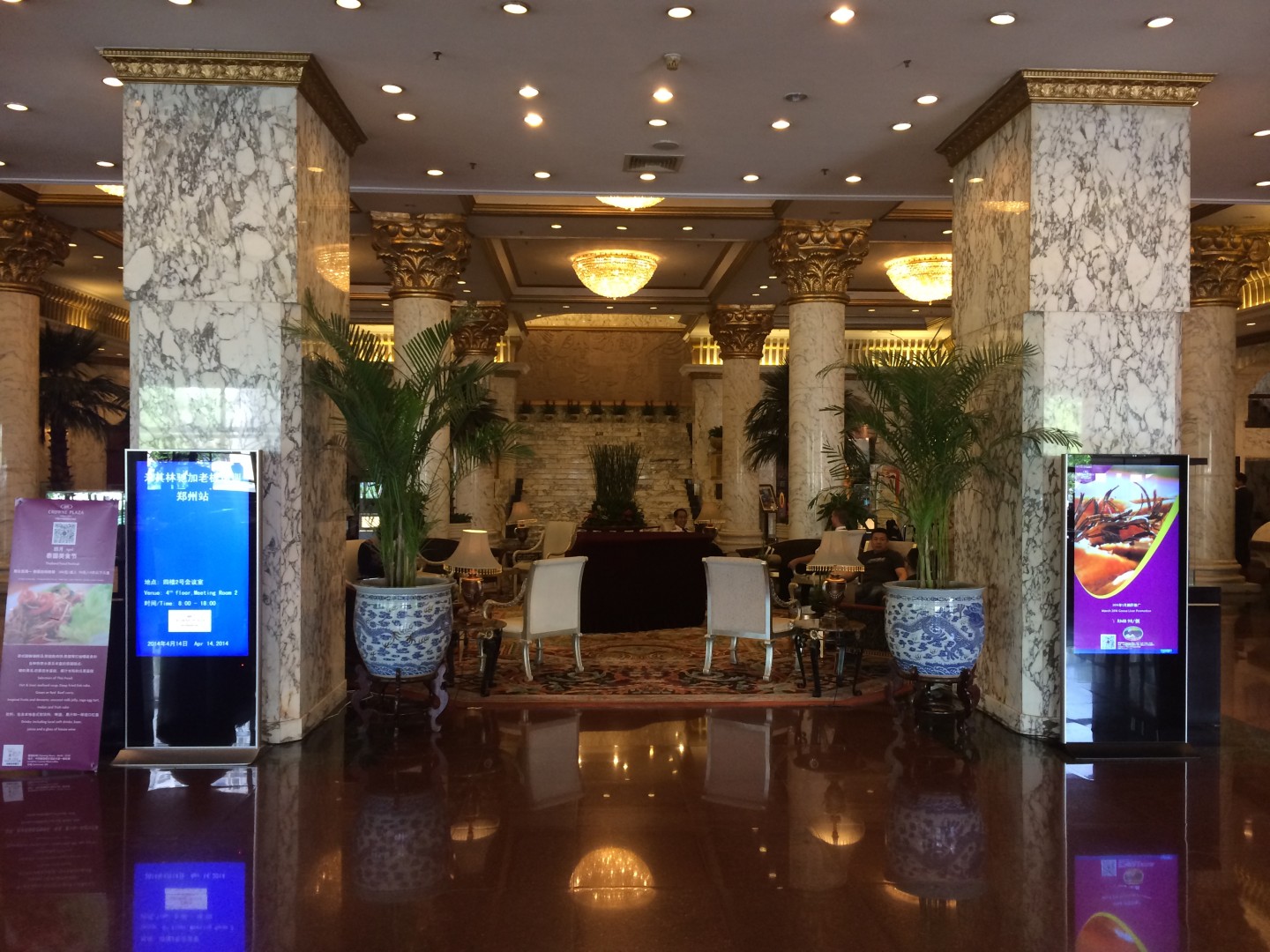 My room appeared quite nice as well. 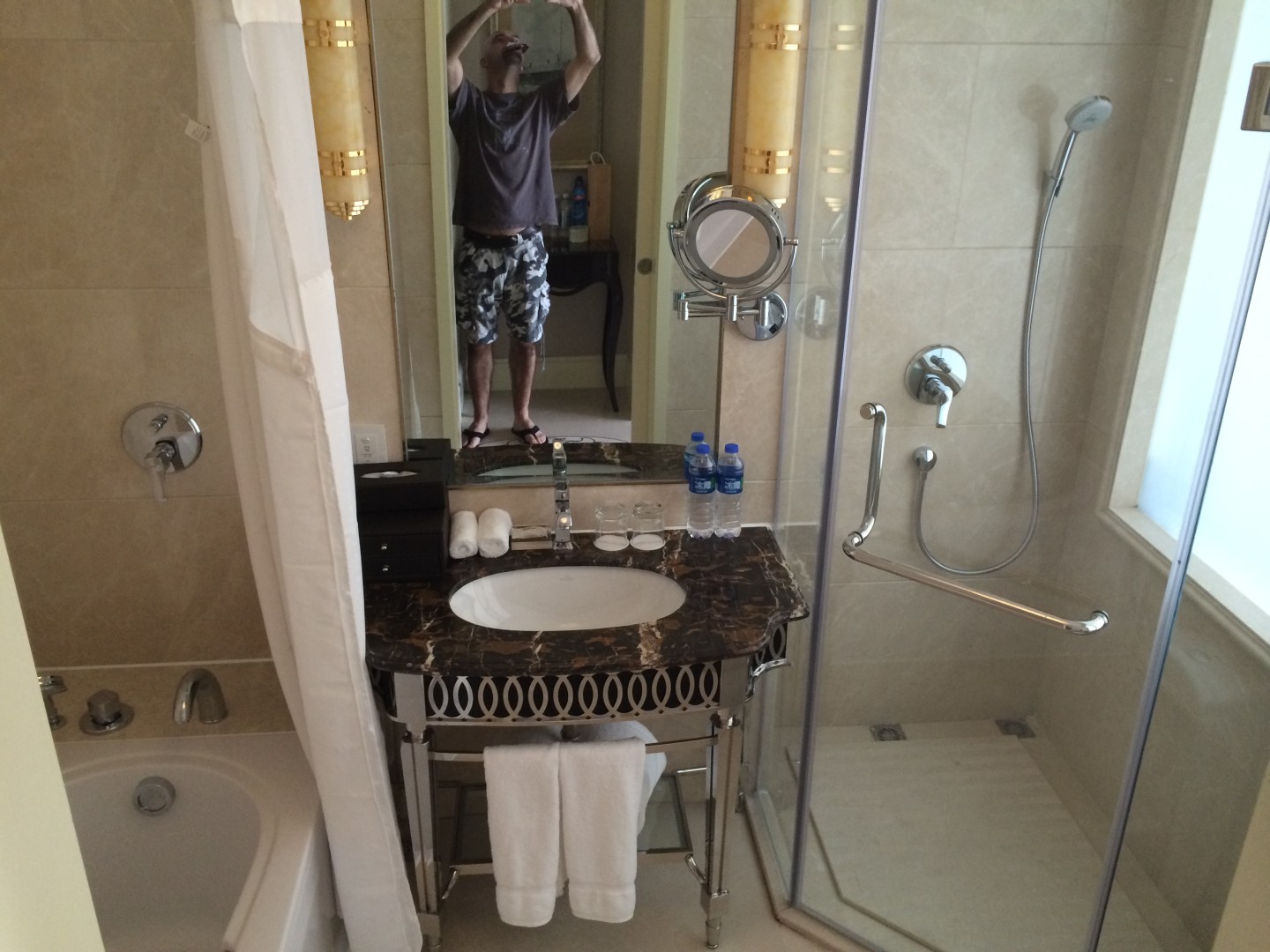 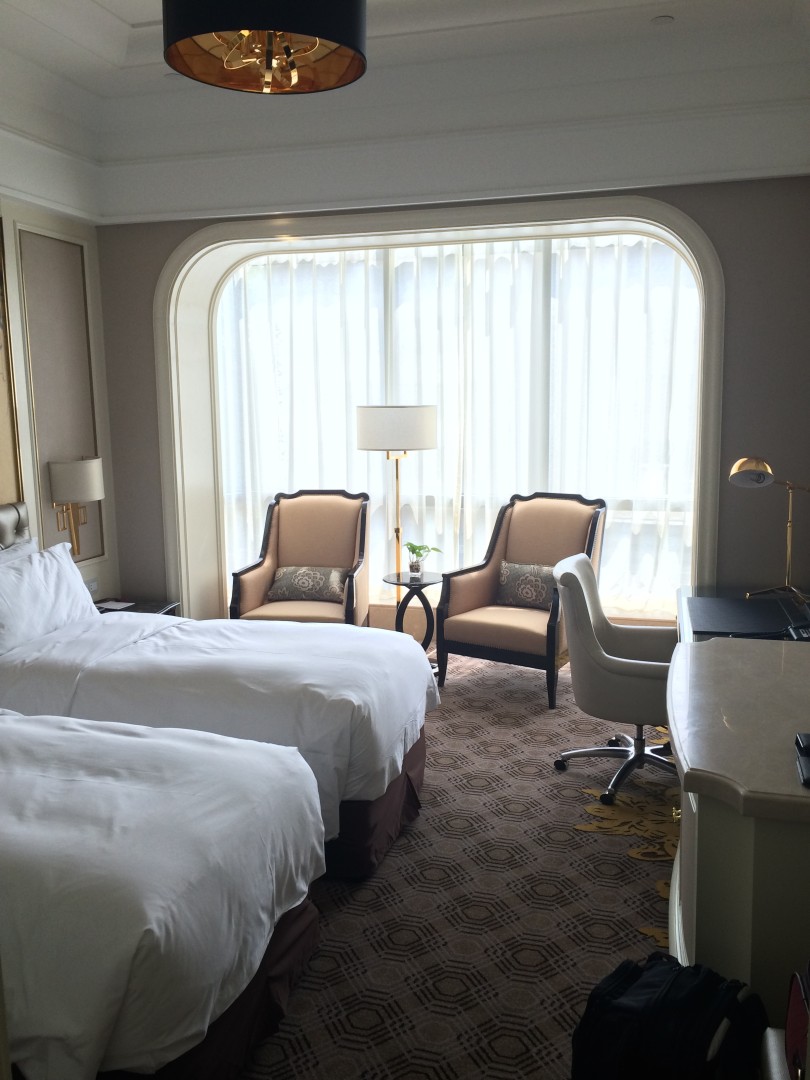 But my room was very hot!  I ended up having to ask for a different room because evidently the air was not working on one of the floors.  But the replacement room was cool enough. There was a large swimming pool and ping pong tables as well.  The Chinese really do love ping pong! 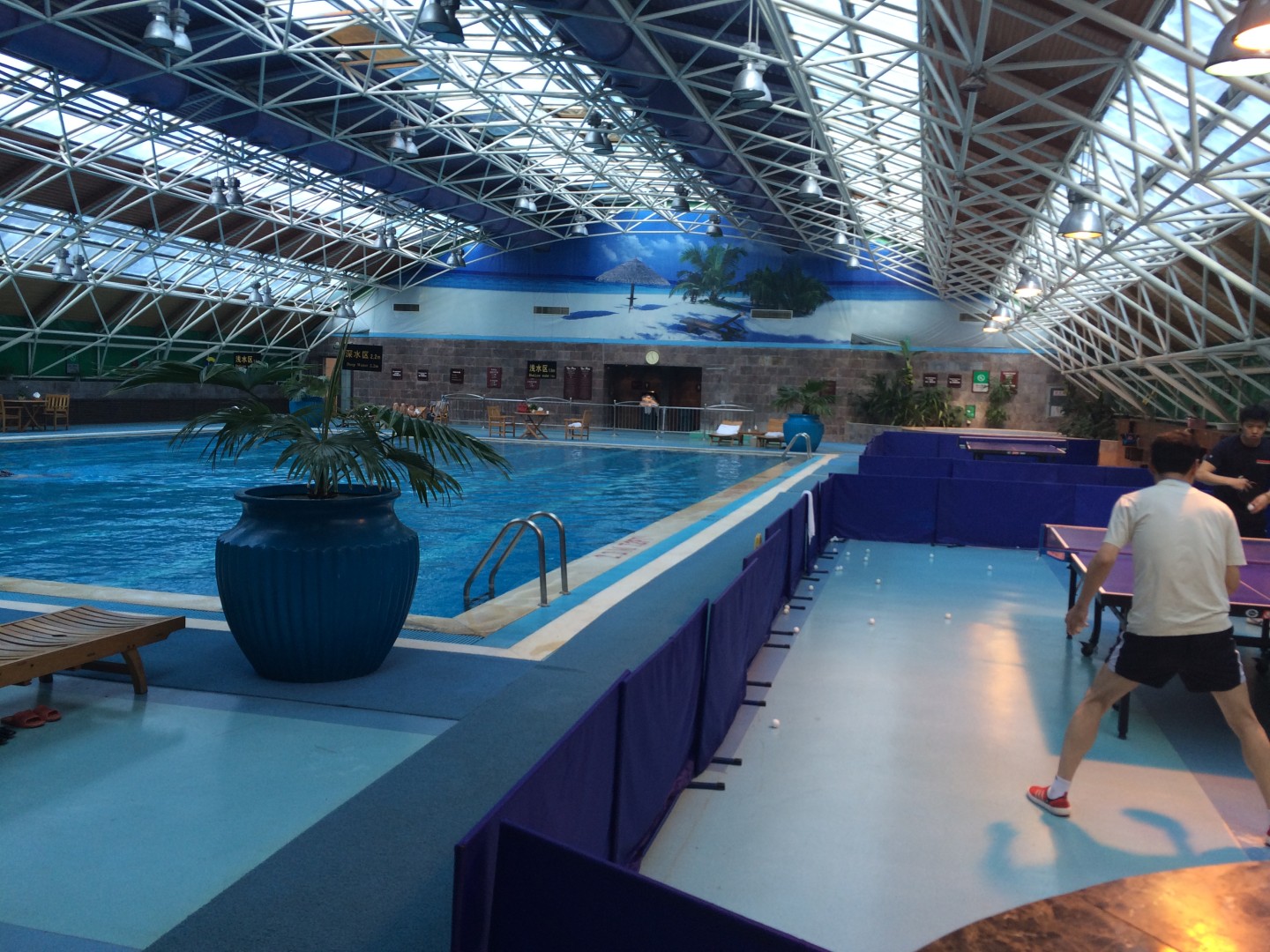 I went out in search of a local specialty called yangrouhuimiman (Mutton Noodle) and ended up running into a local guy at the restaurant that spoke great English and ordered some other food for me as well.  I asked about beer since he was drinking one and he told me they didn’t serve it in the restaurant I was at since it was a Halal place but he would go buy me some from a market.  When he returned with it he wouldn’t let me pay!  He said it was his treat and welcome to China!  Wow! 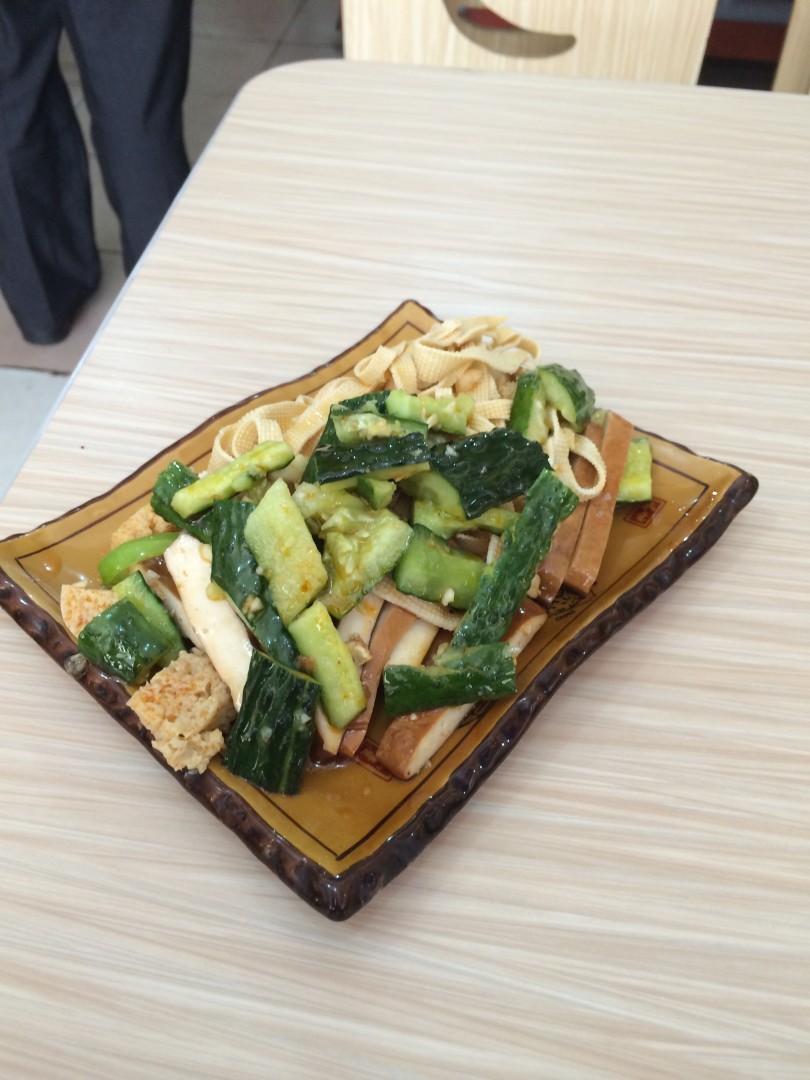 All of this food was about $3. 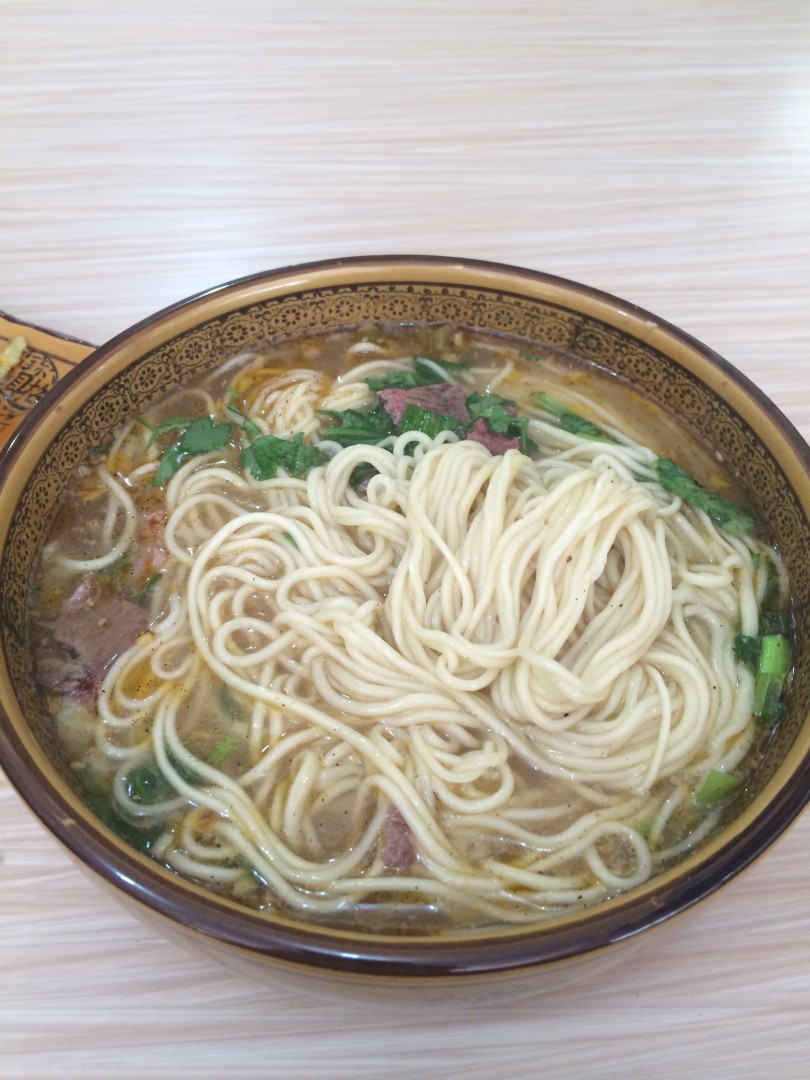 After lunch, I walked around a bit and took pics of some of the interesting things I saw like these chickens for sale. 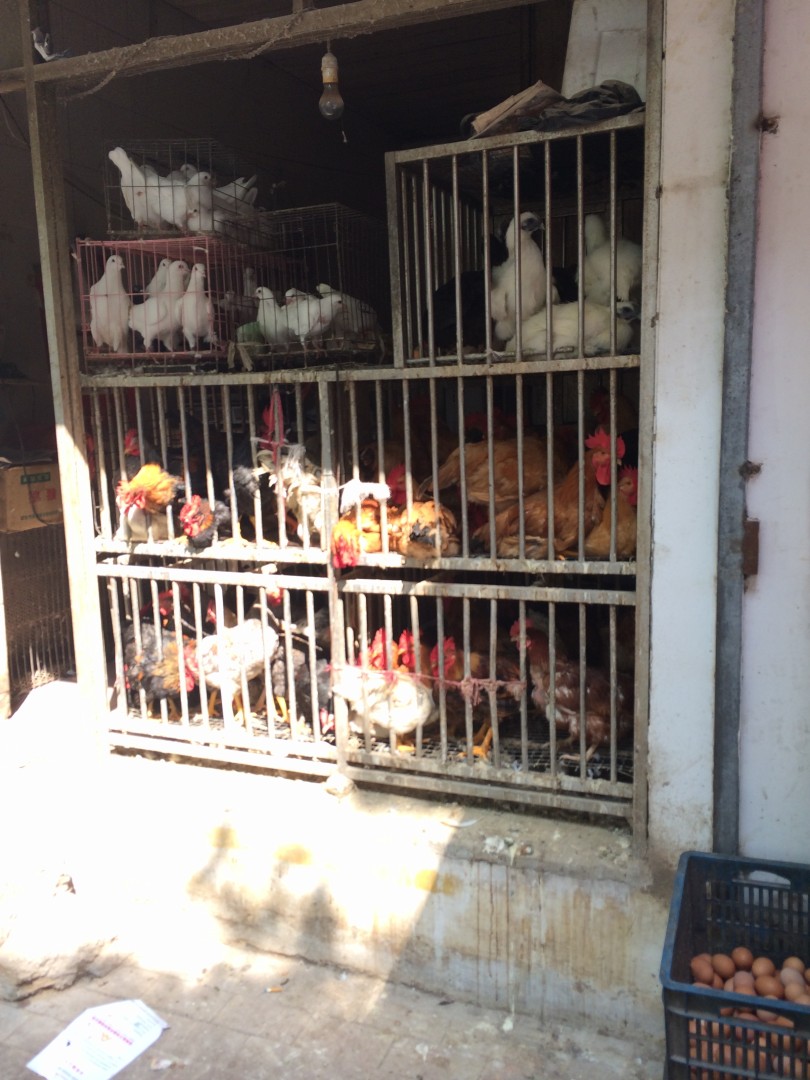 All over China, there was interesting architecture around every corner. 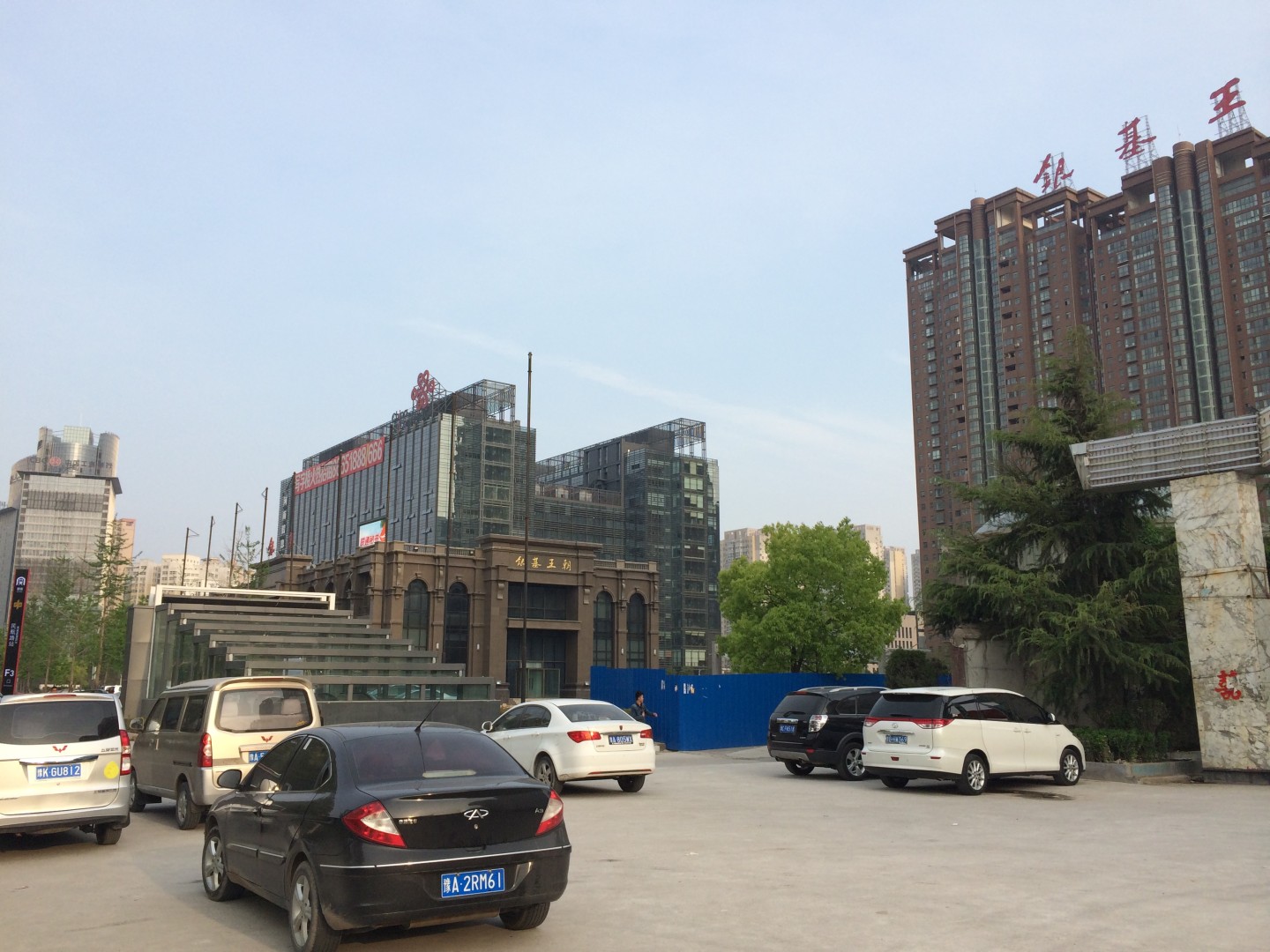 I took a long walk through town down to the Ruyi lake area and surrounding art museums and convention center. 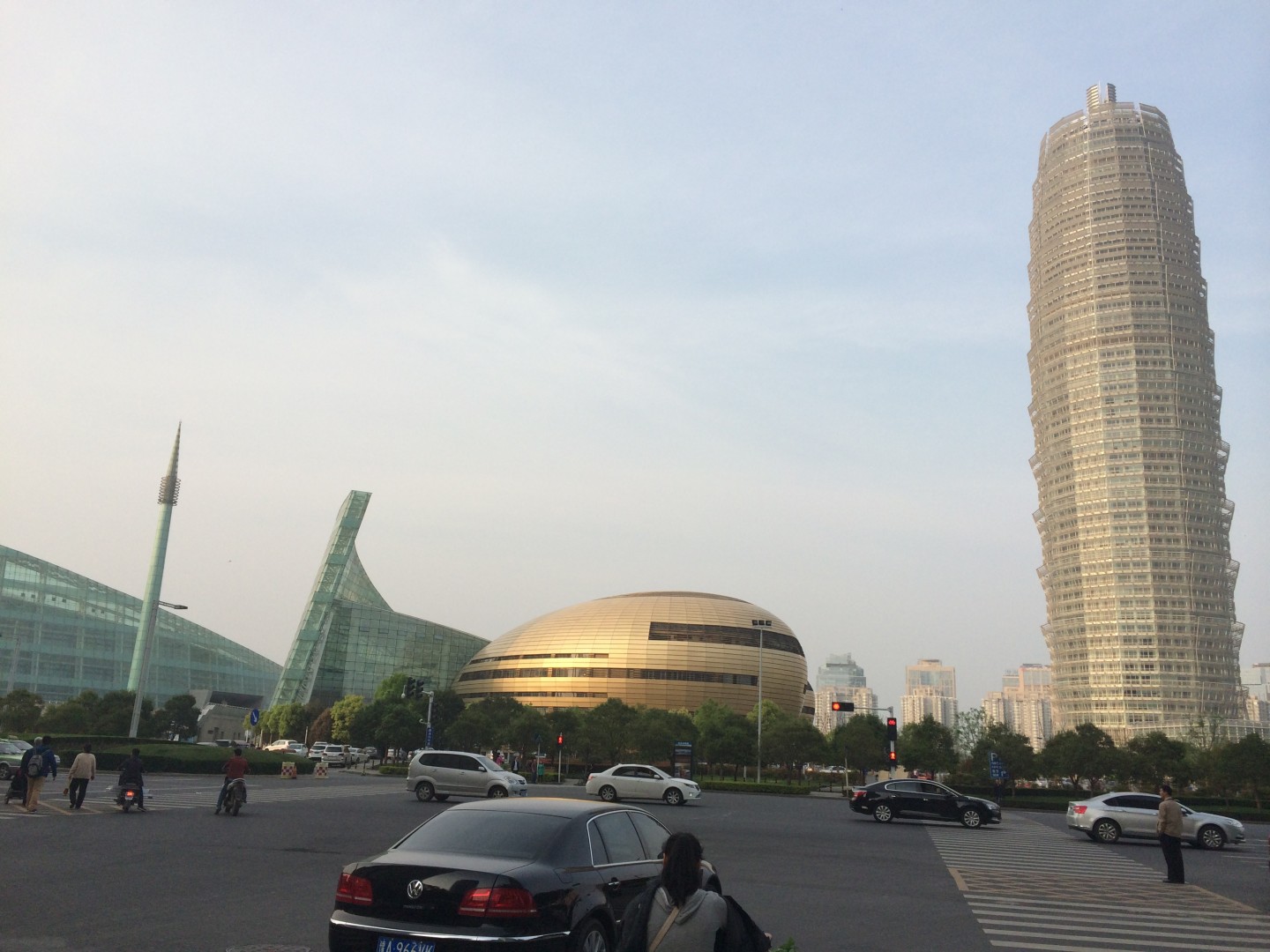 Ruyi lake was quite impressive and there were lots of people flying some crazy kites. 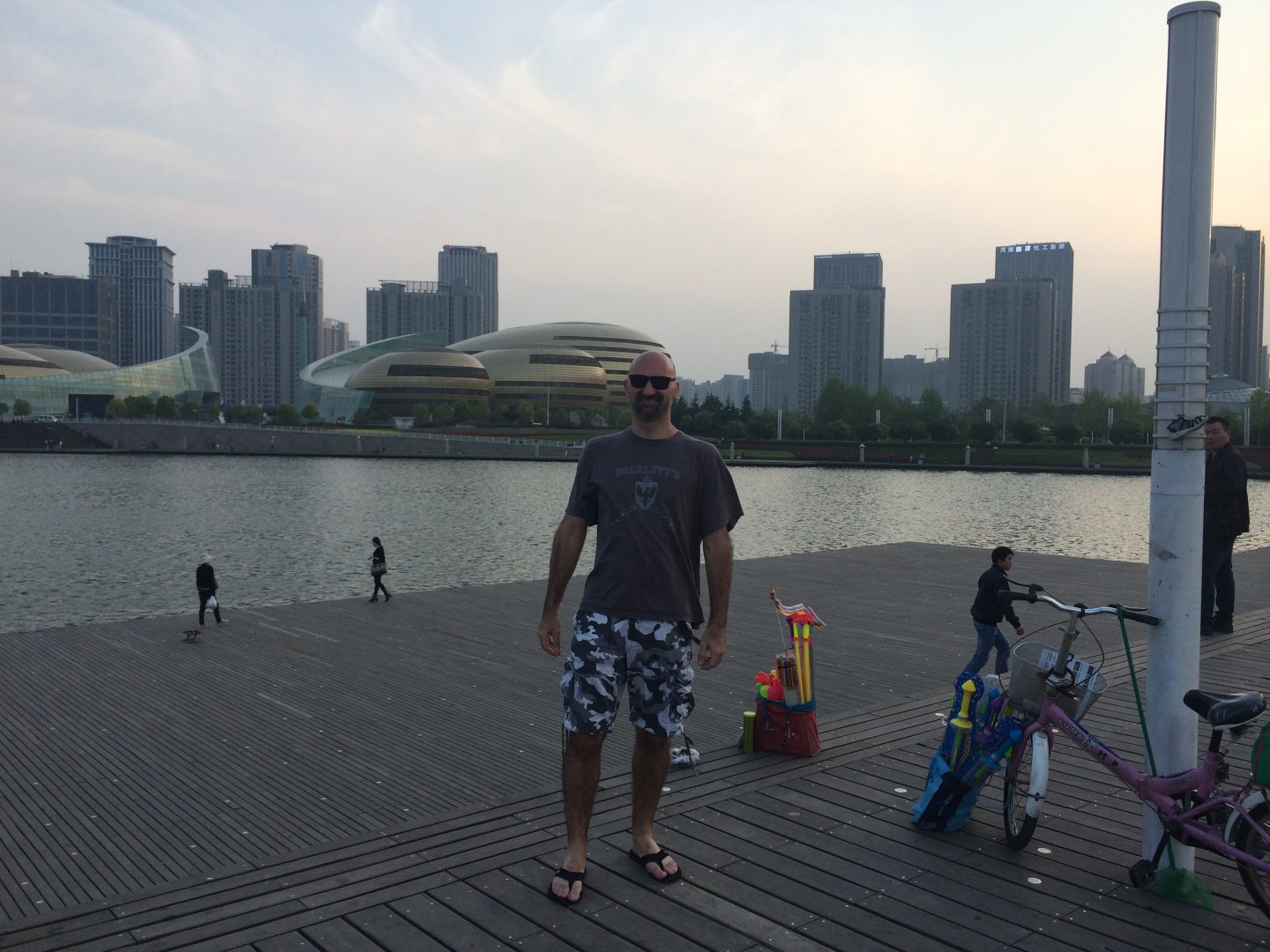 You can see all of the high rise buildings that surround the circular lake area.  This type of master planned design is hard to accomplish without a brand new city. 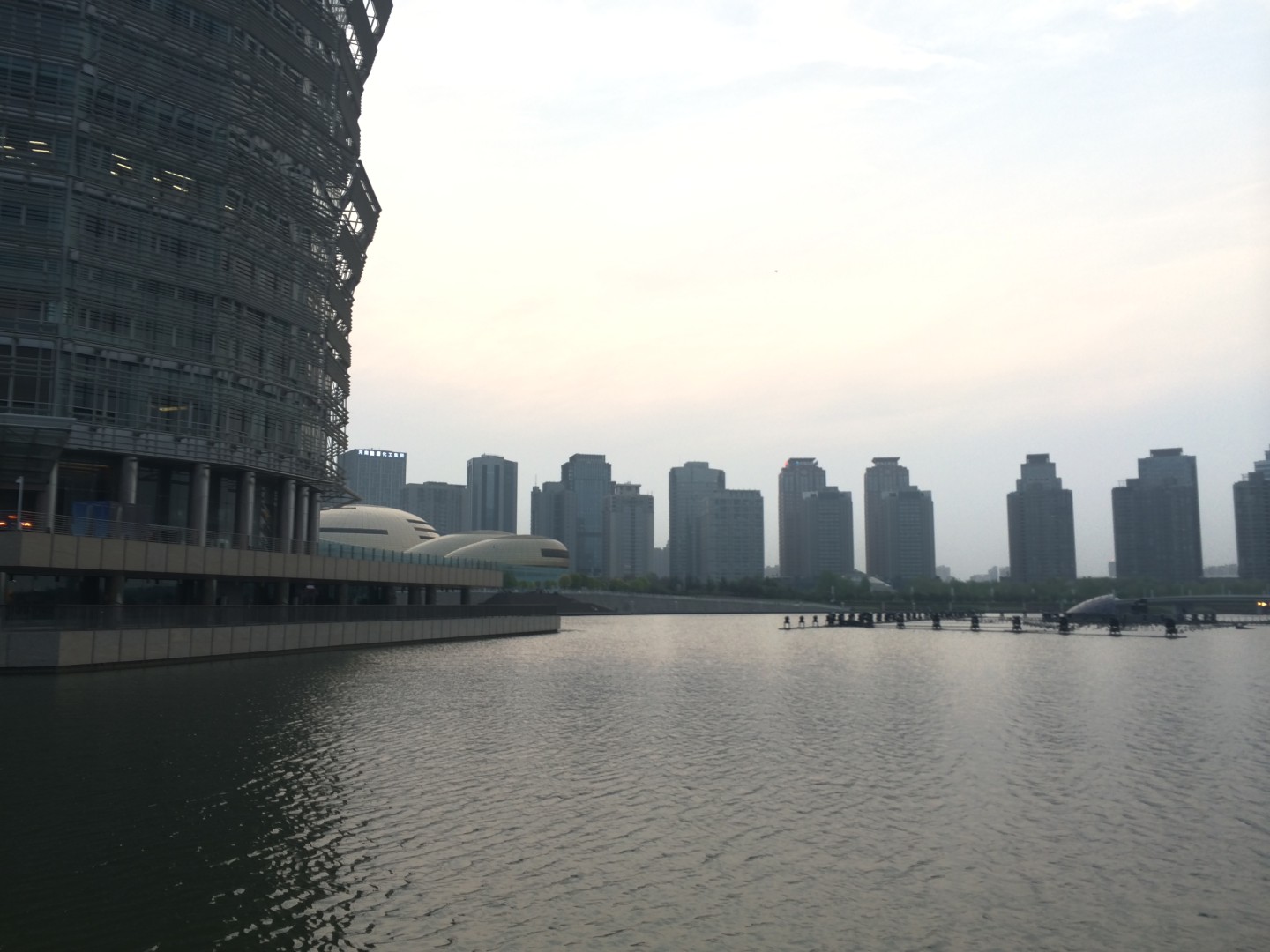 I then took the metro back over to the Erqi Memorial Tower area and walked around some more.  The double pagoda is the highlight of the square but there are video screens surrounding it as well that gives it a little bit of a time square feel. 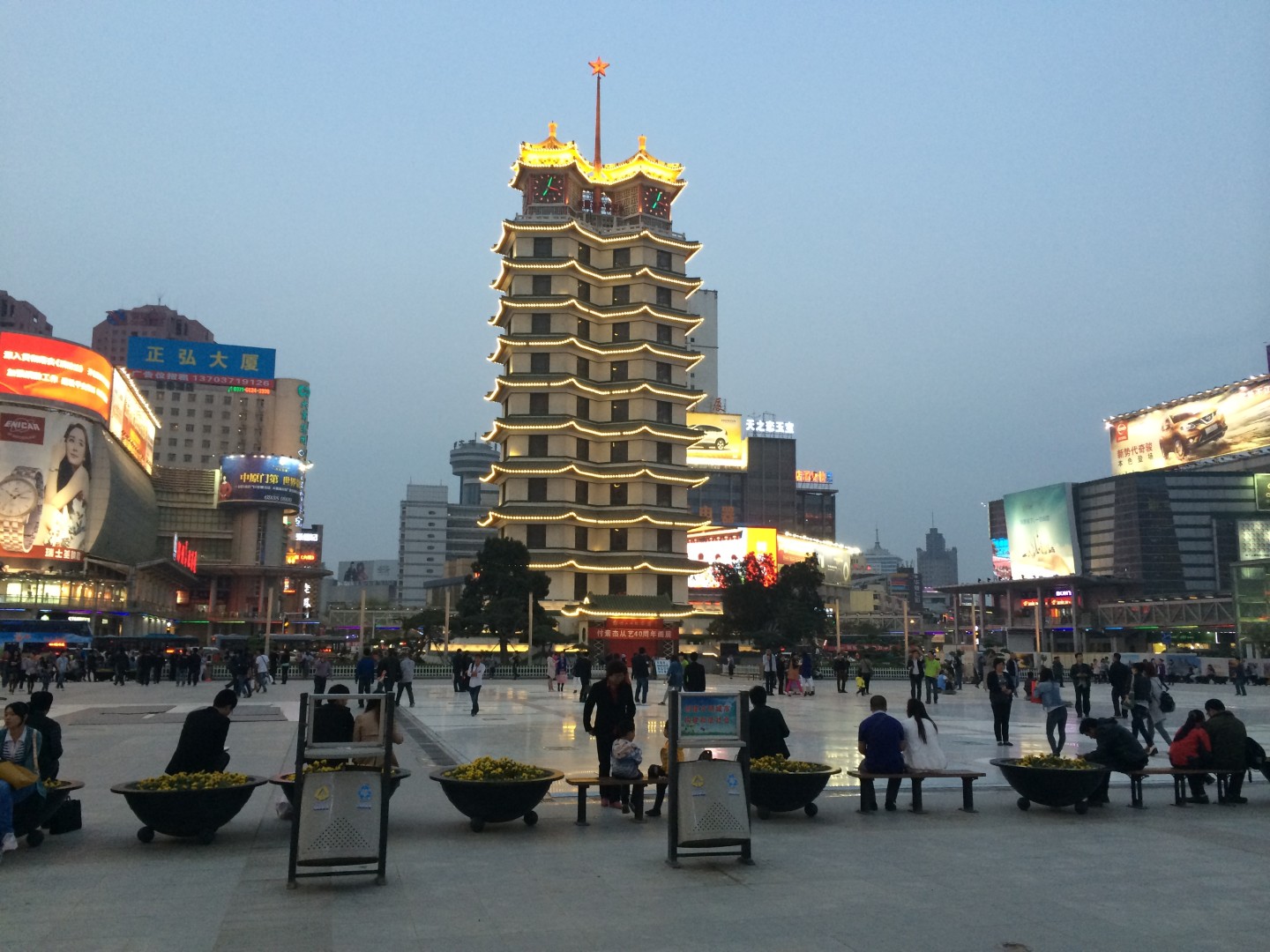 Some of the brightly colored shops near Erqi Square. 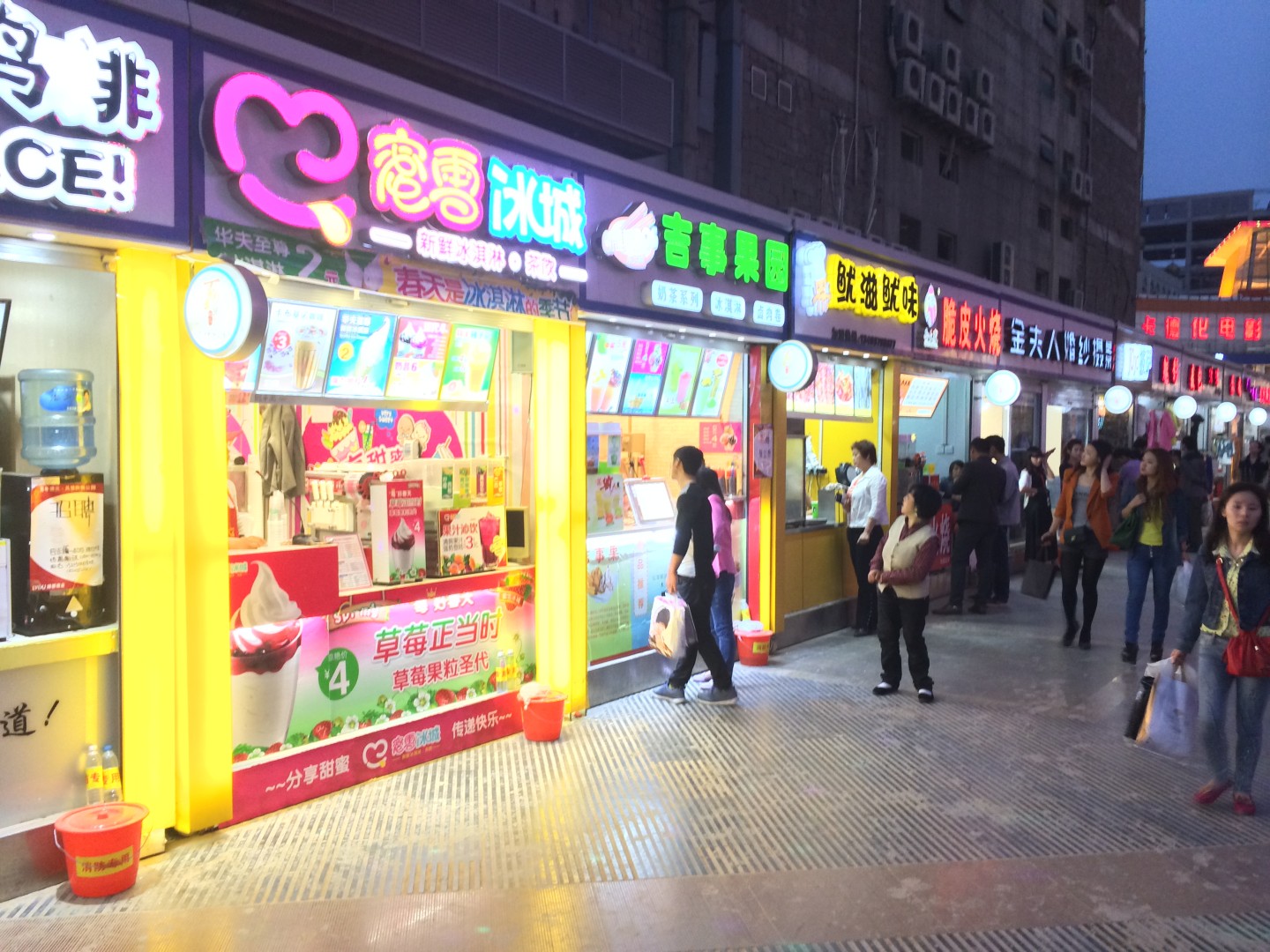 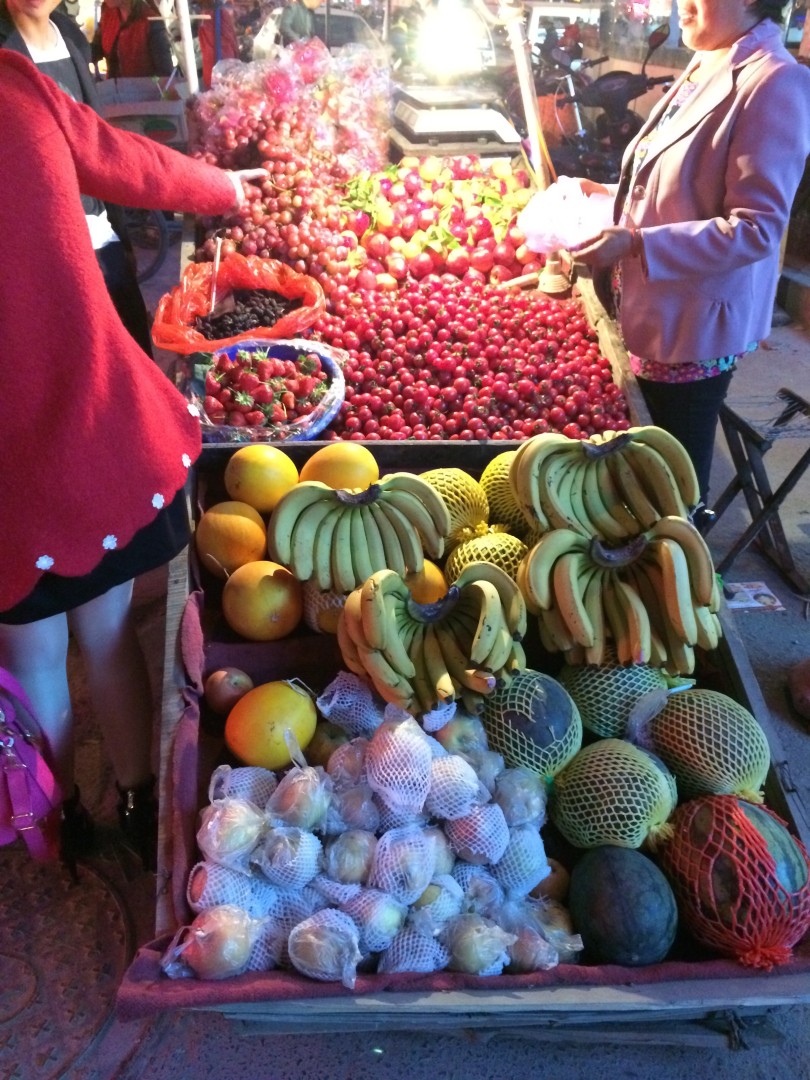 I even ran into a cyber cafe with tons and tons of people surfing and playing games online. 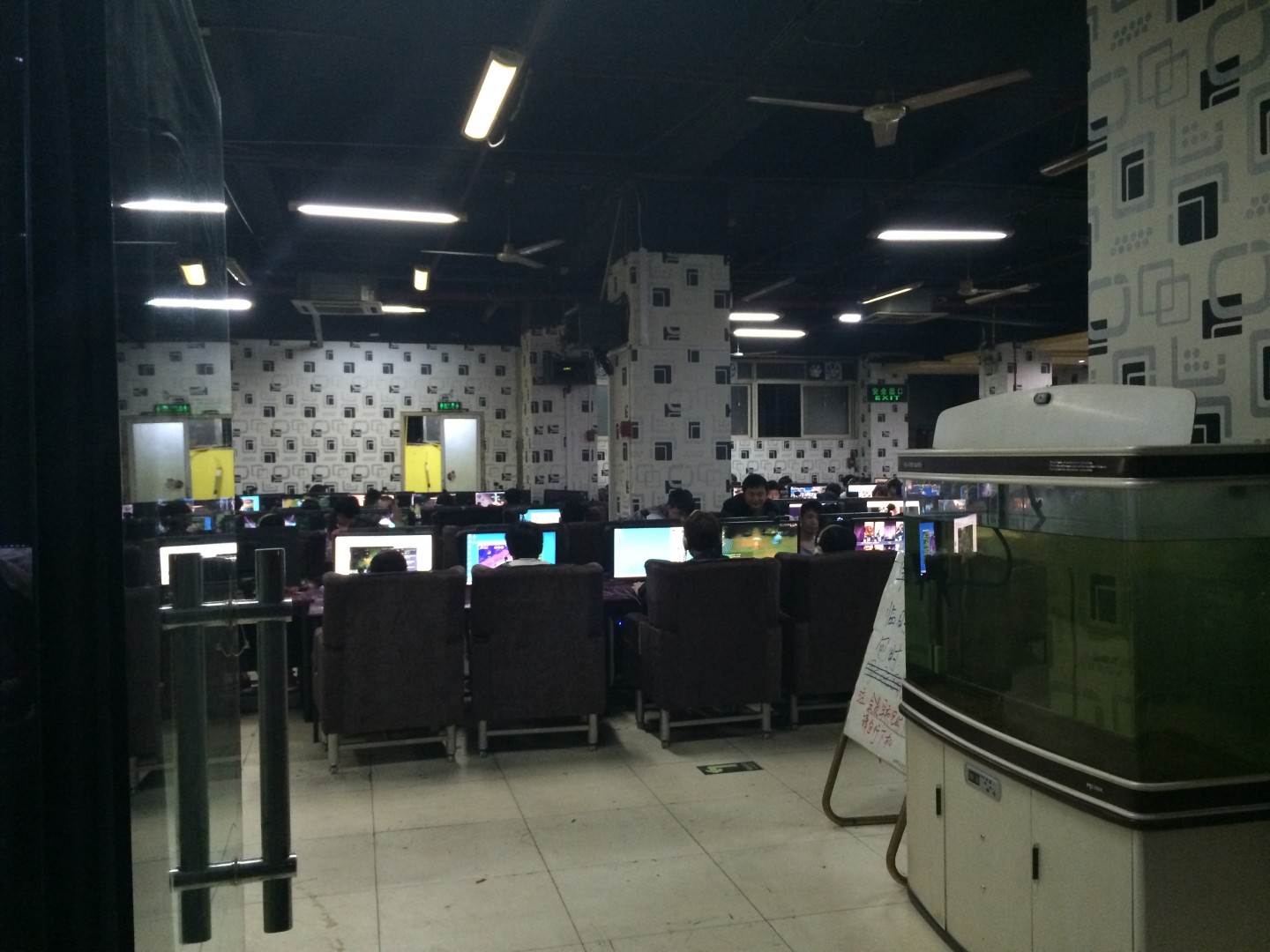 The highlight of my one night in Zhengzhou was definitely this couple.  I saw a street cart with a long line of people (which Anthony Bourdain says is always the best way to choose street food) and it looked great as the guy cooked it!

When they saw me filming them I tried to tell them that it looked good, and with the help of Google Translate, we started going back and forth talking about where I was from and why I was in Zhengzhou.  It turns out this is a husband and wife that run this stand.  Next thing I know, the guy runs off to the store and comes back with two big beers and sits down to drink with me while I eat with a tiny cup for each of us (which is how they drink in China evidently).  We finish those two beers and I tell them I want to buy some more and off he goes and comes back with a 6 pack which we proceed to drink more of along with some other chicken wing type snacks for me to try.  It is getting late at this point and I have an early train so I tell them I have to leave and they won’t let me pay for anything, not even the food!  Welcome to China they say!  What hospitality from someone who probably makes some small percentage of what I do each year. 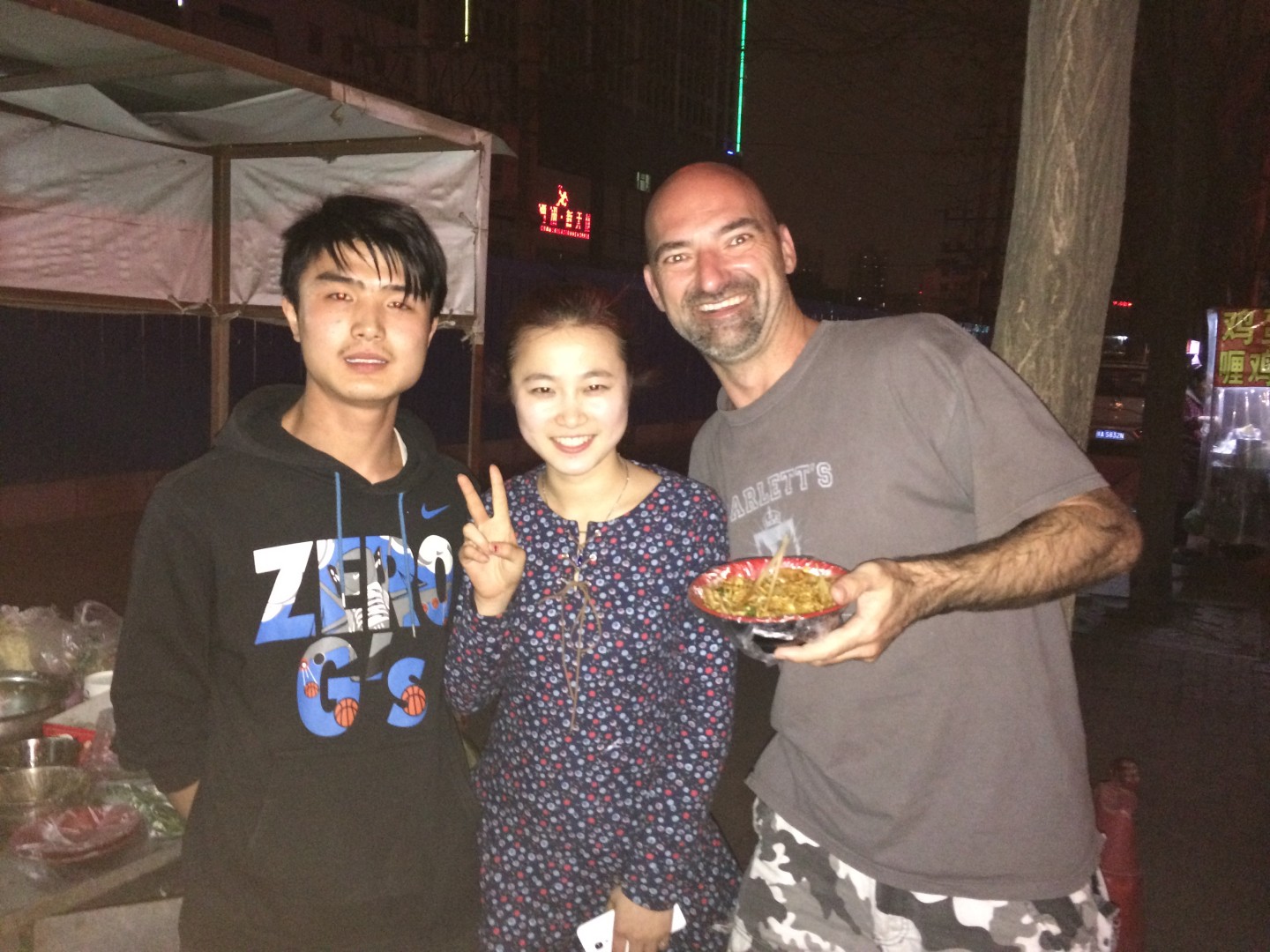 So is Zhengzhou a ghost city?  Not in my book!  It does still have lots of room to grow and spaces to fill, but Zhengzhou ended up being one of the highlights of my trip because of the incredibly nice people I met.

Next stop: Xi’an and the Terracotta Warriors!