This is part 9 of a series on my trip to Austria, Germany and China.

When I started doing my research on the Great Wall of China, I found that while the Badaling section of the great wall was the closest to Beijing and the easiest to get to by train, the Jinshanling section was a more impressive section as well as being much less crowded with tourists.  Two interesting things about the Great Wall that I didn’t know were that it isn’t one continuous wall, but instead multiple unconnected sections of wall. It was also not built all at one time but in different times across different dynasties of China. 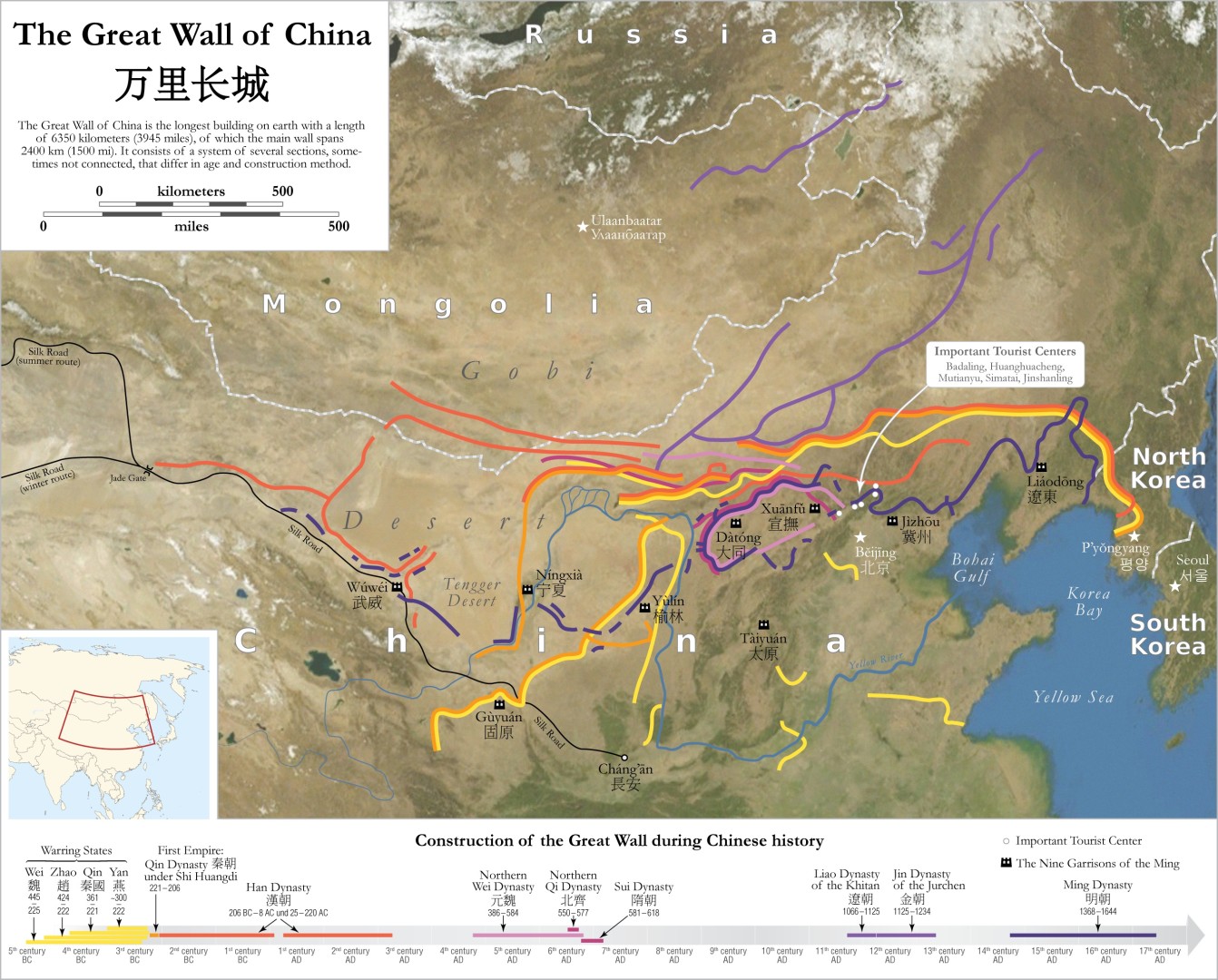 I took the public bus from Wangjing West Subway station and used my transportation smart card (which I also used to get around the Beijing subway) which gave me a discount off of the bus fare.  Check out this link for everything about the getting there by bus. I had planned to do a 12 mile hike from the Jinshanling section to the Simatai section but decided after about 6 miles that that was enough.

The 2 hour bus ride was quite scenic with mountains popping out of the mist and rice paddies on the side of the road. 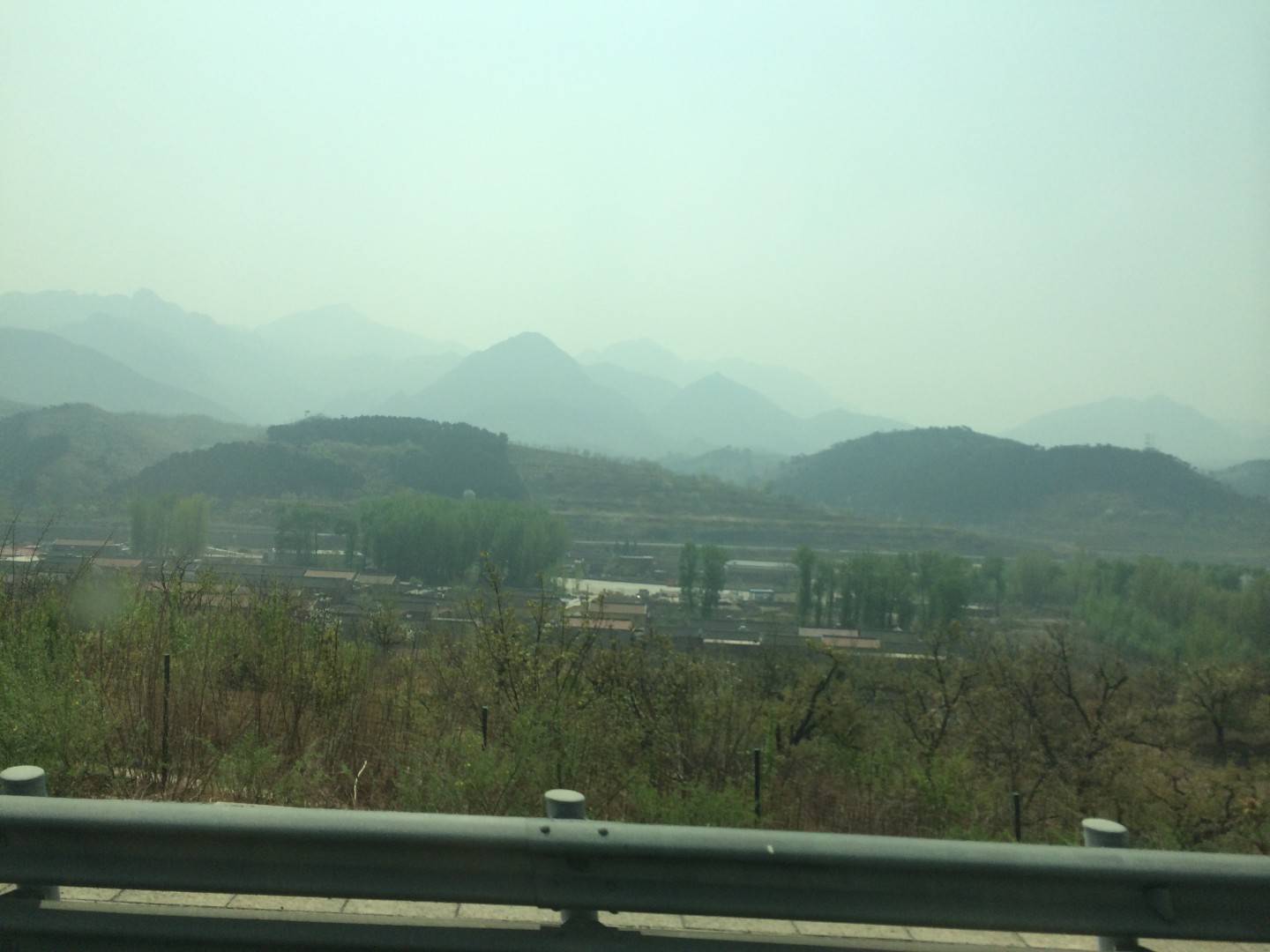 Once I got into the scenic spot (what they call the park), I saw an interesting approach to a seating problem. 🙂 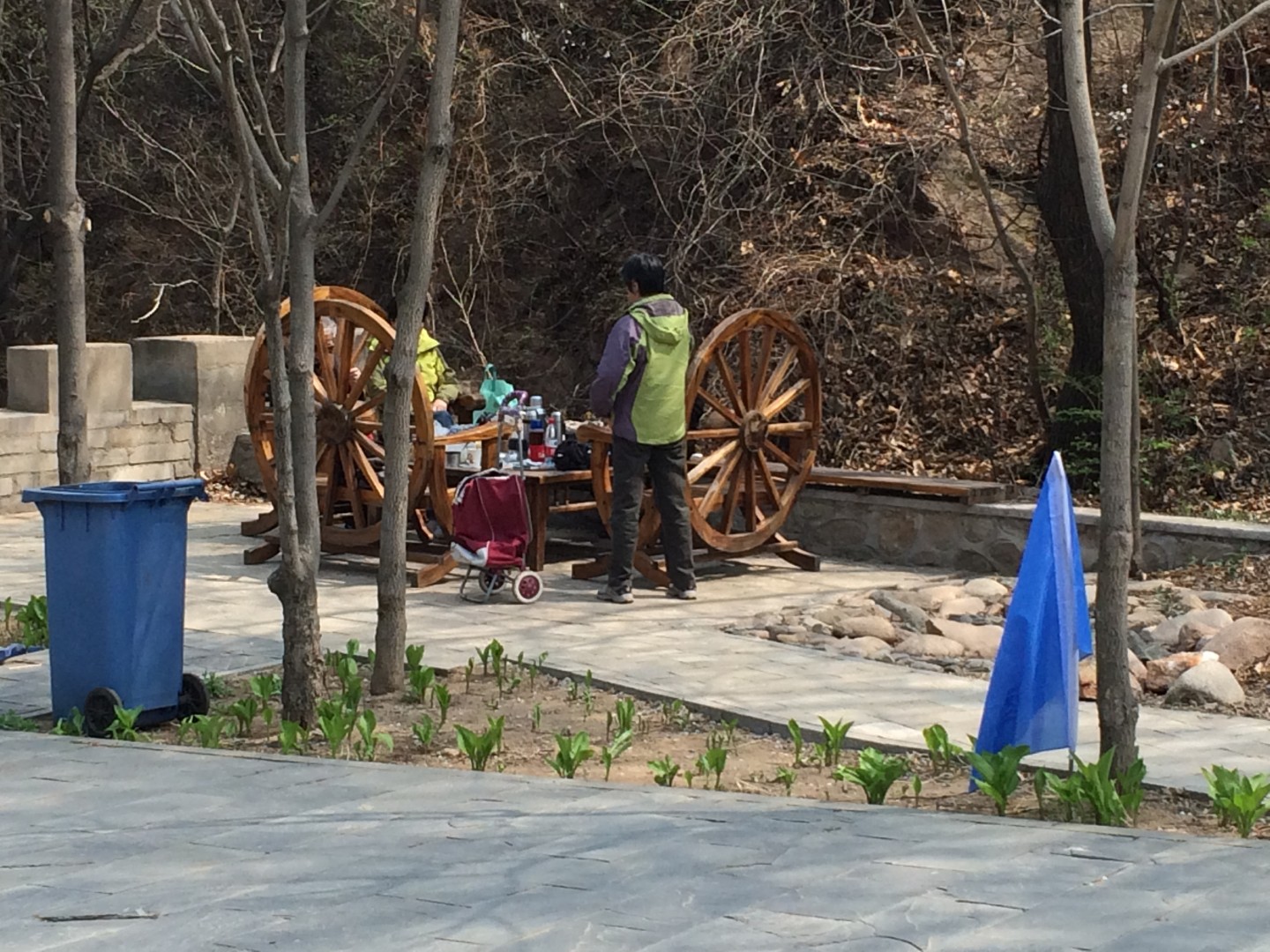 Here is the main entrance to the section of the wall. 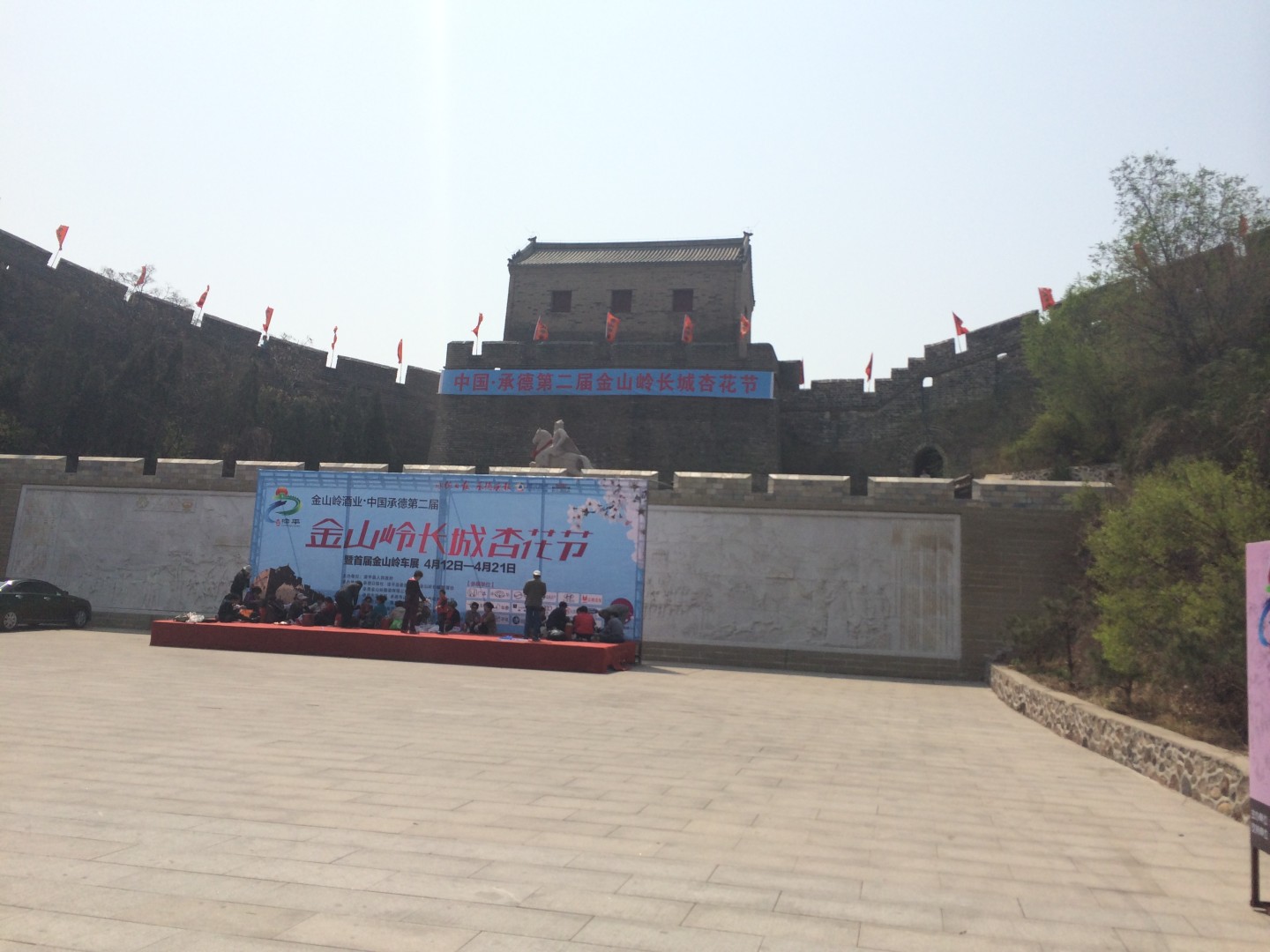 A very serious looking rider greets you to the Wall. 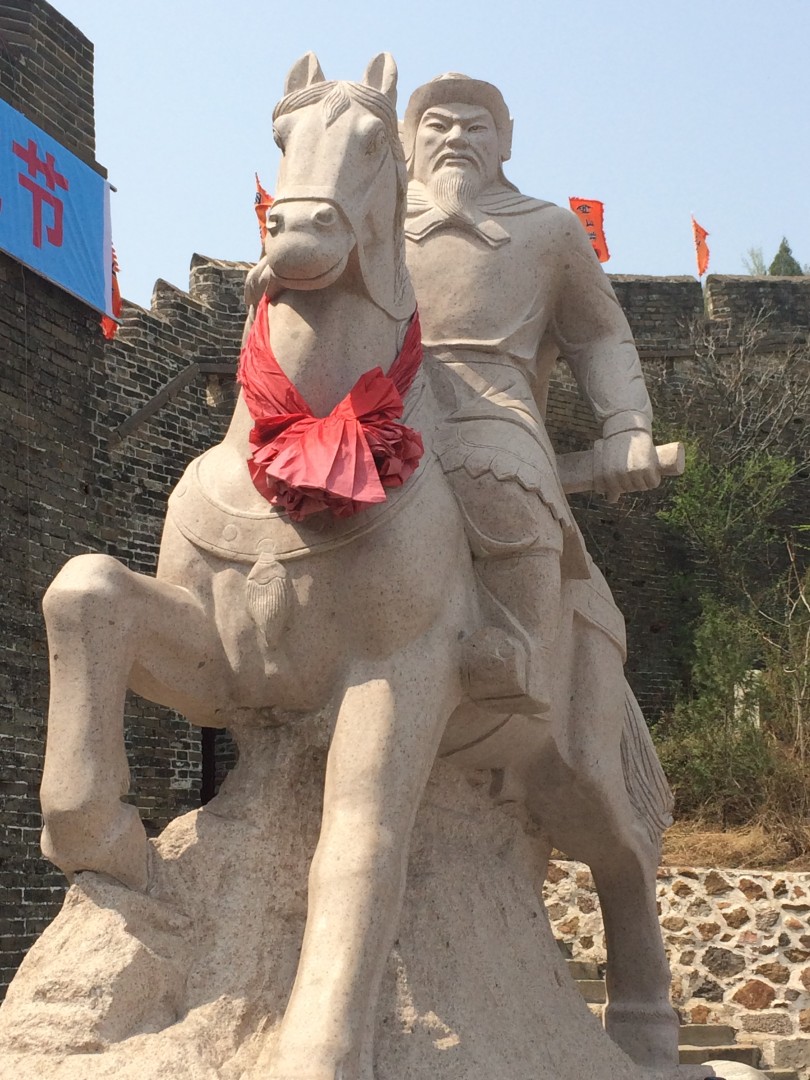 Almost right away you are treated with some amazing views of the wall crawling across the mountaintops. 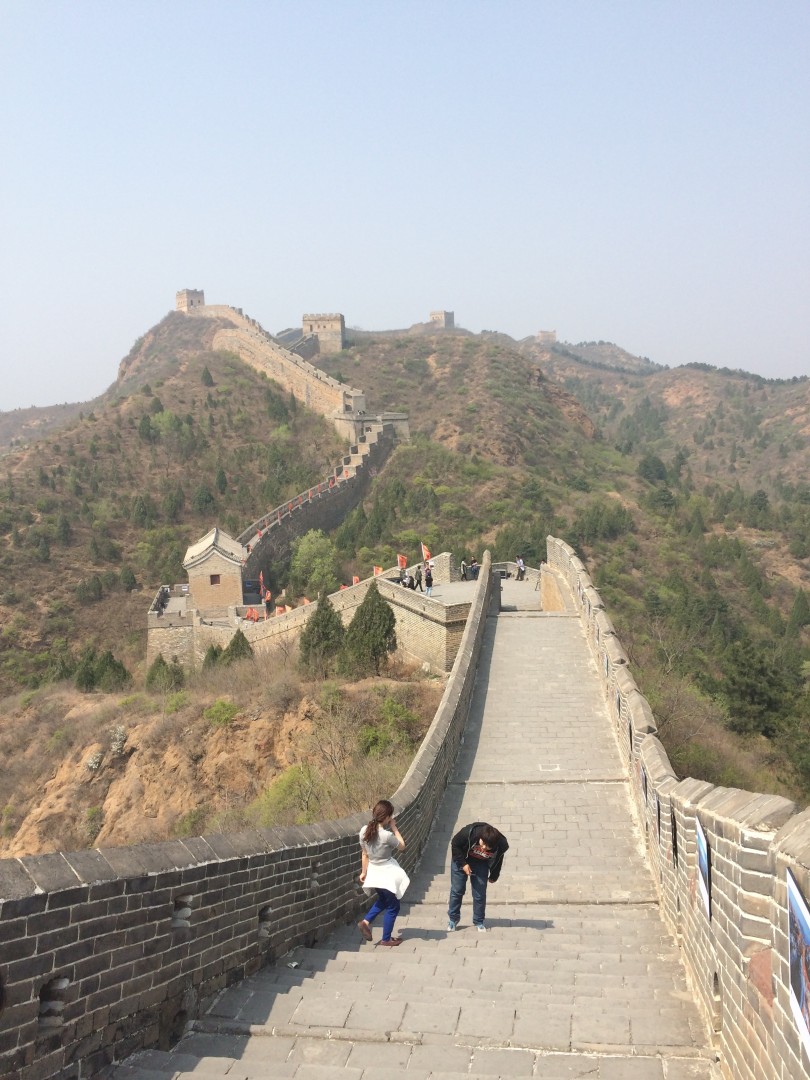 You can literally see it for miles across the mountains. 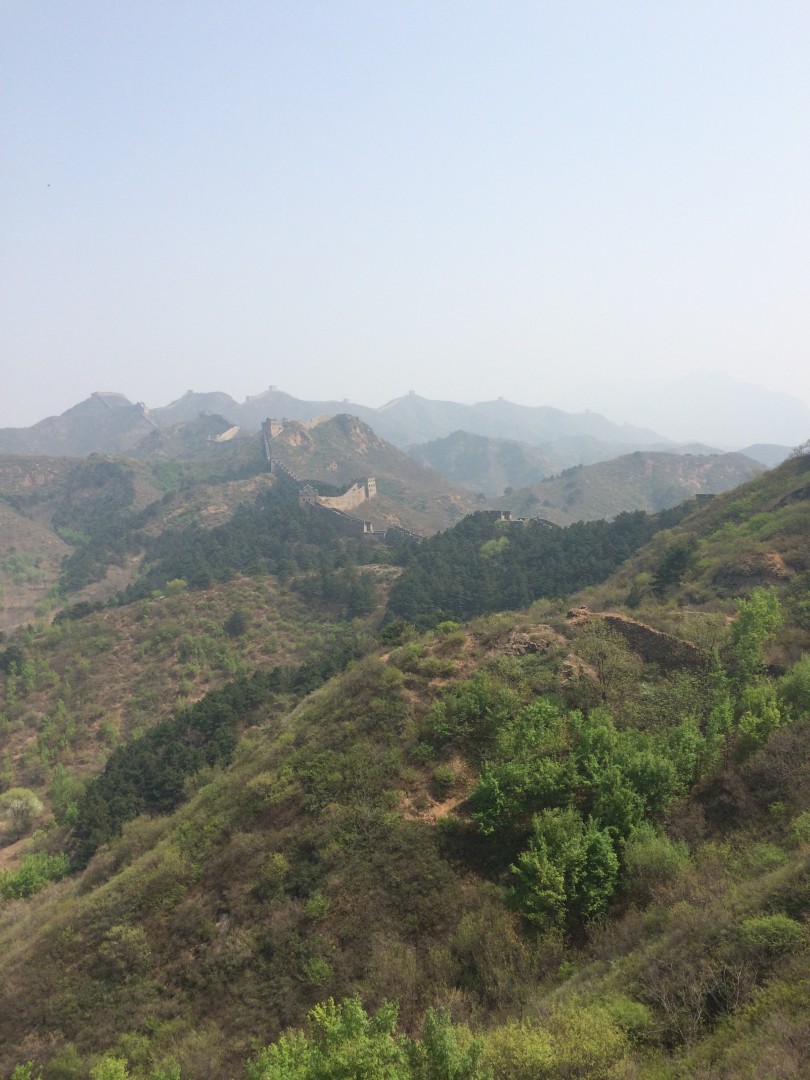 A panorama of the wall is the best way to capture it.

Here is a virtual walk down the wall.

The further I hiked, the better the views became. 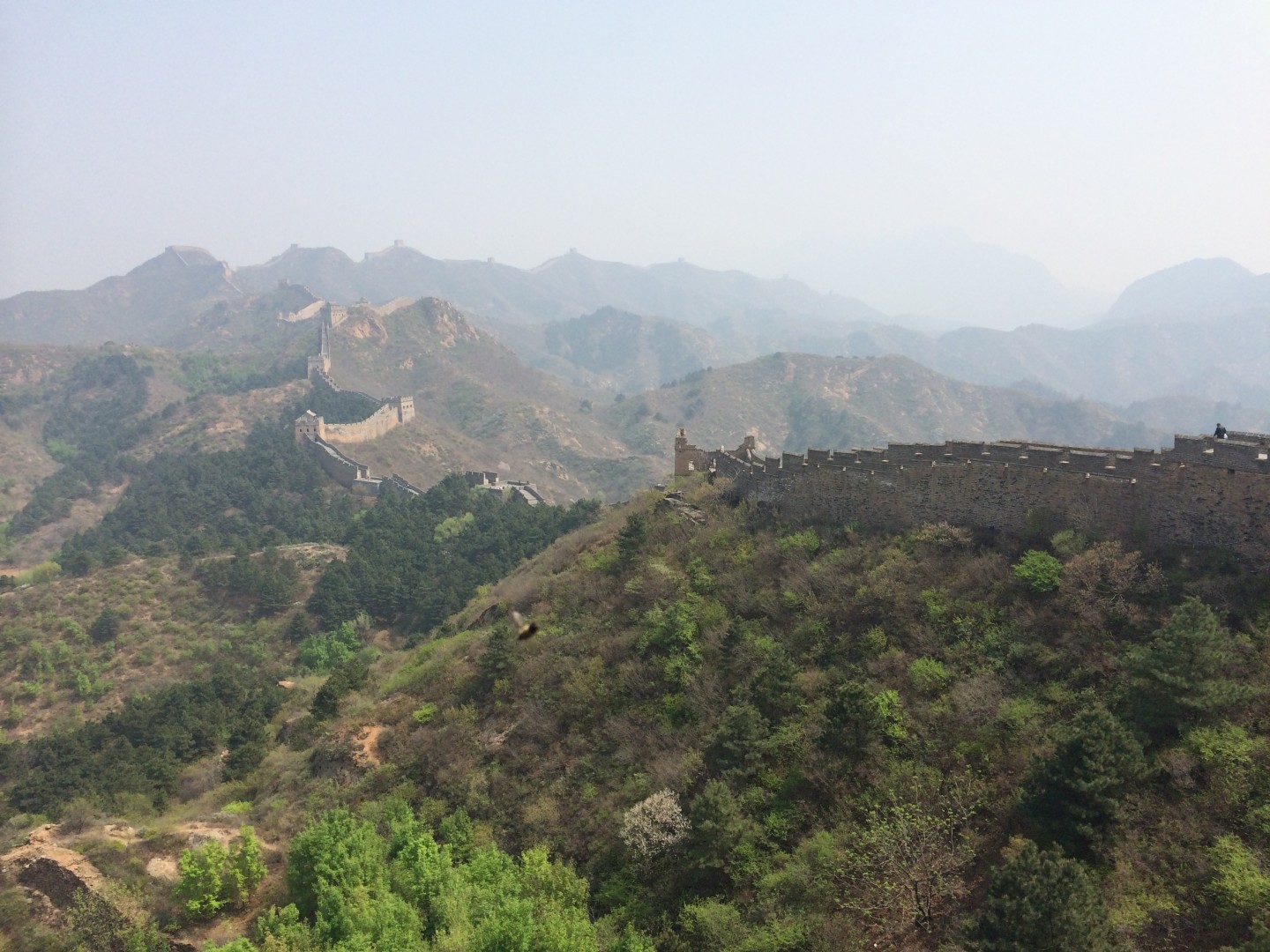 Such an amazing feat of engineering considering the time it was built. 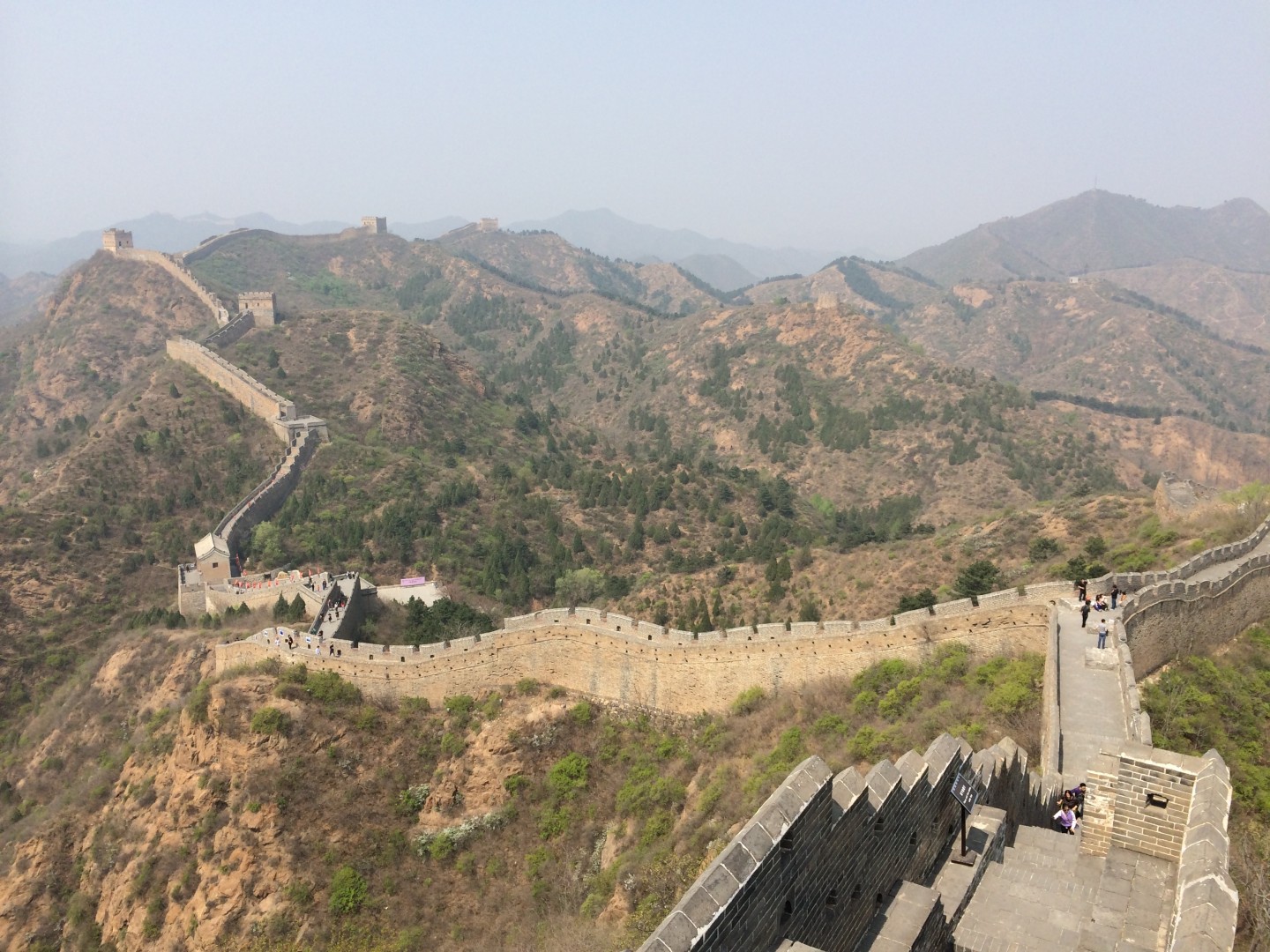 Who needs a stairmaster when you have the Great Wall!? 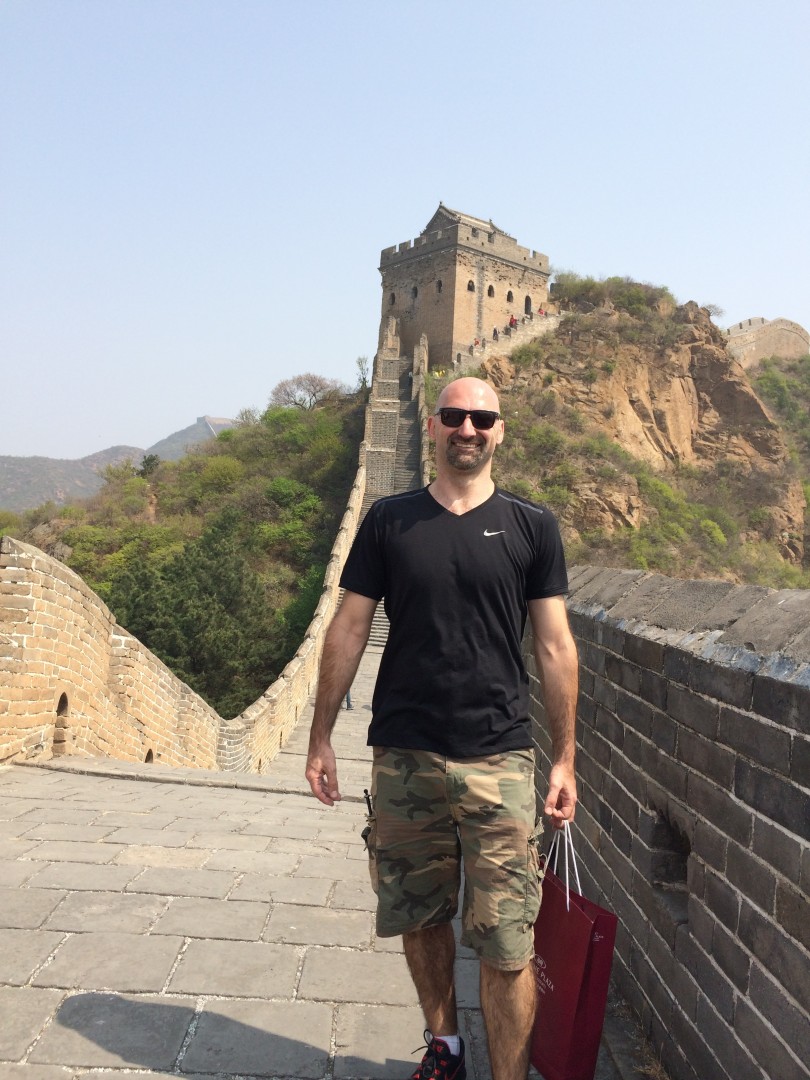 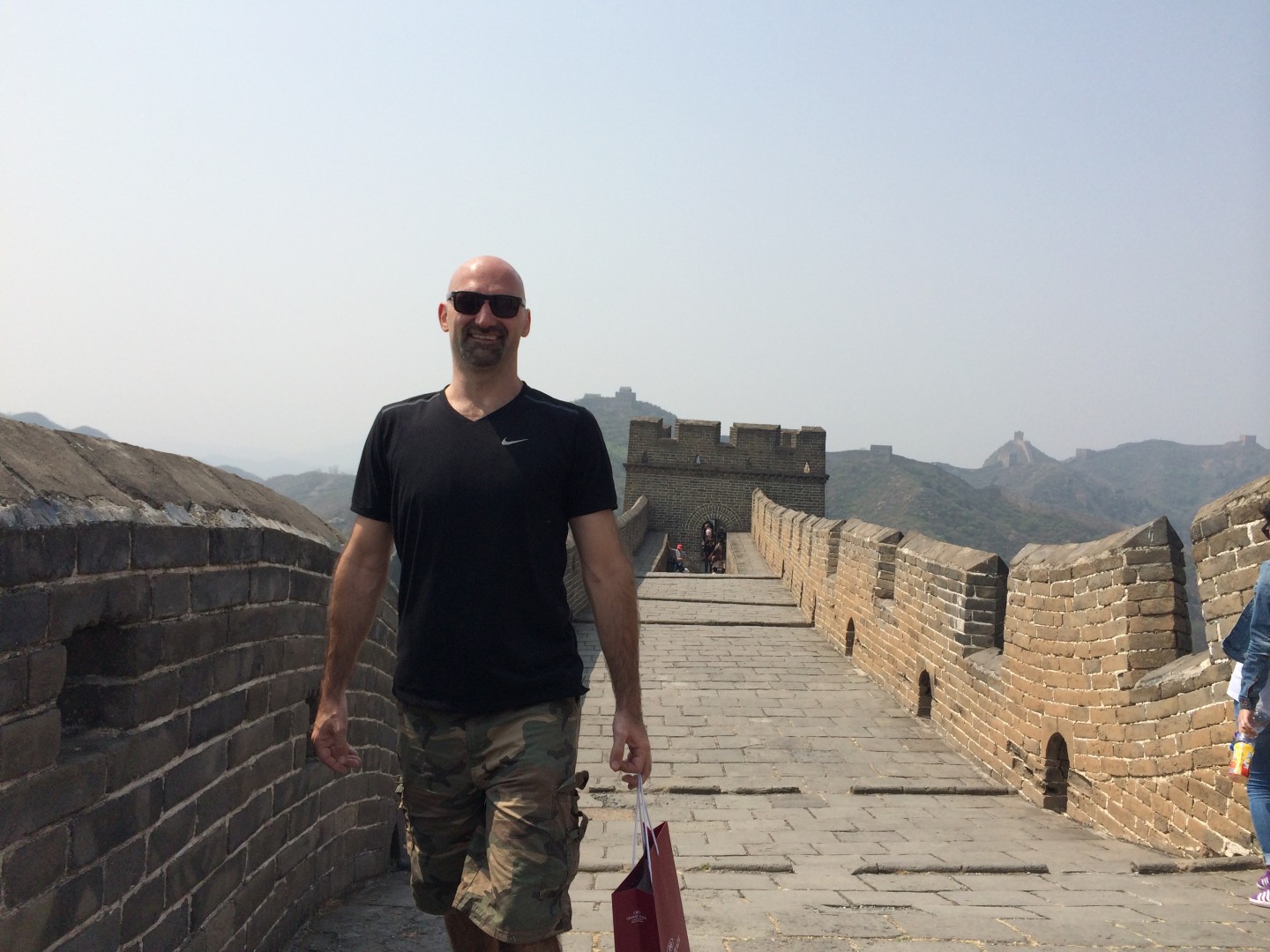 A shot from inside one of the towers 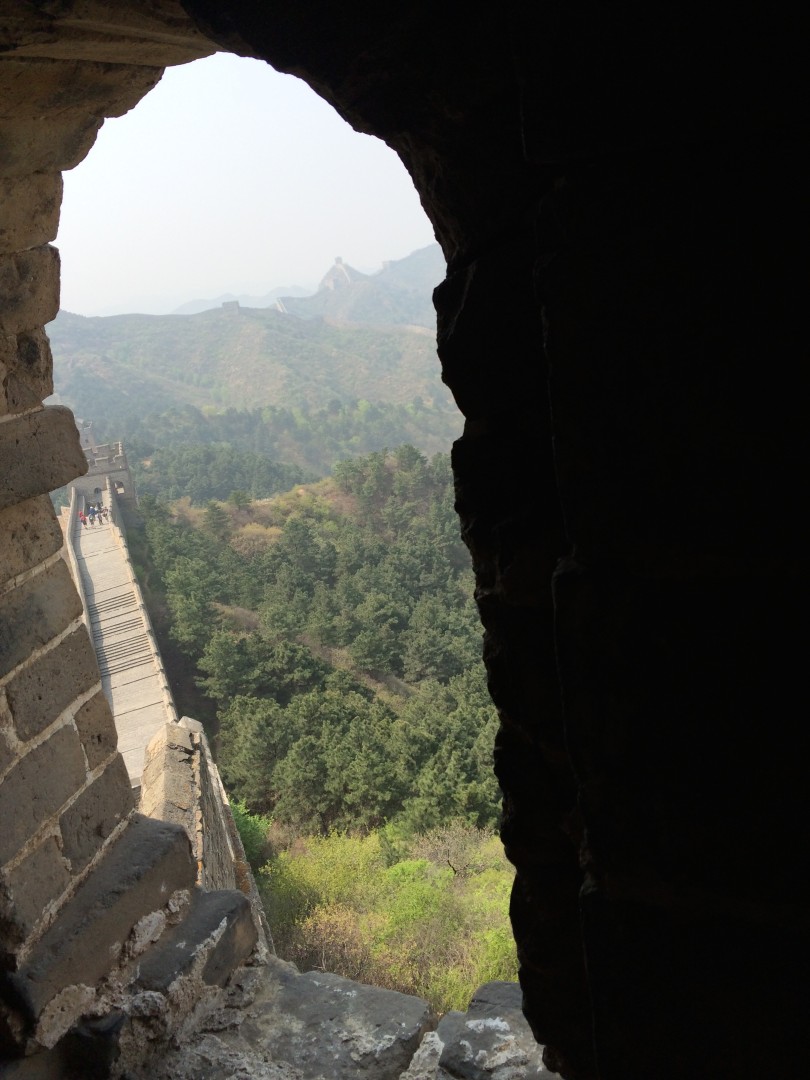 I really couldn’t get enough pictures of this amazing spot. 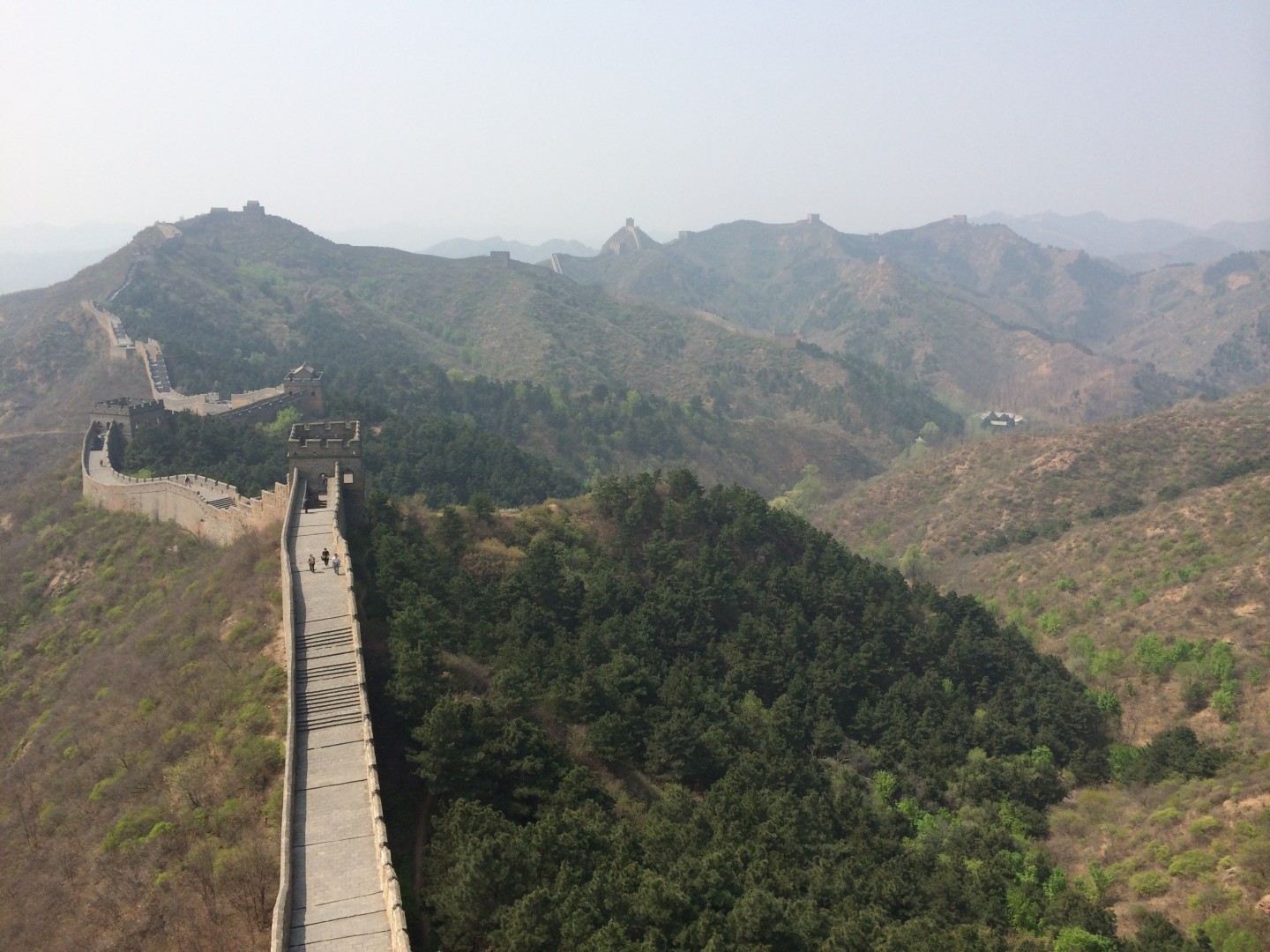 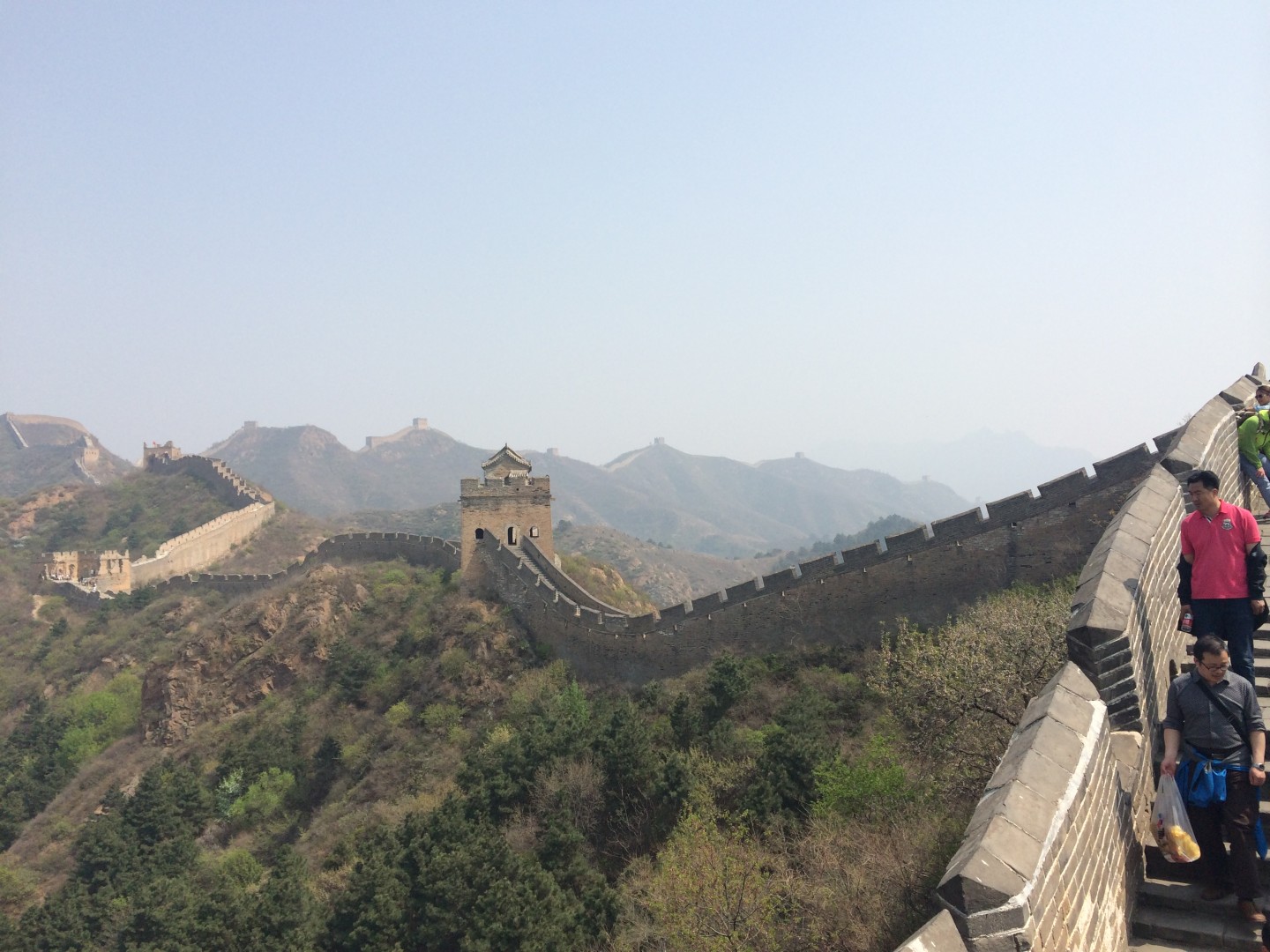 Can you see it all the way in the distant mountains? 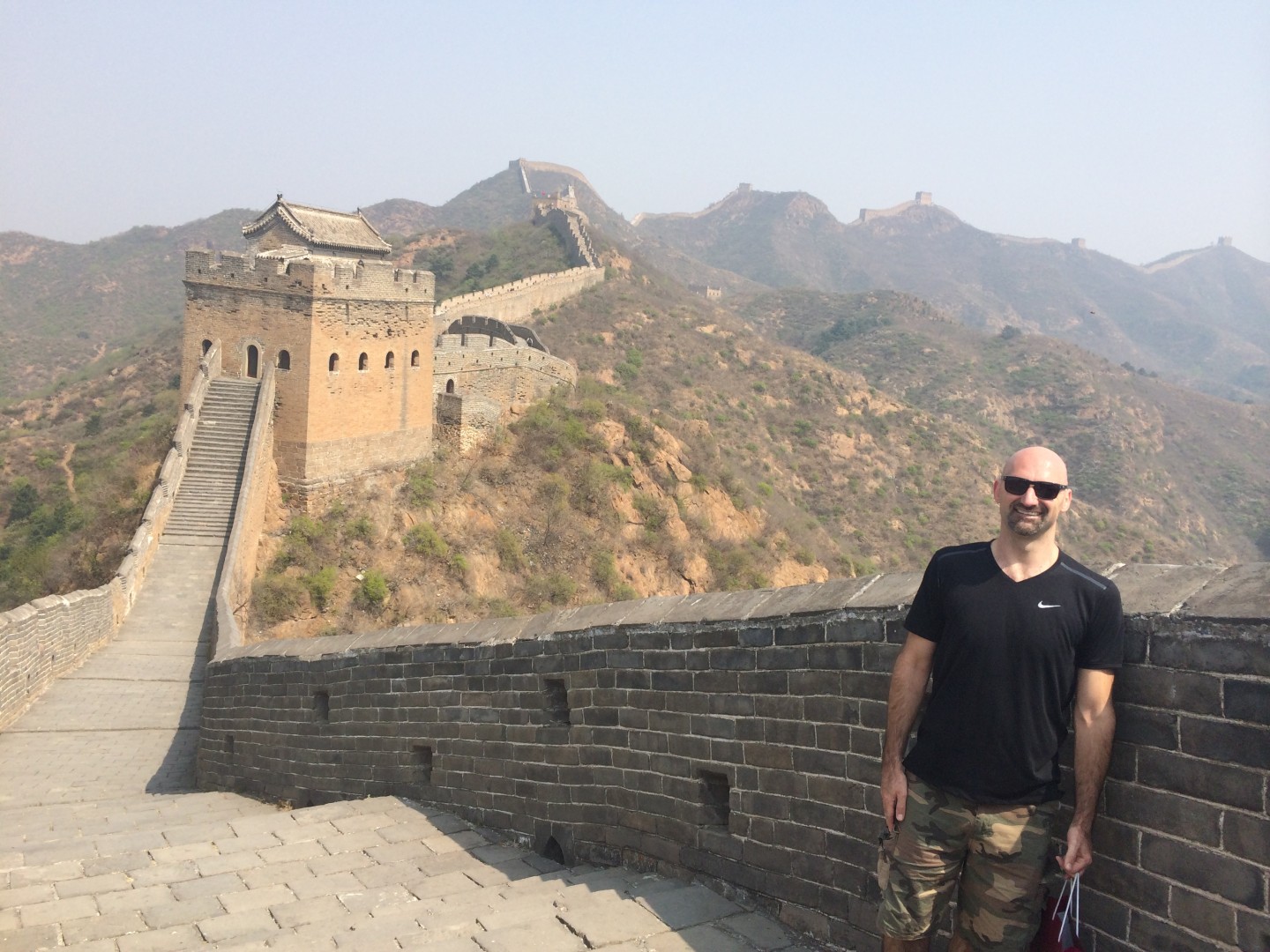 One of the older, unrestored towers. 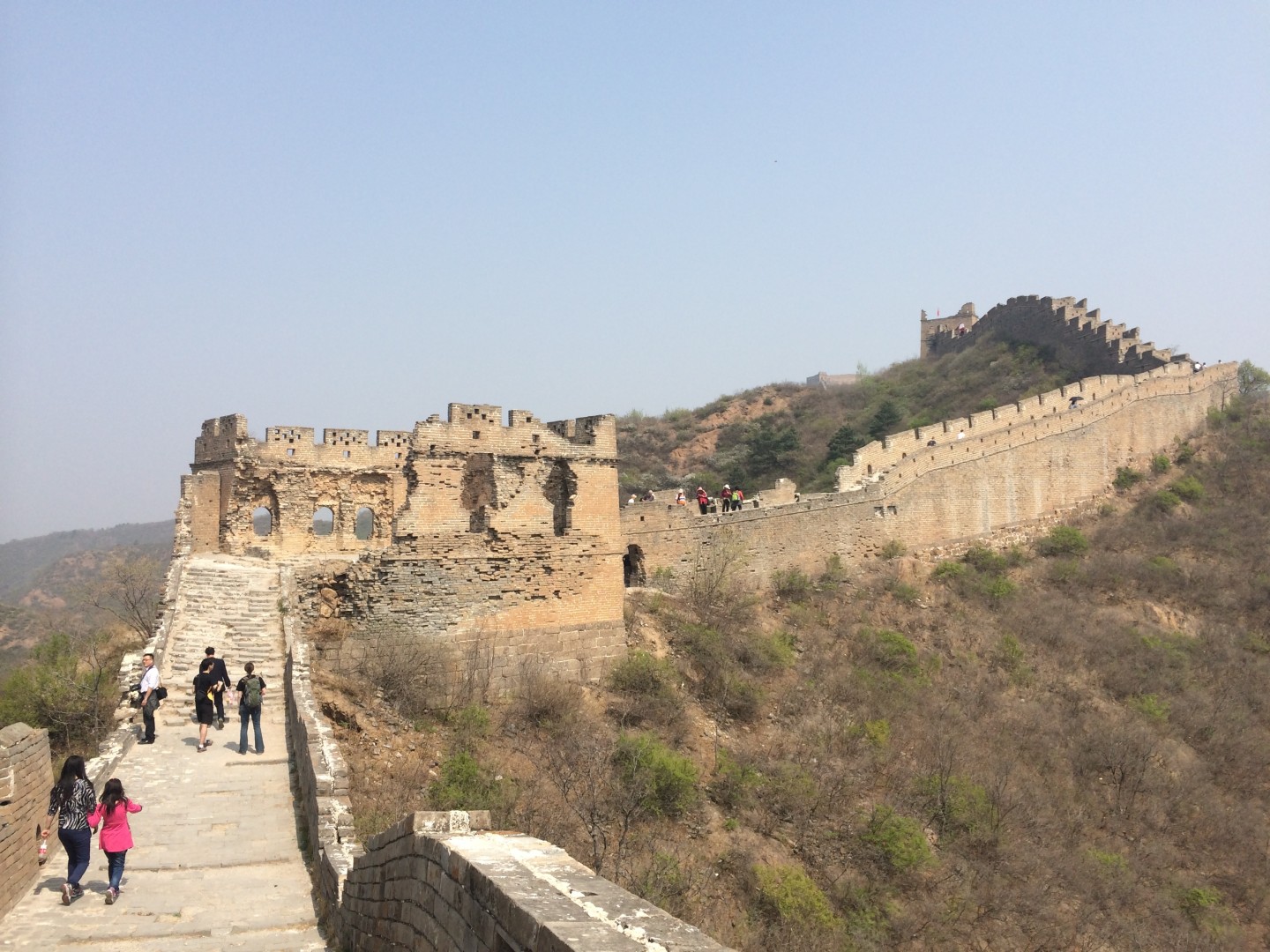 I stop for a break on a rough section of wall. 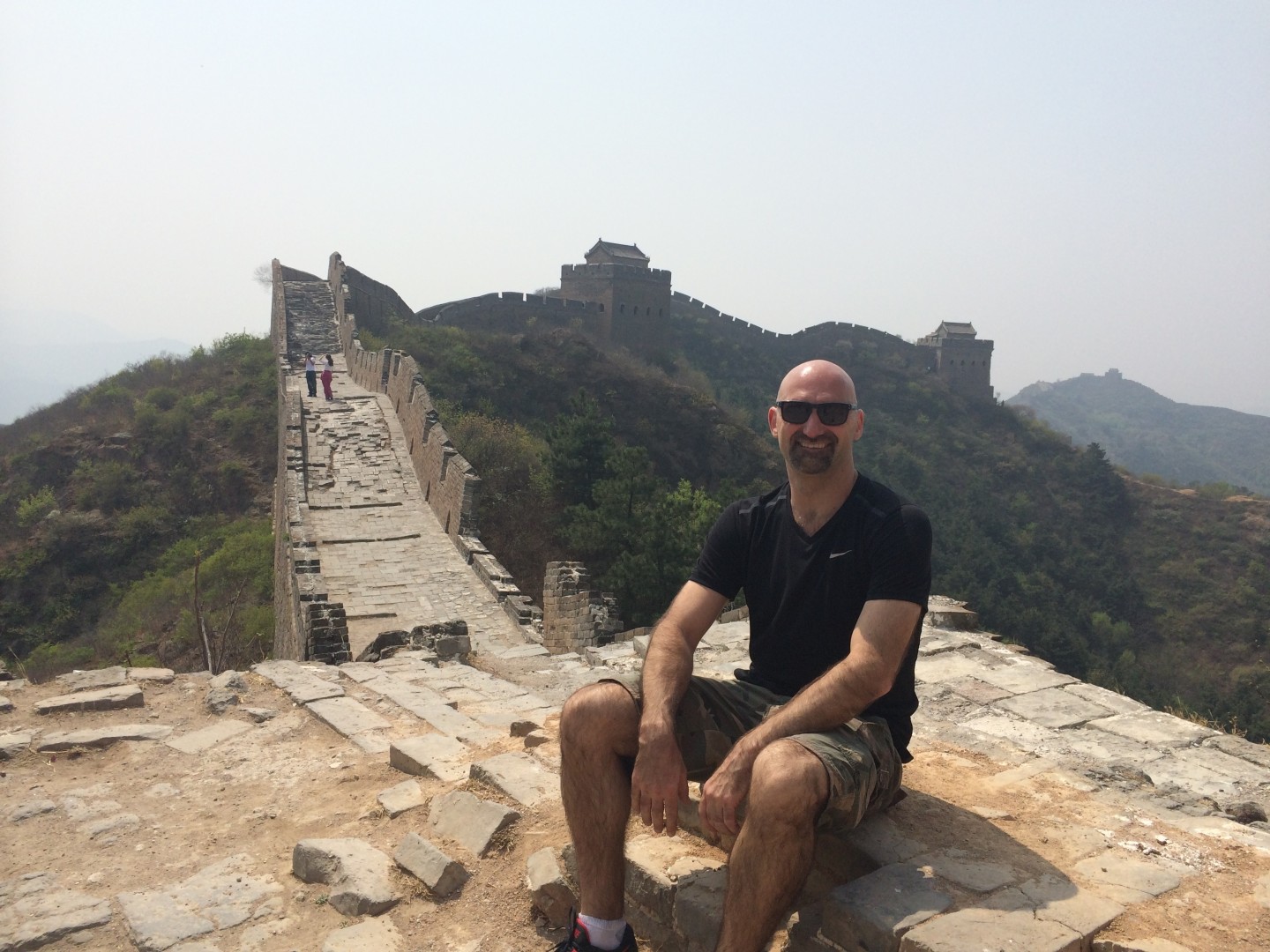 More stairs.  This is probably the most people I saw at one time all day on this remote section of the wall. 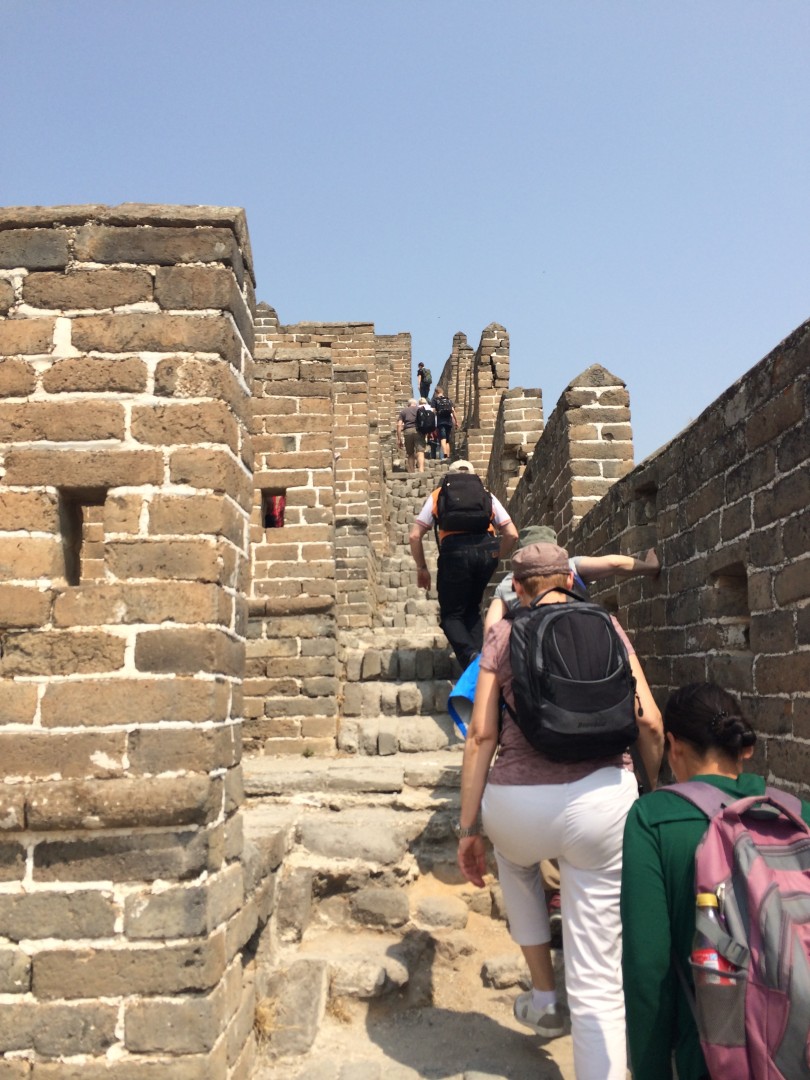 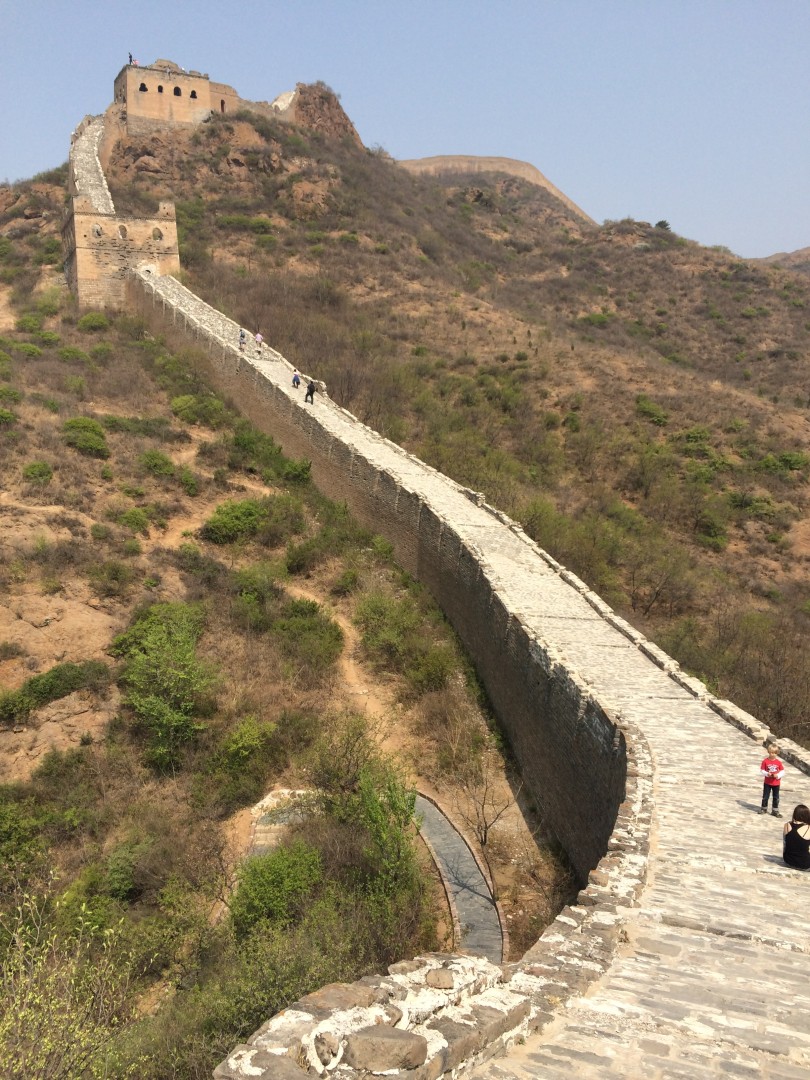 Come with me to China! 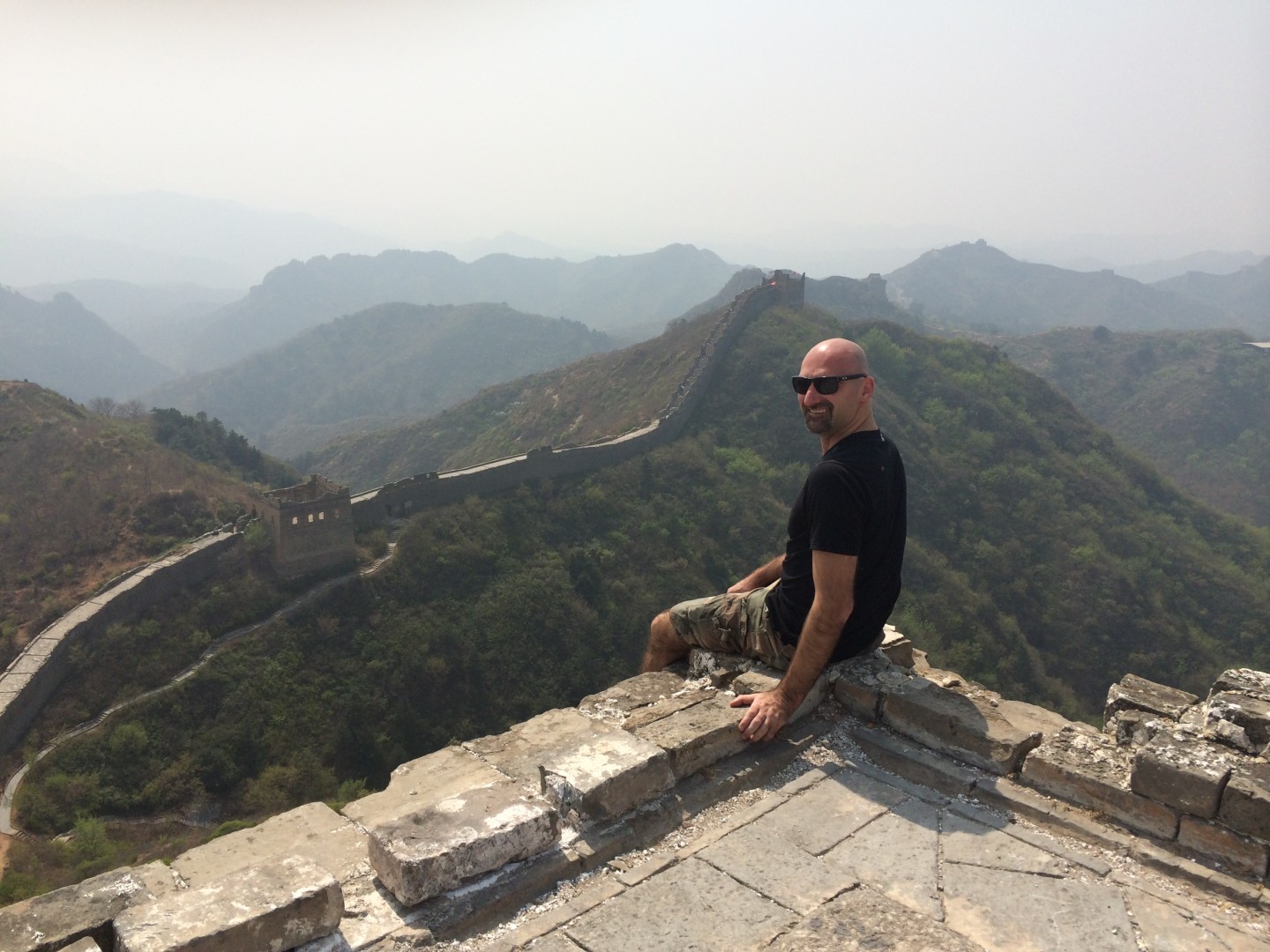 The world is mine! 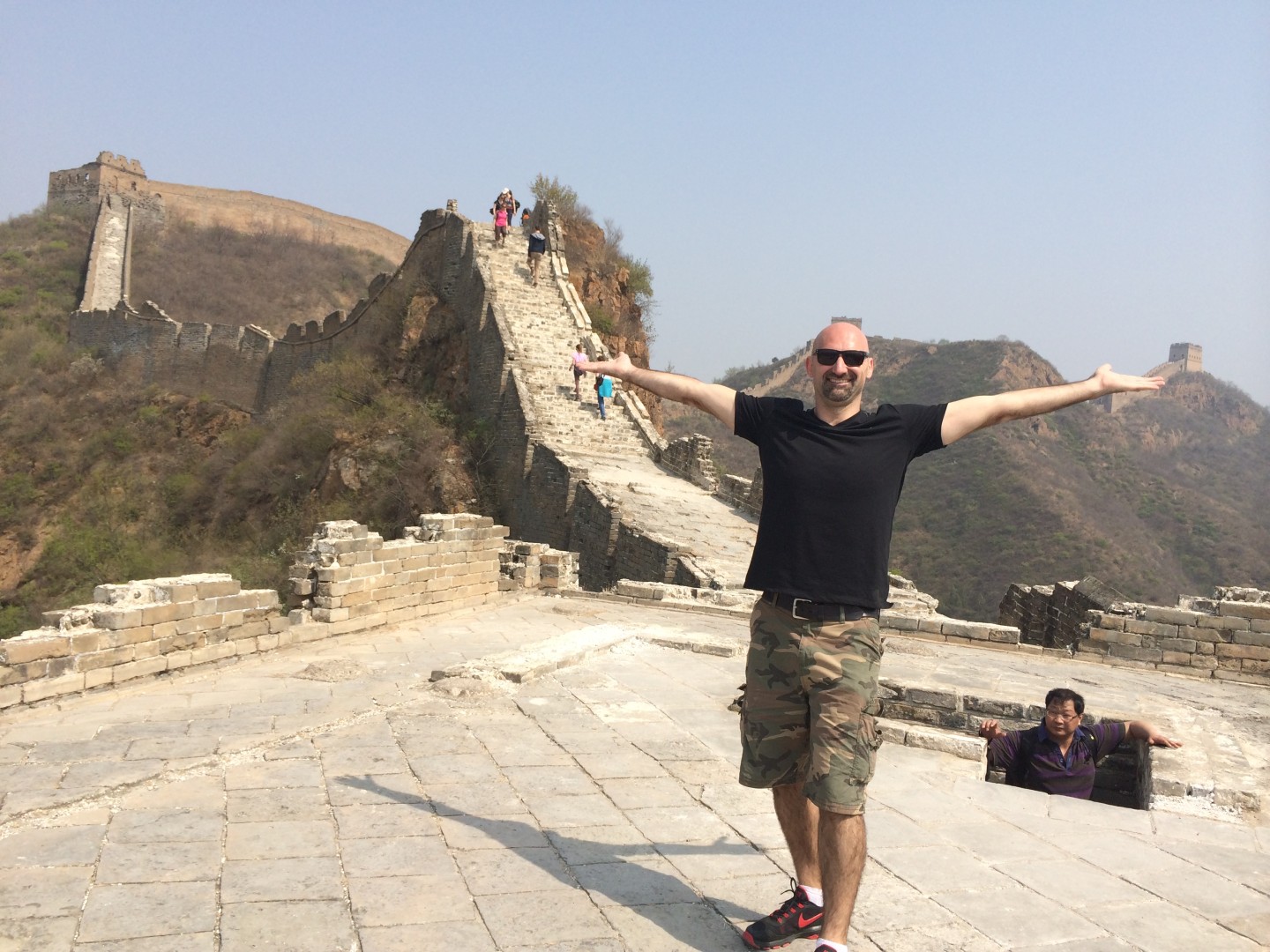 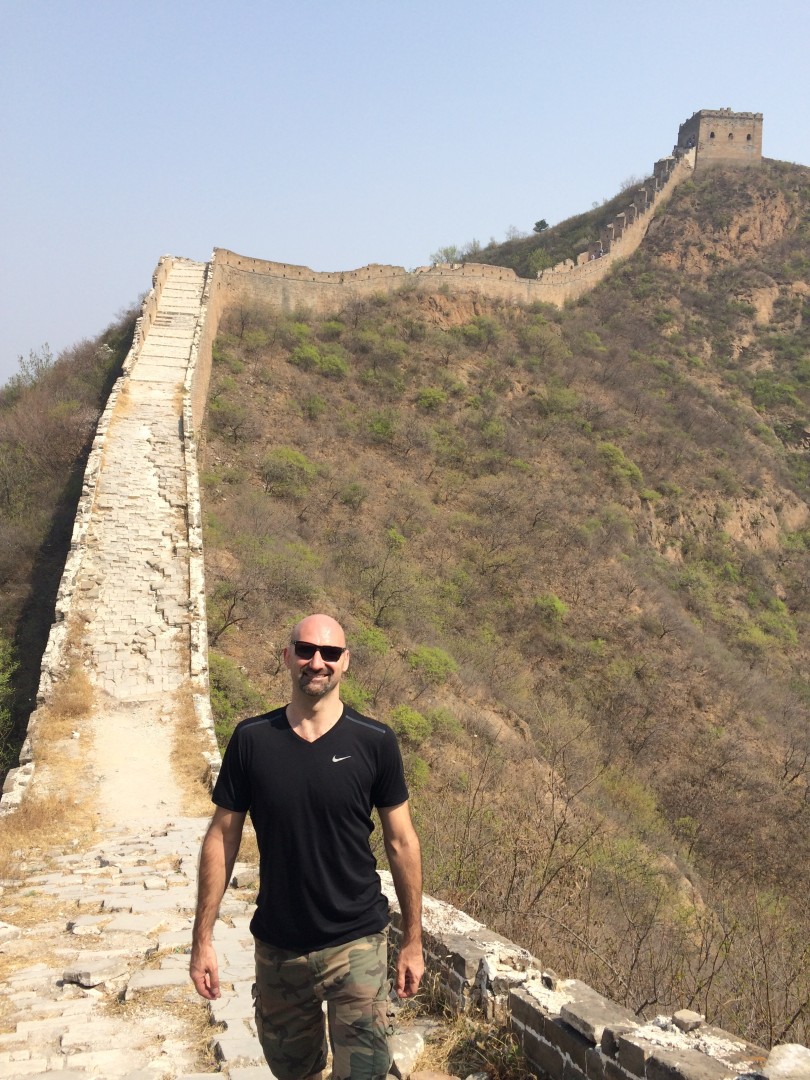 Another neat shot from within a tower.

Here is an overview of the wall experience I had.

This is near the spot where I called it a day. 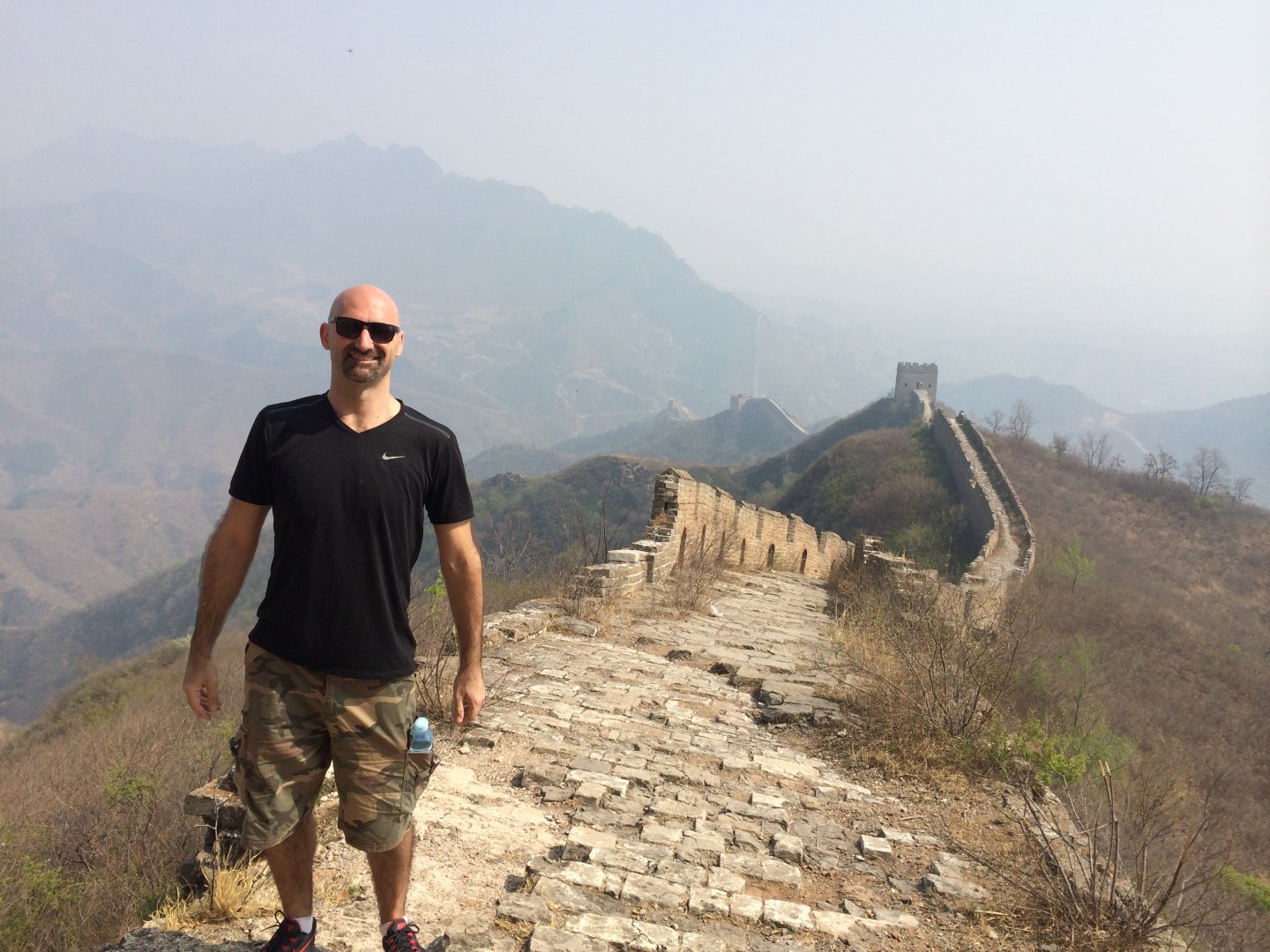 A Mongolian woman engaged me right when I first arrived and offered to be my guide if I bought some of her souvenirs she had in a backpack.  I told her (honestly) that I didn’t have much Yuan with me and didn’t want her services but she was persistent and wouldn’t leave me alone.  So I let her walk with me and talk and got her to act as my photographer and videographer.  At the end she offered me some kind of boring souvenirs so I skipped them and just gave her whatever small Yuan I had in my pocket (maybe $10 worth) which she wasn’t really happy with but I warned her I didn’t have much going in so I didn’t feel that bad about it. Evidently she hikes up and down the wall several times every day as a tour guide.  Talk about a hard job!

In retrospect, the Great Wall really was one of the highlights of my trip.  In particular I would recommend the Jinshanling portion of the wall to avoid the crowds and also see a more impressive section of the wall.