This is part 14 of a series on my trip to Austria, Germany and China.

As I sat in the rain in my hotel in Zhangjiajie, I looked at my different options on where I could go.  I knew that I had to be in Hangzhou in 3 days for my free pointbreaks nights at the Intercontinental Hangzhou, but I wasn’t sure the best way to get there.  I also knew that I was one Saturday night stay away from picking up 74,000 IHG points in the Big Win promotion. Looking at the rail map, I knew I had to get to the High Speed rail portions as quickly as possible to make the most of my time.  A route from Zhangjiajie to Changsha then high speed rail from Changsha to Wuhan(Wuchang on this map) to Hefei to Hangzhou would do the trick. 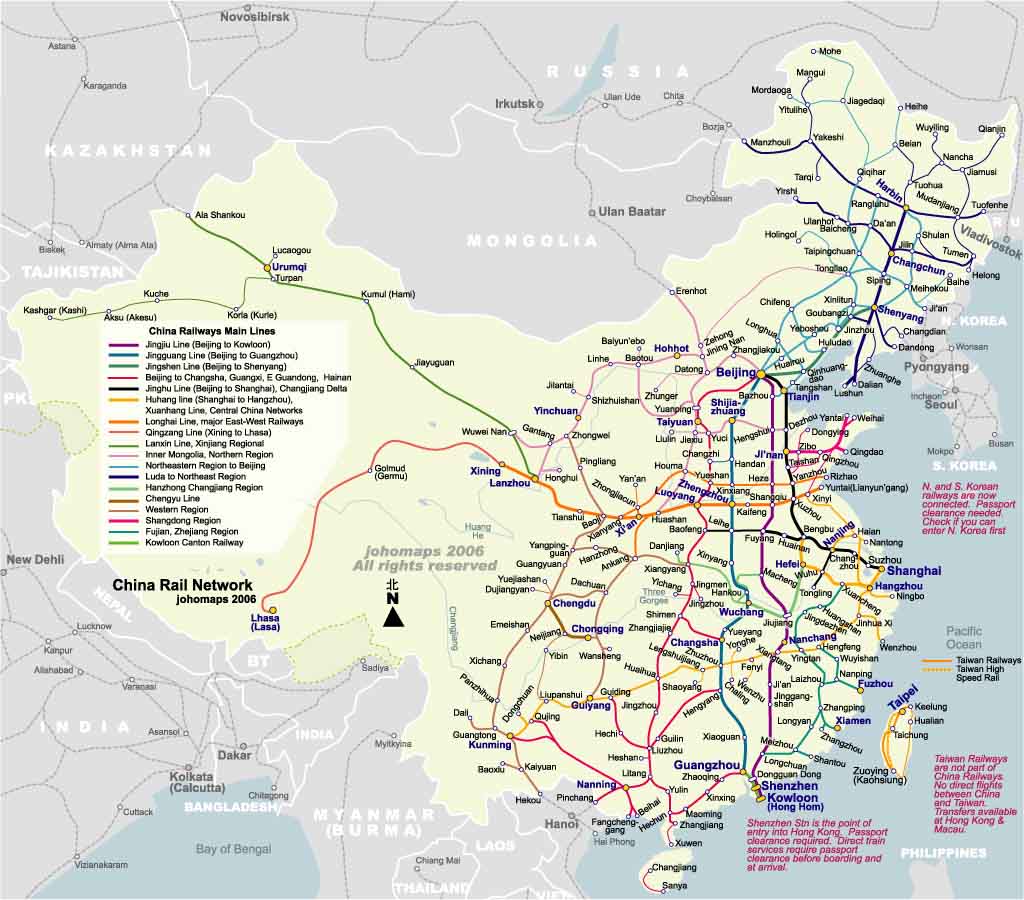 Since Zhangjiajie is kind of in the middle of nowhere, I had to take a conventional train to Changsha and boy, what a difference in comfort!  They sell all the seats and then sell standing room only as well!  I didn’t realize I bought a standing seat until I guy came and asked me to move!  Luckily that was 4 hours into our 5 hour journey so I only ended up standing for the last hour or so. 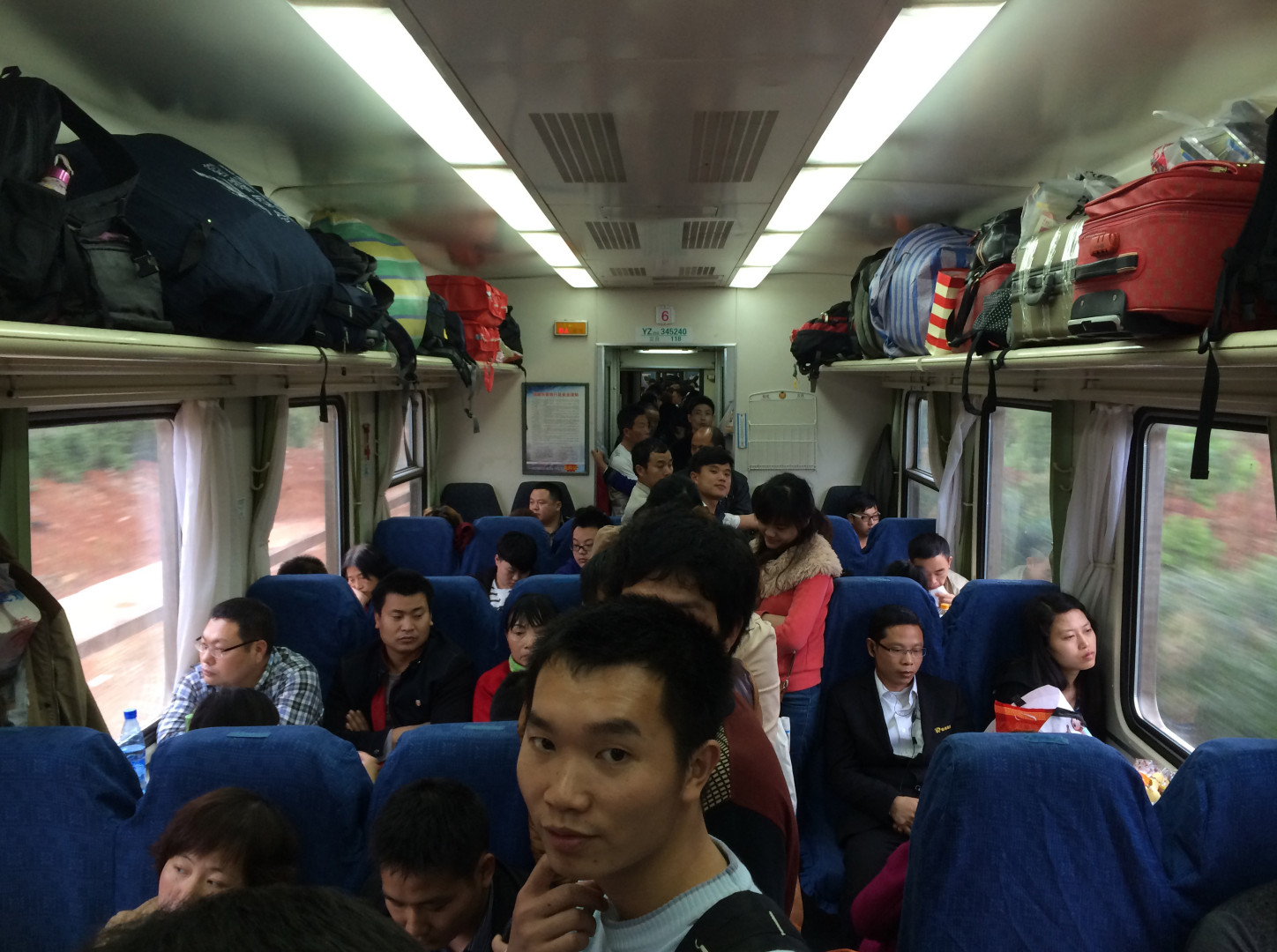 scenery though was amazing as I rolled through the Chinese countryside.

I arrived into Changsha and the train station was very busy! 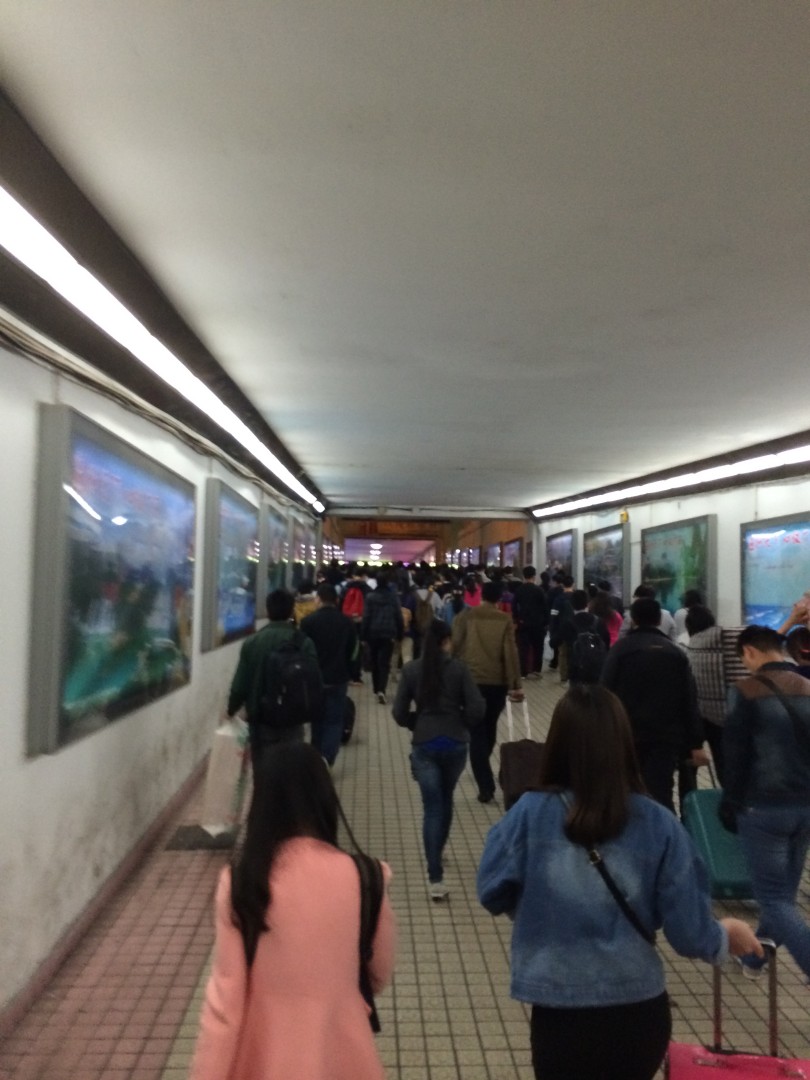 Right outside the train station there was a building lit up like a Christmas tree with changing lights! 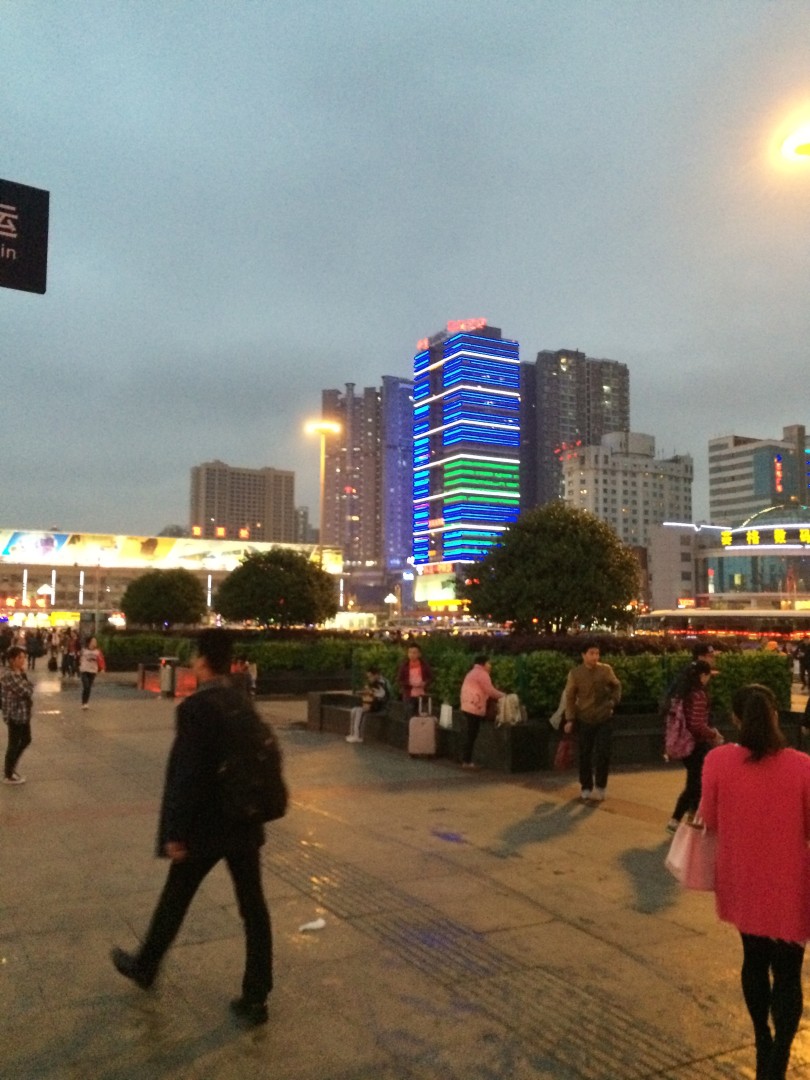 I only had about 2 hours before my high speed train left to Wuhan, so I grabbed some food at a local restaurant using the point and shoot method (you find someone else that is eating something that looks good and point at it to the waitress then point at yourself).  This is what I got for about $1. 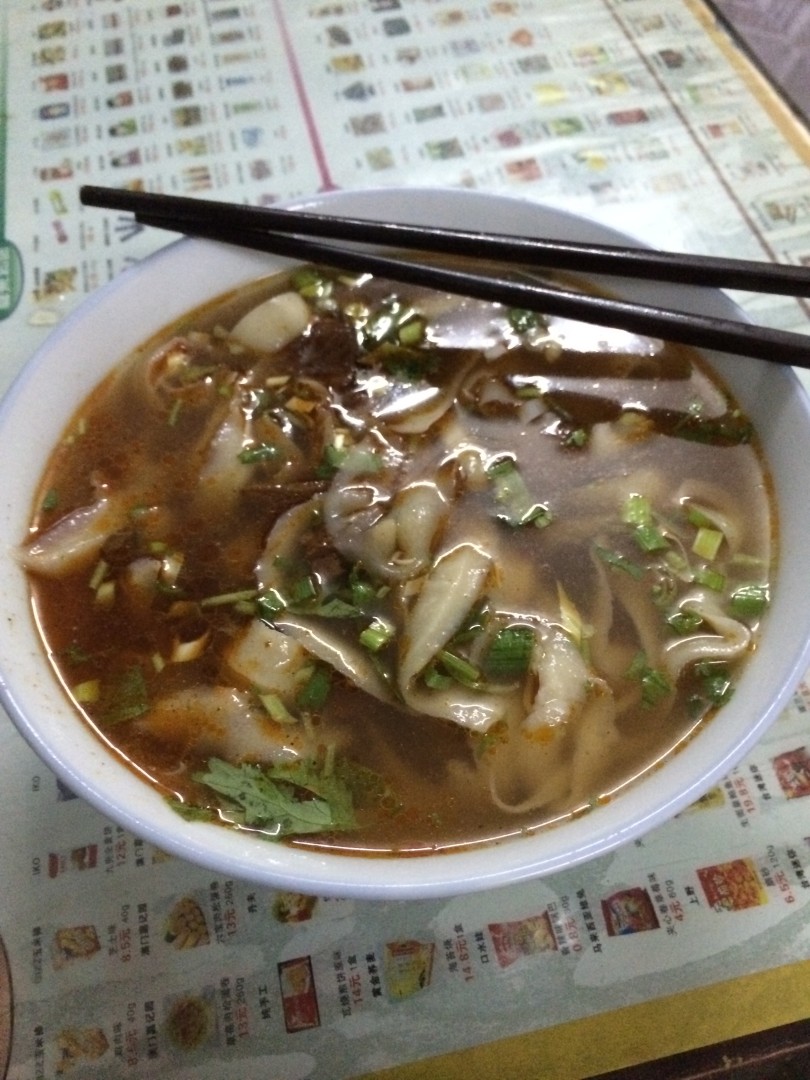 I found a great deal at the Wuhan Riverside Holiday Inn for 388 CNY ($62) one night and 628 CNY ($101) the other (higher because I had to include breakfast to qualify for the Big Win promotion).  The room was quite nice with a see through shower as they like to do in Asia (which I love). 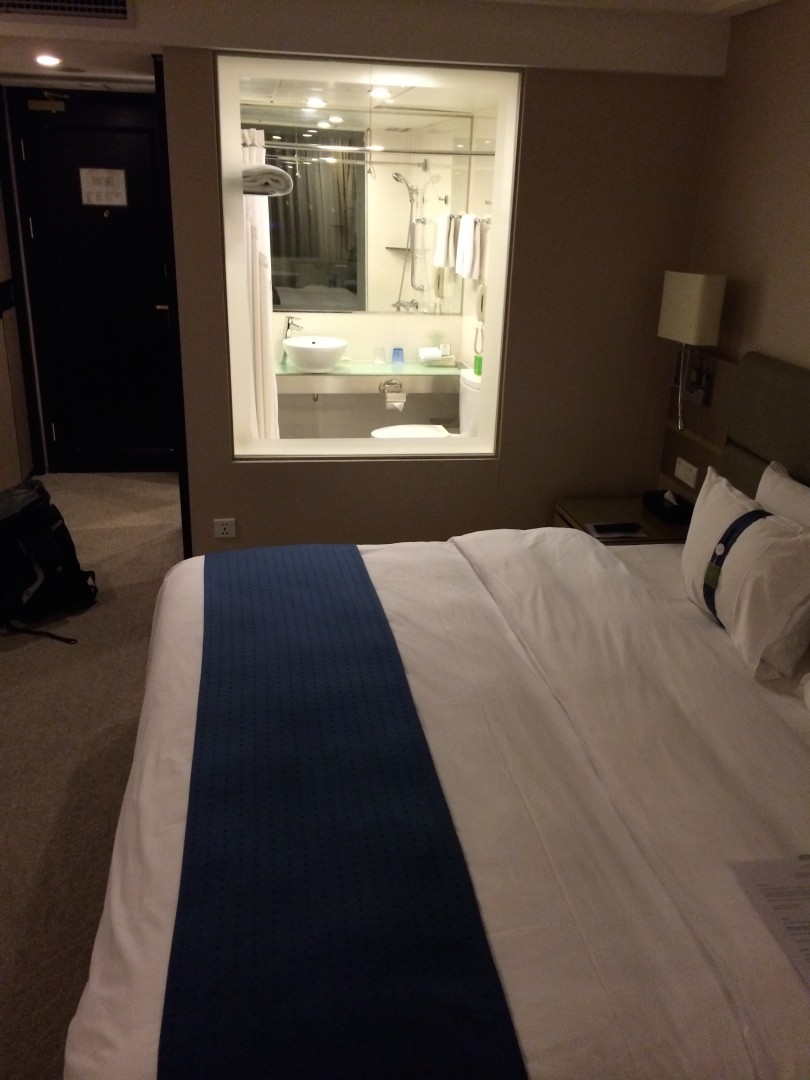 Breakfast was included in my rate and it ended up being AMAZING and I ate it both days.  All sorts of strange and wonderful foods greeted me each morning.

As I walked out to explore the city, I realized that my choice of hotel, while scenic, wasn’t the best location if I didn’t have a car as it was about a mile to the closest metro stop across a bridge! 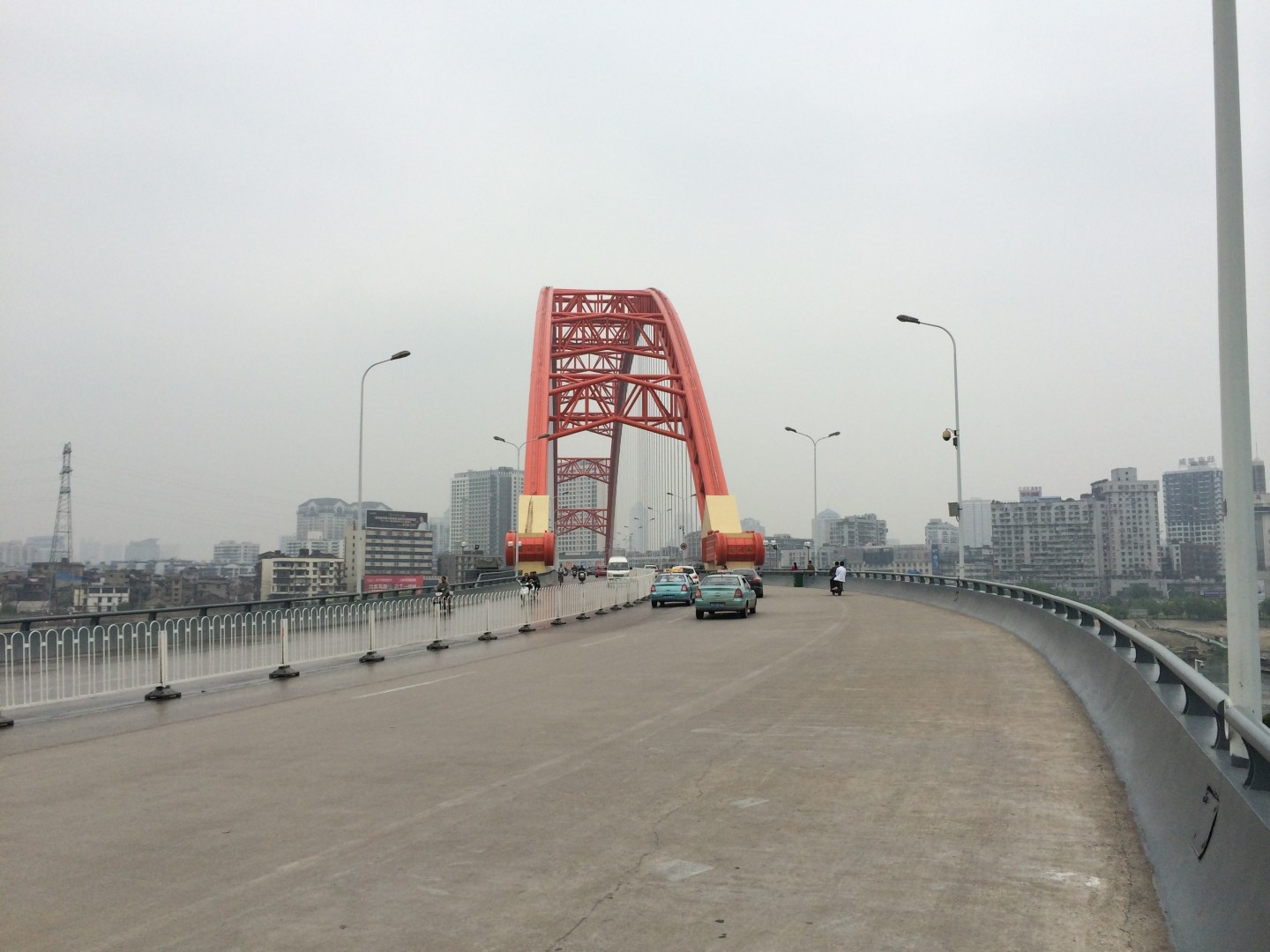 However, I always make the best of such things and I got some good shots from that location and managed not to get hit by the cars as well! Notice all of the cranes dotting the skyline.  China is growing so fast! 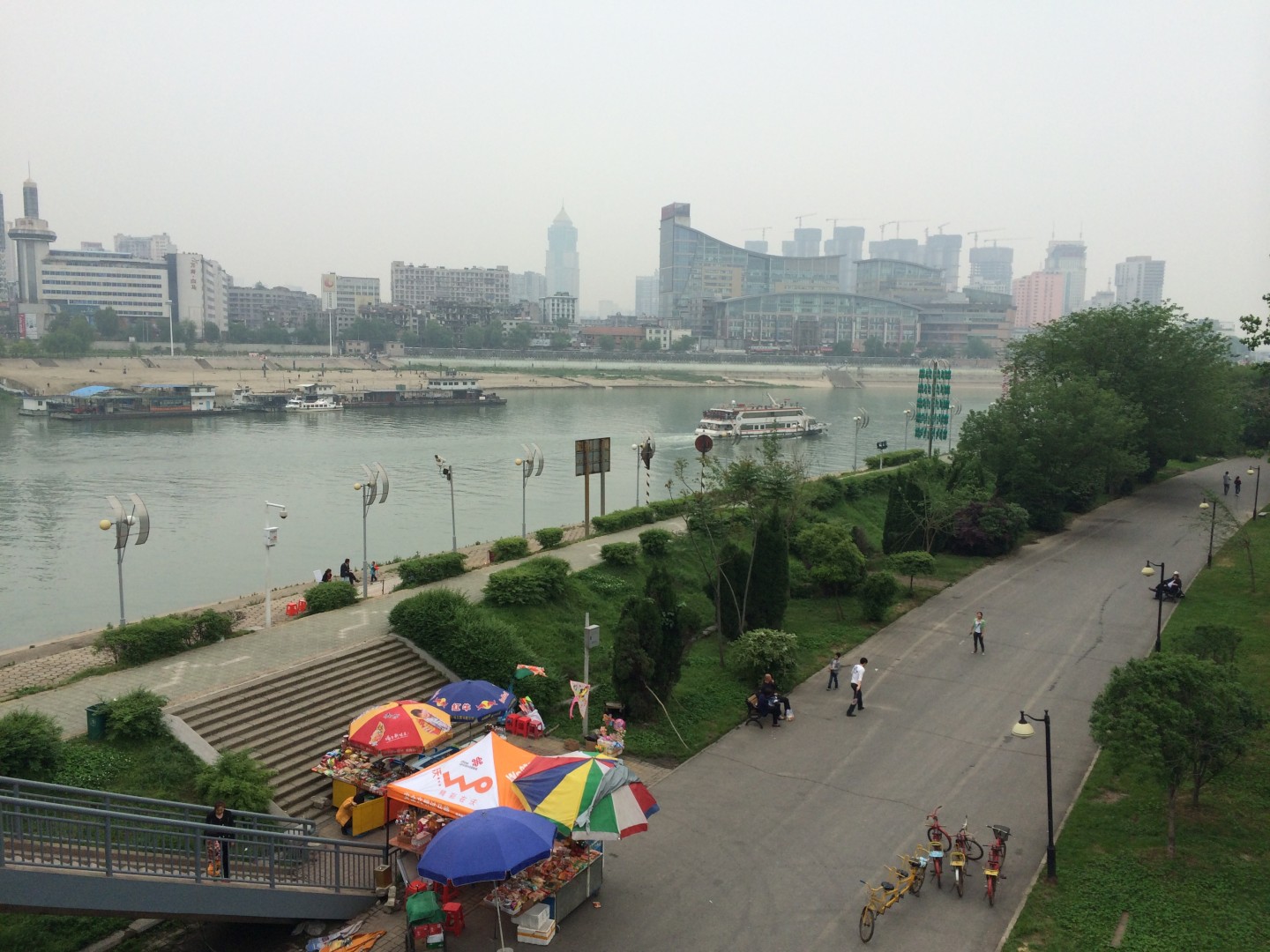 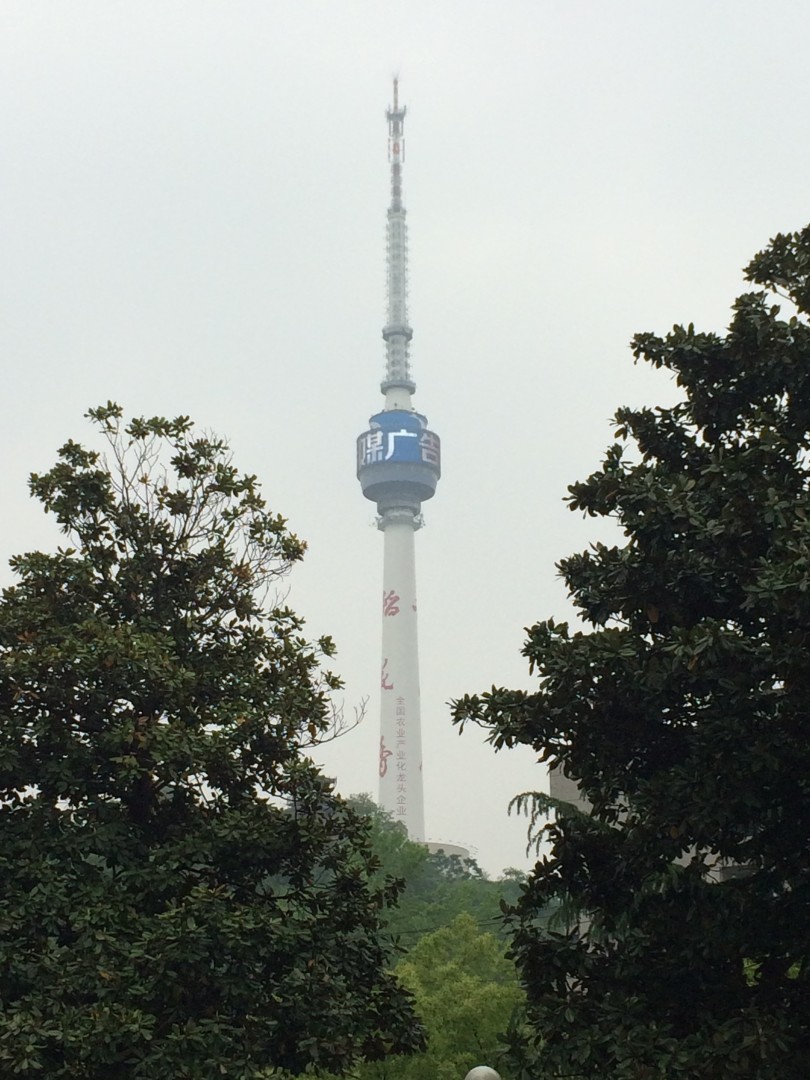 I liked this shot because it was very representative of China as a whole: You see both the Old and the New china and the fight to remember the past while embracing the future. 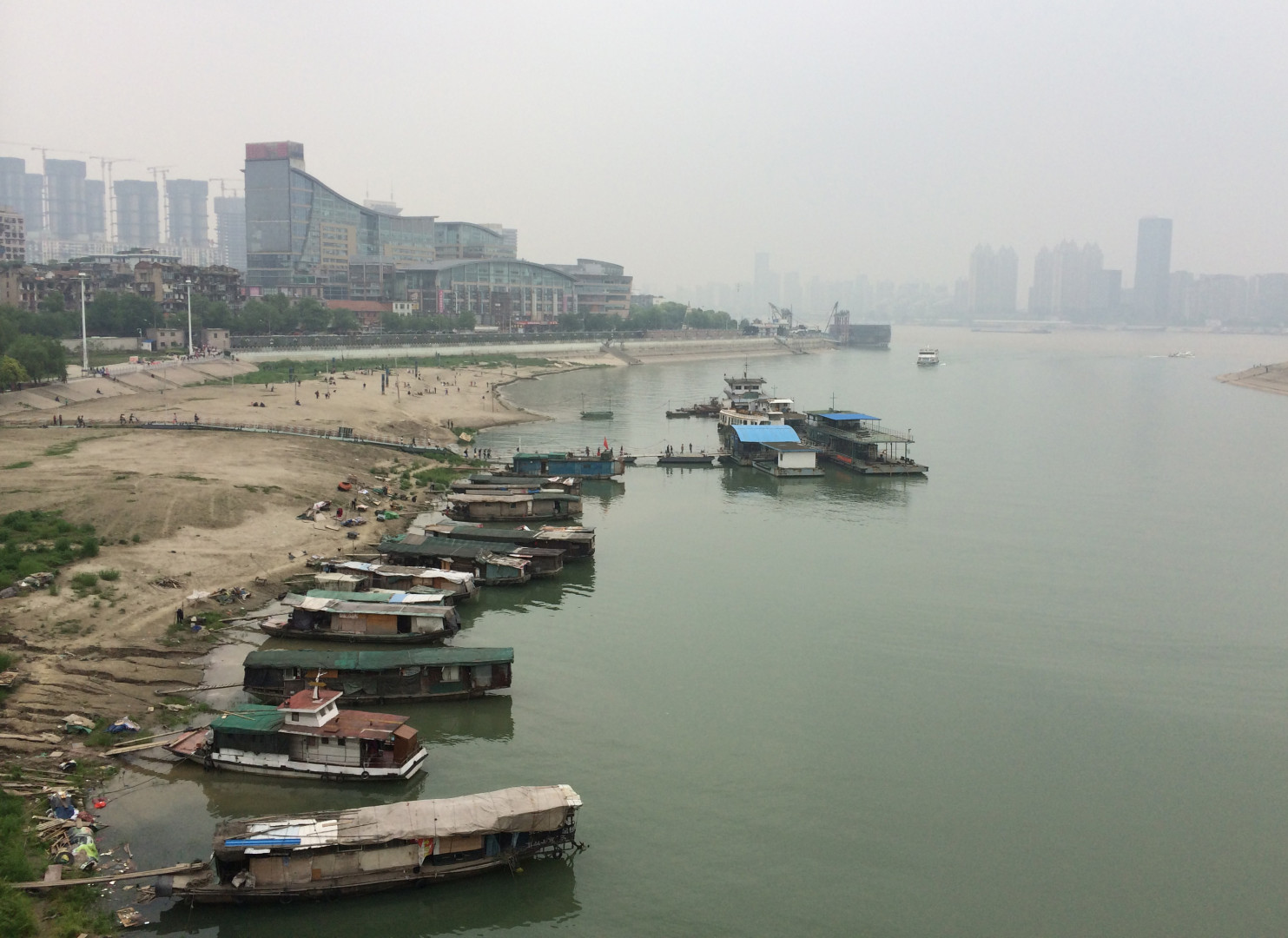 To reinforce that even more here are the next two items on my camera roll.  One of old Chinese men playing Weiqi (aka Go) in the street on a makeshift table.  The next of a Chinese child playing a state of the art video game that looked amazing! 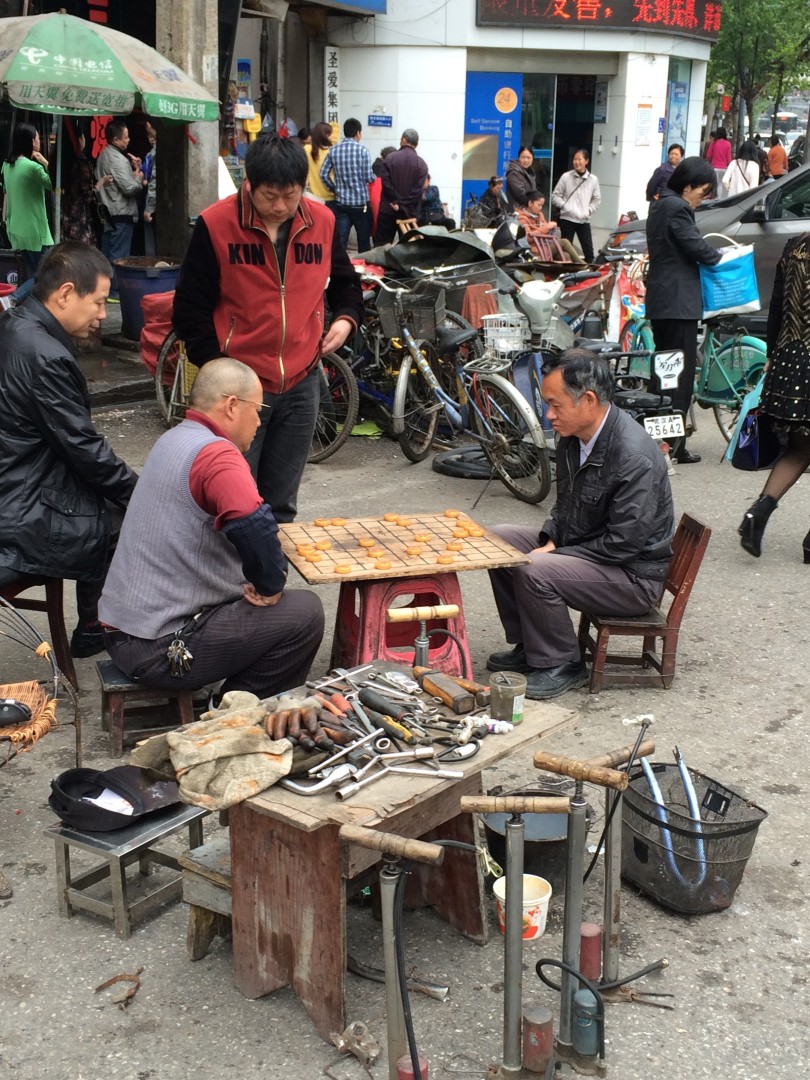 As a futurist, I always love going into Video Game rooms when I travel to see both the technology that is out (especially in Asia) and also which games the locals are playing and the community reaction.  Notice all the people sitting on chairs watching these two girls play this motion sensing dancing game.

I noticed all over China that people LOVED the dancing video games!

As I stepped outside, I had one of those “OK, What in the world is going on here?” moments when I saw this scene. 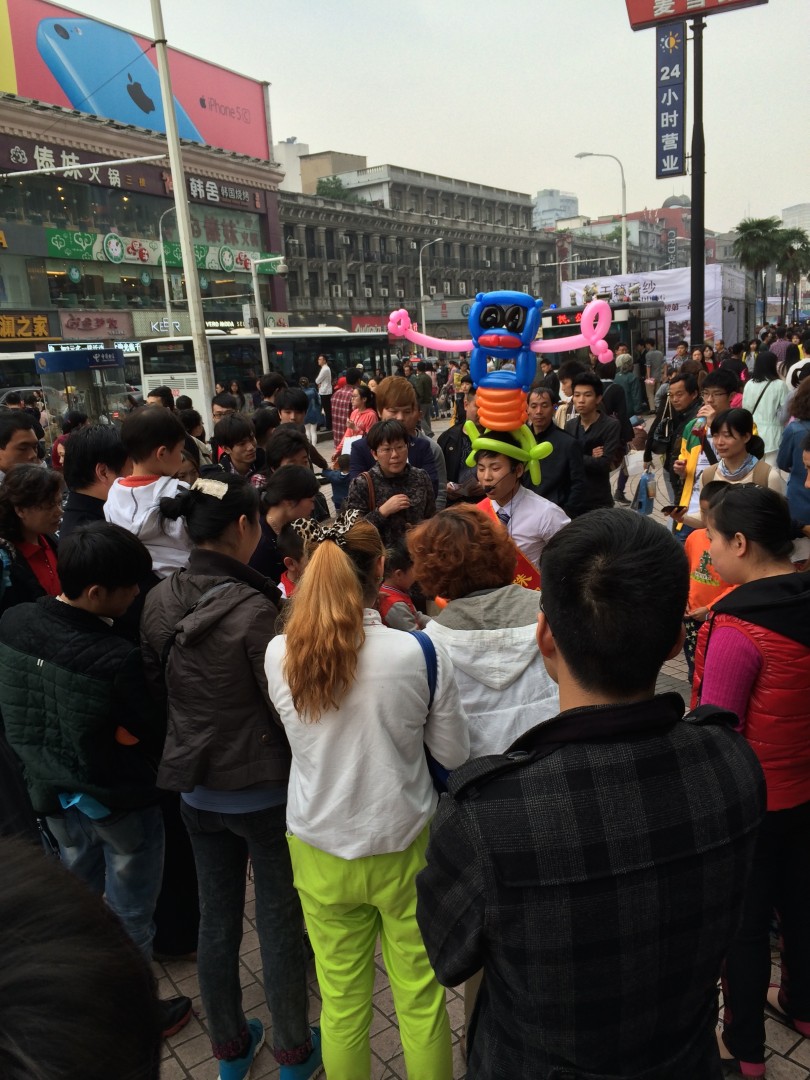 I still don’t know what he was going on about!

People who follow this blog know I love my street food and here is a spot that had a huge line so I had to try it.  Not my favorite because it was a little greasy but it was a nice little snack and watching them make it was fascinating.

As I was walking back from the metro to my hotel I saw this impossibly overloaded go cart looking thing that you see all over China.  Talk about an accident waiting to happen! 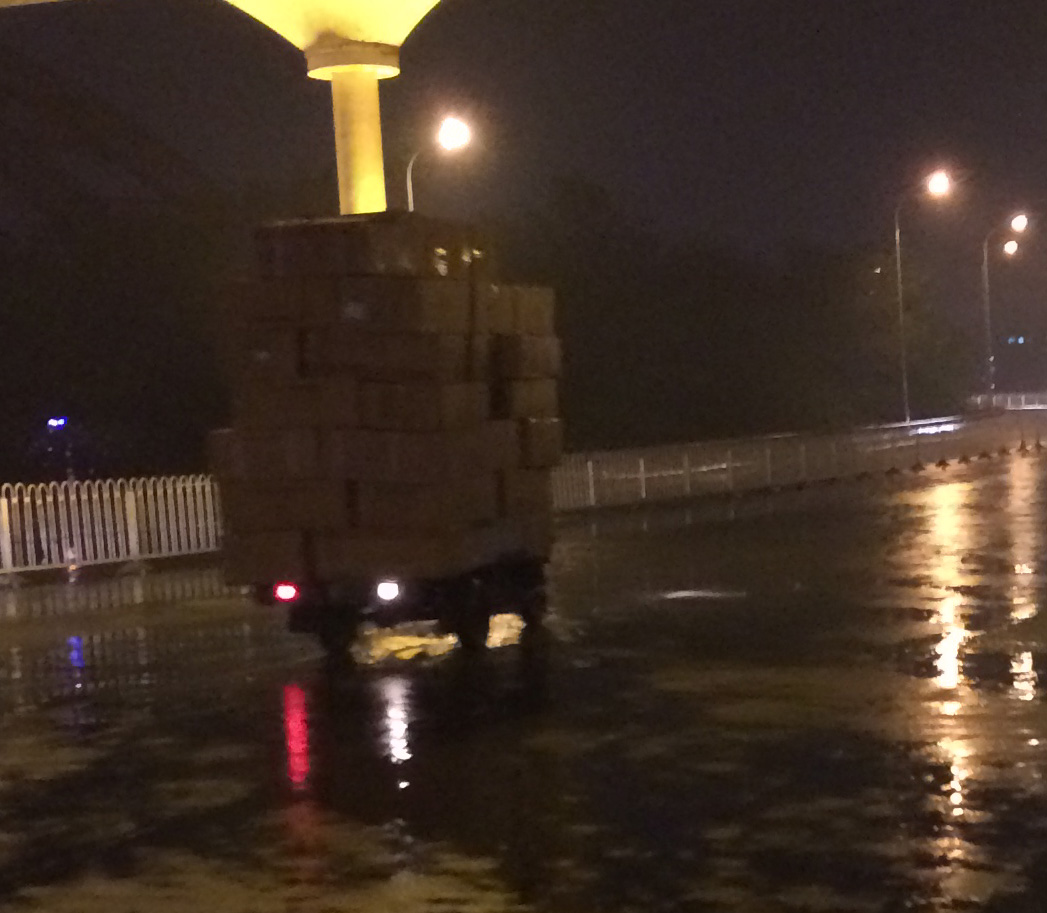 It was pouring rain when I arrived at the newly built high speed train station the next morning. At first glance the new train station looked quite impressive. 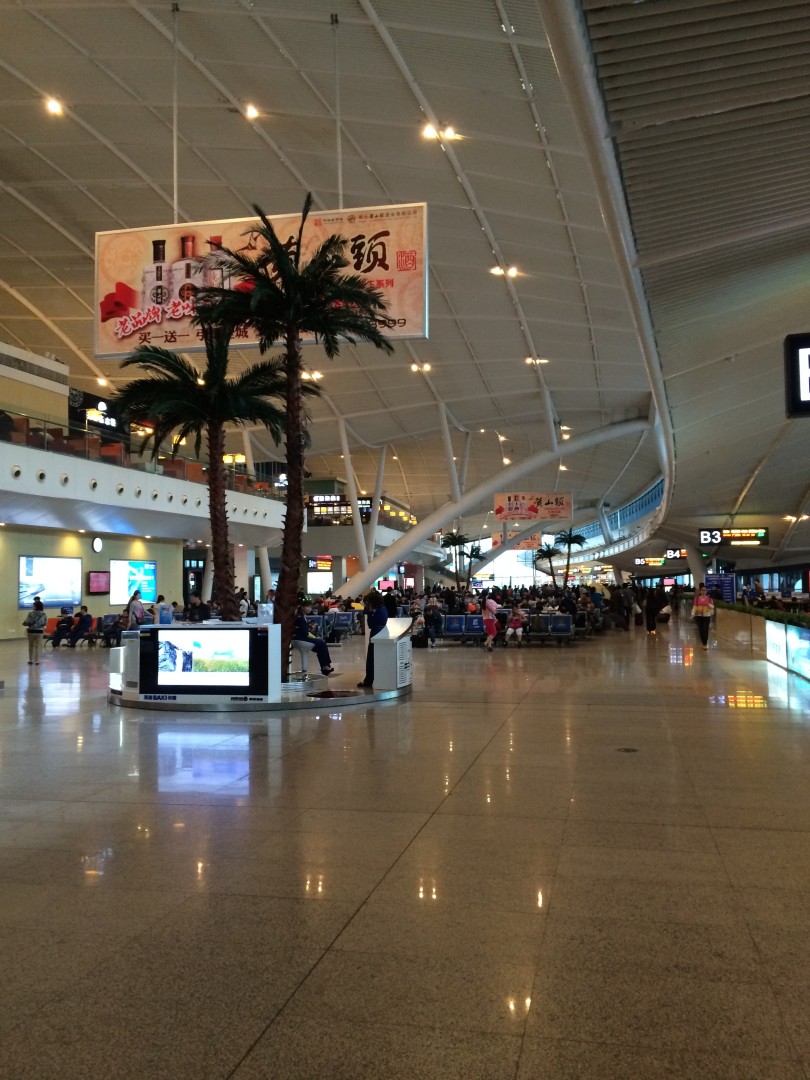 On closer inspection, I noticed many leaks in the roof that were hastily covered with tarps.  It really made me question the quality of some of these massive structures that China has thrown up at a breakneck pace. 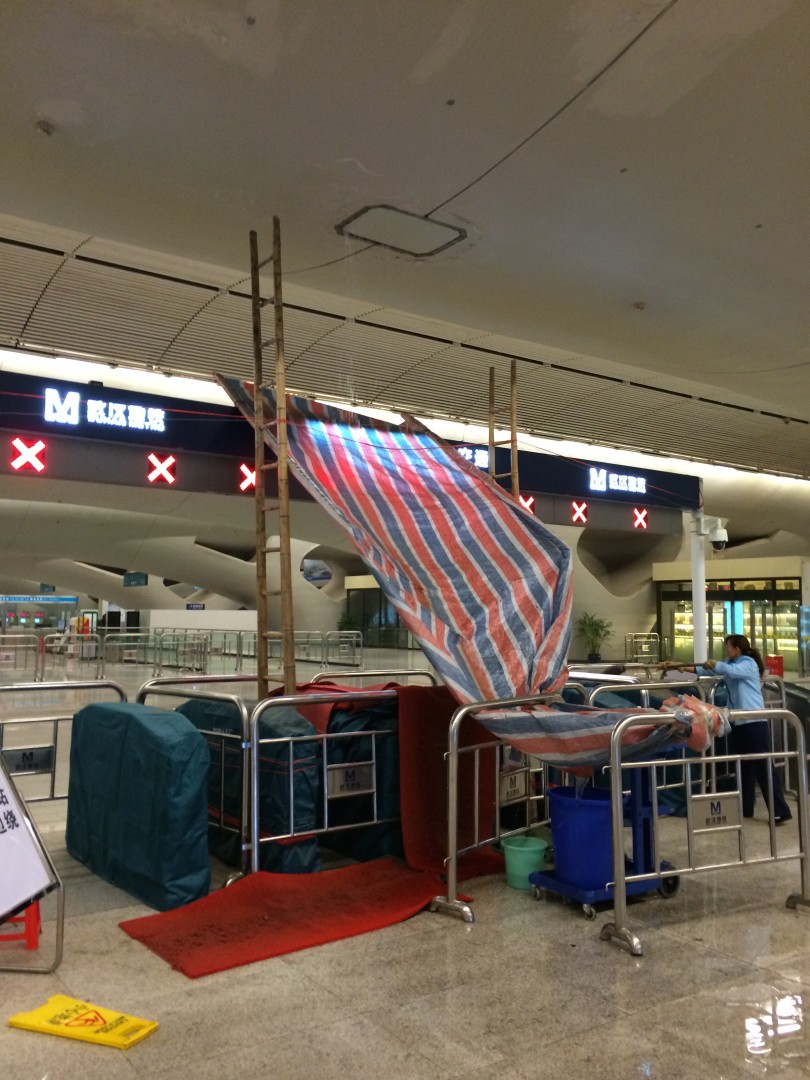 Only First Class was available for the train I wanted from Wuhan to Hefei, but it was just a bit more than the second class for the short journey. 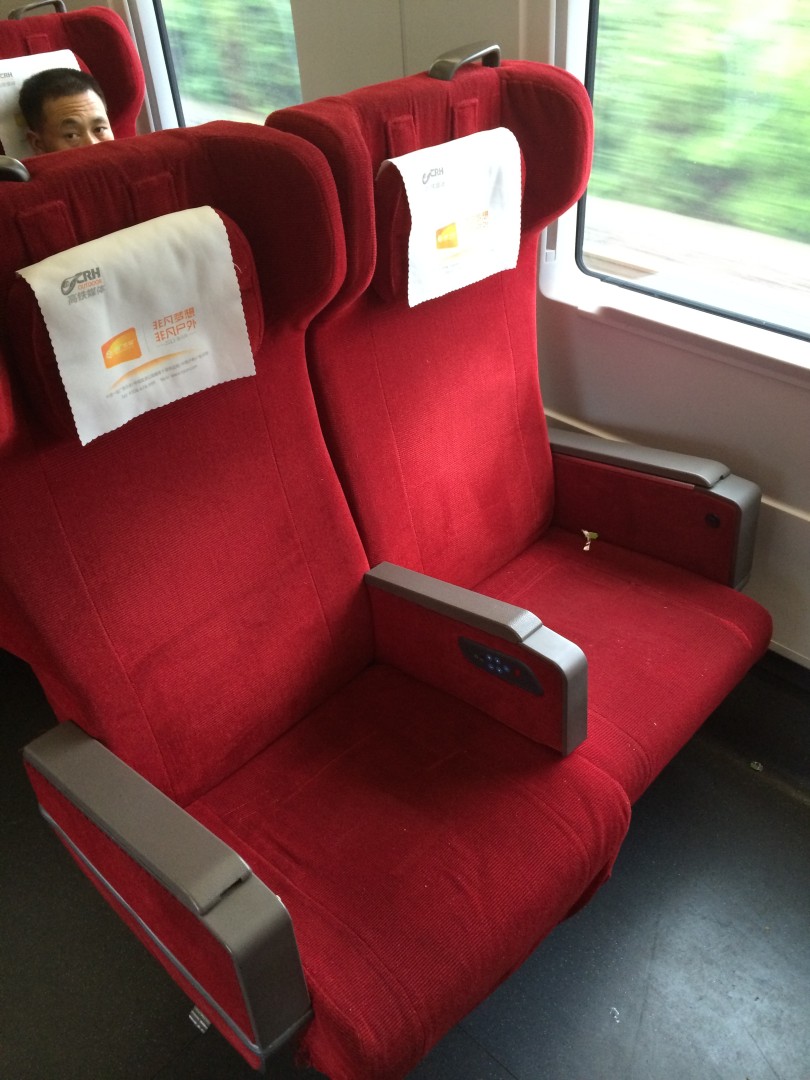 It also included wifi in first class which was nice. I arrived in Hefei and just had about two hours to walk around near the train station. 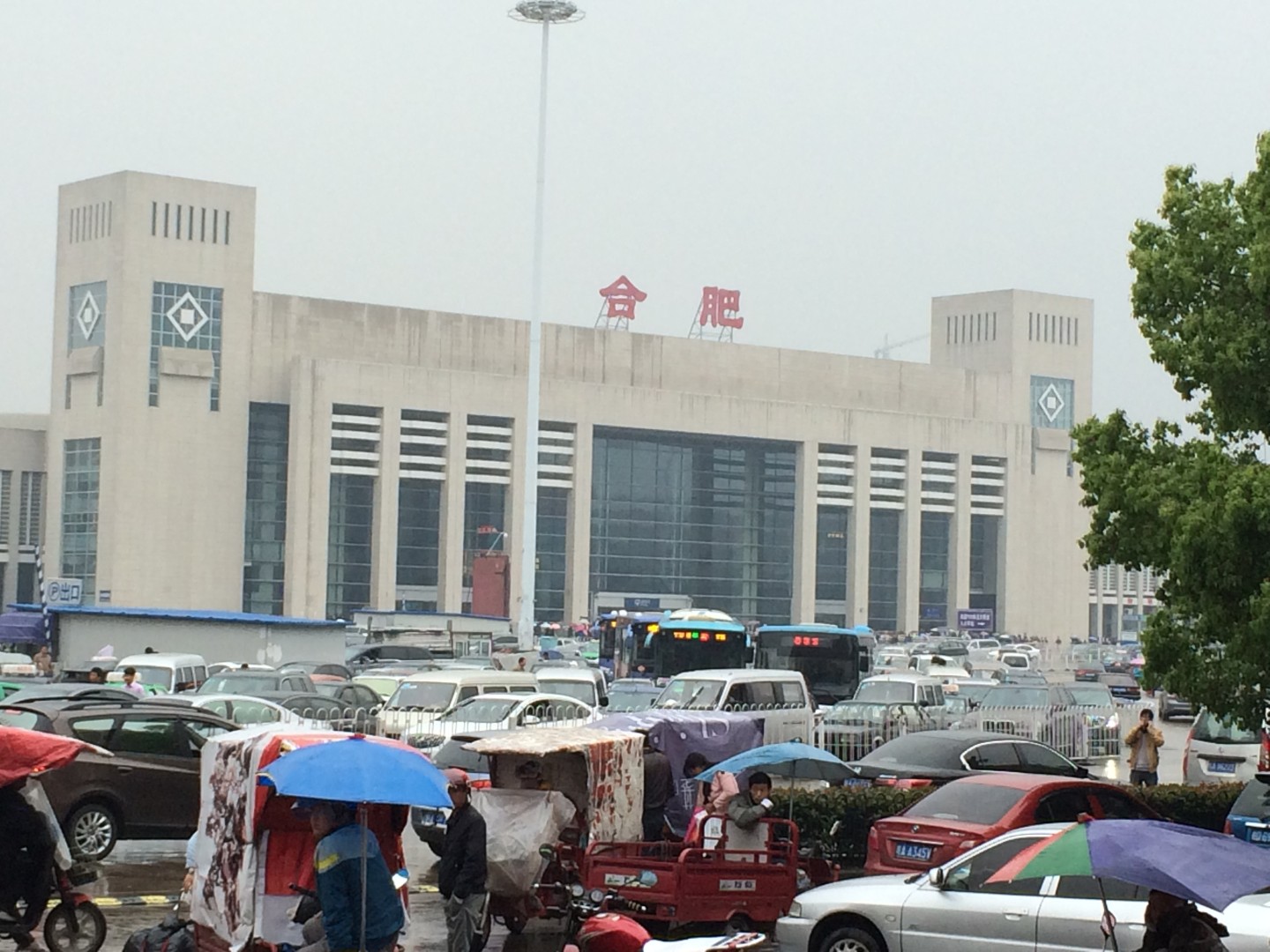 I ended up wandering a bit and found myself into a locals only cafeteria where I was a sensation as they don’t get many westerners in this off the beaten path Chinese town.  After taking a picture or two, I had this lunch which was probably $2 or so. 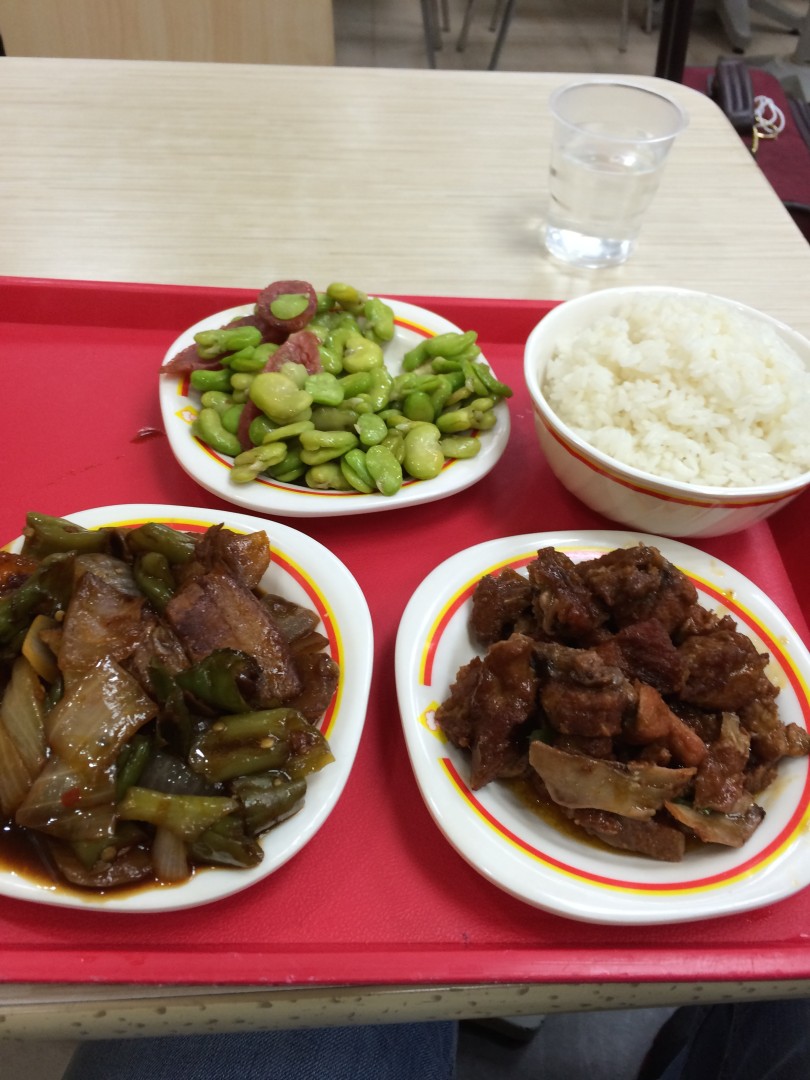 After lunch, I walked around this mall that was right next to the train station and I think I found a woman’s dream spot! 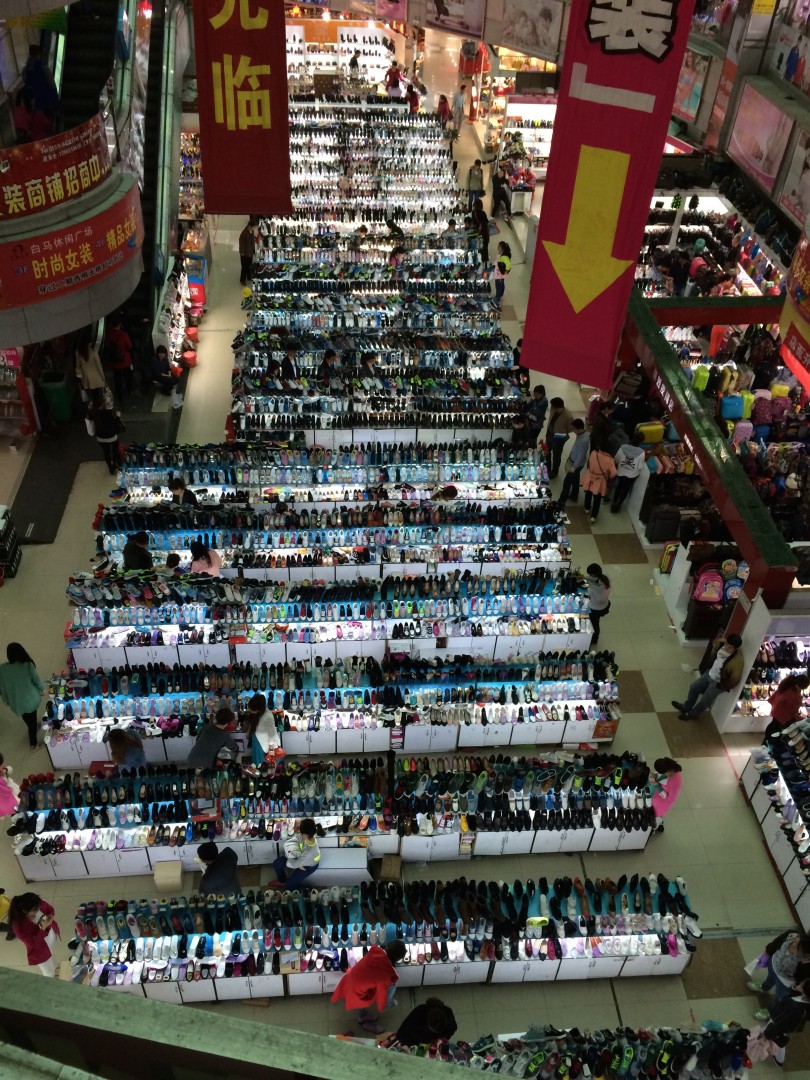 Yes, those are all shoes!

I caught one more cool video of a bridge on the way from Hefei to Hangzhou.