This is the sixth post in a series about my 2013 trip to Ireland, Scotland and Great Britain.  Part of the free plane tickets were funded by the 40,000 point sign up bonus of the Chase Sapphire Preferred card.

When I planned this trip, of paramount importance was getting the lie flat seats for the transatlantic portion.  I could have gotten more direct routing on US Airways, but they have the recliner type chairs on the flight that was available.  I have found I just can’t get much sleep when the seats are the recliner type or “angled flat” like some airlines have.  We were flying on an Airbus A330 outfitted with the new business class.  I always use Seatguru to pick my seats and I saw that the seats were arranged 1-2-1 then 2-1-2 in alternating rows. 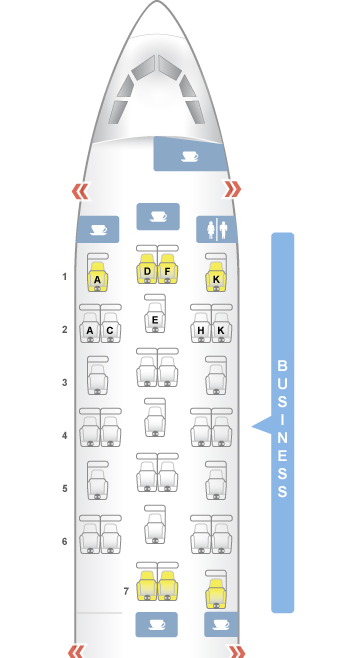 If I was traveling alone I would definitely taken a seat like 3A so I had aisle access and a window, but since we were travelling together, I put us in seats 3D and 3F.  This gave us seats together but we both still had aisle access so when we went to the bathrooms there was no one to climb over.  Plus since we were flying overnight, there wouldn’t be much to see in a window seat anyhow. My Dad and are both pretty tall (6’1″ and 6’2″) but there was plenty of leg room. 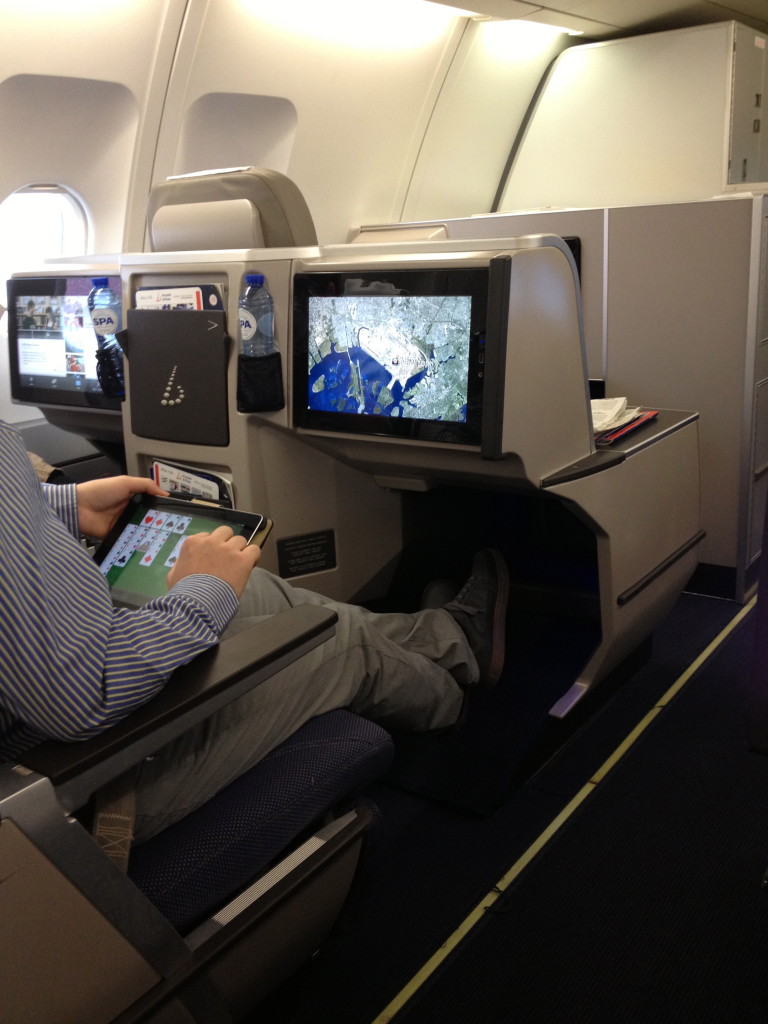 I’ve flown in similar seats before and have no problem sleeping in them, but my Dad had a hard time because the seats are narrower than some with high sides in their bed position.  He said he felt a little claustrophobic.  We will have to see if the Lufthansa flight on the way home is any better for him. Once we got in our seats, a Bloody Mary, some warm nuts and a salmon toast point started things off right! 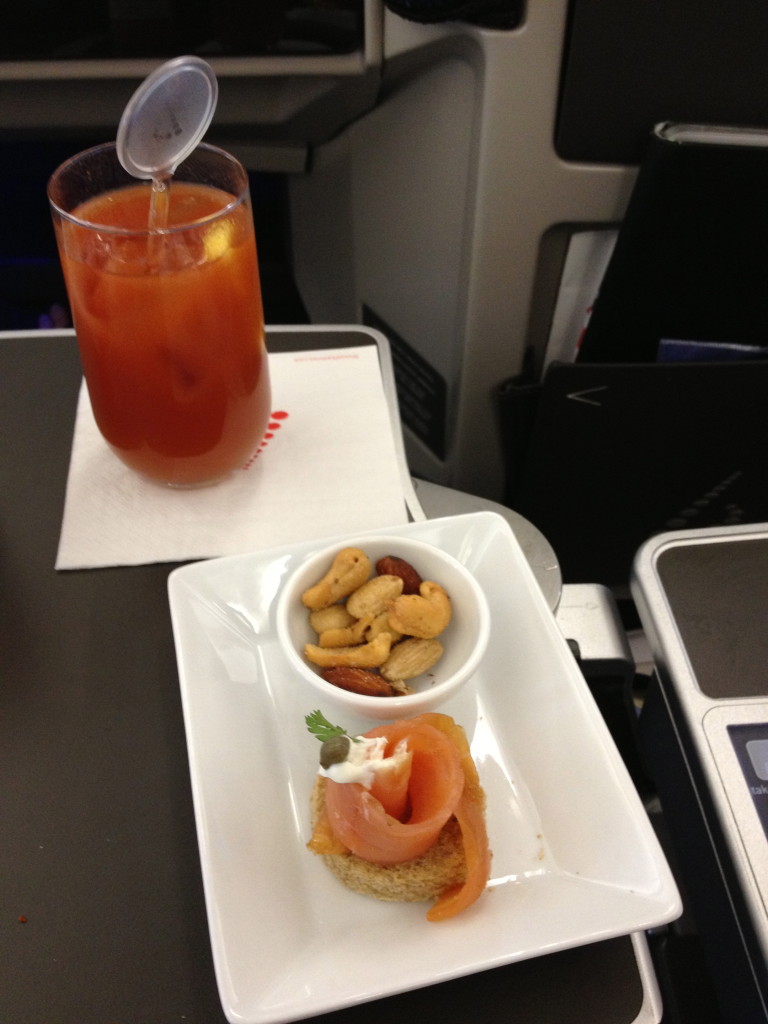 The amenities kit Brussels Airlines provided was sufficient, but not as nice as some I have seen.  It included the all important ear-plugs and eye mask, socks, a toothbrush and toothpaste and lip balm. 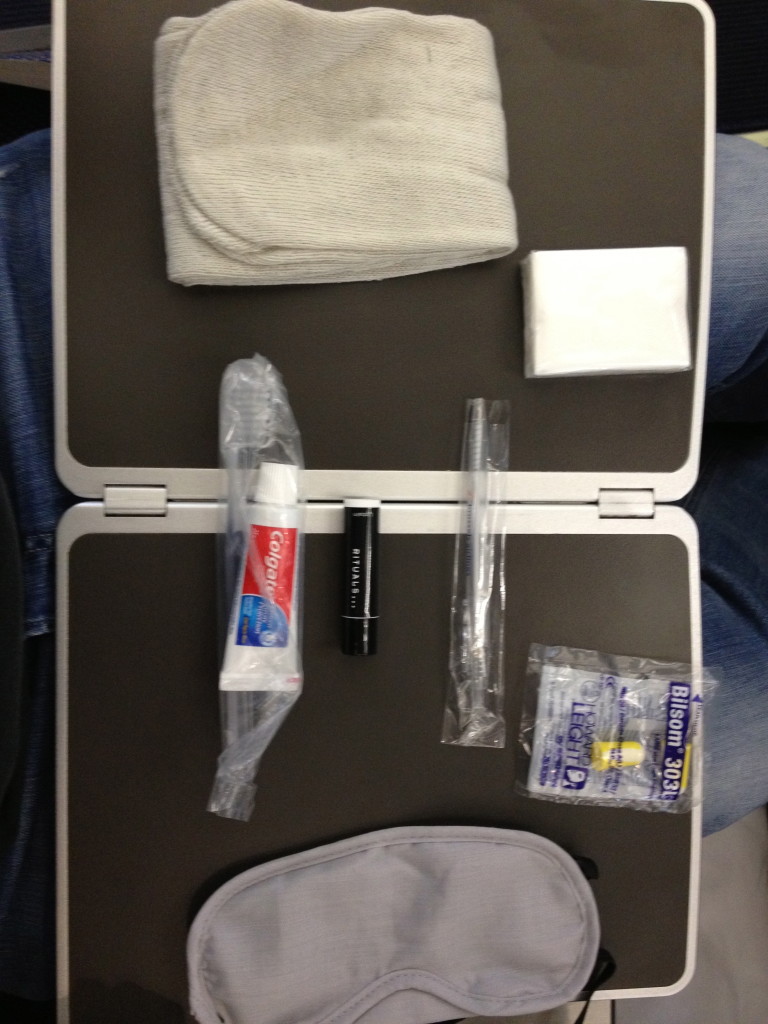 You know I love food so here is the menu for our flight.

I enjoyed the food, everything was prepared correctly.  I had the shrimp starter and the seared salmon. 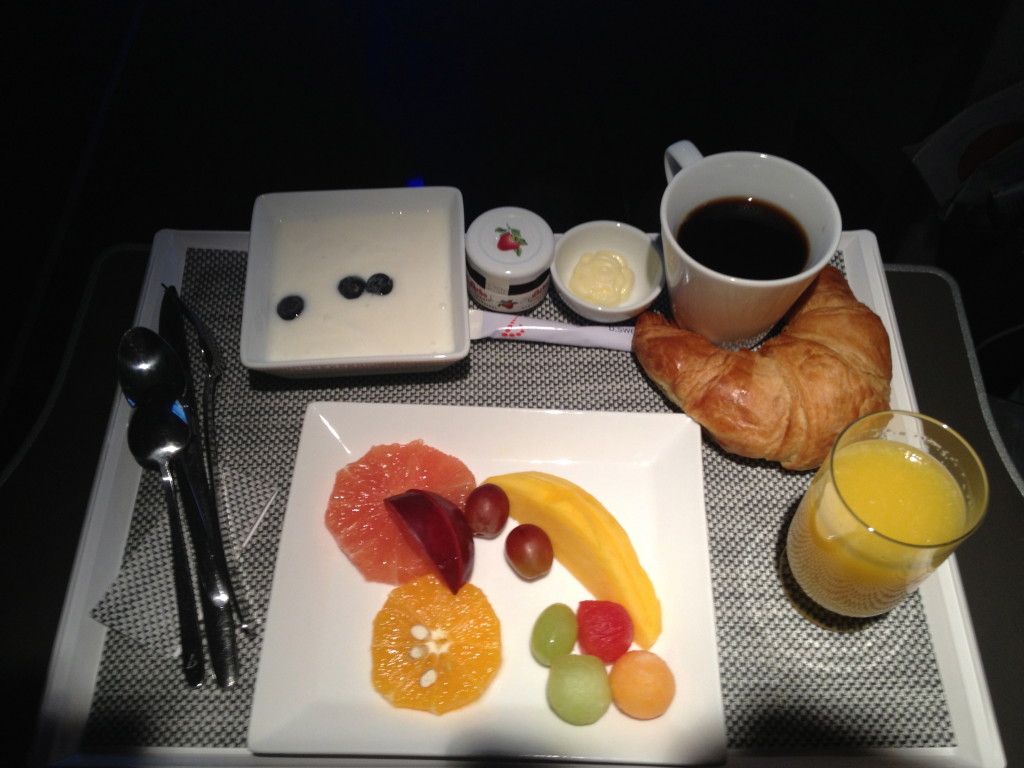 I was able to sleep about 3 hours which was good because we only had 13 hours in Brussels to see as much as we could see and I would need the energy!