This is the twelfth post in a series about my 2013 trip to Ireland, Scotland and Great Britain.  Part of the free plane tickets were funded by the 40,000 point sign up bonus of the Chase Sapphire Preferred card.

As I took the train to Belfast from Dublin, I reflected on how peaceful the route was with with no narrow, winding roads, no walkers and no bikers to almost run over.  Maybe just taking a train through Scotland is the way to go?

Belfast was a city that my Dad wasn’t too excited about, but I really wanted to check it out.  I remember when I first saw the movie “In the Name of the Father” that the detailed the whole IRA bombing and subsequent witch hunting that took place in Northern Ireland during the time they call “The Troubles.”  We would learn more about the history during our Black Taxi Tour, but I immediately enjoyed some of the architecture such as this beautiful church. 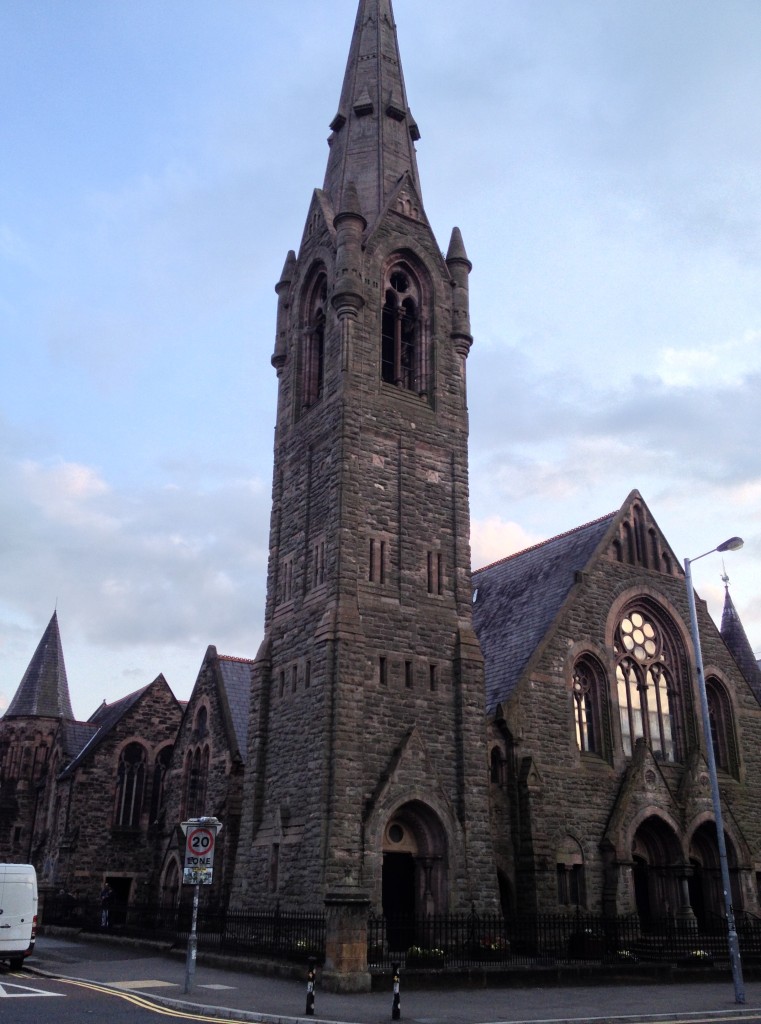 Our hotel (the Holiday Inn Express Queen’s Quarter) was right across the corner from that  church and just a few minutes walk from Queen’s College. 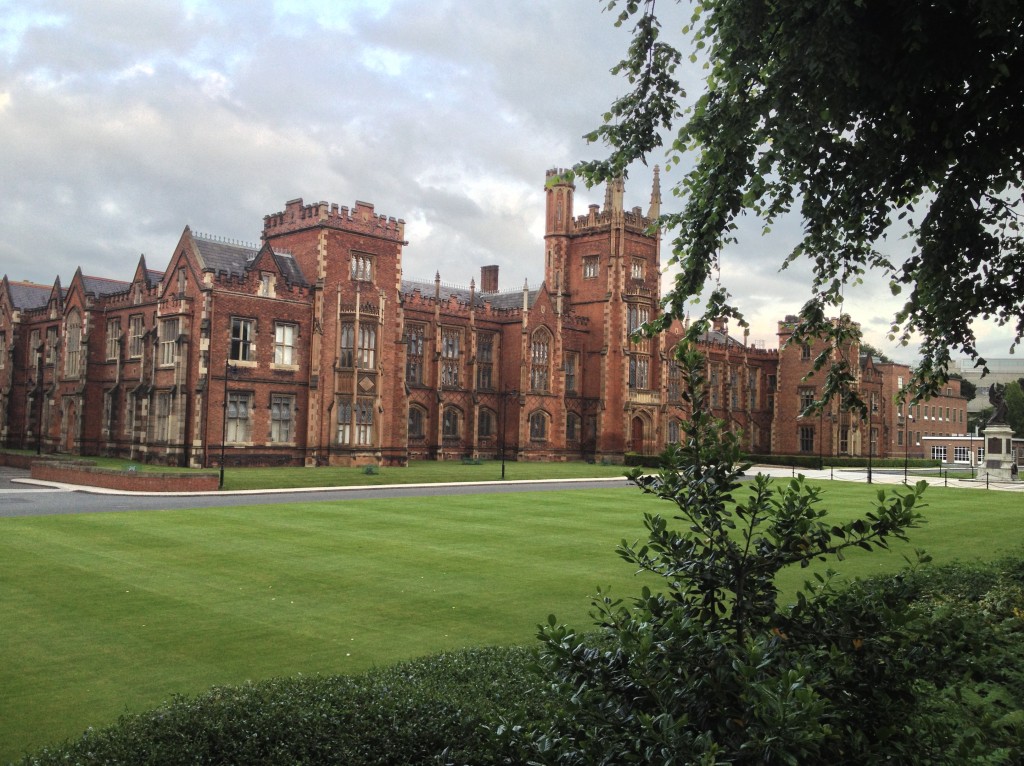 Since we only had one night in Belfast, we checked out the Crown Liquor Saloon, the oldest pub in Belfast. 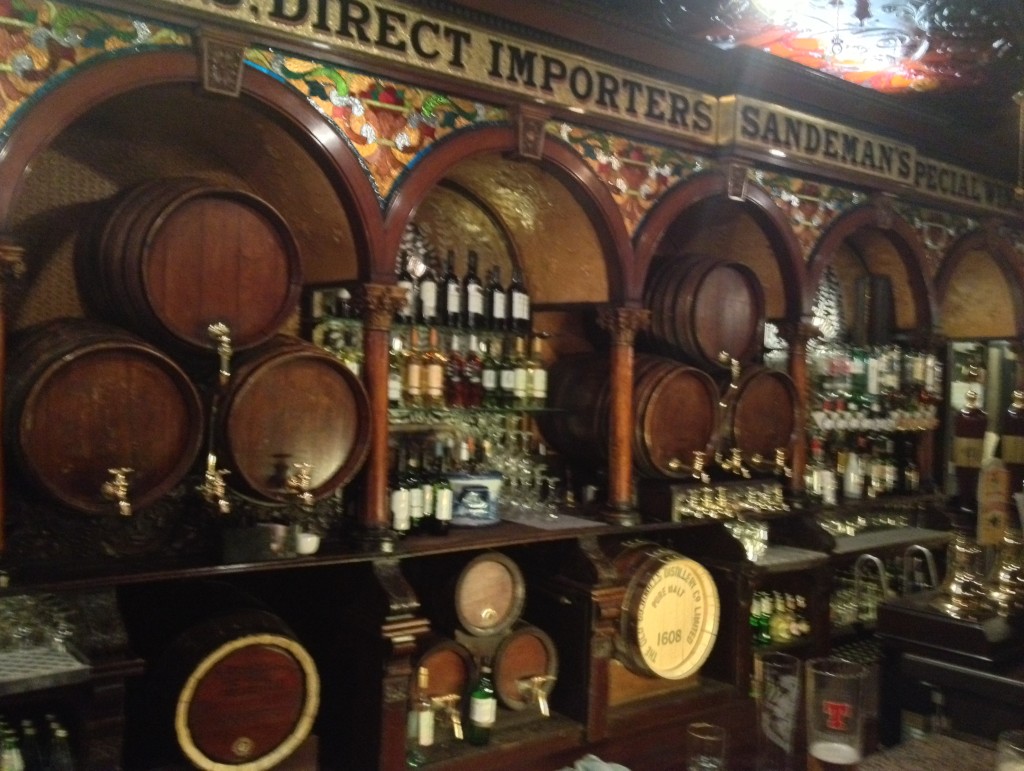 The woodwork on the 100+ year old booths was amazing! 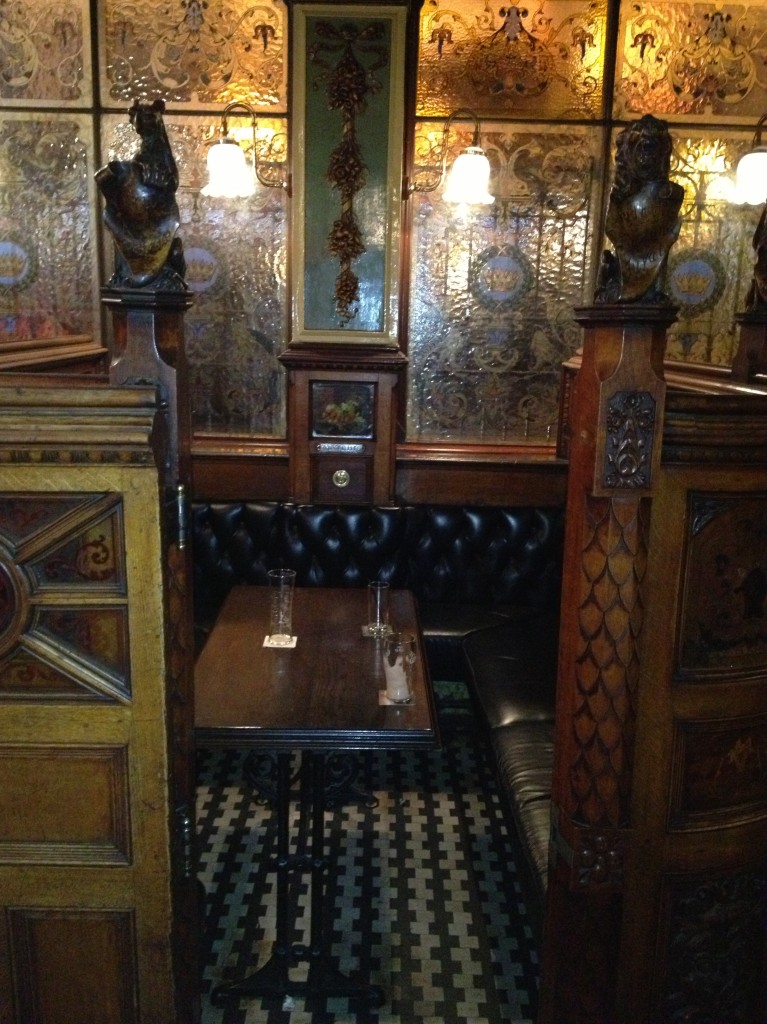 The next morning we decided to take a Black Taxi tour where a taxi driver takes you to both sides of the city (the Catholic and the Protestant) and gives you both a mural tour and the history behind the murals.  It was a great decision!  We started on the Protestant side. 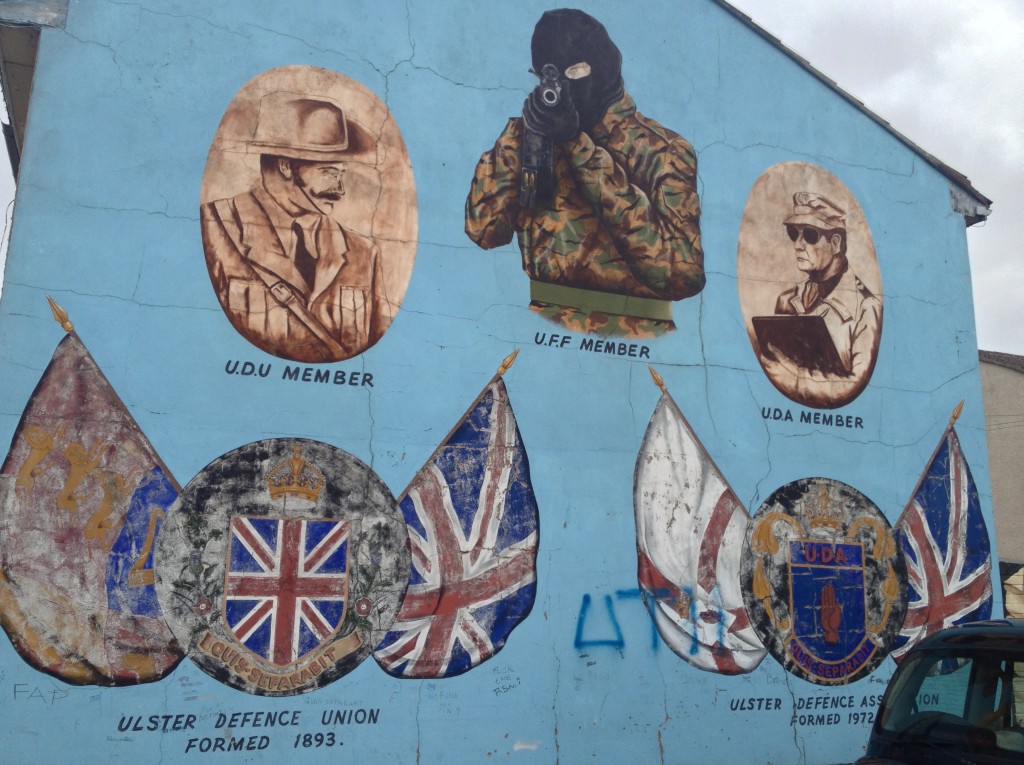 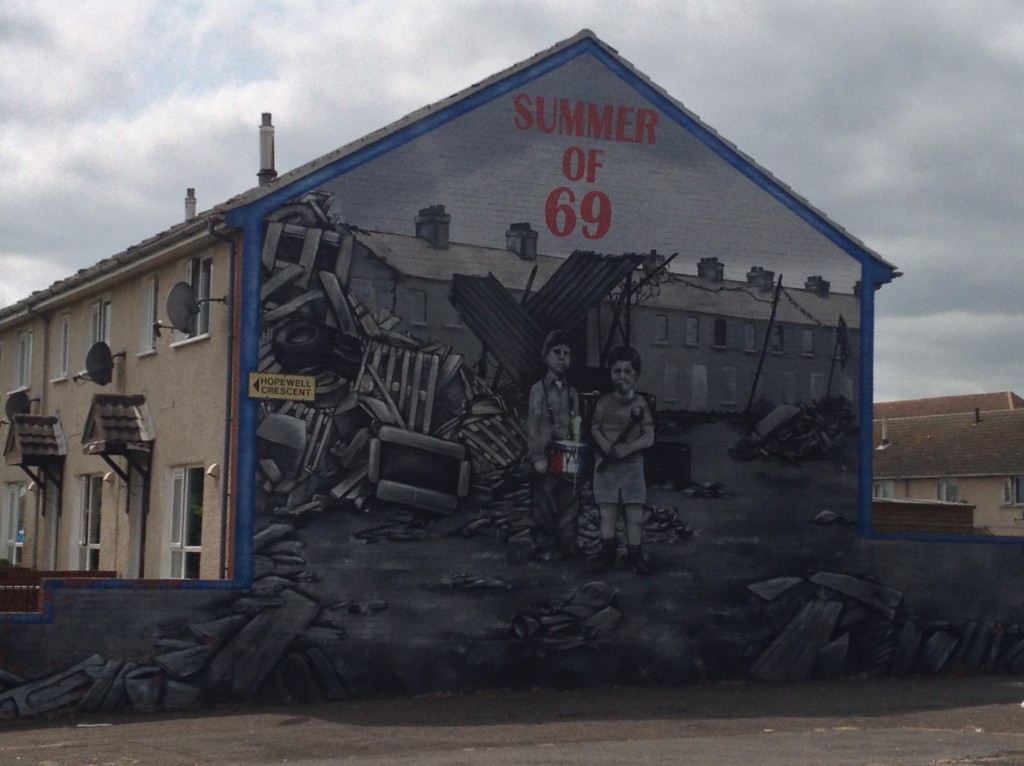 We crossed through the wall that still divides the two halves of the city. Visitors had scrawled messages of peace and hope along it. 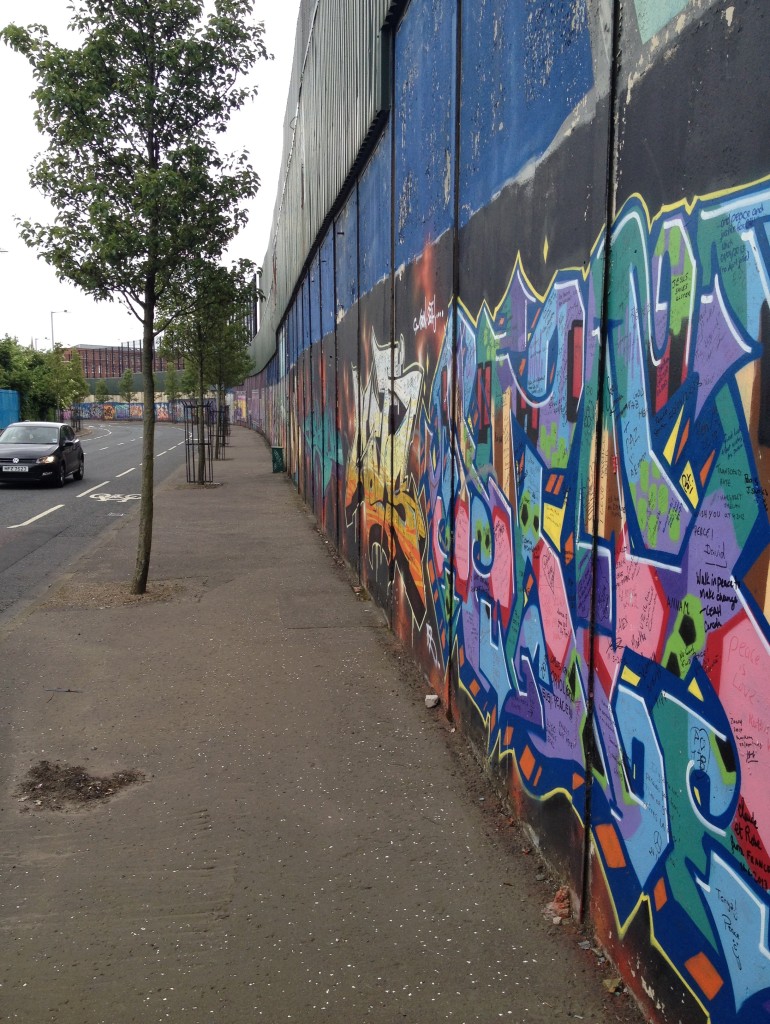 We then entered the Catholic area which was the stronghold of the IRA.  This was one of their memorials. 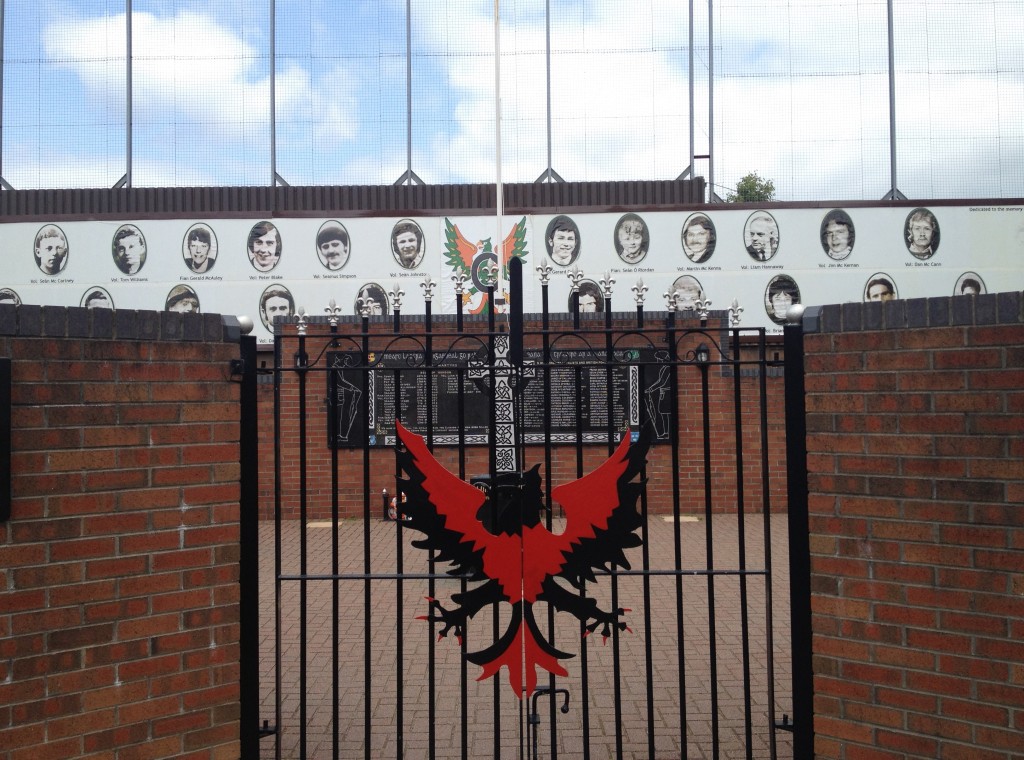 Bobby Sands was the first one to die during a hunger strike while he in jail. 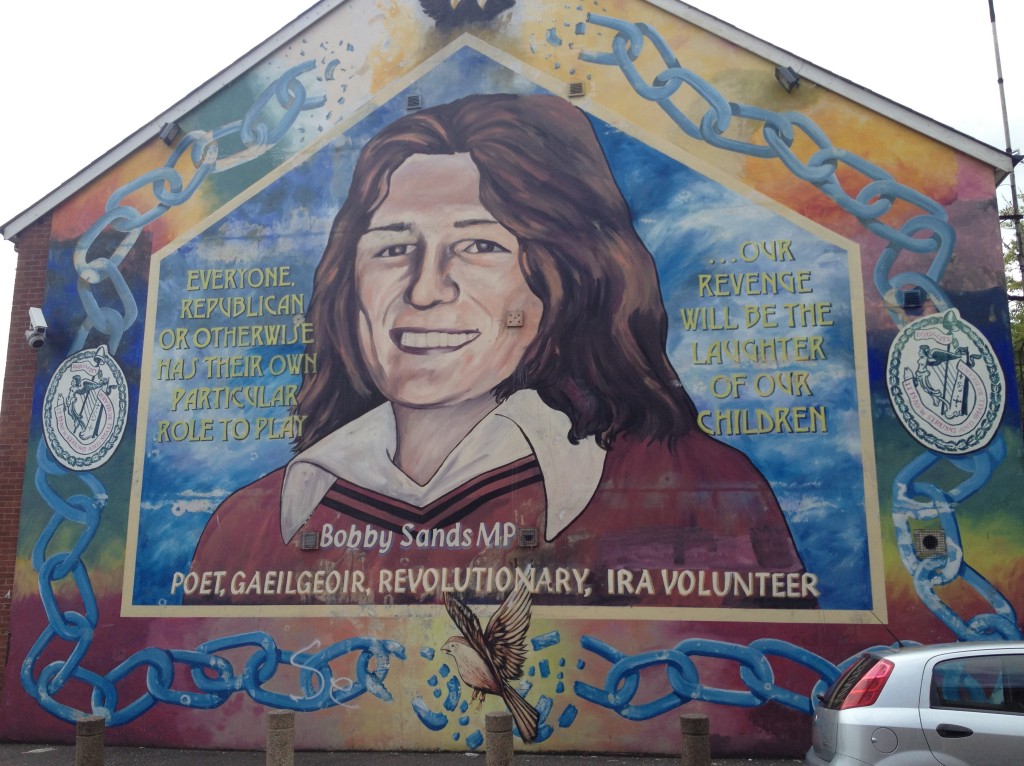 The violence is mainly over, but you can still tell that it is fresh on the minds of Belfast residents. 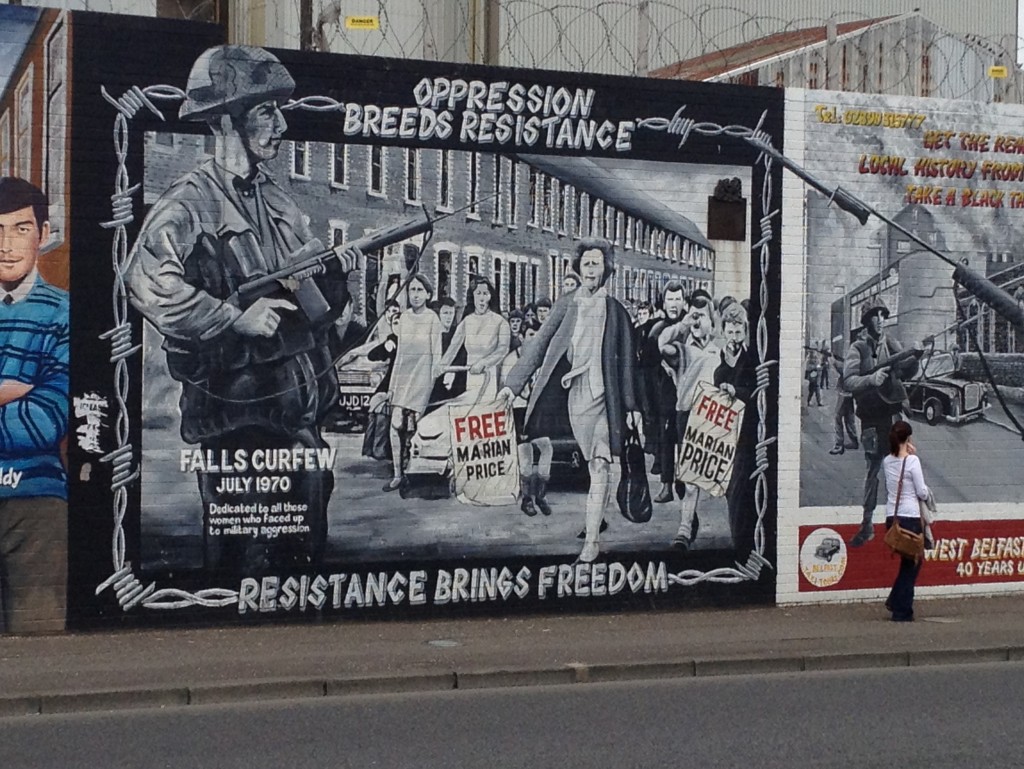 After the tour it was unfortunately time to go and we headed to the port to get on the ferry to Scotland.  What a great decision that ended up being!

The ferry was a beautiful way to leave Ireland and was very luxurious with a theater, TVs everywhere, free wifi and several restaurants and bars. 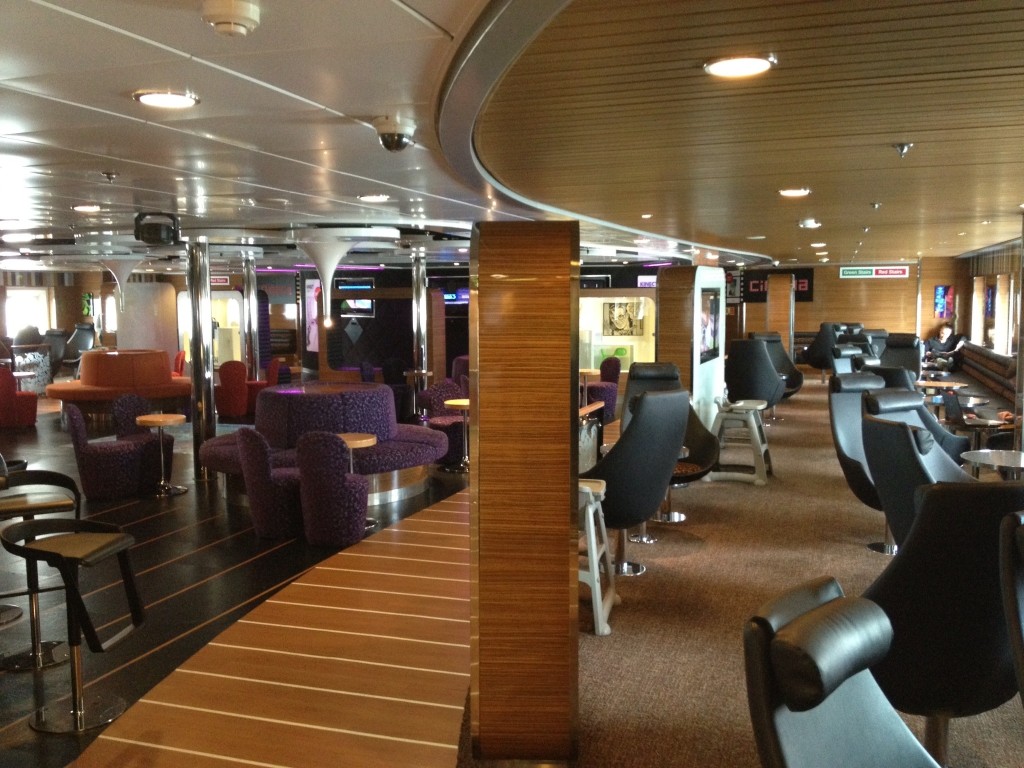 Soooo much better than fighting your way through airport security and getting stuck with a middle seat!

We transferred to a bus once we arrived in Scotland which took us to the train station.  Again, the train is definitely the way to travel!  Plenty of room, no stress of driving and you can take in the beautiful countryside on the way. 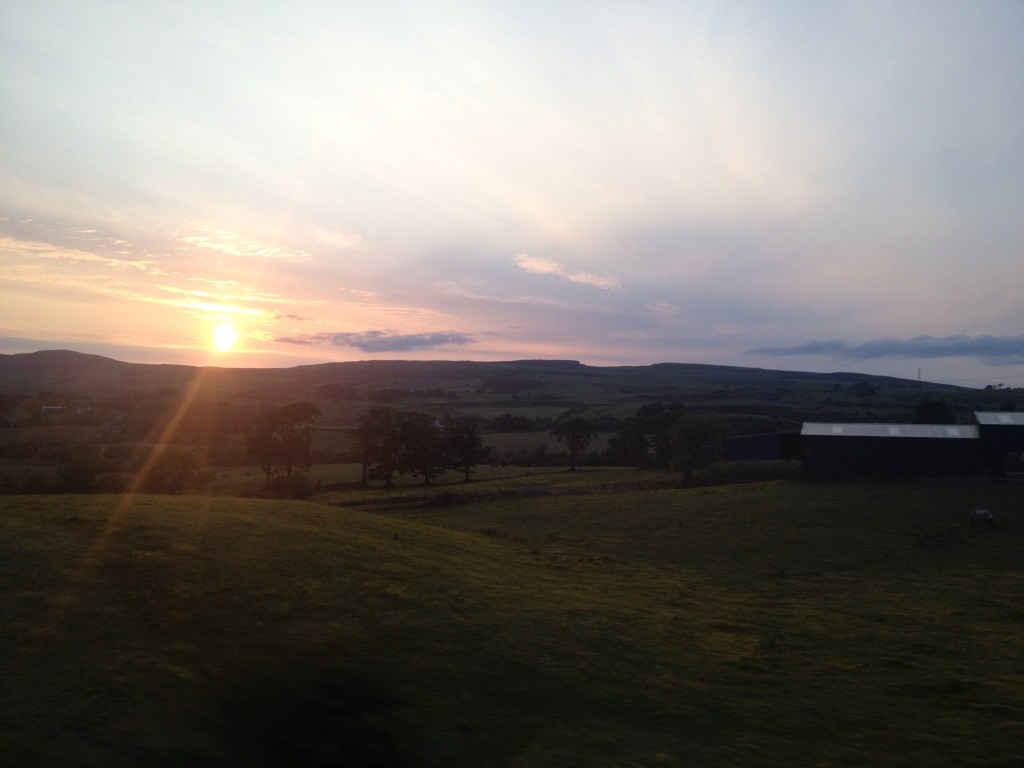 As night fell, we finally arrived to St. Andrews, where my Dad would get to play one of the oldest golf courses in the world!