This is the fifteenth post in a series about my 2013 trip to Ireland, Scotland and Great Britain. Part of the free plane tickets were funded by the 40,000 point sign up bonus of the Chase Sapphire Preferred card.

After two hectic weeks, we had finally made it to London, our final stop for the trip.  Originally we had planned to take the train in so I had booked the Hilton in Paddington Station for our first night. It was nice and I took advantage of several promotions you can read about in Eurotrip 2013: Part 2 – Planning for Hotels in Europe for Maximum Miles.  With my gold status we received free breakfast which was nice. We decided to take in some culture the next day and visit the museum of natural history. 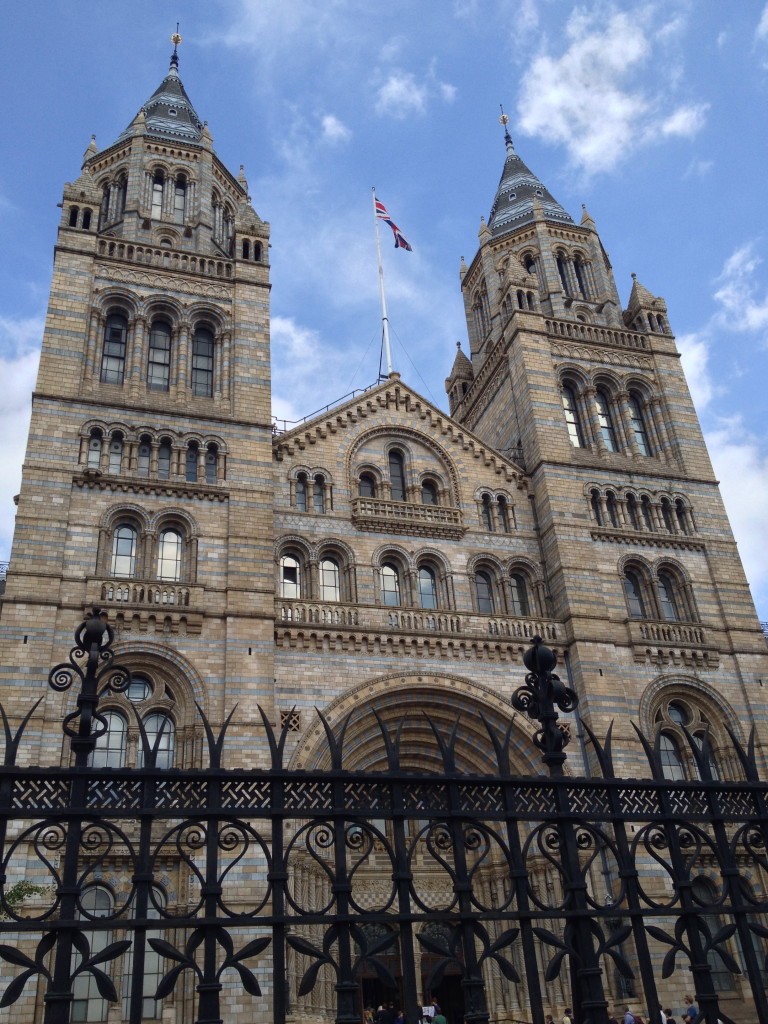 It was pretty cool with a giant dinosaur fossil in the grand foyer. 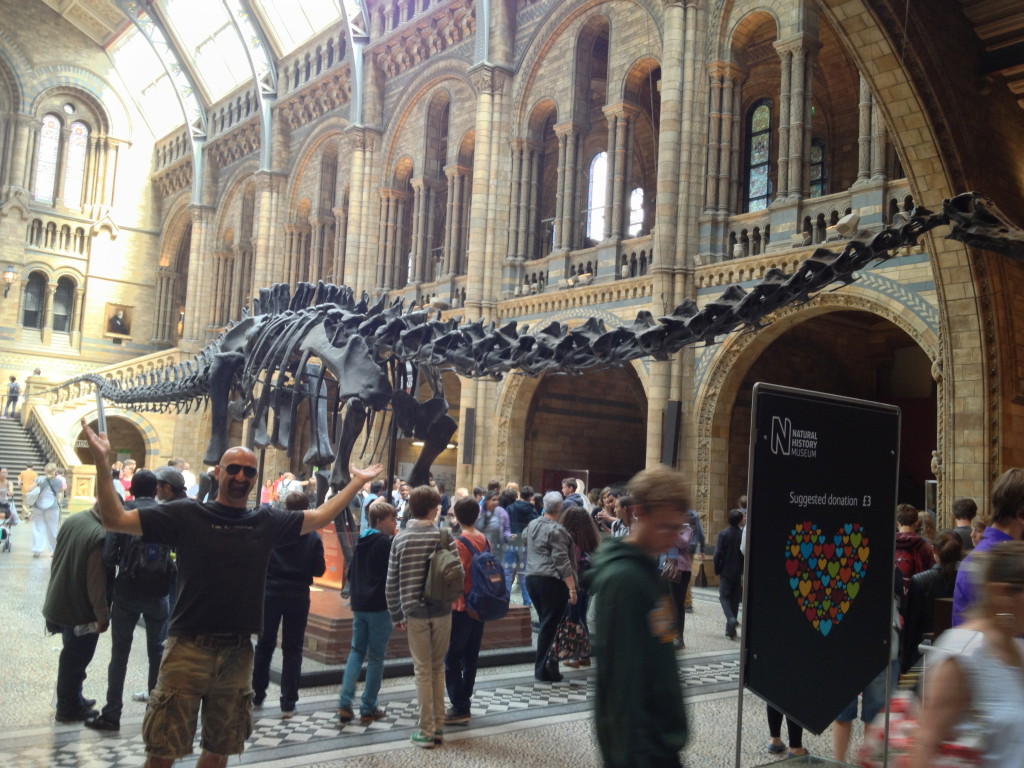 We just stayed the one night at the Hilton and then moved to a hotel a little closer to Wimbledon.  Since the rates were through the roof, I decided to use 88,000 of my Club Carlson points to secure two nights in a 328 GBP room at the Radisson Blu Edwardian Vanderbilt.  This gave me a value of 1.2 center per point which isn’t bad for Club Carlson.  I actually had bought 70,000 Club Carlson points during their flash sale for $280 so I ended up getting almost $1050 in rooms for $280 + 14,000 points.  This gave me a value of 5.5 cents per mile for the miles I actually used from my account which is pretty incredible.  The hotel was very nice but the rooms were quite small which I guess is standard in London.  I was certainly glad I wasn’t paying cash for the room when I saw it! The next day we went to London on the Debenture tickets my Dad had arranged before our trip.  There were 20+ courts of action and some of them you could get quite close! 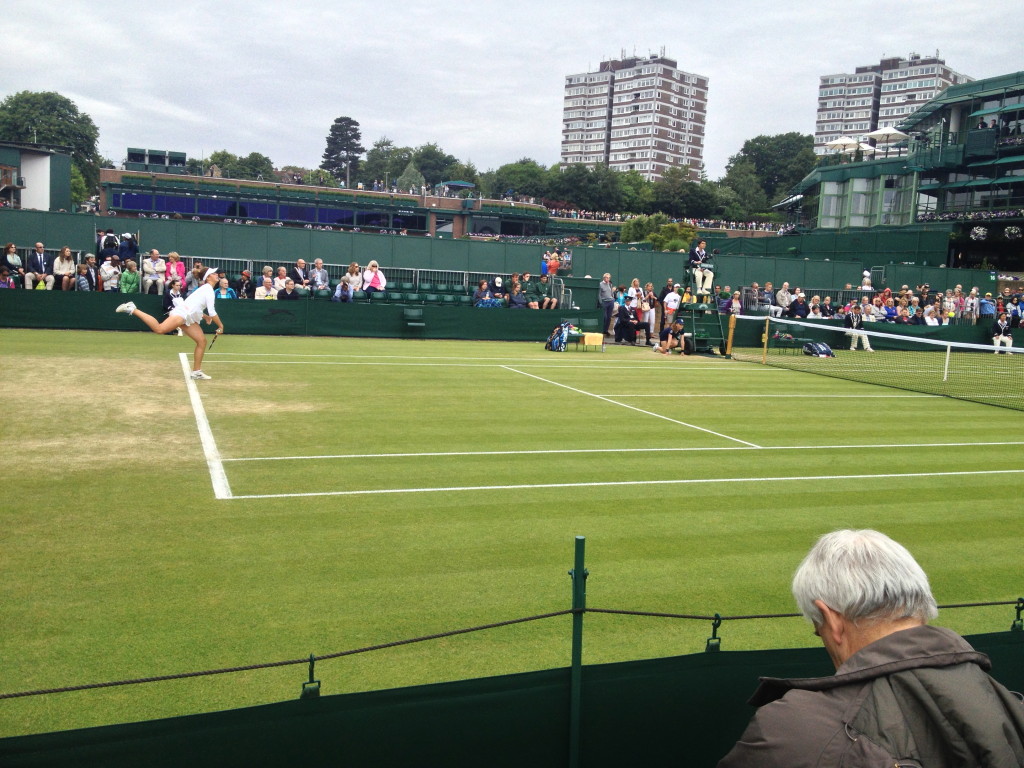 We of course had to get our Pimm’s and Strawberries and Cream. They also had a champagne bar of course! 🙂 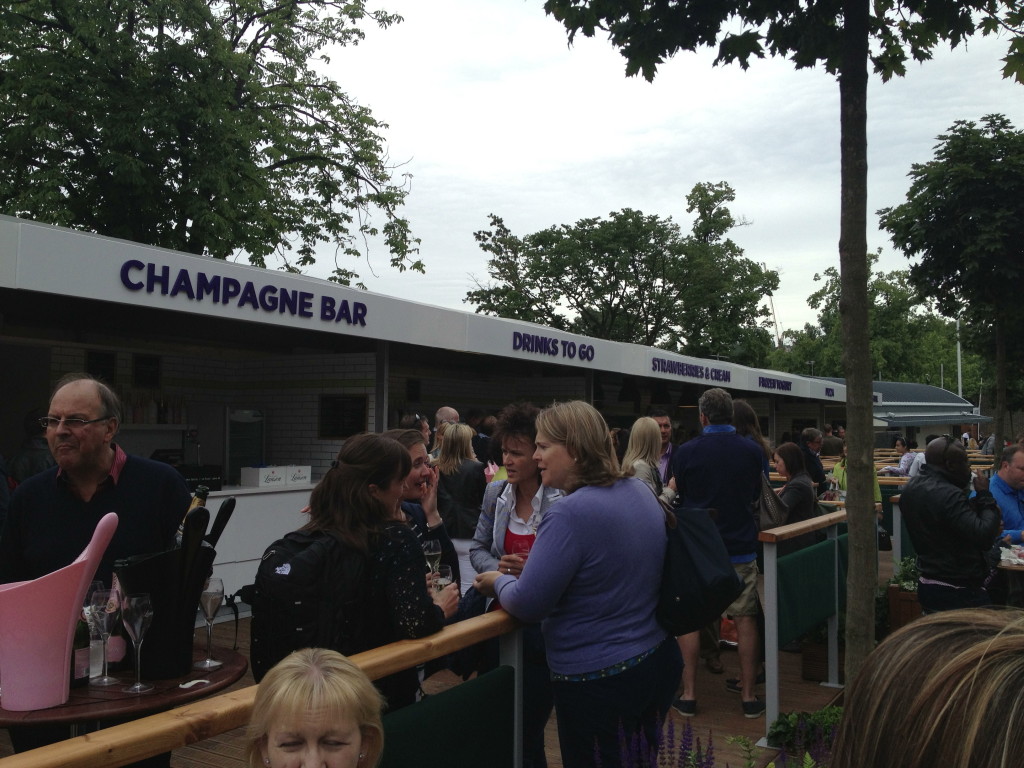 We watched the Ladies quarterfinal match between Radwanska and Li. 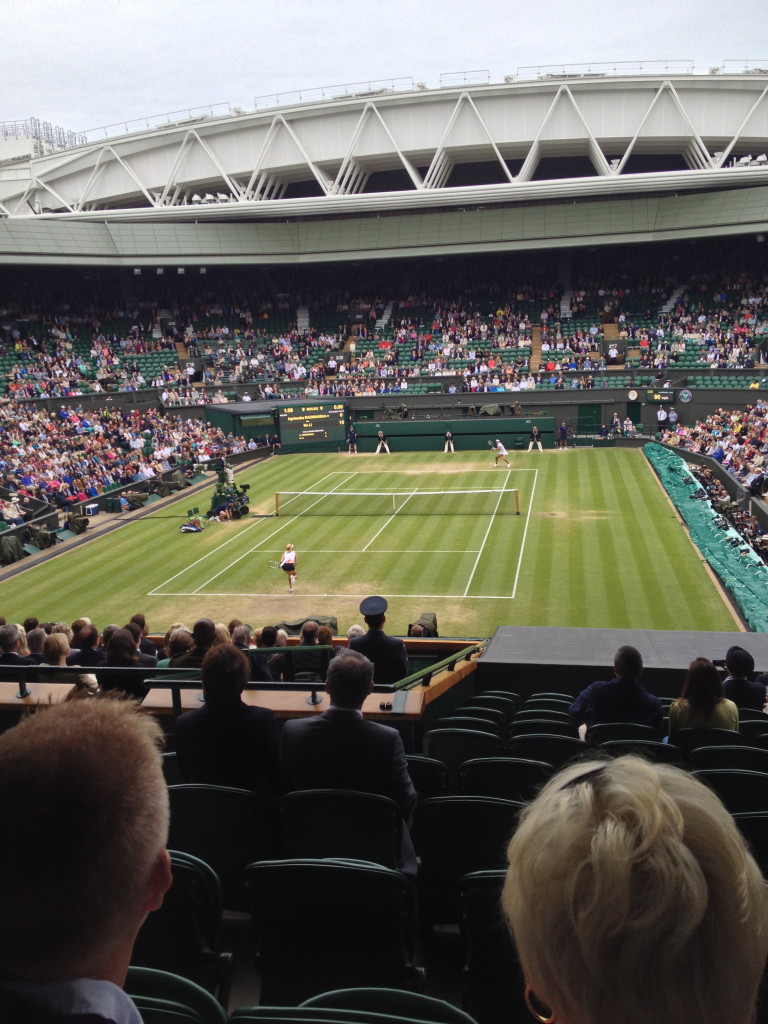 It was quite busy that day. 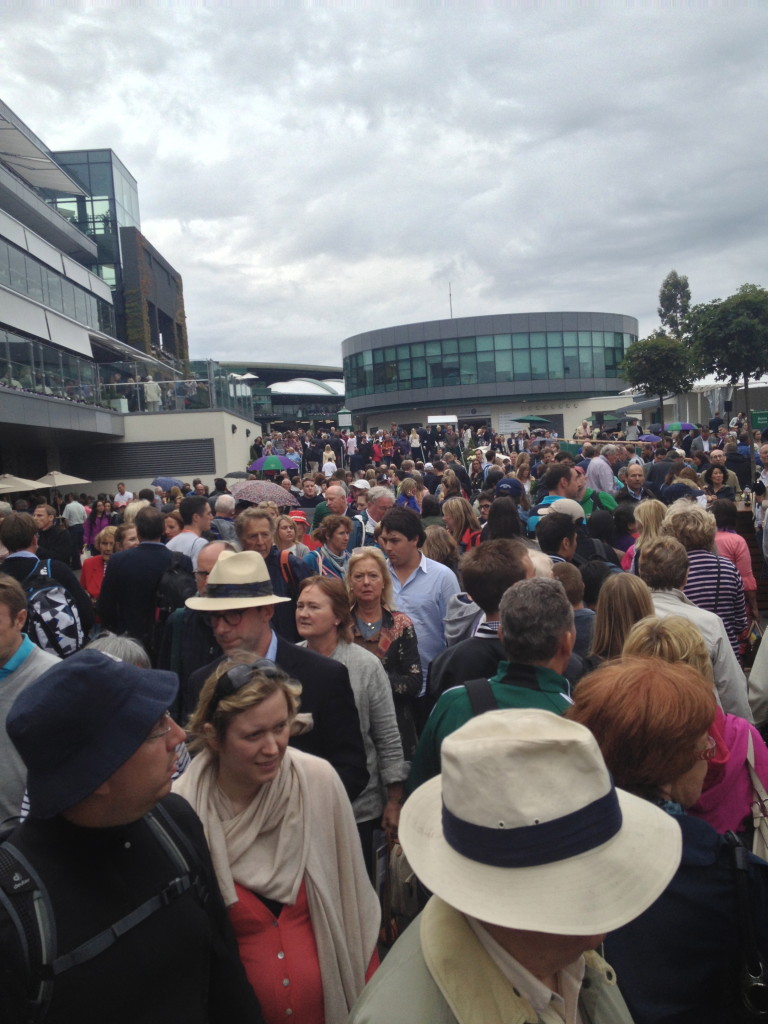 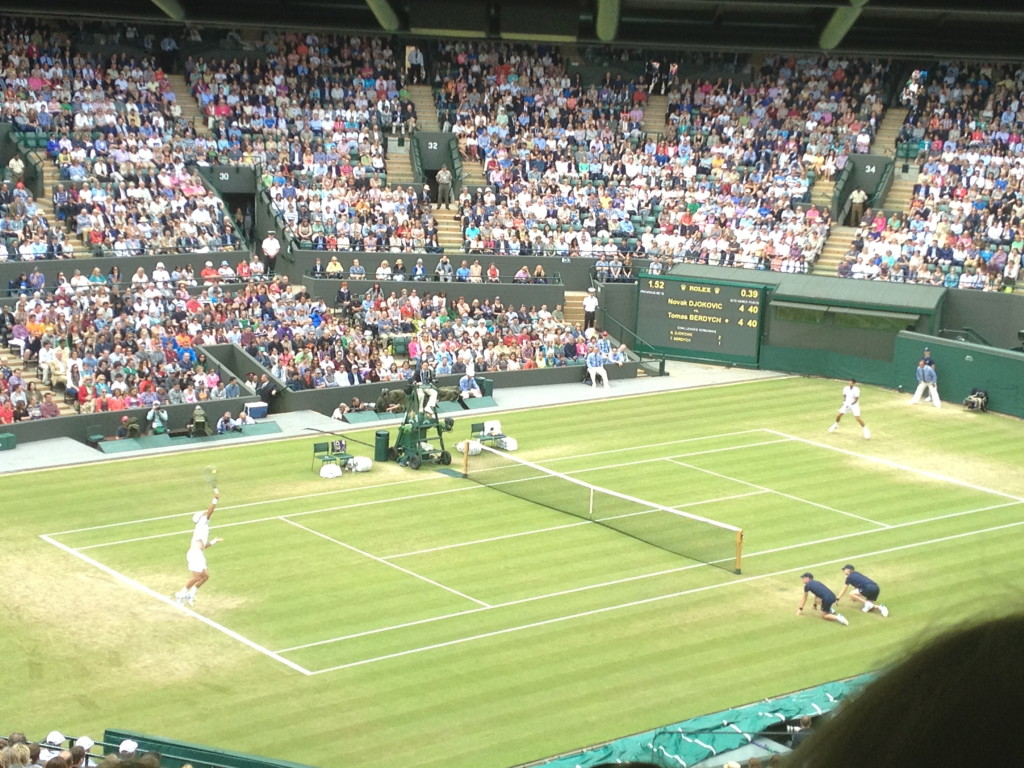 After this we wandered around the grounds a bit and took in the scenery. 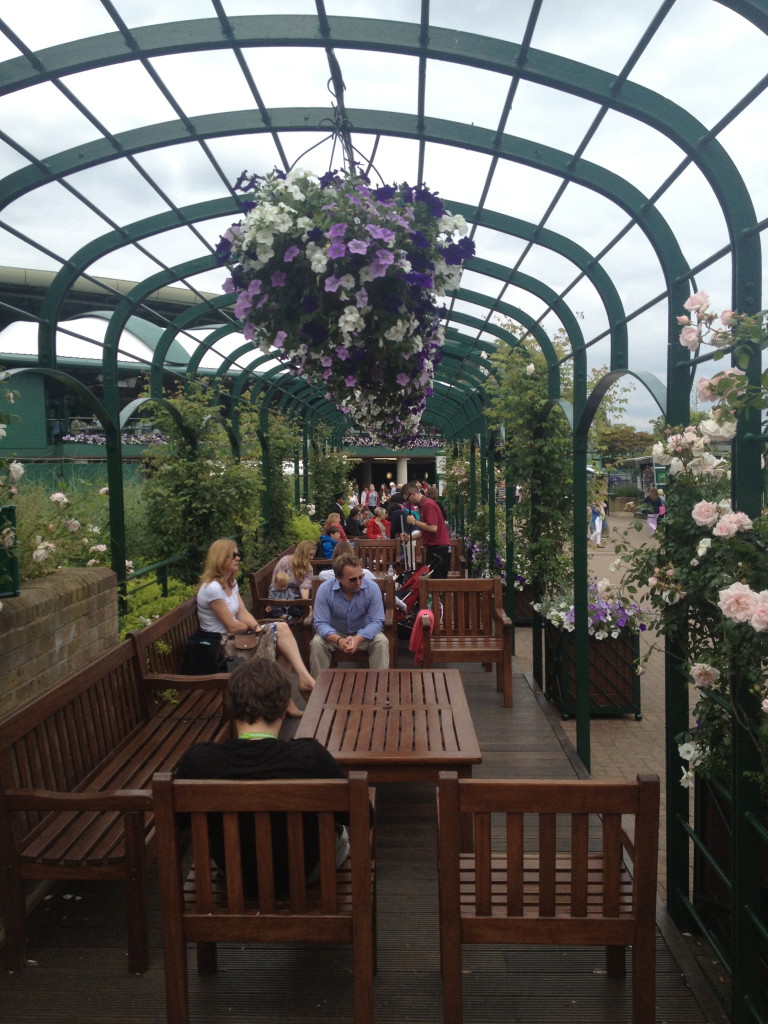 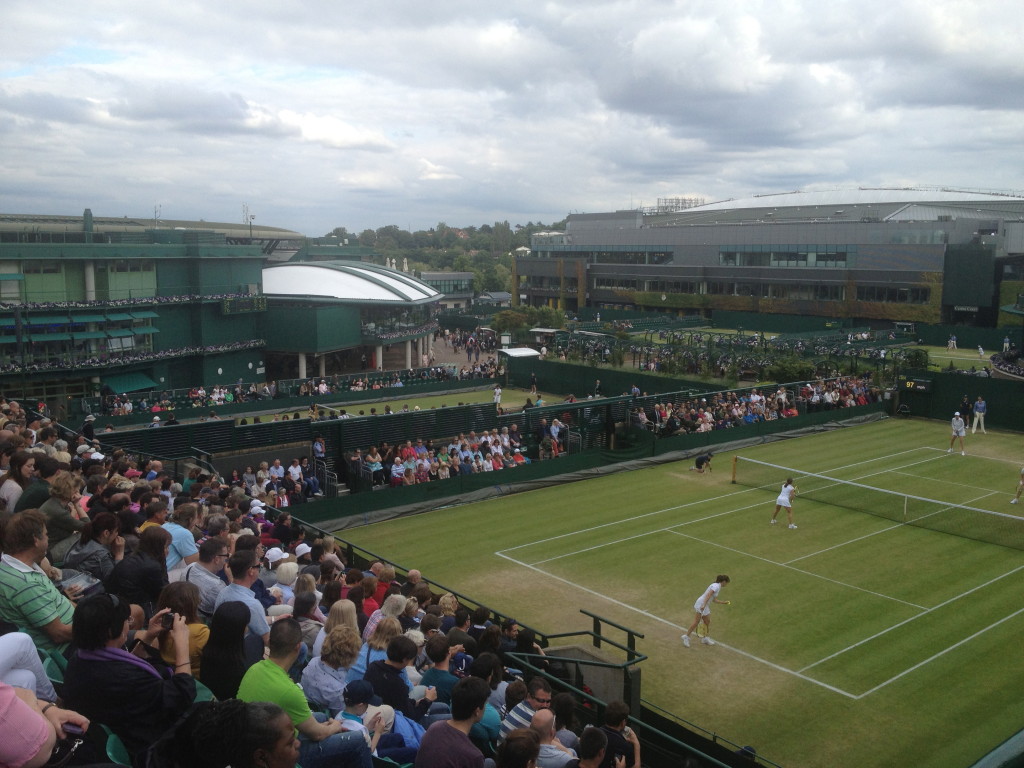 We also saw a pretty incredible match took place with the local hero Andy Murray coming back to win after being down two sets. It was packed in the arena but everyone gathered on the Henman Hill to watch it. 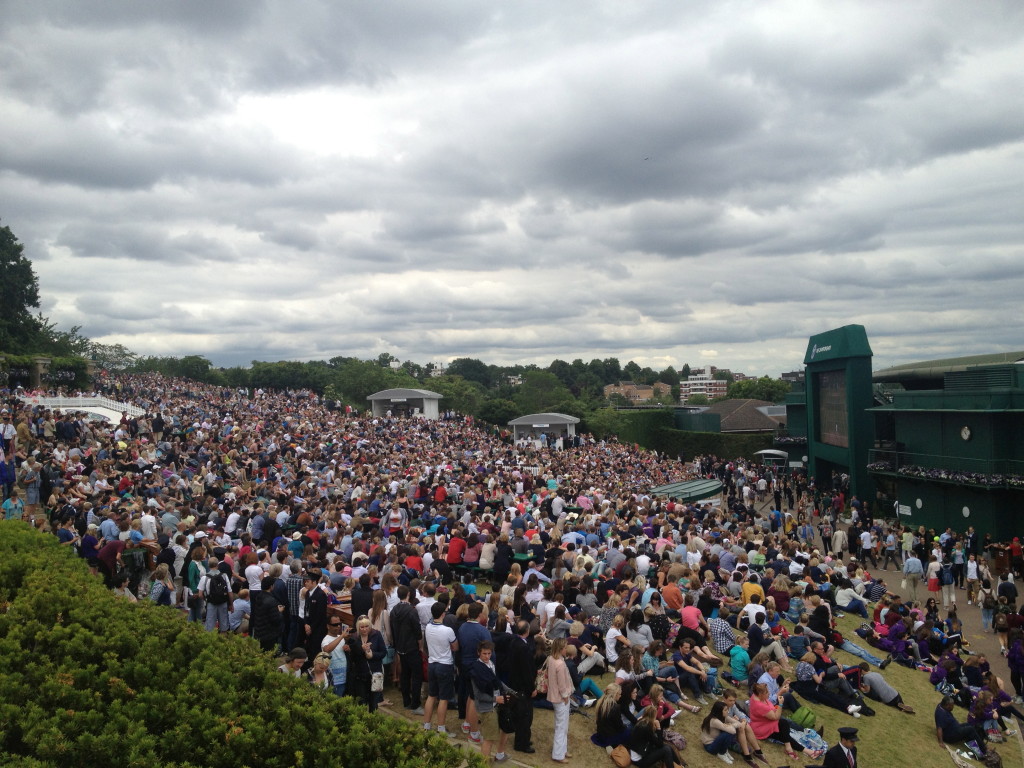 It was quite a scene and a great way to finish off our Wimbledon experience.  We moved to a Marriott by the Heathrow Airport for out last night since our flight left earliesh the next day.  I used another 9000 British Airways miles to get back to Dublin where we picked up our previous itinerary on Lufthansa.  Next stop, Frankfurt!