This is the seventh post in a series about my 2013 trip to Ibiza for the closing parties. Part of the free plane tickets were funded by the 40,000 point sign up bonus of the Chase Sapphire Preferred card. I redeemed 135,000 points for First Class flights from Miami to Ibiza on Lufthansa.

When you book last minute, you are often at the mercy of what equipment is available in the class you are flying in.  In my case, First Class was available for both leaving and returning, but only one of them had the new First Class configuration.  Coming back from Frankfurt to Toronto was in their old First Class on an Airbus A-340.  Well, my loss is your gain because now you get a review of both the new and the old!  The old Lufthansa First Class is a “Throne” configuration instead of the “Capsule” configuration of the new. This type is actually a bit more comfortable in the seating position and it feels like a big Lay-Z-Boy chair. 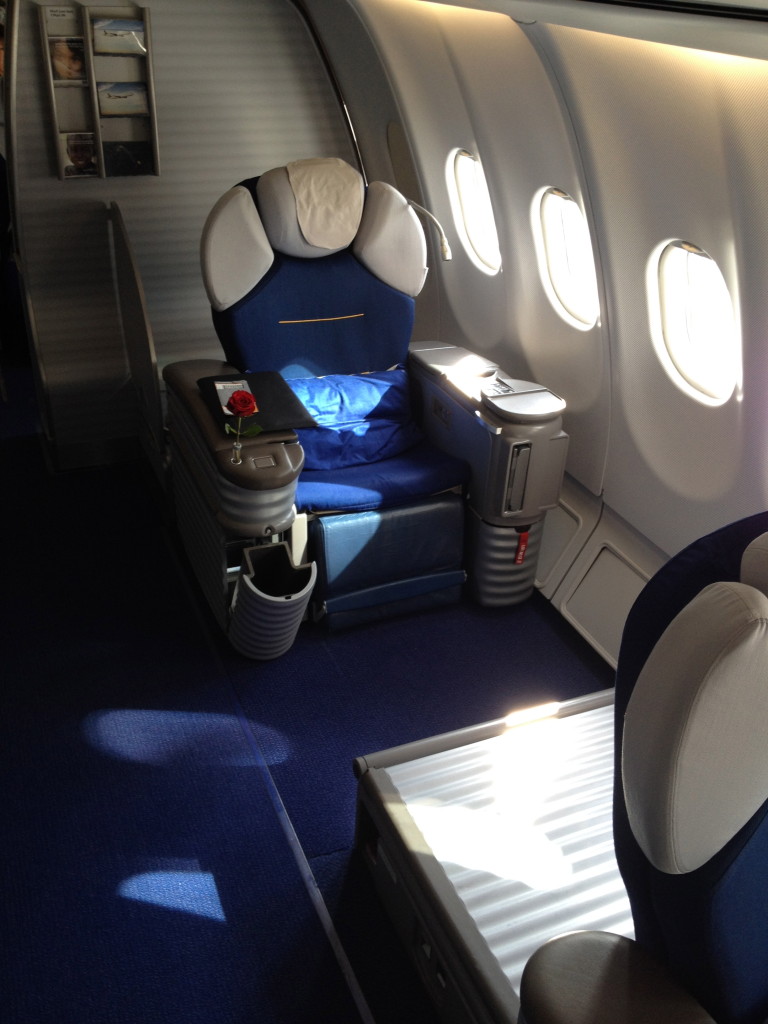 It has this strange metal box towards the front part of the seating area that is used when putting the seat into the fully lie flat bed position. 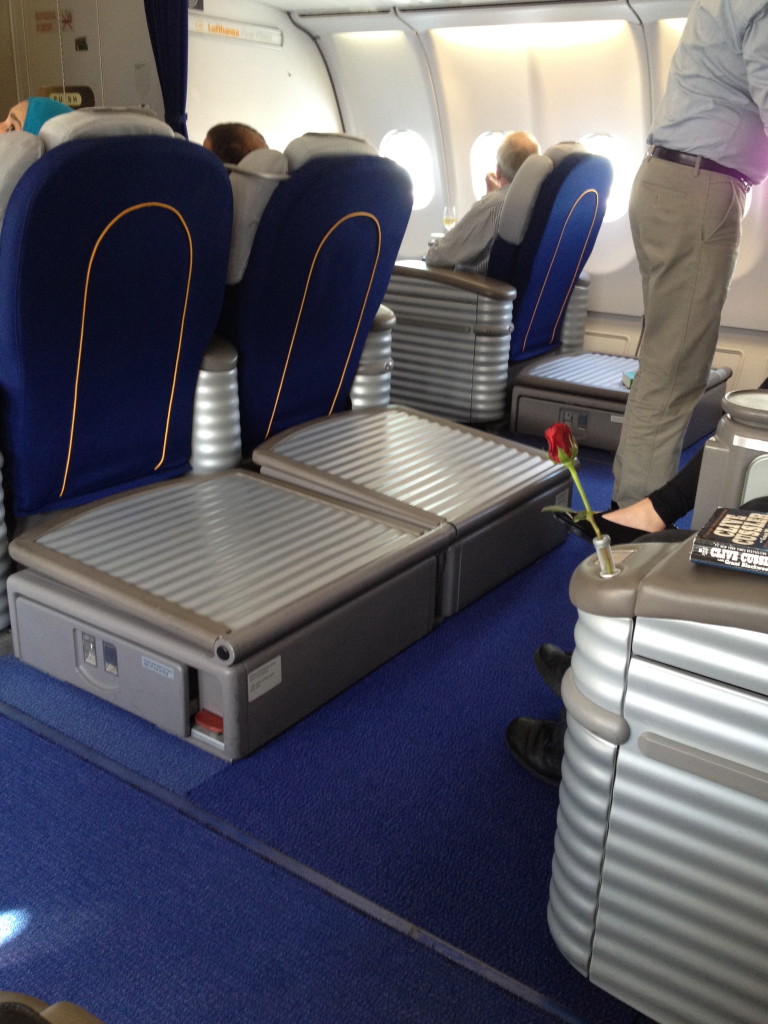 Lufthansa gave the first class cabin an amenity kit by Bogner that included lotions, toothbrush and toothpaste, socks and a hairbrush. 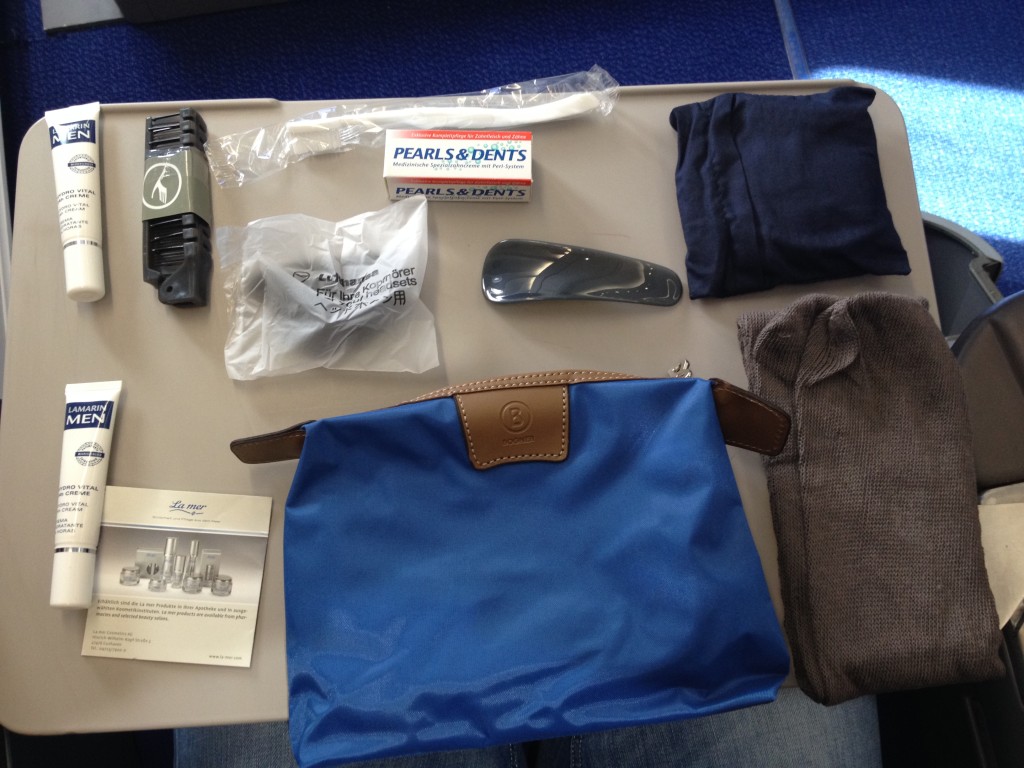 I’m not much of a champagne and wine connoisseur, but I did try some bubbly before takeoff.  When in Rome….. 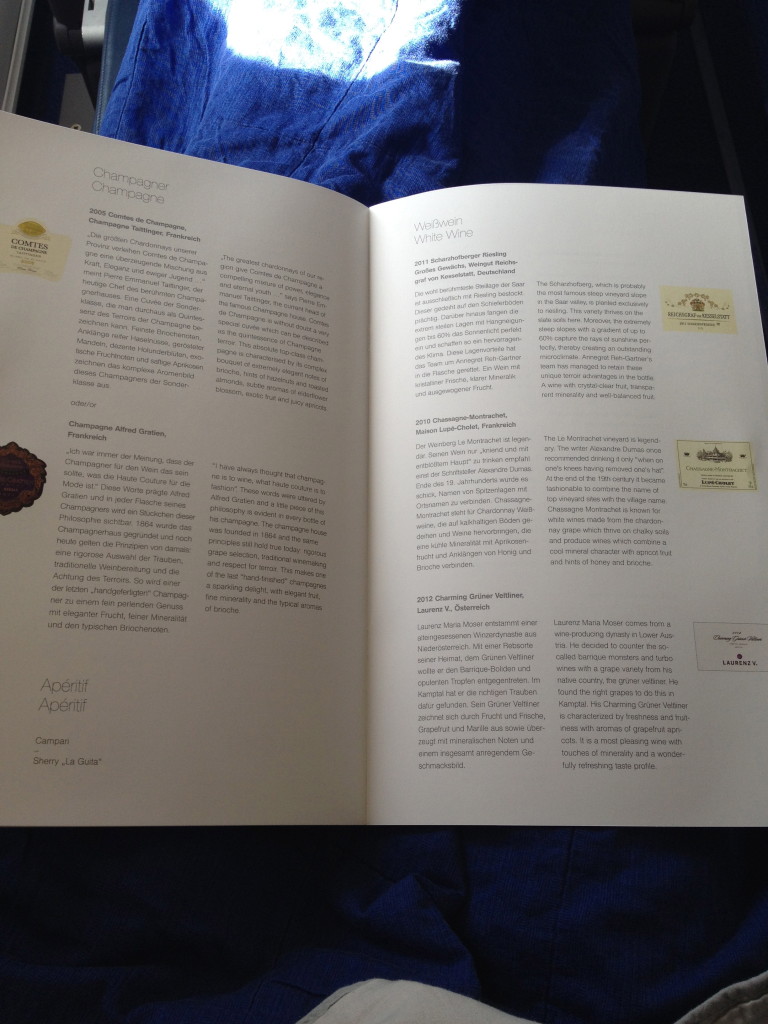 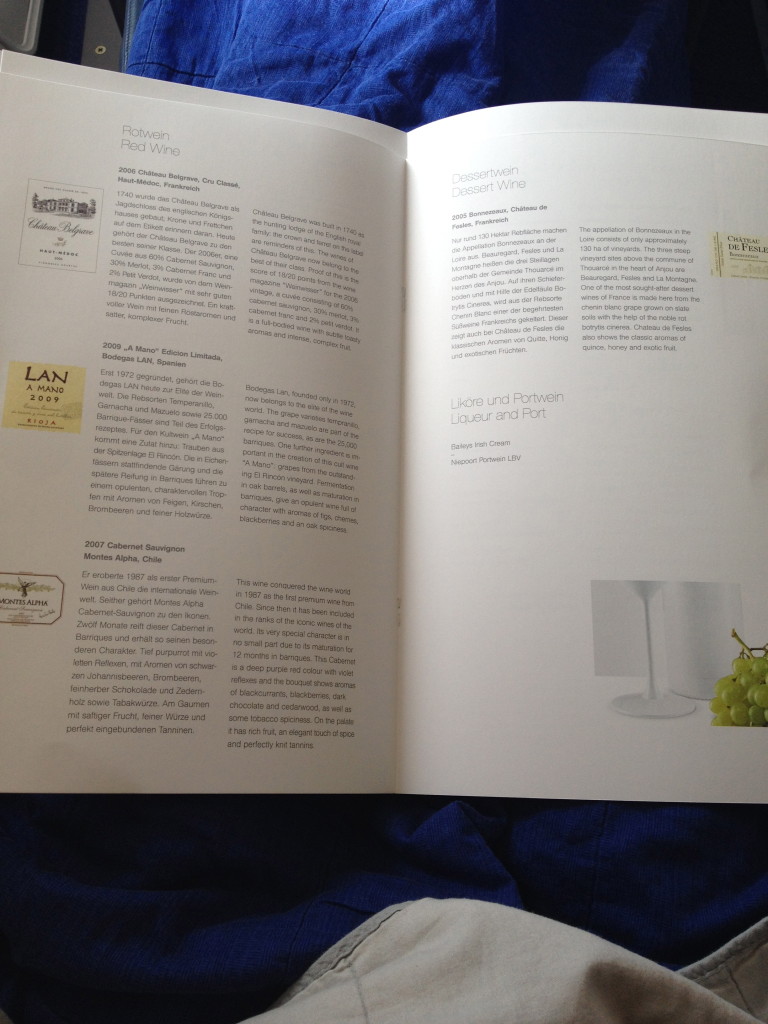 I did try their special “Monthly Proposal” which was called Etter Vielle Quitte, Schweiz and made from pear quinces.  It was quite tasty but strong!  Whiskey fans will note that Jack Daniel’s Blue Label is available. 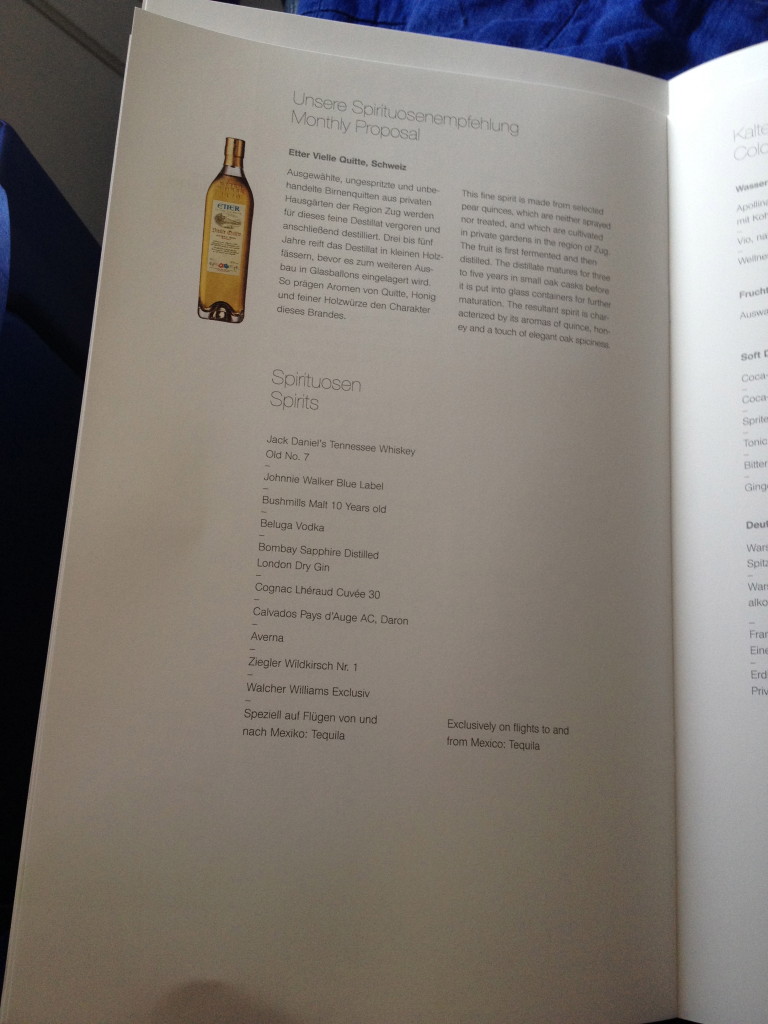 The menu looked quite good but they were surprisingly out of the lamb shank by the time they came to me since I was at the back of the First Class section. 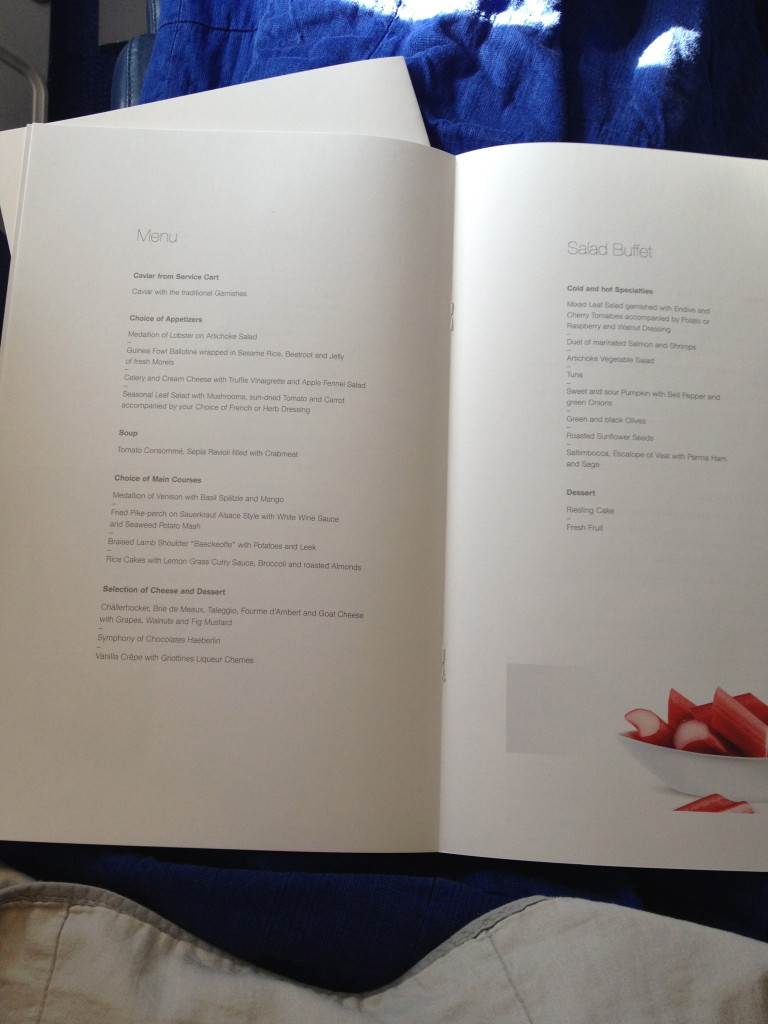 It started out with the usual caviar service to go with my champagne. I skipped the vodka sidecar this time. 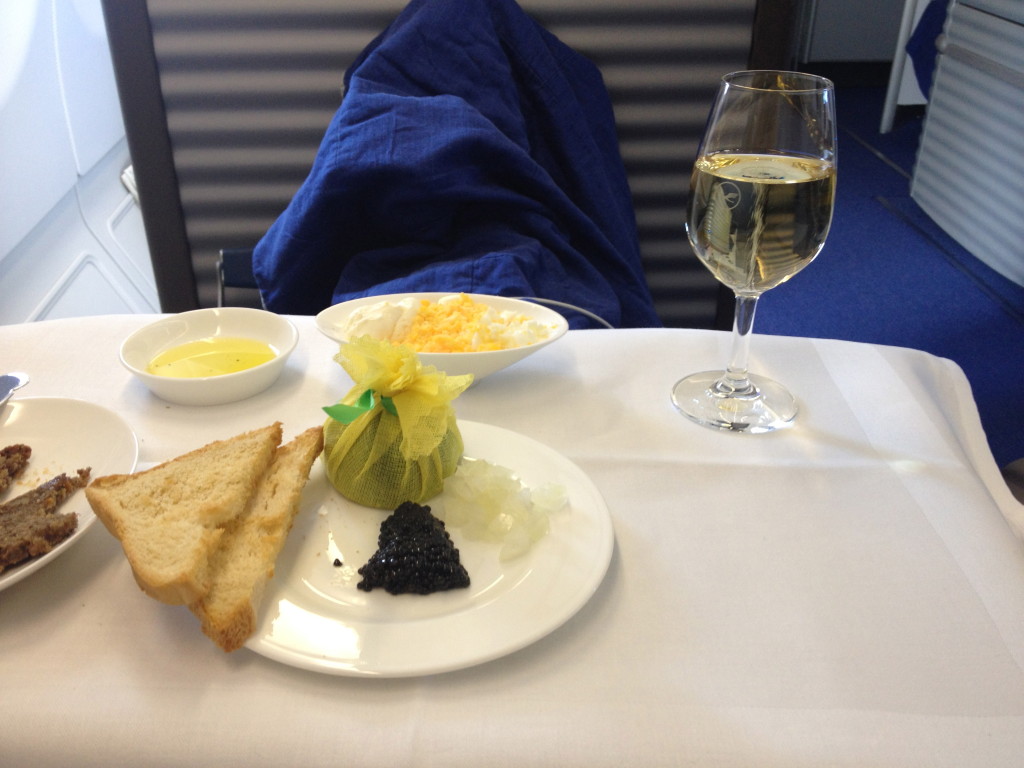 In an attempt to make up for not having the Lamb Shank main course, they brought me all of the starters which I didn’t complain about. I liked the lobster and artichoke salad the best. 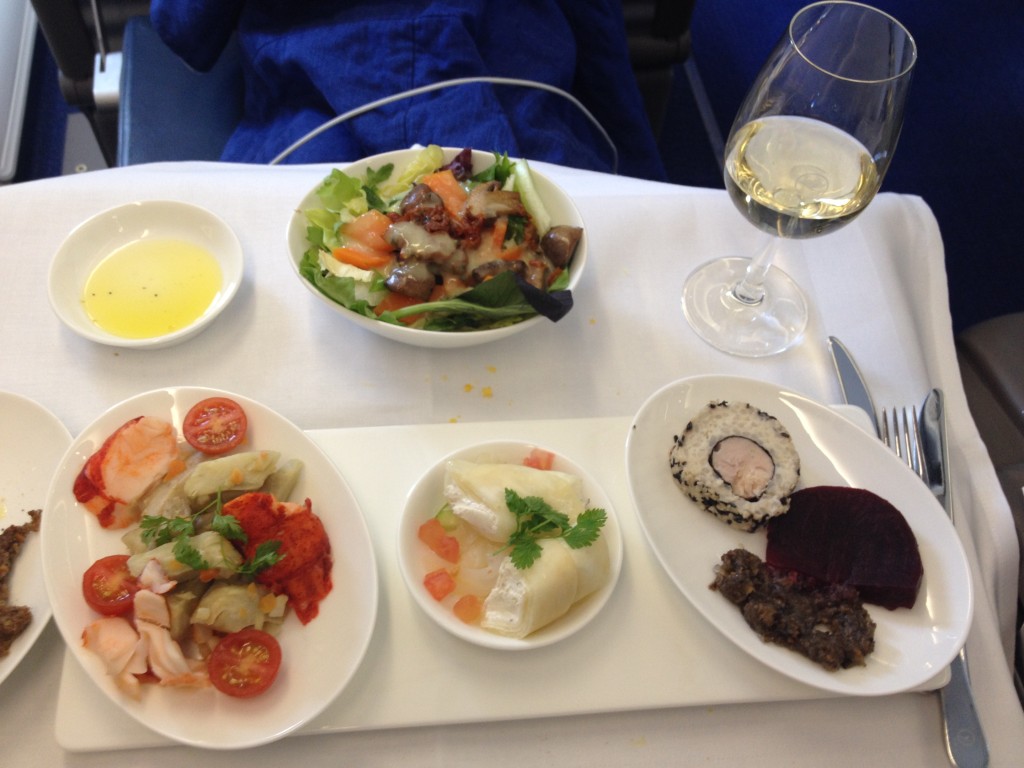 I don’t normally include bathroom photos, but when there is a window in the bathroom, I think it warrants a shot! 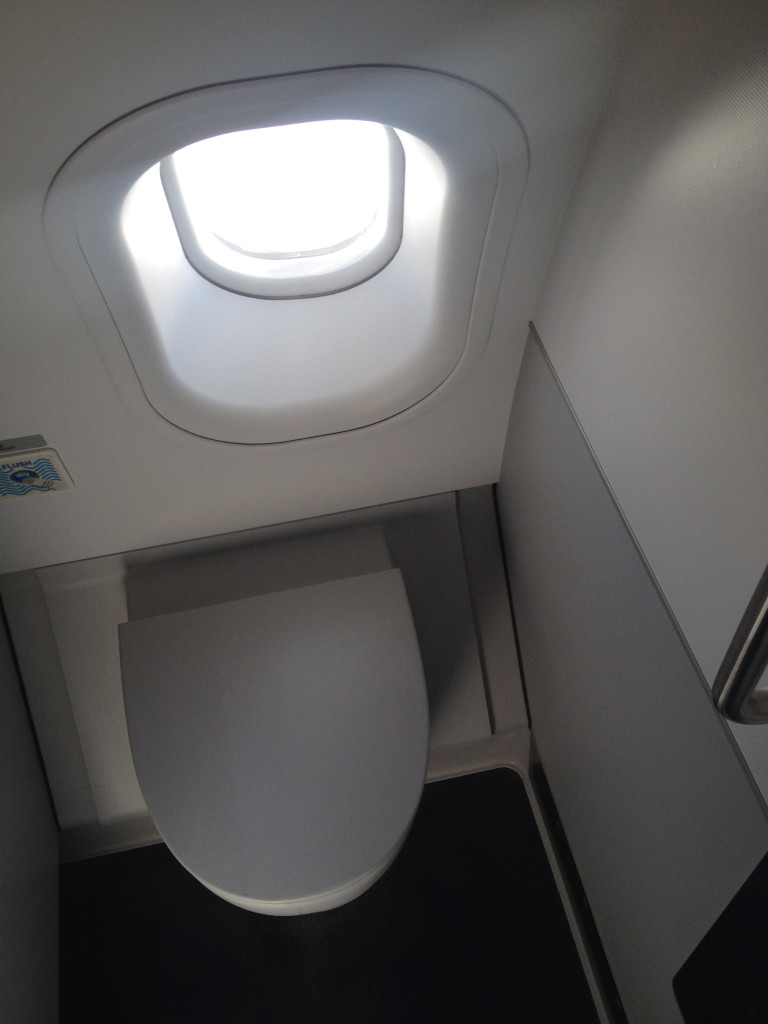 And here is the seat in the fully flat bed position which was comfortable enough to get several hours of sleep on the way to Toronto. 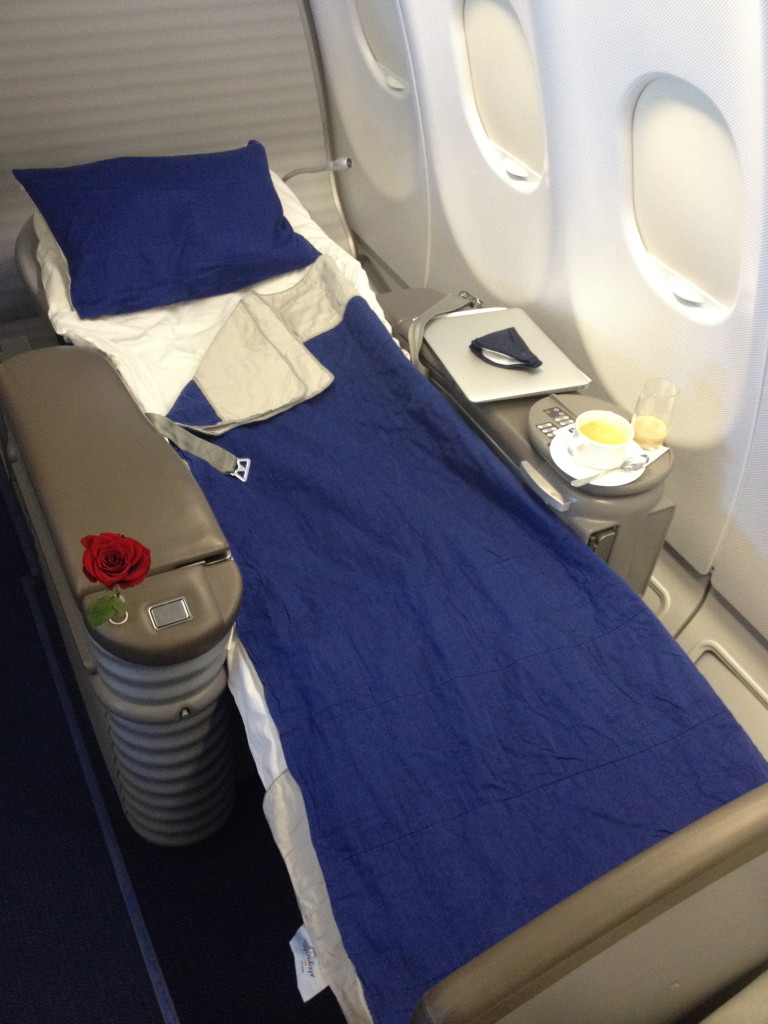 I actually am doing one more quick article in this series on the lounge in the Toronto airport.  That should be up in a few days.