This is another article in our No Credit, No Problem series that don’t require any special credit or credit card to earn miles!

American Airlines  is having a great promotion right now for US residents through May 23, 2014 where you can get 1200+ free AAdvantage miles by answering some trivia and doing some other social networking tasks.  It took me about 20 minutes to complete.  Here are the answers to some of the trivia questions for your easy access (hat tip to therewardboss.com for the answers to the questions). 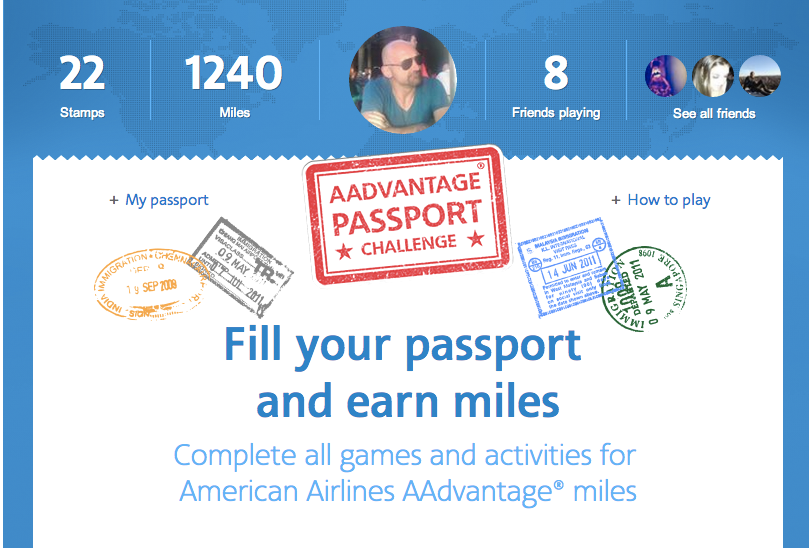 Q. The new American is the world’s largest airline operating nearly 6,700 flights. How many locations and countries are served?
A. With nearly 6,700 daily flights to more than 330 destinations in more than 50 countries worldwide.
Q. The new American has more hubs and more flight options. What are our combined hubs?
A. DALLAS/FORT WORTH (DFW), LOS ANGELES (LAX), NEW YORK KENNEDY (JFK), MIAMI (MIA), CHICAGO O’HARE (ORD), CHARLOTTE DOUGLAS (CLT), PHILADELPHIA (PHL) AND PHOENIX (PHX)
Q. The regional partner carriers for American Airlines and US Airways will eventually fly with a single livery and one name. What will that name be?
A. American Eagle
Q. You just booked a flight operated by US Airways on AA.com. Where can you find information about your travel?
A. aa.com/findyourway
Q. You can earn AAdvantage miles when you fly on which of the following carriers?
A. All the above

It is completely free miles, so why not get started now?