This is part 12 of a series on my trip to Austria, Germany and China.

I arrived in Xi’an (pronounced SEE-ANN) via high speed train and made my way to my hotel, the Ibis Heping Gate, which I booked on Expedia at a rate of $31/night with 5% cashback through UPromise.com.  It ended up being a bit of a walk from the Metrostation and I would probably recommend a taxi if you have luggage. I passed some interesting passenger bridges along the way… 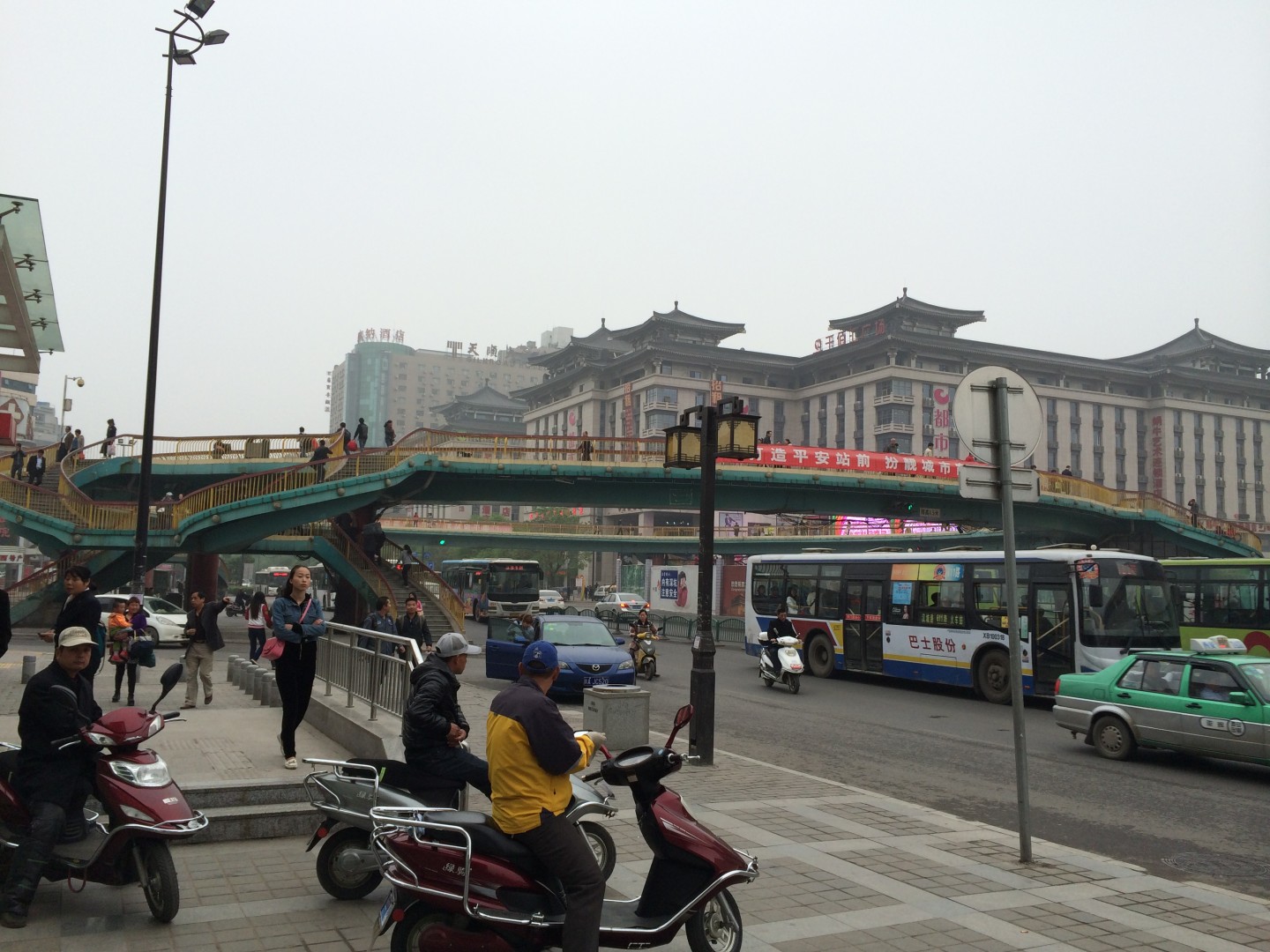 In the Ibis elevator, I had to take a picture of this awesome sign. 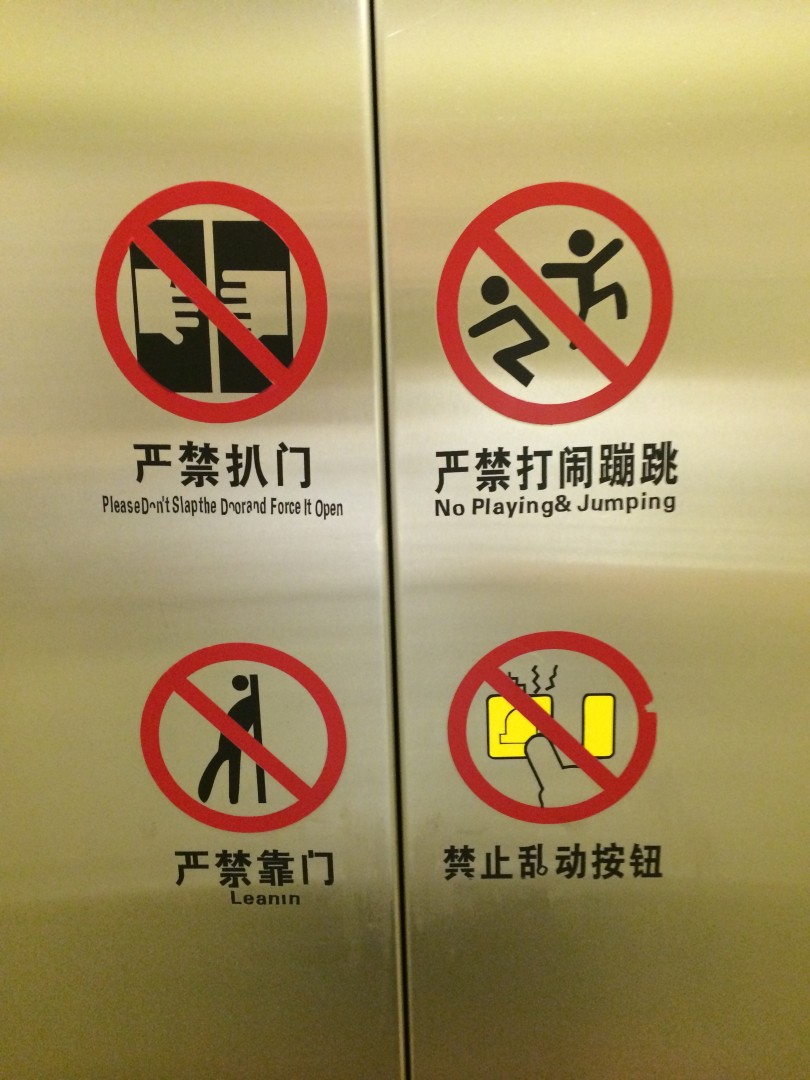 The next morning, I took the tourist bus (which leaves from the train station) to the area east of Xi’an where the Terracotta warriors were discovered in 1974.  Hard to believe that no one even knew about this amazing feat before then!  This was built as a tomb for the First Emperor of a unified China, Emperor Qin. He ascended to the throne when he was only 13 and immediately ordered the start of construction on his tomb.  He was advised that whatever he was buried in his tomb with would go on with him to the afterlife which is why he decided to bury thousands (estimated 10,000) of these Terracotta Warriors to protect him after his death, including some people and horses alive.  700,000 people worked on his tomb during his life and after his death.  This is Pit 1. 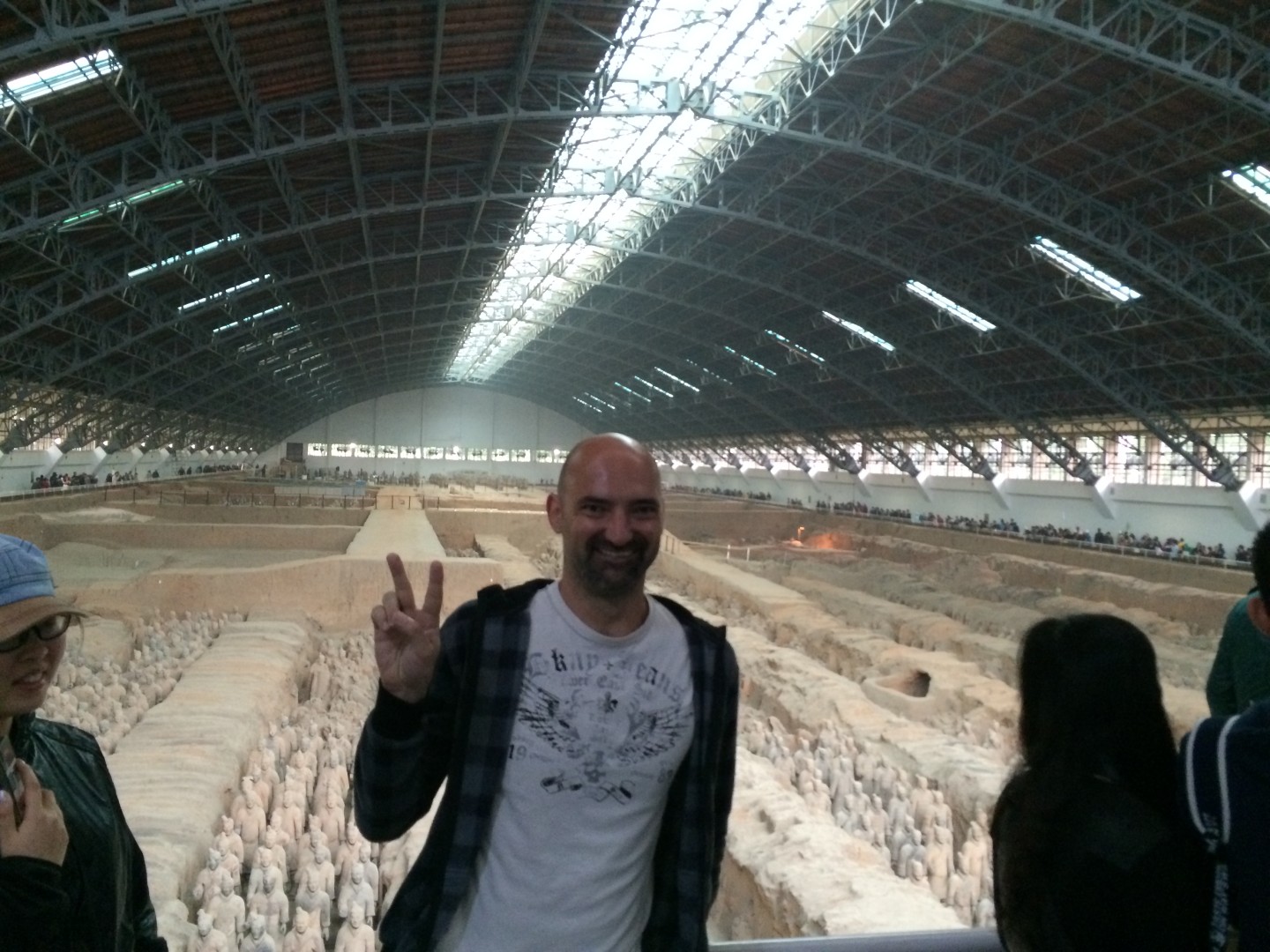 And a video of me walking into the main room for the first time.

Notice how each of them has a different face and hair style. 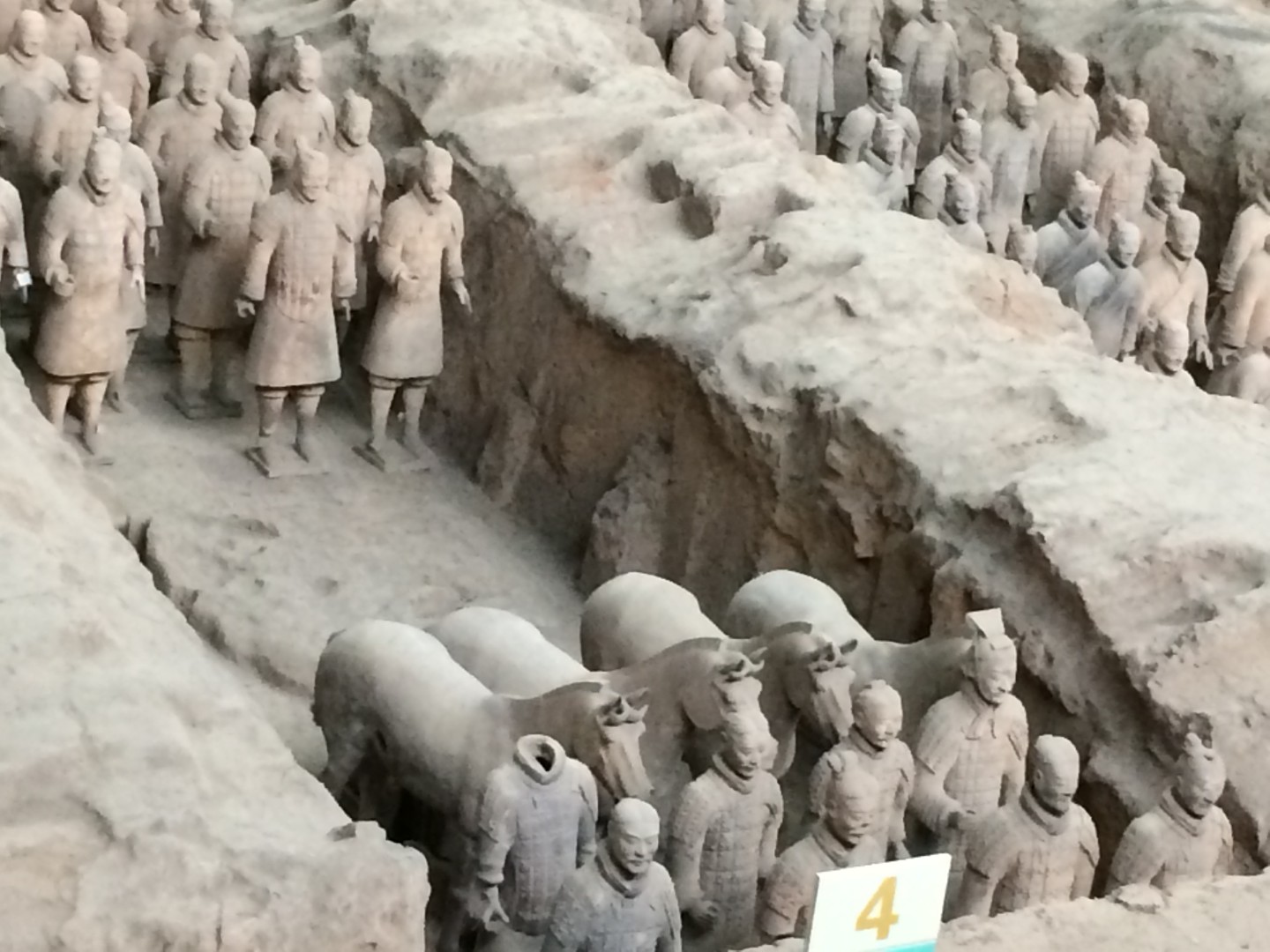 It was raining a bit but I still headed outside and took a walk around the grounds.

When I got back to town I grabbed a bite to eat and took pictures of some of the random things I saw.

The next day I walked along the old inner city wall and took in some great views of the old and new city.

On my way home, I saw a familiar sign in an unfamiliar place so I had to go in and check it out! 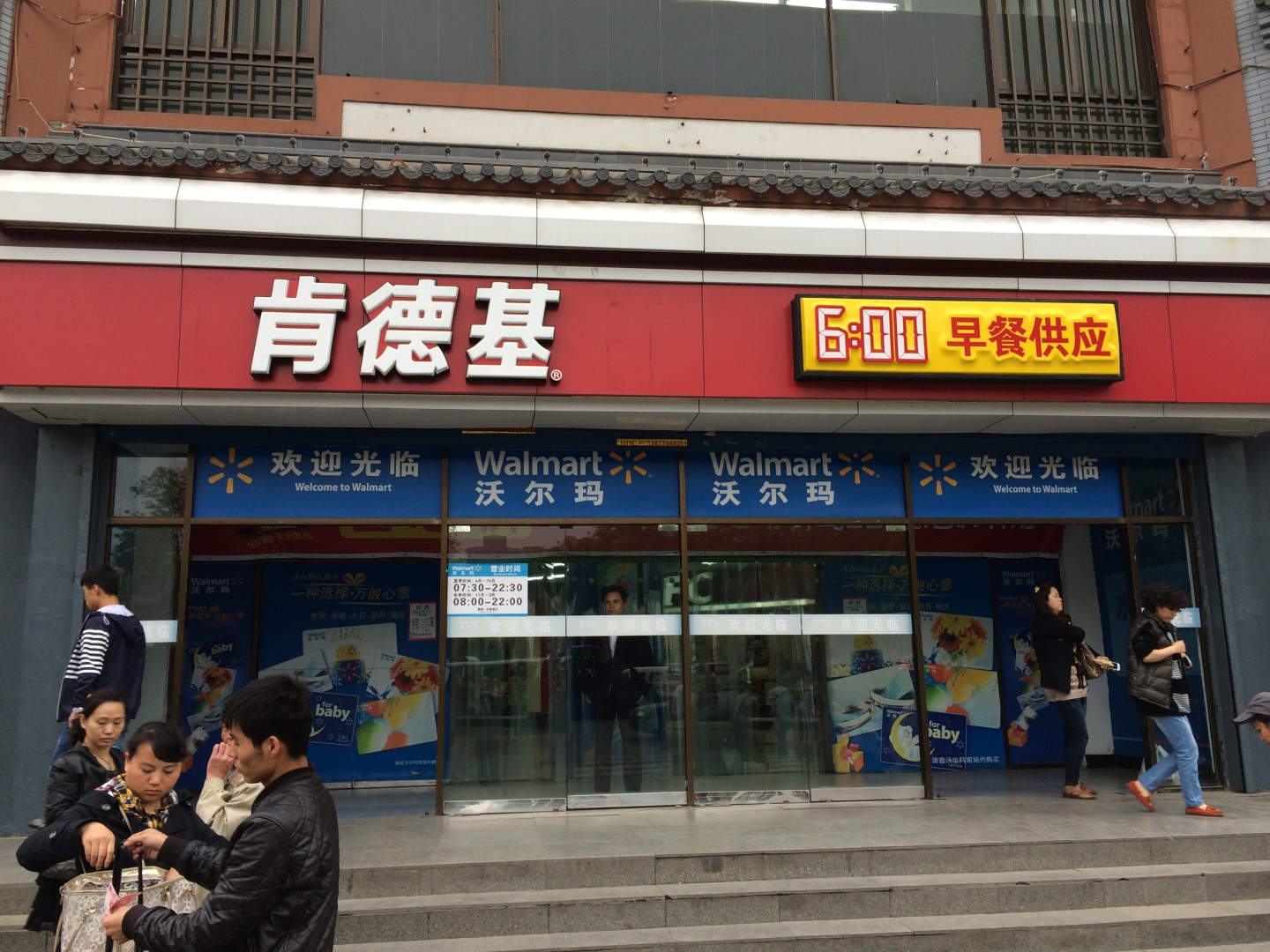 This wasn’t your American neighborhood Walmart! (and I couldn’t get money orders like I do in the US!)

My last day I checked out the Bell Tower, the Muslim Quarter, the Great Mosque of Xi’an and wandered around trying fun foods.

On my next to the last day in Xi’an, I figured out that I would only have time to see either the Tianzi Mountains (numbers 1, 4, and 12 in my 12 sights I wanted to see) or Leshan (numbers 3 and 5 in my 12 sights I wanted to see). I ended up deciding to go the Pandora like mountains of Zhangjiajie and skipped Leshan which would end up being a mistake.  Getting from Xi’an to Zhangjiajie would have taken a lot of time via train (because there wasn’t high speed service) so I decided to pick up a one way flight from Xi’an to Dayong for $138 on China Eastern Airlines.  In my normal fashion, I ended up getting to the beautiful new airport with only minutes to spare, but made it on my flight. 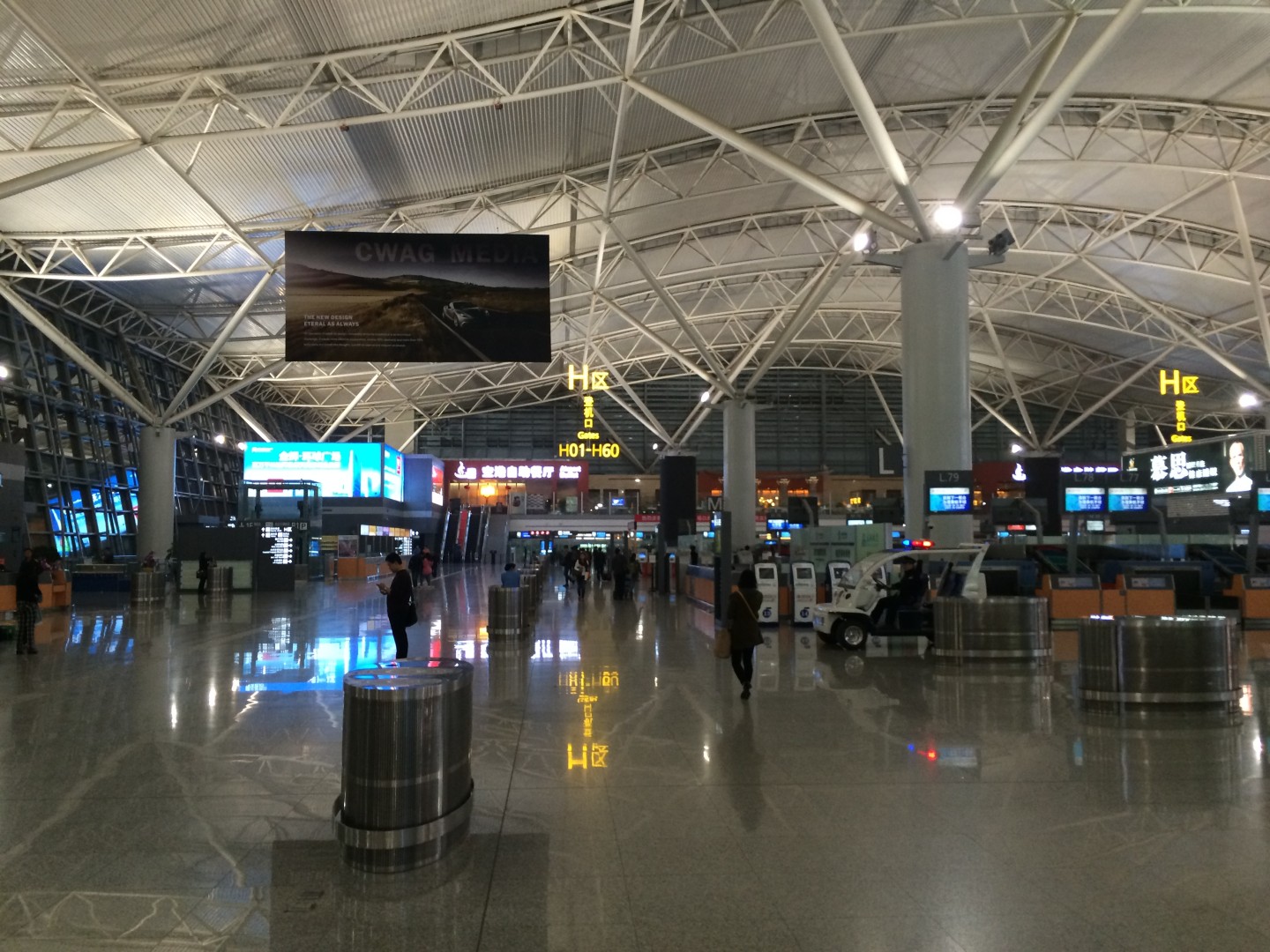